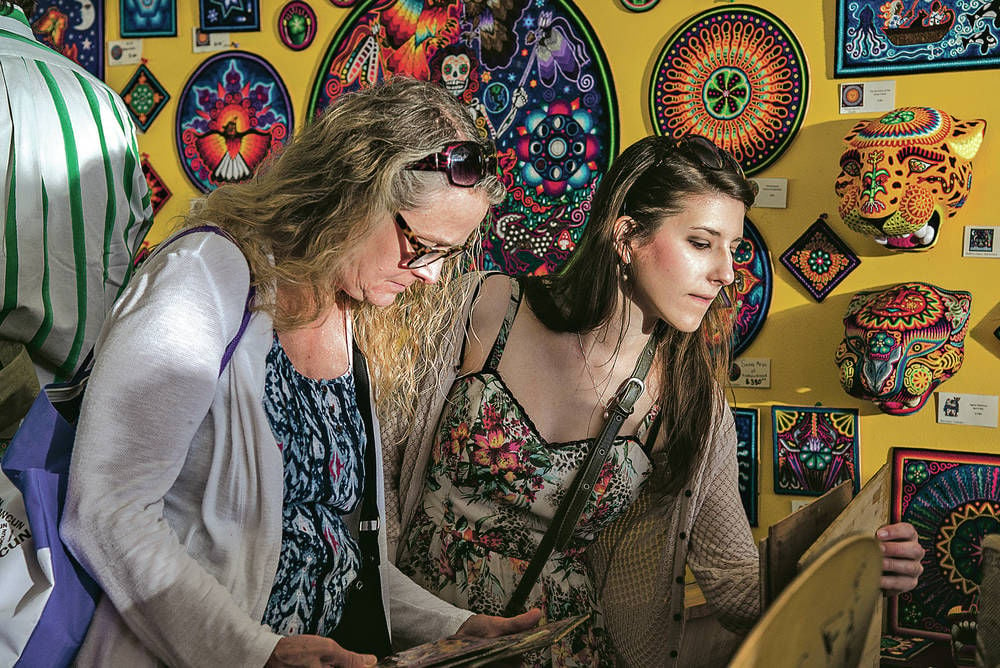 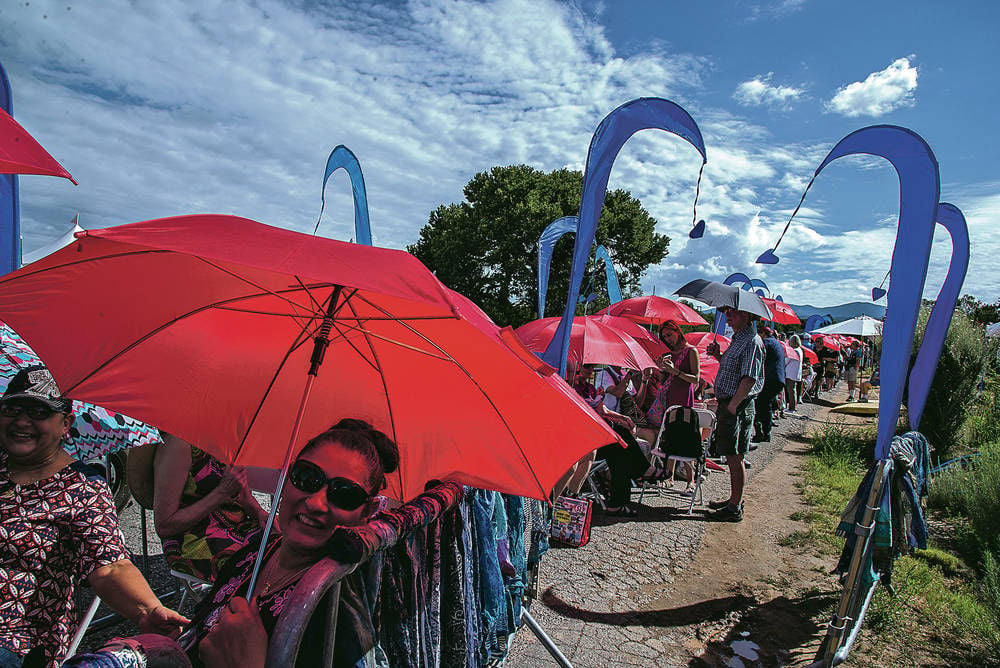 Mary Lou Robbins of San Angelo, Texas, and hundreds of other attendees wait for the gates to open Saturday for the 14th annual Folk Art Market on Museum Hill. Luke E. Montavon/For The New Mexican 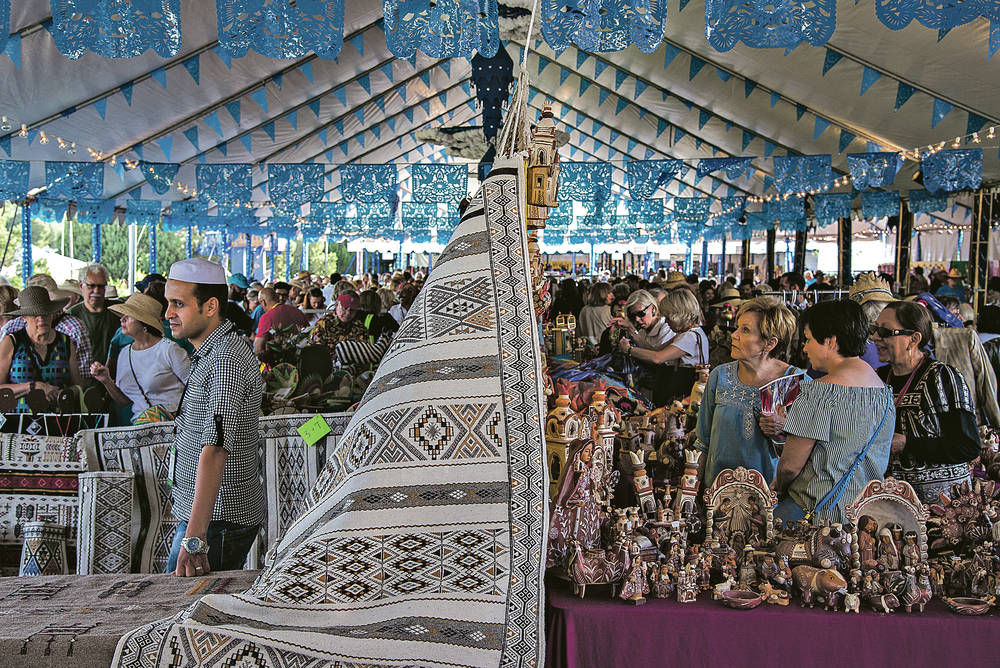 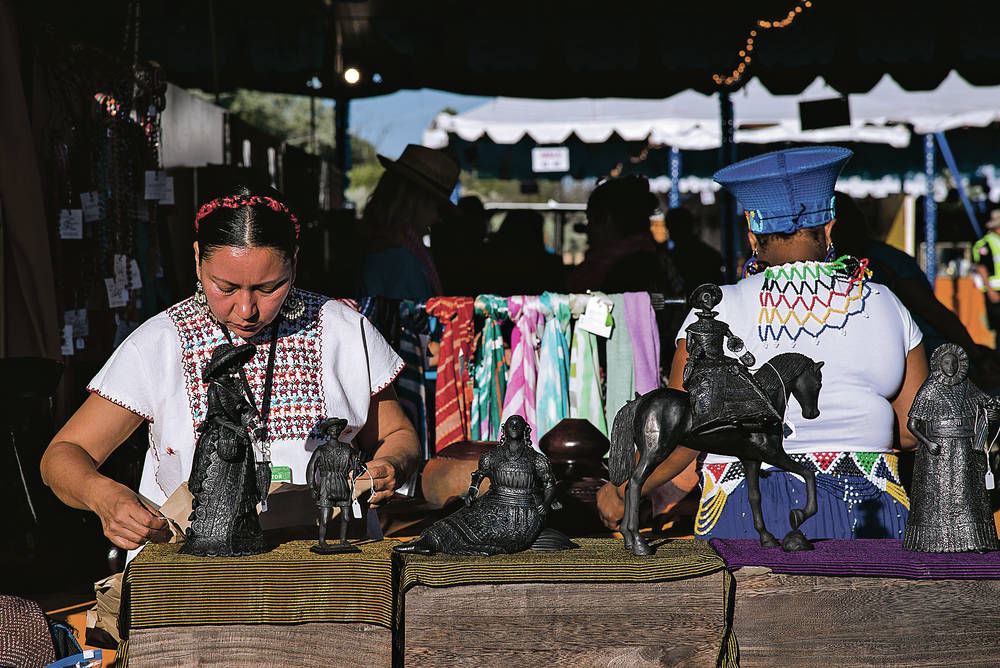 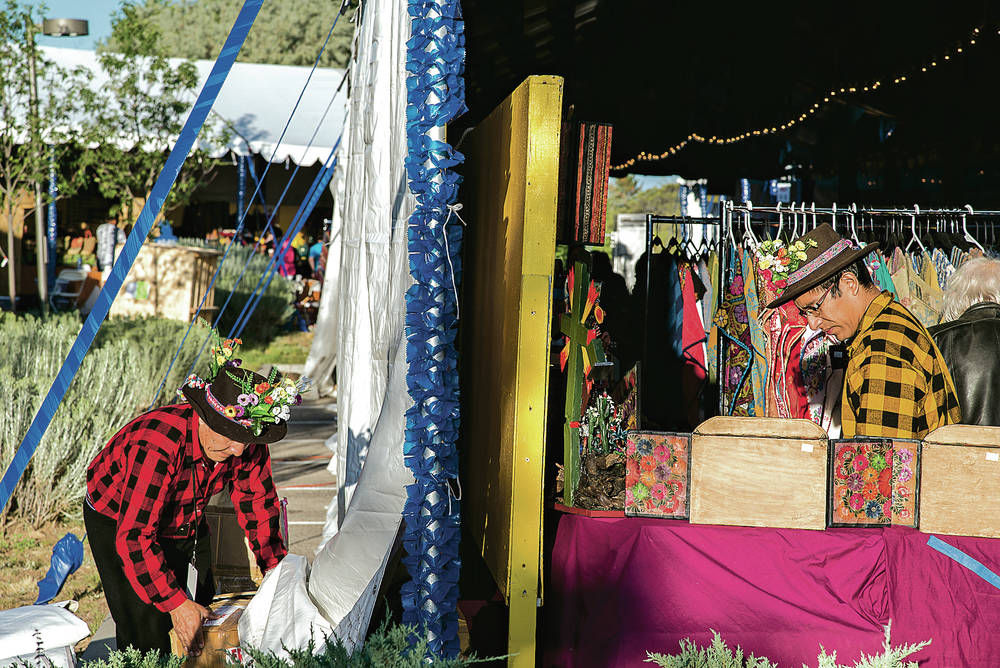 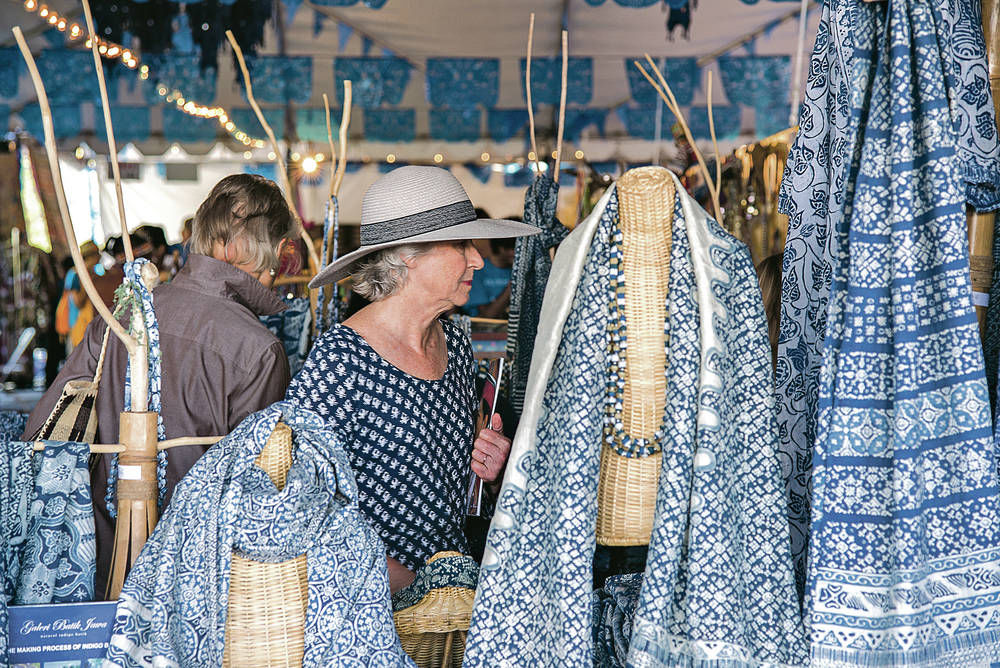 Mary Lou Robbins of San Angelo, Texas, and hundreds of other attendees wait for the gates to open Saturday for the 14th annual Folk Art Market on Museum Hill. Luke E. Montavon/For The New Mexican

Organizers of the International Folk Art Market | Santa Fe called the weekend event a “stunning success” on Museum Hill, with sales at the Friday night opening party surpassing last year’s opening by at least 25 percent, and attendance up from last year on all three days.

“We’re up significantly in every way — guest attendance, artist earnings,” said Jeff Snell, CEO of the International Folk Art Alliance, which presents the popular show each year, during an interview Saturday evening.

Even rain didn’t put a damper on the show, Snell said. Just ahead of the opening party, the clouds parted, he said, and a crowd at the gate on Museum Hill began to chant in anticipation of the first sales: “10, 9, 8 …”

Snell called Saturday a “perfect day” for the market.

When rain briefly fell throughout the weekend, said Keith Recker, creative director for the International Folk Art Alliance, visitors “took refuge in artists’ tents. And people took that opportunity to engage in conversation with those artists about their work and life.”

Sunday’s market was marred by a brief glitch in the market’s new checkout system that led to long lines late in the afternoon. A similar problem occurred at last year’s market.

Clare Hertel, a spokeswoman for the alliance, said the breakdown on Sunday lasted less than 25 minutes and that organizers “jumped right in doing the manual transactions by hand,” to help customers.

Friday’s opener saw $720,000 in sales in three and half hours; 90 percent of that will go home with the 150 artists from around the world who gathered to market their handcrafted goods. Hertel said Saturday’s sales were up by some $450,000 over last year.

Final numbers for the full market will be released early in the week, Hertel said, but by midday Sunday, sales had already surpassed last year’s total.

The market gives him a chance to show off a long cultural tradition of weaving with natural dyes, an art form that is fading away, he said.

“The market gives us an opportunity for our work to be seen in an international venue,” he said. “It brings a lot of recognition to our family heritage.”

Kate Lewis, a Connecticut native who has visited the market for nine years, said she enjoys the event because she can hear “all the stories and see this hand-made work by so many artists. Where else can I go but Santa Fe to visit 150 artisans from around the world in one location?”

She said she probably spent $2,000 on some 30 pieces of art — “Great gifts for birthdays and Christmas,” she said.

The 150 artists involved in the market represented 54 countries, Recker said.