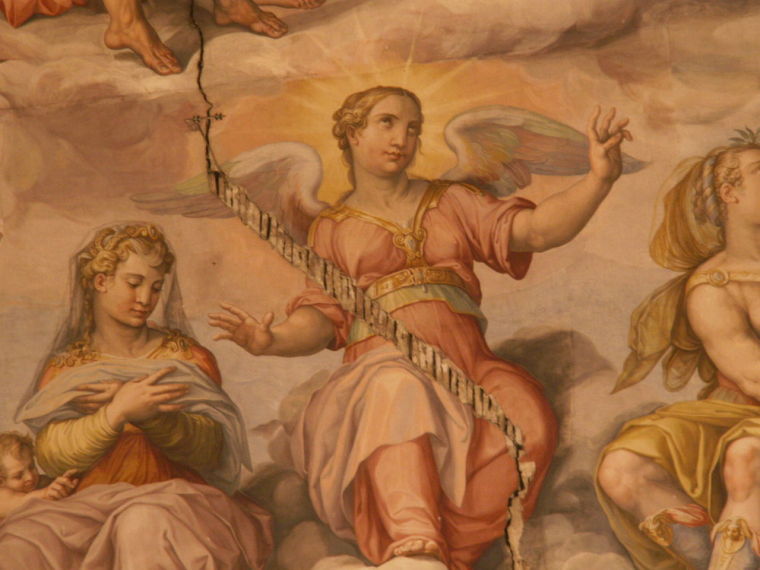 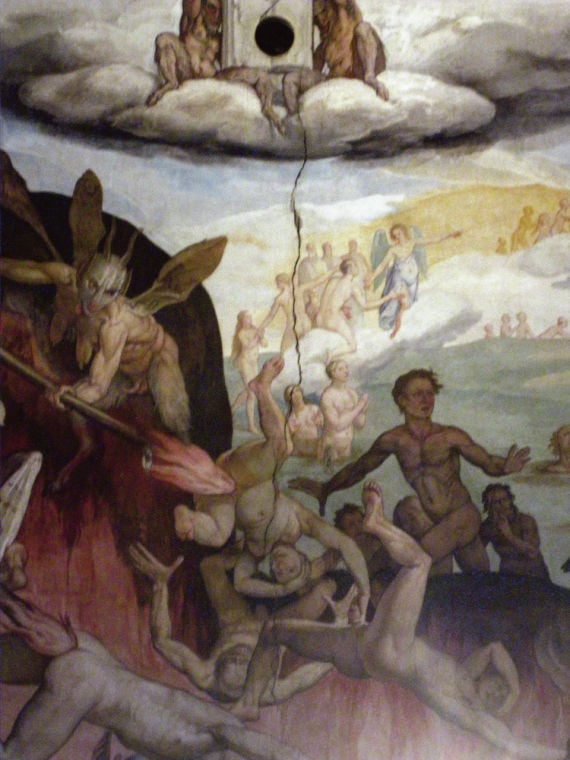 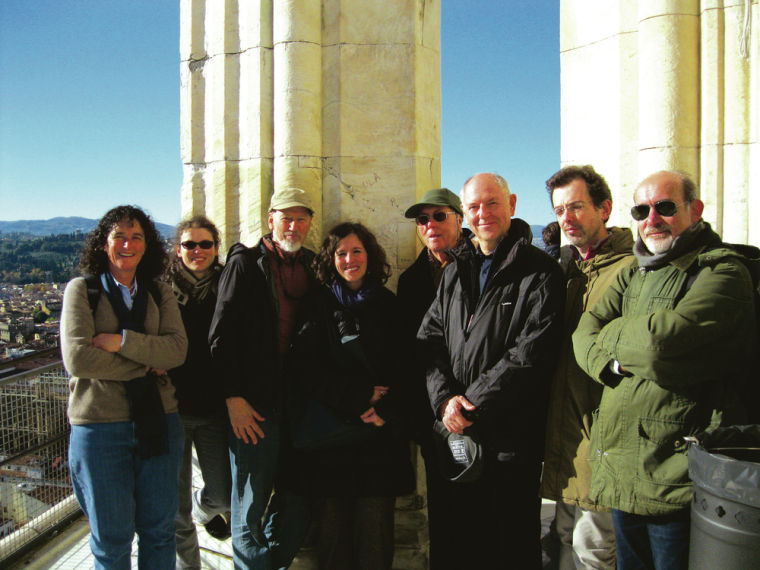 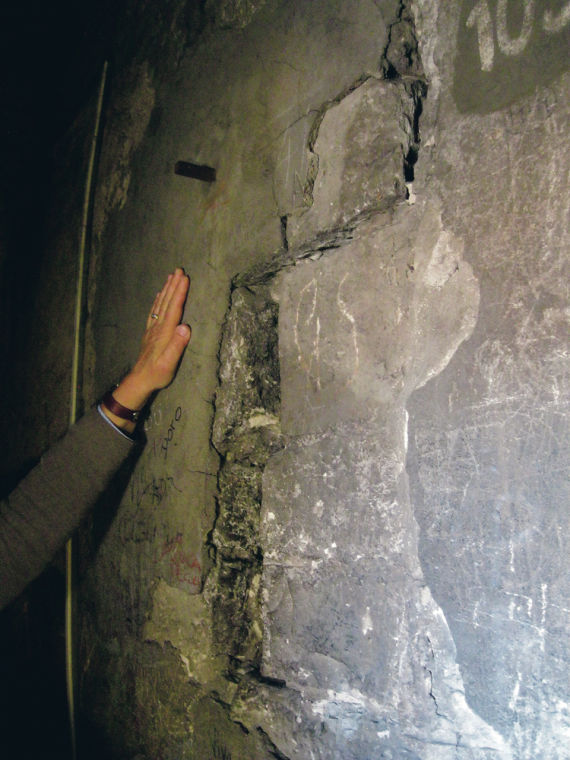 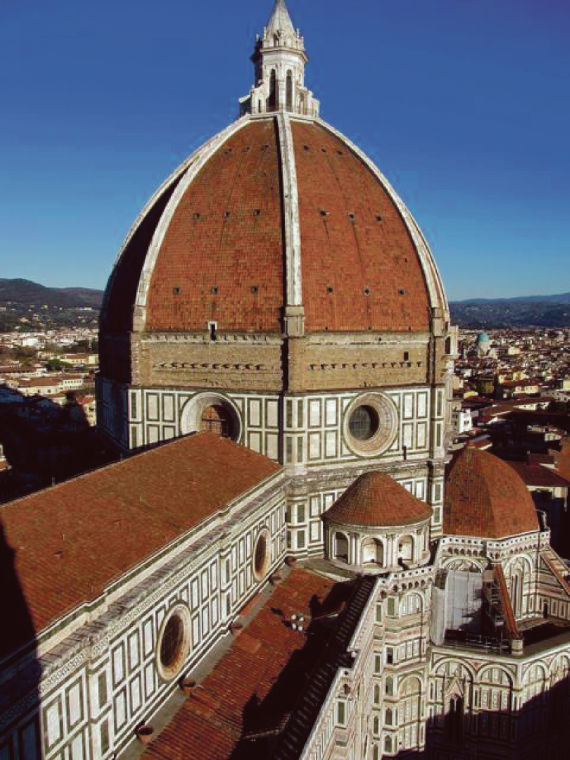 Can a national nuclear weapons laboratory find meaningful work helping to preserve one of the grand architectural treasures of the Renaissance?

Scientists at Los Alamos National Laboratory recently hosted a delegation of Italian experts to brainstorm ways of using some of the laboratory’s technology to protect Brunelleschi’s dome, a UNESCO world heritage site in Florence, Italy. After a two-day workshop in February on the history of the famous Santa Maria del Fiore cathedral and the structural damages and environmental risks that have threatened its 37,000-ton cupola for hundreds of years, an unusual relationship between art and science has moved forward.

Now, the laboratory has received an invitation from the cathedral’s conservation committee to join in a collaboration. Franco Lucchesi, president of the Opera of Santa Maria del Fiore, has made a formal request for assistance to LANL Director Charles McMillan.

“The laboratory, supported by the specific historic and technical knowledge developed in Italy over the years by our team, would be in the position to give a substantial contribution to better characterize the structural problems of Brunelleschi’s Cupola and to help in the effort to save it from destruction,” Lucchesi wrote. “Such a program of studies would certainly be an exceptional scientific event of global significance, the results of which would be useful for the architectural heritage throughout the world,” he added, proposing a joint program to be funded by U.S. European and international agencies.

Under development for several years, the idea of applying advanced technology to the vulnerabilities of the cathedral was championed by Chick Keller, a retired physicist and Giulia De Lorenzi-Venneri, an Italian-born physicist at Los Alamos, who have gained the support of senior officials at the lab and facilitated the partnership.

Vacationing in Italy seven years ago, Keller climbed into the vast ceiling vault of Santa Maria del Fiore in the center of Florence, as a typical tourist. Like most visitors, he was impressed by the innovative engineering design of the ingenious Filippo Brunelleschi who began the construction in 1420, which ultimately enabled the city to complete an architectural vision of “a more beautiful and honorable temple” than anything else in the region.

According to Italian scholars who attended the recent workshop in Los Alamos, Brunelleschi’s crowning feature has been considered for hundreds of years the widest masonry dome in the world, destined by its size and location to become a symbol of the birthplace of the Renaissance.

Brunelleschi achieved fame as an artist not only for his engineering and architecture but for his painting and sculpture as well. The sculptor Donatello was a close friend. Leonardo da Vinci, who came a little later before the cathedral was finished, was inspired by Brunelleschi. Some say his early use of geometric linear perspective, the depth perception that gave Renaissance paintings a new “look,” may have been the most influential artistic innovation of the era.

Climbing the stairs on the interior of the dome, Keller looked out on frescos of The Last Judgment designed by Renaissance artist and biographer Giorgio Vasari and painted by Federico Zuccaro. In between the figures of people going to heaven and hell, Keller noticed something else that caught his attention. “I could see big cracks and you could see they put up measuring devices to examine them,” he said.

More intrigued, he bought a book in the museum shop by the brothers Giovanni and Michele Fanelli, Brunelleschi’s Cupola: Past and Present of an Architectural Masterpiece, and began reading about the saga of the building, the controversies that surrounded its construction and the longstanding concerns about its possible collapse. (Michele Fanelli would become one of the participants in the workshop in Los Alamos.)

The cracks had begun to evolve before the end of the 15th century, perhaps as a result of a particularly strong earthquake in 1453. There was another in 1515, to be followed over time by others in a seismically active zone. The L’Aquila earthquake in Central Italy in 2009, measuring 5.8, and a 6.0 trembler very close to Tuscany, in Emilia, in 2012 were the most recent events.

Also at the Los Alamos meetings were Federica Ottoni, Eva Coisson and Carlo Blasi of the University of Parma, who have written a historical analysis of the crack patterns and efforts to monitor them. They noted that the dome, apart from the earthquakes, was thought to be inherently unstable because of the downward thrust of its heavy curvature. A primitive monitoring device was first used in 1694, breaking under the strain of an earthquake the next year as the cracks advanced. A detailed description of the pattern of the cracks was provided in 1757, which enabled observers to detect a new set of cracks after a seismic event in 1895. The pattern and implications of these ominous signs have been ever more carefully monitored by a mechanical system installed in 1955 and an elaborate digital system, beginning in 1987.

“The lab has done these kinds of calculations — except instead of breaking the dome up into 6,000 grids, the lab could use a million.” Keller said, referring to a set of stress intensity calculations published by Gianni Bartoli and Michelli Betti. “They were on the right track and doing good work, but the lab could make a high resolution model of the dome, not just an approximation, and then find out what the cracked dome would do if you shook it.”

After his initial trip, Keller continued to think about the puzzles of the dome and the wealth of data that is available. He recruited his friend De Lorenzi-Venneri, who was born in Italy and could talk to the Italians. Gradually, helped along by her contacts and visits to Italy, the project attracted interest, and then last year it also caught hold at the laboratory.

Among many ideas that are under discussion, De Lorenzi-Venneri said there were two areas that seem particularly promising. One involves developing a very high-resolution model of the cupola, using the lab’s advanced supercomputing abilities to incorporate the responses of each of the estimated 4 million bricks in the dome. “The whole structure is built of bricks,” she said. “We could do a huge calculation with every brick as a separate element, although better, more clever approaches will certainly be developed with the use of material modeling and combination of more advanced mathematical methods.” Another angle of study has to do with a newly developed form of radiography for imaging interiors of very thick structures. The system was proposed last year as a way to examine the damaged core of the Fukushima reactors after the March 2011 earthquake and tsunami in Japan. It uses naturally occurring subatomic muon particles created by cosmic ray interactions in the earth’s atmosphere to peer inside large, delicate masses. It would be a noninvasive way to see what else might be inside the structure.

“There are still a lot of secrets in there,” De Lorenzi-Venneri said.

The project has been encouraged by senior managers. “The interest of the laboratory is whether our modeling — particularly of materials fracturing and how that leads to collapse — is something we can bring to bear, not just in Italy but actually around this country and the world,” said Alan Bishop, who leads the science and engineering arm of the laboratory. “It isn’t just 500-year-old buildings, but buildings built in this century that we should care about.” In a strange way, he said, there was a connection between the lab’s plutonium facility and a domed cathedral in Italy in that they both depend on a better understanding of how to predict catastrophic events like earthquakes. With a hint of irony, he added, “It’s the same skill base that we’ve had to build to be expert in our core missions but now it has an opportunity to impact something that has social as well as ecclesiastical dimensions.”