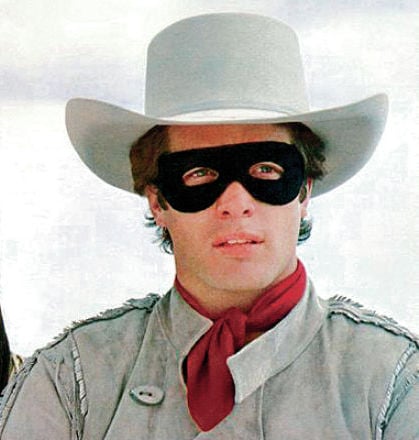 From left, Michael Horse portrayed Tonto and Klinton Spilsbury starred as the Lone Ranger in the 1981 movie, “The Legend of the Lone Ranger.” Shot partly in Santa Fe in 1980, Spilsbury’s off-screen antics in local bars helped assure it would become a film most people would rather forget. Courtesy photo 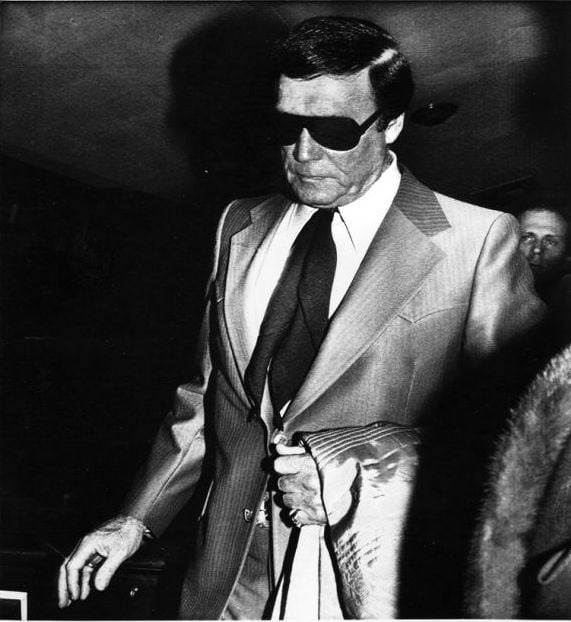 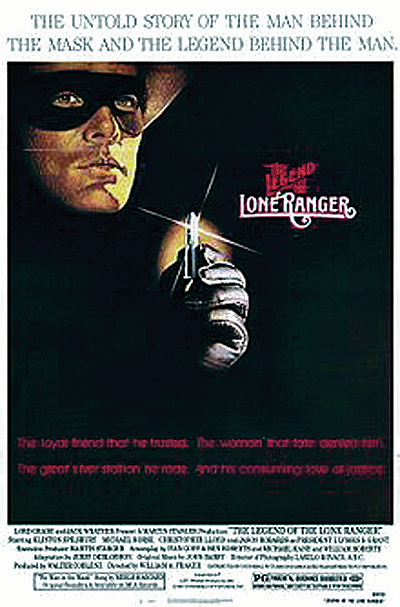 A movie poster for 1981’s The Legend of the Lone Ranger. The film was a critical and box-office failure, and some Santa Fe residents remember reports of star Klinton Spilsbury’s antics at local bars. Courtesy image

From left, Michael Horse portrayed Tonto and Klinton Spilsbury starred as the Lone Ranger in the 1981 movie, “The Legend of the Lone Ranger.” Shot partly in Santa Fe in 1980, Spilsbury’s off-screen antics in local bars helped assure it would become a film most people would rather forget. Courtesy photo

A movie poster for 1981’s The Legend of the Lone Ranger. The film was a critical and box-office failure, and some Santa Fe residents remember reports of star Klinton Spilsbury’s antics at local bars. Courtesy image

Some 300 entertainment writers descend upon Santa Fe this week to take part in media events tied to the upcoming release of a new Lone Ranger movie starring Johnny Depp and Armie Hammer. But longtime residents realize that this isn’t the city’s first dance with the masked man.

Back in 1980, a movie called The Legend of The Lone Ranger — directed by William Fraker and starring Klinton Spilsbury in the title role, Michael Horse as Tonto and Christopher Lloyd as the villainous Butch Cavendish — came to shoot some scenes in the Santa Fe area.

But because of Spilsbury’s off-screen antics in local bars as well as bad publicity because of a controversial legal move by the film company — not to mention the fact that the near-universal critical consensus was that the movie itself stunk — The Legend of The Lone Ranger quickly became a film that Santa Fe would rather forget.

Before shooting even began, the movie started receiving bad publicity. The Wrather Corporation, which had bought the rights to The Lone Ranger franchise, in 1979 won a legal injunction obtained against Clayton Moore, the actor who portrayed the masked title character in the 1950s television series. Moore was legally prohibited from making public appearances in his mask. He appeared on talk shows and interviews — wearing sunglasses instead of the mask — winning public sympathy.

Spilsbury, born in Chihuahua, Mexico, in 1951, was making his acting debut as the Ranger. Artist Andy Warhol, who interviewed Spilsbury in 1980 for Interview magazine, described him: “He was really good-looking. Long hair 6’ 5”, and a face that’s a cross between Warren Beatty and Clint Eastwood.”

In June 1980, The Santa Fe Reporter published an article with the headline “So That’s Why He Wears a Mask.” The story told how Spilsbury was banned from at least two Santa Fe bars.

At the old Casablanca, which was located at La Fonda, a waitress said Spilsbury dumped a drink on a table. When the waitress told him to be more considerate, she said, he smashed another glass on the table. When she started to tell him off, the actor allegedly hit her in the face.

A few nights later, Spilsbury was at The Forge, which was a bar at the Inn of the Governors. There, witnesses said, he was falling over, breaking glasses, pounding on the bar and yelling. At one point, witnesses said, Spilsbury threw a drink across the room, grabbed a microphone from a musician in a band and banged on a piano while the band tried to play.

In a 2005 interview with a fan publication called The Silver Bullet, actor Horse recalled another bad night for Spilsbury in Santa Fe. “One night he got into a fight,” Horse said. “Some guard called me at three in the morning to come and get him. I said, ‘Whoa, that faithful companion stuff is only in the movies.’ ”

In his diaries, published after his death, Warhol wrote of his Spilsbury interview, which took place just a few months after his Santa Fe peccadilloes. “He had a bottle of wine …” Warhol wrote. “ … he was really drunk and gave me his belt.” Spilsbury allegedly then told Warhol about homosexual experiences. “And it was nutty, he was telling me all this and blowing his whole image.”

At some point before the movie came out, the studio decided to dub over Spilsbury’s voice throughout the movie.

The Legend of The Lone Ranger was released in 1981.

The New York Times’ review said, “ … the film is more depressing than exhilarating, since it owes so much more to commercials than to other movies, and since it so patently values blandness over spice.”

Time Out London described the movie as “flabbily inept, saddled with flavourless performances and an off-screen narrator who elucidates an already painfully limpid plot like nanny explaining to a … child.”

The New York Times reported that the film lost more than $11 million.

It was the first movie credit for both Spilsbury and Horse. Horse, who had been an acting student of Jay Silverheels, the best known actor who played Tonto, went on to a lengthy career — including a role as Deputy Hawk in the television series Twin Peaks. But according to the Internet Movie Database, The Legend of The Lone Ranger is Spillbury’s only movie.

How did Native Americans let this movie get away with calling the Indian a stupid idiot fool,, Tonto means stupid idiot fool. And they're all worried about the Washington Redskins, or the Browns.Do I see a double standard?

wasn't spillbury's dad the producer or ?

Lord have mercy it's a frigging movie, not a cure for cancer.... or even boredom. I was walking through my little village the other day and I came upon a movie set. It seems this little known show called Longmire has chosen Pecos as it's home base even though it's supposed to take place in Montana or Wyoming. Could someone give these bozos a map? Anyway, as I pass I see a crowd discussing the next scene like they are getting ready to split the atom. Then they ask/tell me to walk n the other side of the street like my presence will somehow ruin the creative vibe. My bad, I did not realize that it took a creative vibe to film a cable tv show and not just a camera and a few over the hill actors.