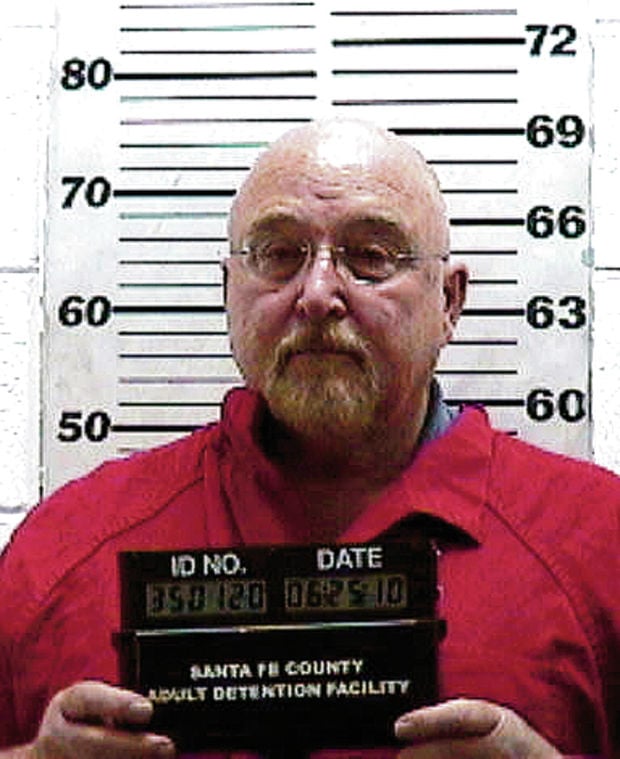 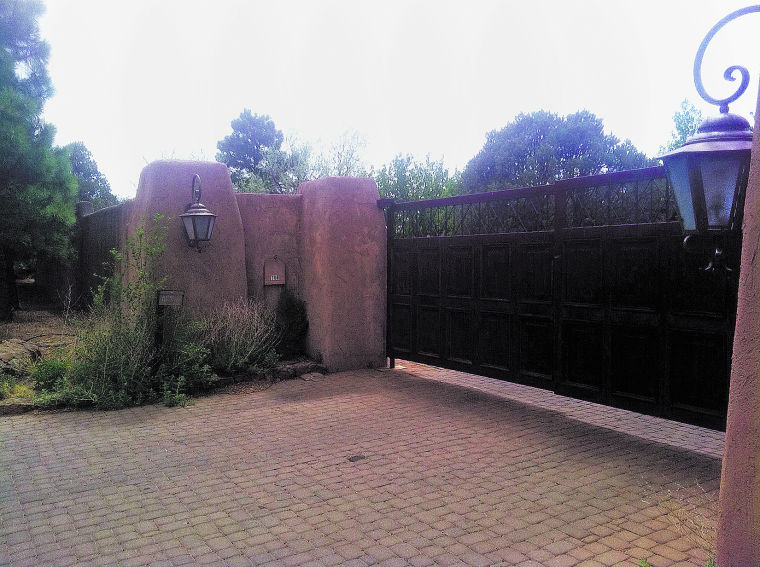 No one answered the buzzer at Charles and Marla Kokesh’s home at 708 Camino Corrales on Friday. A judge has ordered the Kokeshes to vacate the property by May 31. Charles Kokesh, who faces a litany of legal charges, was indicted Wednesday in Florida on charges of illegally selling two elephant tusks. Tom Sharpe/The New Mexican

No one answered the buzzer at Charles and Marla Kokesh’s home at 708 Camino Corrales on Friday. A judge has ordered the Kokeshes to vacate the property by May 31. Charles Kokesh, who faces a litany of legal charges, was indicted Wednesday in Florida on charges of illegally selling two elephant tusks. Tom Sharpe/The New Mexican

Santa Fe businessman Charles Kokesh has been indicted by a federal grand jury in Pensacola, Fla., on charges of violating the Endangered Species Act by selling two elephant tusks — the latest in a litany of legal problems for the venture capitalist.

According to the three-count indictment returned Wednesday, Kokesh legally imported a “sport-hunted elephant trophy mount” from the African country of Namibia, but illegally sold the two tusks to a buyer in Florida for $8,100, to be paid with a combination of currency and guns.

After the sale, Kokesh allegedly lied about it in an email to the U.S. Fish and Wildlife Service by claiming the tusks had been shipped to an appraiser in anticipation of a donation to a nonprofit. He also is accused of giving false information about the location and disposition of the tusks.

Kokesh, 65, was not available for comment Friday. No one answered the buzzer of the closed gate of his home at 708 Camino Corrales — a property that he is ordered by court to vacate by May 31.

Thornburg Mortgage Home Loans Inc. sued Charles and Marla Kokesh for foreclosure in 2008, claiming the couple defaulted on a $4.3 million debt on the property.

An April 1 petition from the lawyers for U.S. Bank National Association, the successor to Thornburg Mortgage Home Loans, accused Kokesh of using improper stalling tactics to remain in the house rent-free for five years, despite a summary judgment in the case four years ago. “It is time Defendants moved out,” they wrote. “It is time for this case to end.”

The plea may have been in reference to a March 20 affidavit from Marla Kokesh, who said that as a psychiatrist and enrolled member of a Chippewa band, she is working with the Hopi tribe in Arizona and will not return to Santa Fe until April 4.

On April 24, state District Judge Sarah Singleton set midnight May 31 as the deadline for the Kokeshes to leave their home or to pay a penalty of $750 per day after that date.

Kokesh is also negotiating with the U.S. Securities and Exchange Commission, which accuses him of misappropriating $45 million from investors from his days as a venture capitalist in California. The SEC says this is the first case it has ever brought in New Mexico.

Kokesh, a licensed attorney, moved from the San Francisco Bay Area to Santa Fe in the 1990s after the SEC turned down his bid to allow people to invest in his venture-capital schemes over the phone using credit cards. He initially bought the Santa Fe Horse Park so that he and his friends would have a place to play polo. But in 2007, Los Alamos National Bank filed for foreclosure on that property, claiming Kokesh was in default on a note of about $2.25 million.

That was followed by the repossession of Kokesh’s luxury motor home and other lawsuits alleging unpaid debts by Kokesh and his wife.

Kokesh’s most recent job was as chief executive officer of Dakota Arms in Sturgis, S.D. He sold the rifle-manufacturing plant to Remington in 2009. That year, he donated a Dakota Arms rifle to a Republican fundraiser in Santa Fe, joking that “I certainly wouldn’t oppose shooting all of the corrupt lawyers and Democrats.”

According to a Wednesday news release from the U.S. Department of Justice announcing the indictments against Charles Kokesh, African elephants are protected under the Endangered Species Act and the Convention on International Trade in Endangered Species of Wild Fauna and Flora (CITES), of which both the United States and Namibia are signatories.

The release says the CITES treaty states that elephant species in Namibia are not necessarily threatened with extinction now, but may become so unless trade in specimens of such species is strictly regulated. Since 2000, the Namibian African elephant listing has specified that the species cannot be used for commercial purposes.

On separate matter relating to this Kokesh scandal, I have several families and relatives who live down south of the Polo Grounds in Santa Fe County. What is interesting about this Kokesh dude is that when he purchased the Polo Grounds from Santa Fe Attorney Jim Alley, he did not pay his effluent treatment bill with the City and voided the contract altogether. So, the City terminated the effluent agreement with him and this Kokesh dude started using the old Hageman Well illegally to irrigate the Polo Grounds. He began claiming that this Hagerman Well belong to him and without a fight with the Santa Fe County officials, the County people allowed him to use the fresh ground water resources to irrigate the Polo Grounds south of Santa Fe. When the First National Bank of Los Alamos foreclosure became an issue, this bank made a deal with the County to use the fresh potable water to irrigate this Polo field without protecting the water resource for the property owners in La Cieneguilla. To this date, the Santa Fe County officials are wasting this precious potable water to appease the First National Bank of Los Alamos. In the first place, Kokesh and the First National Bank of Los Alamos have no legal water right of ownership to this Hagerman Well. The County illegally paid for a private well that the SEO should of capped many years ago when PNM owned it in the early 1960's and nevered used it under the state forfieture law. But the County believed Kokesh and gave him 25% of ownership without conducting an accurate legal water-right investigation of who actually owned this well. Now, who is protecting the groundwater resources for the property owners of this NM Land Grant south of the city limits? So, where is the State Engineer's Office in this matter? Who is watching the chickens at this time? Is there any county, city or state official listening and watching on what is happening to this precious groundwater resource south of this NM Land Grant? [sad]

So charge the loser $750 a day for the past 5 years.. obviously he has the money with all his dirty deeds!!

The word: megalomaniac comes to mind when I think of both of them.

“I certainly wouldn’t oppose shooting all of the corrupt lawyers ..."

Hmm... he sounds a bit suicidal, in addition to his other significant issues.

Perhaps the real question here is how in the world can someone live in a house rent/mortgage-payment free for five years following a summary judgement against them that orders them out? Is something wrong with the laws governing these issues, or does a 'wealthy' white lawyer receive special treatment in our system of justice? How long would an African American/Native American/Hispanic/Vietnamese American, etc. squatter be allowed to live in a home rent free under these same conditions? Or even me, a very much less than wealthy white? Well, perhaps I'm too suspicious of race-based biases, and this is a normal course of events. Maybe I'll stop paying rent.

And the fact that this Kokesh flim-flam man is father to the publicity-hound and anti-everything protester Adam Kokesh somehow comes as little surprise - there is a similarity in their willingness to push the limits of the law, which as we see in these two gentlemen, can be for good or bad. Adam the younger dabbles in progressive/libertarian causes such as legalizing marijuana while simultaneously advocating an 'open-carry' - your rifle march on DC on July 4th. Seems to be conflicted...

OK so since his wife is an enrolled tribal member of a Chippewa band and she lived there as well- does that meet kelpbottle's criteria for who should be allowed to be a squatter and receive special treatment? Truly - only when all ethnicities are able to work the system will society be equal - right?