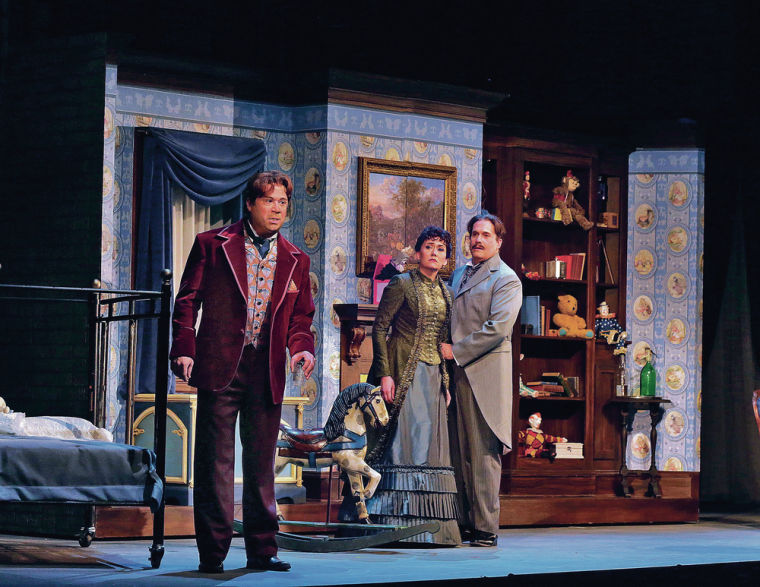 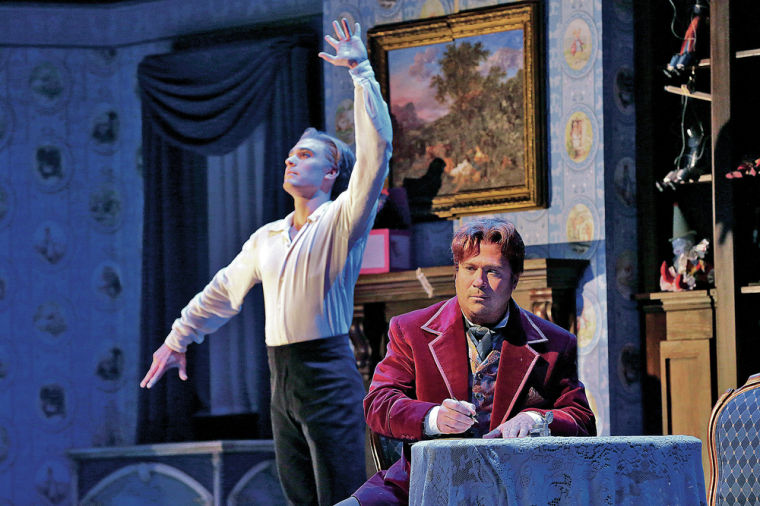 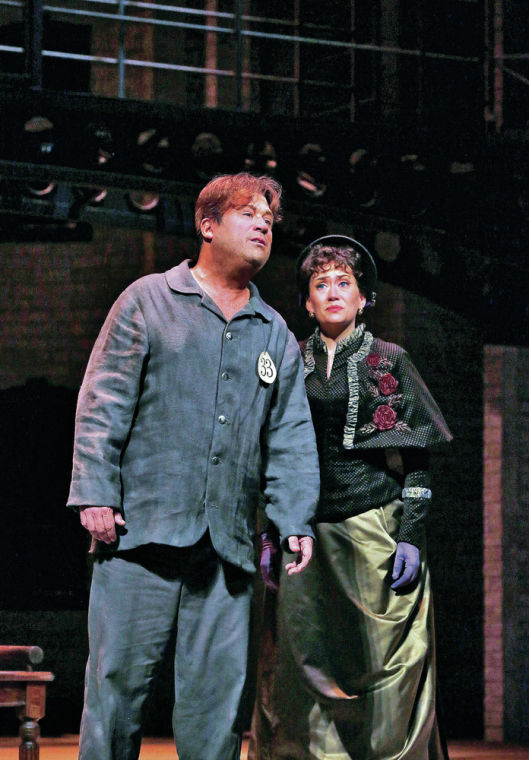 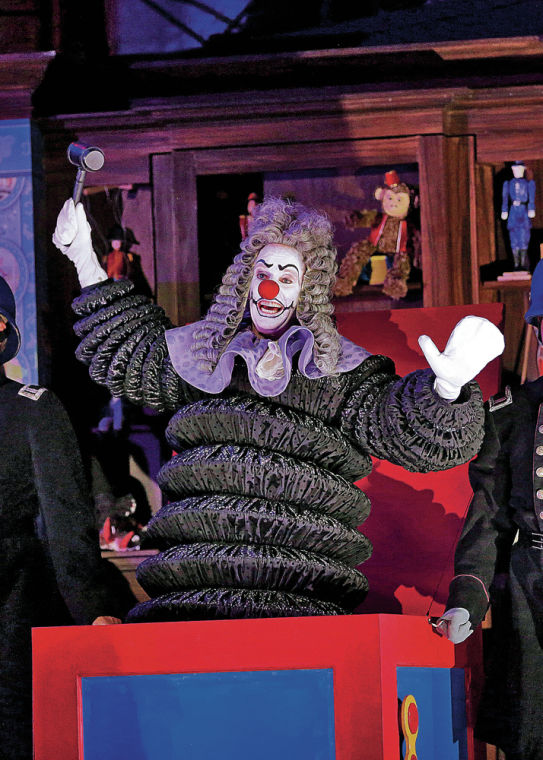 On Saturday evening, The Santa Fe Opera offered the world premiere of Oscar, a two-act work by Theodore Morrison, who penned the libretto jointly with the British opera director John Cox.

Prior to Oscar, SFO had premiered 13 operas since its founding in 1956. Most were launched in a flurry of excitement and optimism but then receded from view, living on as minor footnotes to operatic history. The 14th opera on the list has an excellent chance of following this time-honored tradition. It will at least be repeated in 2015, when it figures on the schedule of Opera Company of Philadelphia, which jointly commissioned it with Santa Fe. I don’t doubt that the countertenor David Daniels, who the work was written to showcase, will put his shoulder to promoting it beyond then; and he may be joined in that effort by other countertenors because it provides them with an extended starring role. But in the long run, an opera must sink or swim on its own merits, and I must leave it to others to be hopeful about the buoyancy of this one.

Oscar Wilde’s caustic wit made him a darling of late-Victorian salon society, but this opera focuses instead on the low point of his life. Manipulated by his boyfriend, Bosie, into suing Bosie’s father for libel (the father had asserted publicly that Oscar and Bosie were lovers), Wilde not only loses that case but is then found guilty of gross indecency and is cast into two years’ brutal confinement at Reading Gaol. It is a heart-rending chapter of Wilde’s biography that depicts a life going down the drain; but deprived of invigorating personal conflicts or any departure from the inevitable, the work lacks a dramatic arc that might sustain it as a full-length opera. One senses that the creators realized this when they decided to superimpose an unrelated character, the American poet Walt Whitman, who observes the action as an outsider. He introduces the tale at the outset, strolls in to comment on the situations as they unroll and ushers Wilde into the realm of immortality at the end. This device is useful to the extent that it efficiently fills in some backstory, but it also gives away where the drama is going. “Oscar himself was prosecuted by the Crown for ‘gross indecency’ and found guilty,” states Whitman up front — after which the act moves back a step to the runup to that event, and then the action plays out exactly as we have been told it will. This is not a unique example of how the libretto manages to eviscerate what is already only marginally dramatic.

Perhaps the creators viewed the crux to be how Wilde’s inner character is transformed by the brutality he encounters in prison — how he gains humanity. But, in Daniels’ portrayal, Wilde merely advances from being sad at the beginning to being sadder in prison. One witnesses no sweeping transformation. Why, one wonders, did the story not begin with a scene in which a flamboyant Wilde might hurl bolts of brilliant banter into an adoring entourage? At least that would have highlighted the degree to which prison would break his spirit. Instead, his legendary witticisms are scattered frugally here and there, often landing with a thud; and since they appear both before and during his incarceration, their presence or absence do not betoken any profound change of character.

His principal emotional attachment is to Bosie, who appears as a vision and is portrayed by a dancer, Reed Laplau, who also resurfaces in several other roles to which he is melded in Wilde’s imagination. It’s an ambitious idea that would be difficult for any composer to realize effectively, let alone one writing his first opera, which is the case with Oscar. Here it seems precious. So does the idea of having Whitman speak a few brief sections as if in a stage play, rather than sing them — passages that made the score sound unfinished. Such departures from standard operatic procedure did not succeed in enlarging the expressive palette.

Morrison has provided a reactionary and sentimental score. Notwithstanding momentary bites of bitonality, an infusion of harmonic sevenths and patterns that trace whole-tones, it resides mostly in a space between Benjamin Britten’s Peter Grimes and Aaron Copland’s The Tender Land. Words are occasionally infused with madrigalesque depiction (“rowdiness,” “endless,” “bright”), apparently to provide outlets for Daniels’ impressive ability as a coloratura singer. The composition does not lack skill as it moves through its succession of set pieces, but it didn’t fill its 2 hours and 20 minutes with musical momentum or cohesion. The orchestration sounded disjointed and not organic, often seeming a dutiful enlargement of music that had been conceived at the piano. Conductor Evan Rogister approached the score with respect and a sure hand.

Surely this opera will never receive a finer performance than it did here. Daniels possesses a truly attractive, well-modulated voice, and so does baritone Dwayne Croft, who portrayed Whitman. In the dancing roles, Laplau was fluid but not emotionally incisive; some expanses (choreographed by Seán Curran) seemed to exist simply to give him something to do, and, especially in the first act, the set didn’t give him enough space to do much. The other two principal roles are ancillary in terms of the drama but, in both cases, the singers acquitted themselves splendidly. Soprano Heidi Stober, as Wilde’s friend Ada Leverson, impresses more and more with each new role; here she proved a natural actress and supported her interpretation with a richly rounded tone that suggested greater depth than we encounter in the soubrettish parts in which she often appears. Tenor William Burden, as friend Frank Harris, brought his accustomed vocal security — rich lyric tone with an urgent dramatic edge — to his rock-solid interpretation. Bass Kevin Burdette portrayed both a trial judge and a prison warden who is said to be sadistic but was rendered here with little relish.

The production, directed by Kevin Newbury, was quite lavish by house standards. David Korins’ handsome sets, lit by Rick Fisher, included a Victorian brick and ironwork structure (for the prison) and a lovely interior room (a nursery) in Leverson’s home. That nursery was the setting for the work’s most unanticipated scene, in which children’s toys — rocking horse, teddy bear, jack-in-the-box, clowns galore — come alive to act out the trial. Costume designer David C. Woolard went the whole nine yards here, as brightly bedecked denizens of the crammed courtroom engaged in much zaniness before declaring Wilde guilty and breaking into a rousing chorus of “Rule, Britannia!” On one hand, I found it jarring compared to the rest of the staging. On the other, it did show bravery of conception that was largely lacking in the rest of the evening.

The Santa Fe Opera’s production of Oscar continues with performances at 8 p.m. Wednesday and Aug. 9, 12 and 17. Call 986-5900 or visit www.santafeopera.org for ticket information.