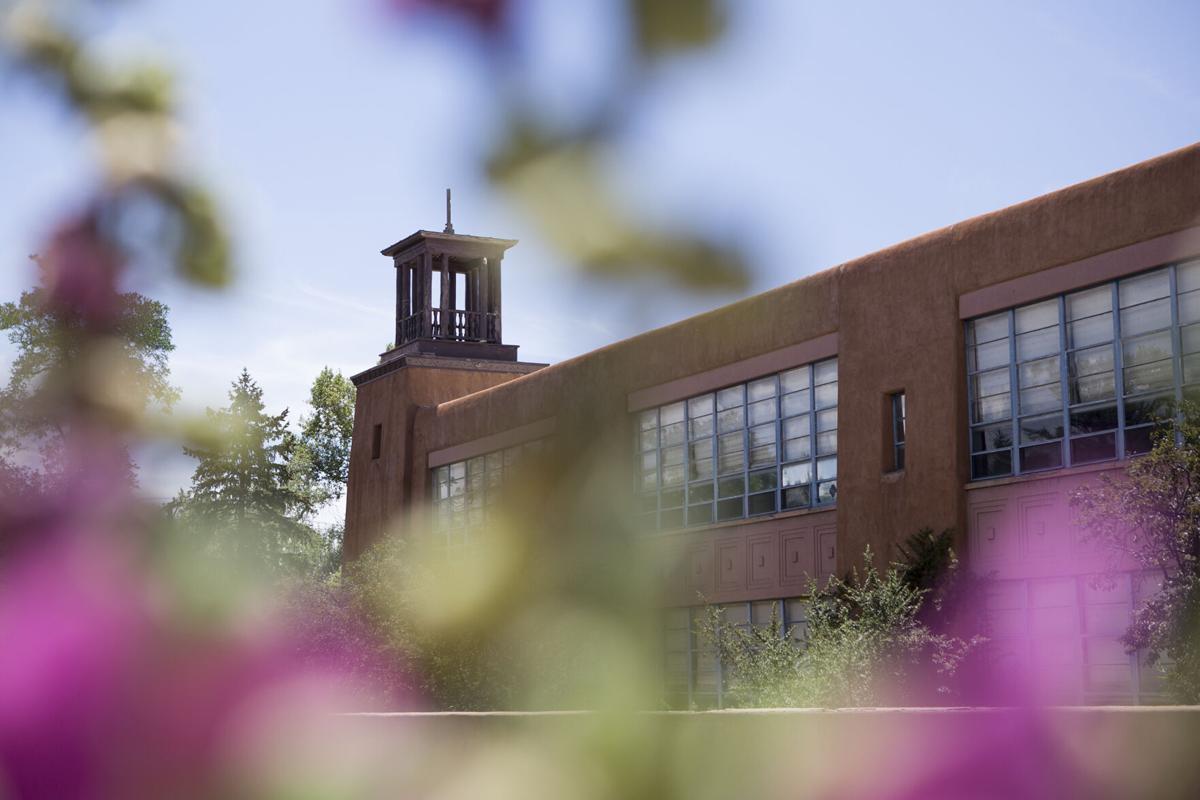 Santa Fe Properties has listed the vacant St. Francis Cathedral School for $3.6 million. The 36,000-square-foot building at the corner of Paseo de Peralta and East Alameda Street is seen from behind fuchsia hollyhocks across the street. 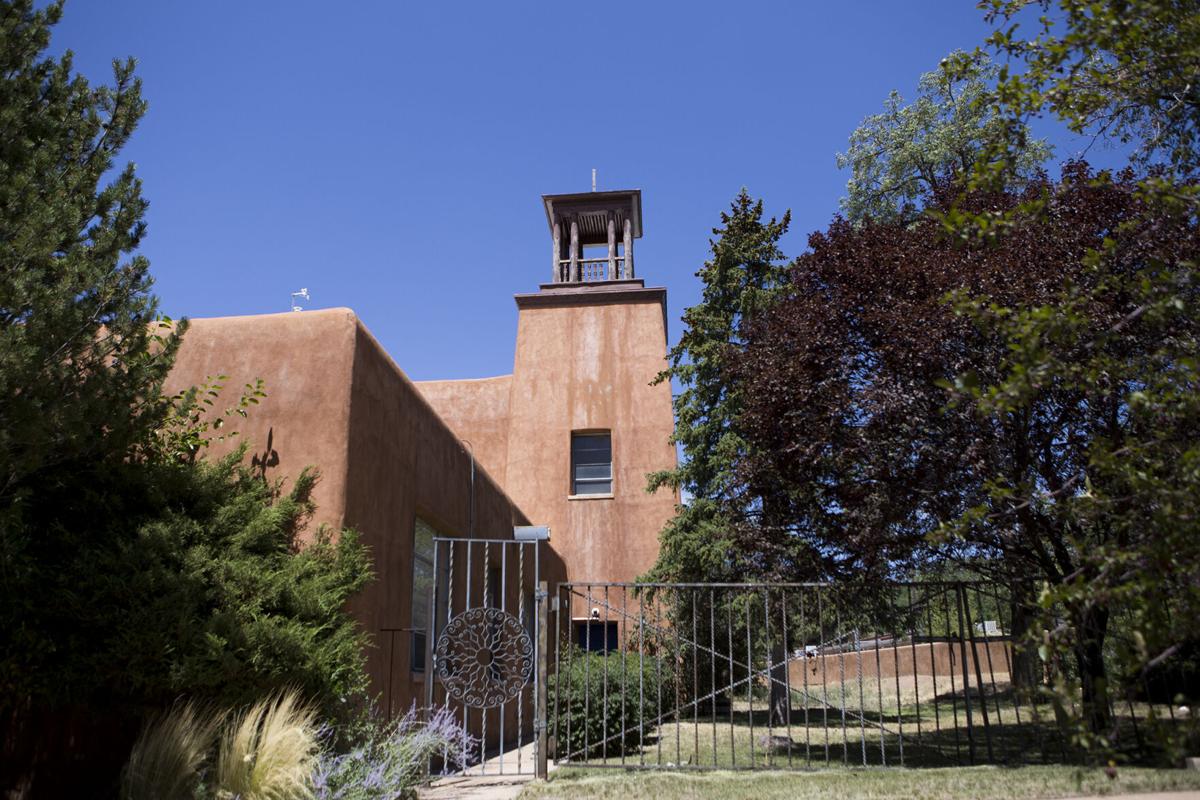 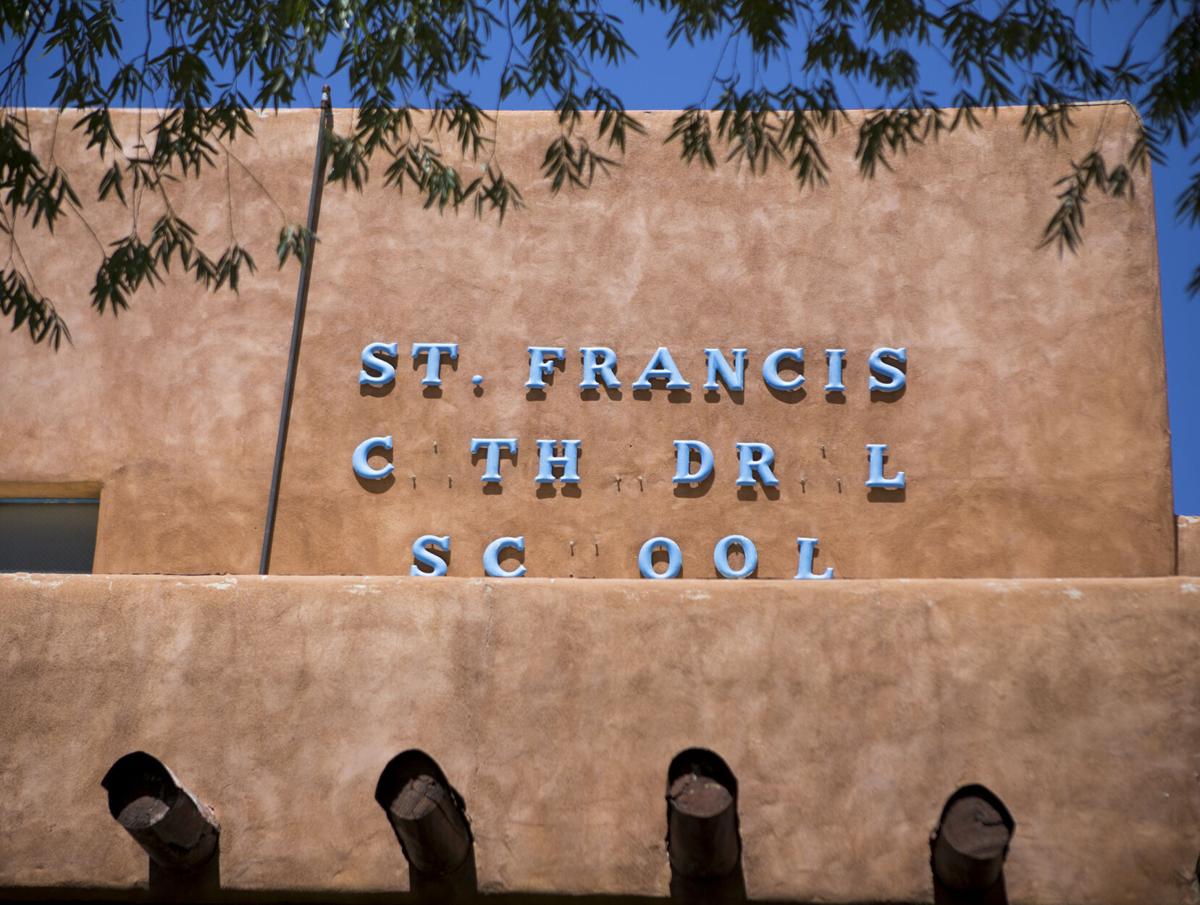 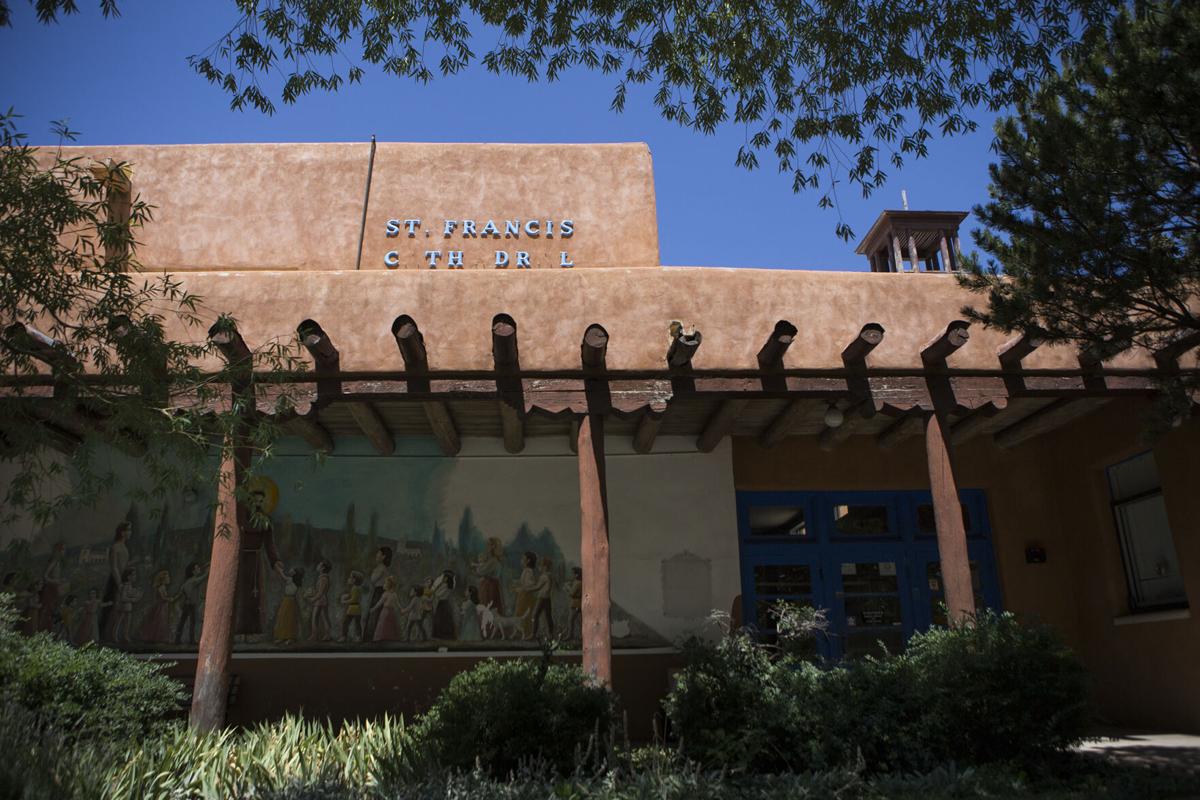 The vacant St. Francis Cathedral School, which was designed by noted local architect John Gaw Meem, is for sale for $3.6 million. 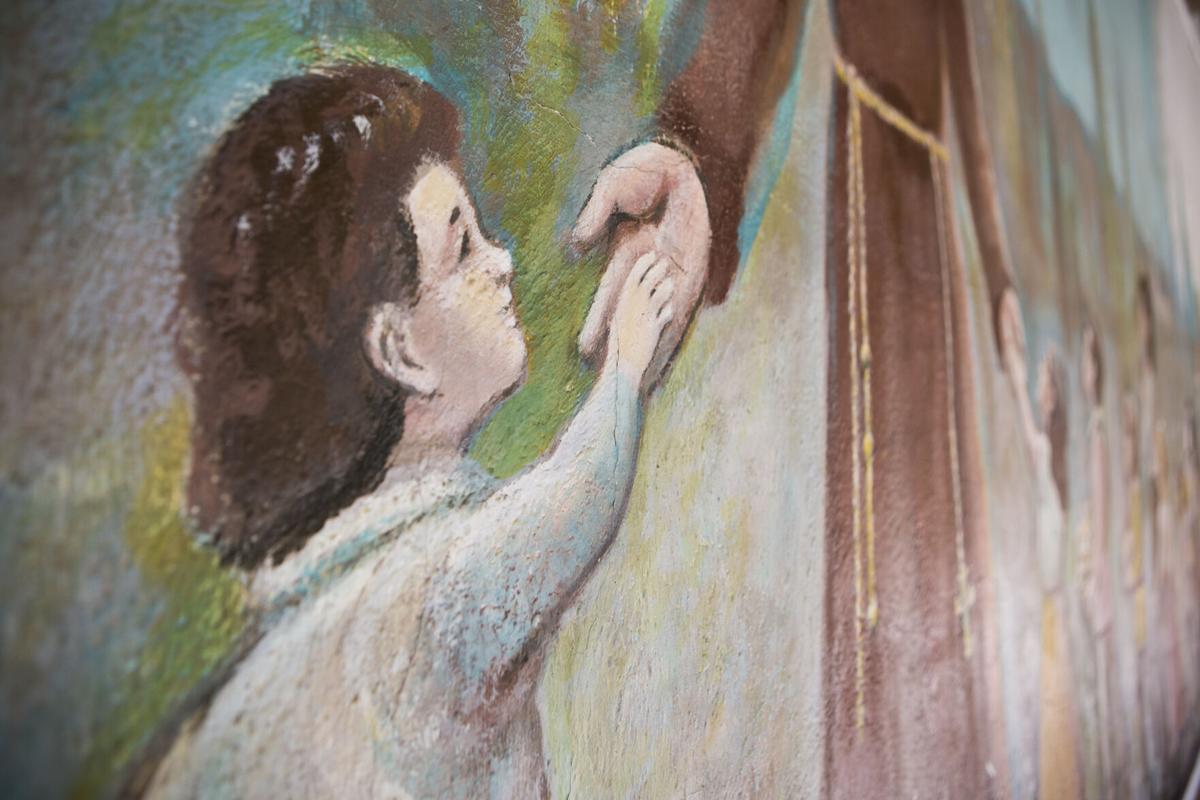 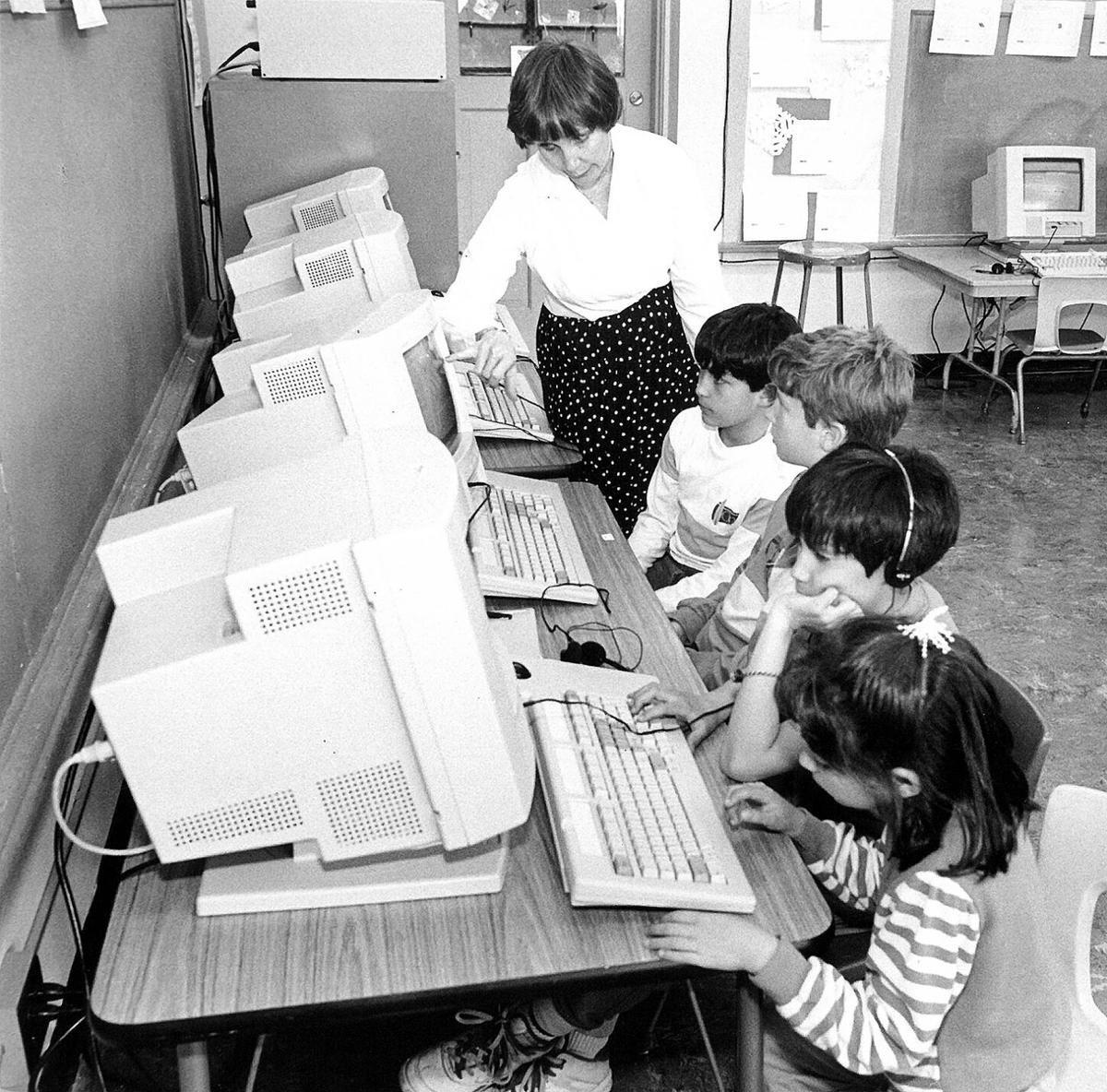 Santa Fe Properties has listed the vacant St. Francis Cathedral School for $3.6 million. The 36,000-square-foot building at the corner of Paseo de Peralta and East Alameda Street is seen from behind fuchsia hollyhocks across the street.

The vacant St. Francis Cathedral School, which was designed by noted local architect John Gaw Meem, is for sale for $3.6 million.

The Roman Catholic Archdiocese of Santa Fe has put a downtown school building up for sale, the second piece of real estate it has placed on the market in the city in less than a week.

Santa Fe Properties on Thursday listed the vacant St. Francis Cathedral School, at the corner of Paseo de Peralta and East Alameda Street, for $3.6 million. The listing comes after the archdiocese announced Aug. 7 it was offering a retreat center — 12.4 acres and seven buildings surrounding the Carmelite Monastery of Santa Fe — for $7.8 million.

A chapel and the monastery itself, where several nuns live, are not included.

The archdiocese did not respond to a phone call and email requesting comment on the listings.

Realtor William “Rusty” Wafer said both property sales are part of the archdiocese’s efforts to raise funds related to its Chapter 11 bankruptcy protection filing in 2018. The bankruptcy was prompted by hundreds of sexual abuse allegations dating back decades and costly settlements of civil lawsuits.

Archbishop Jean-Baptiste Salpointe created three parochial schools in the city in 1892 — though not at the St. Francis site. It was not until 1949 that Archbishop Edwin Byrne broke ground on the downtown school, which was designed by noted local architect John Gaw Meem.

Santa Fean Joe Chavez, who attended the school as a child, said “it’s a shame” the building is being sold.

“I have a lot of good memories and dreams about the people I knew there,” he said.

A few years after the parochial school closed in 2006, the New Mexico School for the Arts, a state-chartered fine and performing arts high school, took up residence in the building, using the gym for theater rehearsals and performances, and classrooms as visual arts and music studios as well as space for learning core subjects.

The arts school vacated the downtown building in the summer of 2019 when it moved to its own campus at the former Sanbusco Market Center on Montezuma Avenue.

The St. Francis building has served as a school for most of the past 70 years, but Wafer said the city’s zoning code for the property allows it to be converted into “a boutique hotel, a retail space, residential, a gallery, another school.”

The 1.77-acre site has about 80 parking spaces, he said, and there is the potential to build an underground garage.

There was a previous attempt to transform the property into a hotel and commercial space.

In 2003, the archdiocese had included it in a proposed redevelopment of 5.5 acres adjoining the downtown Cathedral Basilica of St. Francis of Assisi.

That project hit a snag when residents objected to the developer’s plan to build higher than three stories and a proposal for several three-story structures surrounding a taller building.

Wafer said the archdiocese’s sale of the retreat center and school has been in the works “for a long time.”

Several potential buyers already have expressed interest in the Carmelite center on Mount Carmel Road, Wafer said, but he was uncertain about the outlook for a deal on either property.

The coronavirus pandemic has made it difficult to sell real estate.

“Most of our contacts are from out of state, and they cannot fly in to visit a property because they cannot afford staying in quarantine for 14 days,” Wafer said, referring to a state public health restriction to prevent the virus’s spread.

“They are contacting people they know in town to just tell them about the properties,” he said of the archdiocese. “But for interested parties to actually view it and make a final decision is next to impossible.”

Realtor Michael D’Alfonso of Barker Realty also was unsure of the properties’ prospects.

Given the challenges of the pandemic and the state’s economy, he said, “I have no idea how that property would fare now on the market.”

time for another hotel to go up ,