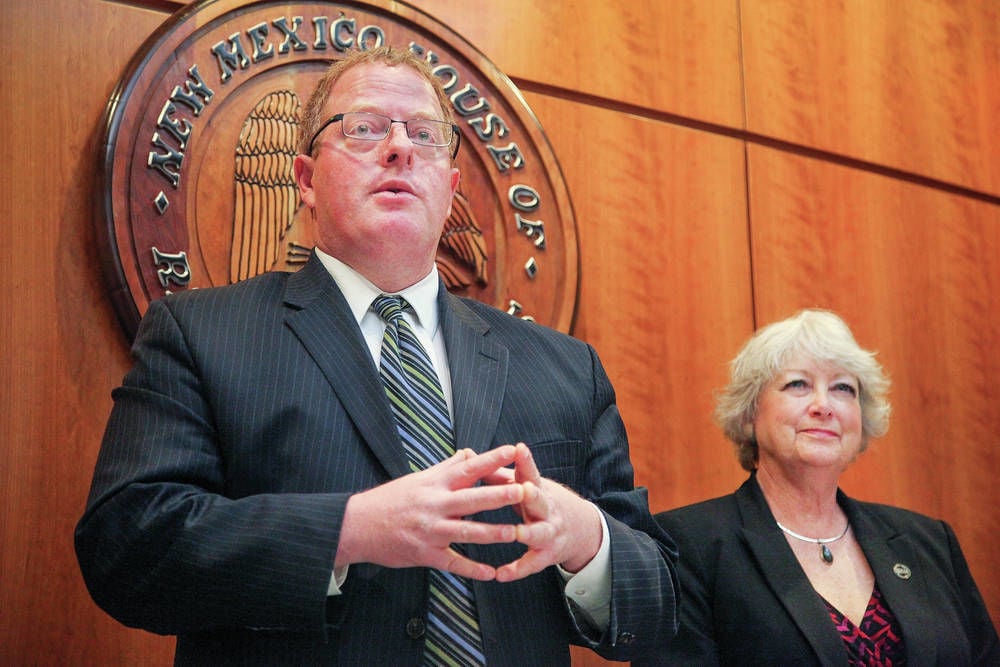 Every generation is full of adults who believe kids aren’t as tough as they used to be.

Grownups say other grownups are to blame for a youthful society gone soft. After all, they are the ones who created participation trophies, allowed grade inflation and coddled children.

“I walked uphill to school — both ways,” he said.

Steinborn, D-Las Cruces, has been accused of being one of the adults who wants to pamper kids. He introduced a bill early this year to require air conditioning on school buses in hot locales, such as the stretch of Southern New Mexico he represents.

Fellow senators defeated Steinborn’s proposal 23-16 after giving him an earful. Several said they rode buses without air conditioning and came away no worse for the experience. They called Steinborn’s bill unnecessary.

Sen. John Sapien, D-Corrales, said Steinborn had reacted to “the whim of one constituent,” the leader of unionized school bus drivers in Las Cruces.

The Senate minority leader, Stuart Ingle, R-Portales, wanted local leadership to assert itself. He said school boards, not the state Legislature, should decide if buses need to be air conditioned. And school districts desiring this level of comfort should find a way to pay for it, Ingle said.

Undeterred, Steinborn is back. He is seeking an even more sweeping change than he first proposed.

He recently met with the Legislative Finance Committee and executives of the Public Education Department to push his latest idea. He wants a state rule that all new school buses be equipped with air conditioning.

Of course, this would mean state legislators would have to appropriate money to cover the extra costs. Steinborn believes what he is proposing is a wise public policy.

“This is a real safety issue. You’ve got some very precious cargo on those buses,” he said.

As for the senators who lambasted his bill, Steinborn said each of them probably drives a car with air conditioning. Making sure school buses have the same feature is not a frill, he said.

Thousands of kids in New Mexico are attending school an extra 25 days in summertime. As participants in the K-5 Plus Program, they have more opportunities to improve academically.

Steinborn says many also are riding sweltering school buses for long periods. Drivers worried about the dangers brought him the idea of requiring air conditioning on buses.

The most outspoken is Marcos Torres, president of the union representing school bus drivers in Las Cruces. He says heat-related illnesses are the primary reason air-conditioned buses should be mandatory.

His district’s buses have been as hot as 118 degrees on days when the temperature outside approached or reached triple digits, Torres said.

“We’ve had three occasions where a driver has collapsed unconscious” after completing a route, Torres said in a phone interview. “That’s three in three years. A good majority of our drivers are older people who have retired from other jobs.

“The kids are pretty tough, pretty resilient. But you lose a driver, you lose the kids.”

Some districts already have air-conditioned buses, including the Hatch Valley Public Schools just north of Las Cruces, Torres said. But most of the 126 buses in his district are without air conditioning. He says Steinborn’s plan would eliminate the state’s hodgepodge system by making sure all buses are cool and safe in hot weather.

The Public Education Department in a report to the Legislature estimated a new school bus costs $85,000. Equipping it with a single-unit air conditioner adds $6,500 to the price tag.

Retrofitting older buses with air conditioning can be even more expensive. This was one of many reasons a majority of Steinborn’s fellow senators voted against his bill.

He later won a partial victory when a provision for air-conditioned buses was included in a public works bill. It calls for $32.9 million to be allocated to buy 387 school buses between now and 2023.

A section of the bill states that air conditioning should be included on buses in school districts where “temperatures are regularly high enough to pose a risk to students.”

All the rancor over more money for air-conditioned school buses came with a dash of irony.

The Senate extended a tax break for the Boeing Co. just before voting down Steinborn’s bill for air-conditioned school buses.

Kids today might not be so tough as the ones who grew up during the Great Depression or World War II.

Governments are weaker, too. What they used to call corporate welfare is now economic development.

Let’s address safety first and mandate seat belts in school busses. After that air conditioning would be nice.

Institutional Memory, specifically, when an innocent child is seriously harmed and/or killed on a public highway. Here in Santa Fe, on March 2, 1999 at the Santa Fe Ski Basin, we had a tragedy that should of been prevented; however, it should not be dismissed relating to mandating seat belts in school busses. Certainly, choosing which public safety priority over the other is not the answer, either! Frankly, any type of public safety, welfare and health initiative's to protect our public school children from harm should be a number one priority for improvement, period! It has been almost twenty-one year's since this tragedy occurred and yet, no political will to push for installing seat beats in school buses has been achieved on a local or state level in NM. So, what is wrong with this political spectrum of the New Mexico State Legislature, New Mexico State Board of Education, and the National Safety Transportation Board failure to act and protect our school children from a serious injury or possible death unto a public highway in NM? Both safety mechanism's (seat belts and air conditioning systems) should be seriously consider for installation in all of our public school buses in NM. Enough is enough, I say.

Those same lawmakers that claim to have toughed it out also got out of school before Memorial Day and didn't go back until Labor Day. Remember when back to school sales were in September? Back to school is now early to middle August, and with the legislature's obsession with extended school year as the silver bullet to satisfy the lawsuit, we'll be seeing even more "summer school". (By the way, doing things wrong for 20 more days a year won't help - fix the system first!)