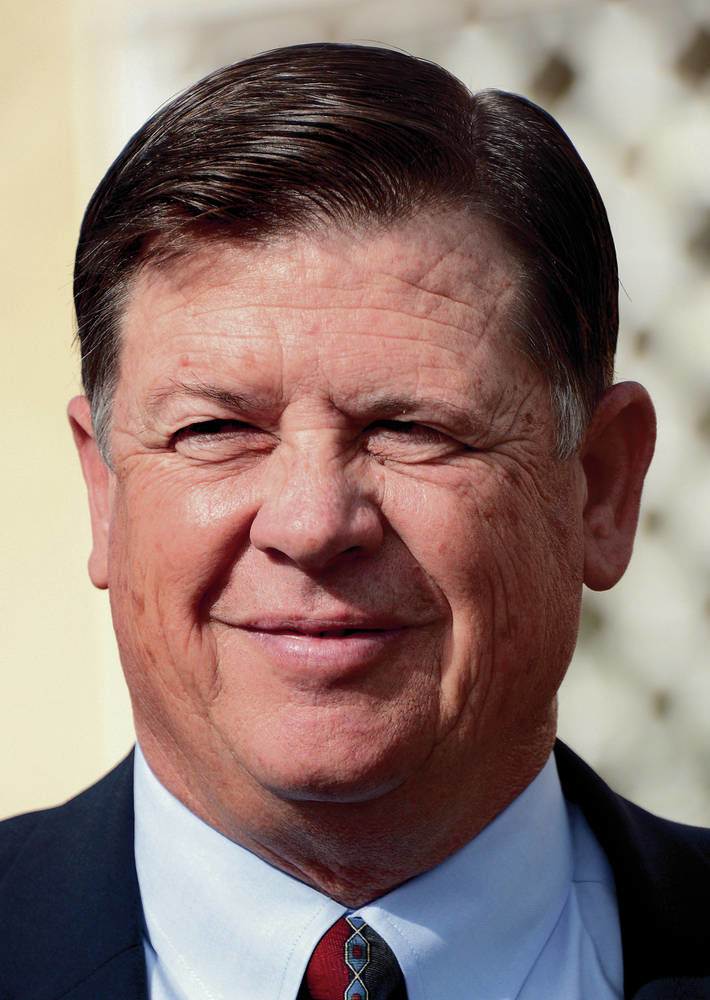 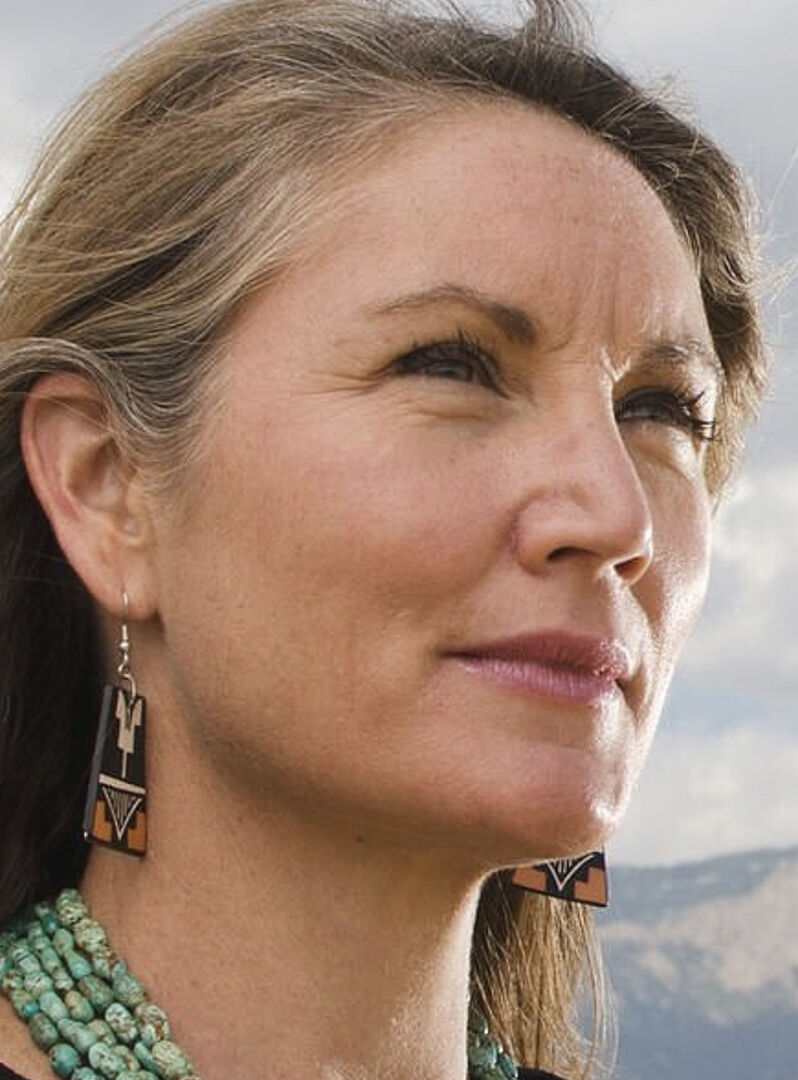 Aubrey Dunn already has contributed $65,000 to a political campaign he says is almost certain to fail — his own.

Dunn is running as an independent in the June 1 special election for the Albuquerque-based 1st Congressional District.

“I admit this is a long-shot race,” he said in an interview.

So why is Dunn spending his money and time on an election where he’s likely to finish no better than third?

If Seabiscuit could outrun a giant like War Admiral, politicians like to believe any race can be won. All that’s necessary is for everything to break just right.

Though realistic enough to acknowledge he probably won’t win, Dunn also says circumstances in the special election might be aligning for a monumental upset.

Dunn, a former state land commissioner from a well-known political family, believes he has higher name recognition than both of them. With only seven weeks remaining until the special election, Dunn says, he’s likely to remain the candidate who’s most familiar to voters.

But his hope of defeating Stansbury and Moores is more fragile than bone china.

A Democrat has won the 1st Congressional District in seven consecutive elections dating to 2008. The chance of an independent breaking that streak is minuscule.

To change the odds, Dunn says, he has to persuade at least a third of the voters that supporting a Democrat or a Republican guarantees plenty of political combat but no progress.

Dunn’s pitch is that electing an independent, namely himself, is a start toward restoring cooperation and good sense in Washington.

Dunn, 65, was a Republican when he was elected state land commissioner in 2014. He bolted to the Libertarian Party in 2018 with the intention of running for the U.S. Senate.

Instead, Dunn quit the Senate race to make way for former New Mexico Gov. Gary Johnson, another erstwhile Republican who became a Libertarian.

Dunn later switched back to the Republican Party before changing again to “declined to state,” New Mexico’s version of an independent.

“He’s run for everything and in every party during the last 10 years,” Moores said.

It’s not fair to call Dunn a perennial candidate. He lost a race in 2012 to then-state Sen. Phil Griego, D-San Jose. It was Griego’s last election before his conviction and imprisonment on public corruption charges.

Two years after falling to Griego, Dunn pulled a mild upset by defeating an incumbent Democrat in the election for land commissioner.

Dunn says he’s since grown tired of political parties and their constant warring. He believes his viewpoint makes him a threat in the congressional race.

If he weren’t capable of winning over voters, Dunn says, why did Moores phone to ask him to drop out?

Moores confirms he made the call.

“It was an odd conversation, to say the least,” Moores said.

As Moores recounted it, Dunn also asked him to step aside to lessen the chances of them splitting votes.

Moores in only two weeks of campaigning had captured the Republican congressional nomination. He wasn’t about to stand down for Dunn.

In Dunn’s eyes, the congressional race has a clear front-runner, and it’s not Moores.

“I see the Democrat as the favorite — by a bunch,” Dunn said.

Stansbury outworked seven other candidates to win the Democratic nomination. Conventional thinking is she might want Dunn in the race to siphon votes from Moores.

Dunn sees potential for the election to shape up differently. He said Democrats discouraged by the failings of Congress will never vote for a Republican, but they might support an independent.

A rancher and businessman, Dunn grew up in a family with a deep interest in politics.

His late father, also named Aubrey, was a Democratic state senator and fiscal hawk of his era. The elder Dunn sought the Democratic nomination for governor in 1982, losing a bitterly contested primary to Toney Anaya.

Congressional candidate Dunn is easily the largest contributor to his own campaign.

In a filing with the Federal Election Commission, he reported raising almost $73,000. All but $8,000 came from Dunn himself.

He’s not bothering with the subterfuge of saying he loaned money to the campaign.

“No, I don’t expect to get it back through contributions,” Dunn said.

Neither Moores nor Stansbury had yet reported any campaign donations or expenses. Both are busy outlining what they plan to do in Congress.

In contrast, Dunn speaks of defeat as often as victory. This is not to suggest he would quit politics. Already he’s working on a contingency plan.

“If I lose, I might run for governor as an independent,” he said.

This is too critical a time to be so divided. This district has been under Democrat reign for over 13 years, and what does it have, truly, to show for it? Crime is at an all time high, murder rate is up almost 50% this year alone, more than the last 10 years combined. Albuquerque went from being one of the best places in America, to one of the worst, just like that (snapping fingers). I say let's give Moore a try and see if there are changes for the better for District 1, because if the current continues, Albuquerque and the surrounding will just continue going down hill.

I don't think Dunn has a realistic chance of winning and will siphon votes from Moores.

I do agree with Moores's political ad about not taxing social security benefits, but he's only pandering to get more votes.

If that's the best he's got, he will lose. I do believe that Stansbury will win handily.

Personal ambition is a disease that attacks the political optic nerve first.

Far from the truth. You will look very far to find a more public spirited, less personally ambitious representative than Teresa Leger Fernandez. Senator Lujan has worked hard for New Mexico in every office he has held. Ambition is OK when it is coupled with working for the public good. State representative Romero has had lots of bad press over a fairly small matter (in which criticism is justifiable) but her work in the Legislature has been good.

Mike, although you got DC Pig Whistle Romero I'll raise you, I am stuck with Conflict of Interest Egolf .

According to the Secretary od State there are four candidates on the ballot and two write-ins. No mention of Chris Manning the Libertarian nominee... [innocent]

Ha! This is all about his ego and hubris. Dunn also wants to make sure the conservative vote gets split unless he is the only one, and his conservative credentials are not nearly good enough for the GOP to approve of him, so this is his version of scorched earth. He will be instrumental in handing the seat to the left wing/liberal, I hope that makes him happy and is worth all that money for his pride.

Well said Mike. Once again the Republicans have a chance to make inroads into the left wing juggernaut that has destroyed our state and once again some yahoo who would rather see his face on tv than stop the corrupt totalitarian socialists that have enslaved us will suck up just enough votes to ensure the democrat gets elected. Then we can go back to whining and wondering why the most beautiful state in the US is ranked near the bottom of every good list and the top of every bad list.

Oh Peter Feldner, those pesky 'totalitarian socialists,' when will they ever cease?

Poor Peter. How do you breath through all that foaming at the mouth?