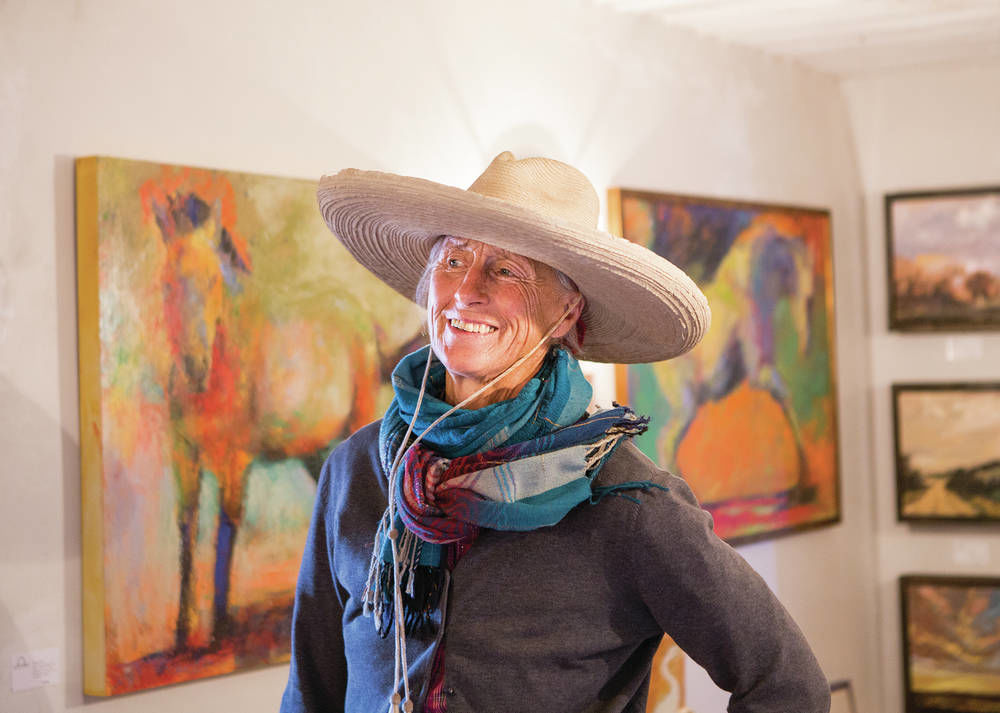 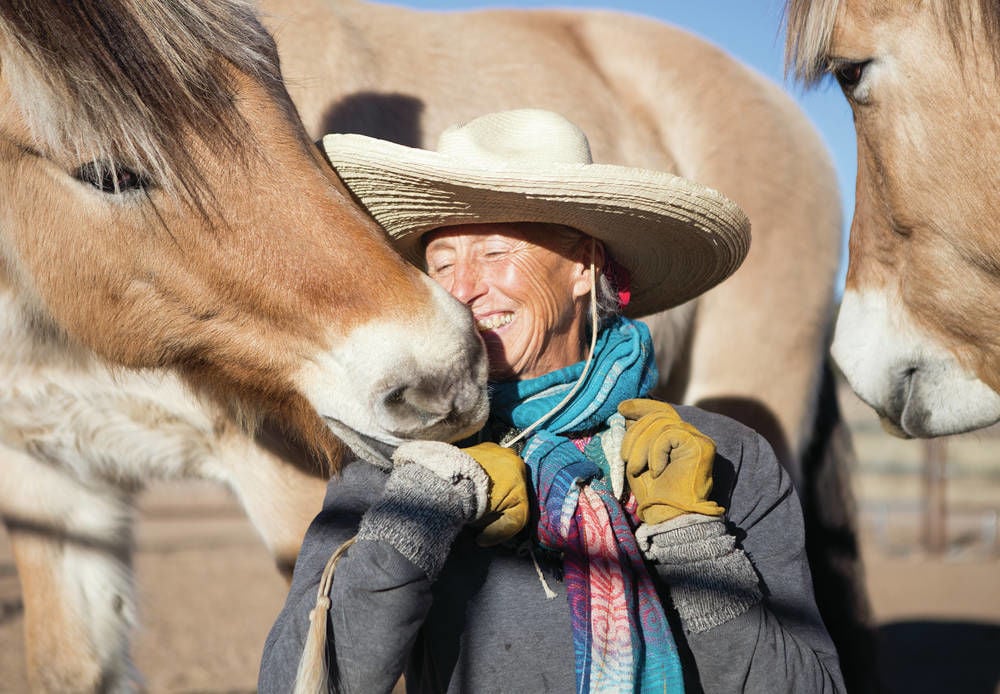 When Bernice Ende was a kid, she watched Westerns that featured New Mexico’s wide-open deserts and gritty canyons.

She’s gotten to know them a lot better since then, and she says they’re even more enchanting now than they were in the movies.

The Montana resident, whose long-distance horseback trips — sometimes up to 600 miles a month — gave rise to the book Lady Long Rider, stopped in Santa Fe this week as part of a book tour and remembered her initial visit to New Mexico with sweet nostalgia.

“It was like climbing into my skin for the first time,” she said Thursday at the Hat Ranch Gallery, recalling how she felt riding into Santa Fe on horseback years ago.

Ende, who grew up on a farm in Minnesota, explained that her inspiration to ride long distances came from a dream she had in which she vividly envisioned herself riding horseback through an open desert.

Since 2005, Ende has made long-distance rides totaling more than 30,000 miles — just Ende and her horses, and at times, her dog. In her book, she recounts sometimes harrowing adventures, delving into physical and mental challenges she had to overcome.

She writes about searches for water and shelter, fighting back pains, getting lost in brutal snowstorms and watching beloved animals die.

On her most recent ride through New Mexico, earlier this year, Ende said she meandered along sections of the Old Santa Fe Trail, passed idyllic adobe buildings and wandered massive land grants.

“You’re riding history here,” she said, adding that in the Southwest she doesn’t “stick out as much” wearing a large cowgirl hat and dirty jeans.

However, she’s had her challenges in the Land of Enchantment. In fact, she said her first stay in the state in ’05 was among the most challenging experiences she’s had.

Though she had that entire 1,800-mile journey mapped out, she said she got lost and “ended up in snowstorm after snowstorm.”

In freezing temperatures, Ende camped in a tent, struggling to find food and shelter for her and her horse.

“I rode into a nightmare,” she said.

With every trip, she added, there is “inevitable fear” and “capital U uncertainty.”

“It’s interesting and challenging, but not ‘fun,’ ” she said. “Fun doesn’t have the element of danger or risk. … It’s so much more than fun.”

Prior to her book tour, Ende — also a ballet teacher — said she had never used a cellphone, GPS or credit card on her journeys. Today she has a flip phone, which she said is mandatory in coordinating her 60-stop tour, which will end in May.

Ende is traveling with her two Norwegian Fjord horses, Montana Spirit and Little Lisca Pearl, pulling a horse trailer behind her pickup. She says they are her truest companions.

“I live with my horses like people do with their dogs,” she said with a laugh, adding that she enjoys her “singular” lifestyle.

What keeps her going, she said, is the feeling of being fully alive, which happens every ride.

“There’s nothing like it,” she said. “It’s like discovering something about yourself you never knew existed. It’s the call of the horizon.”