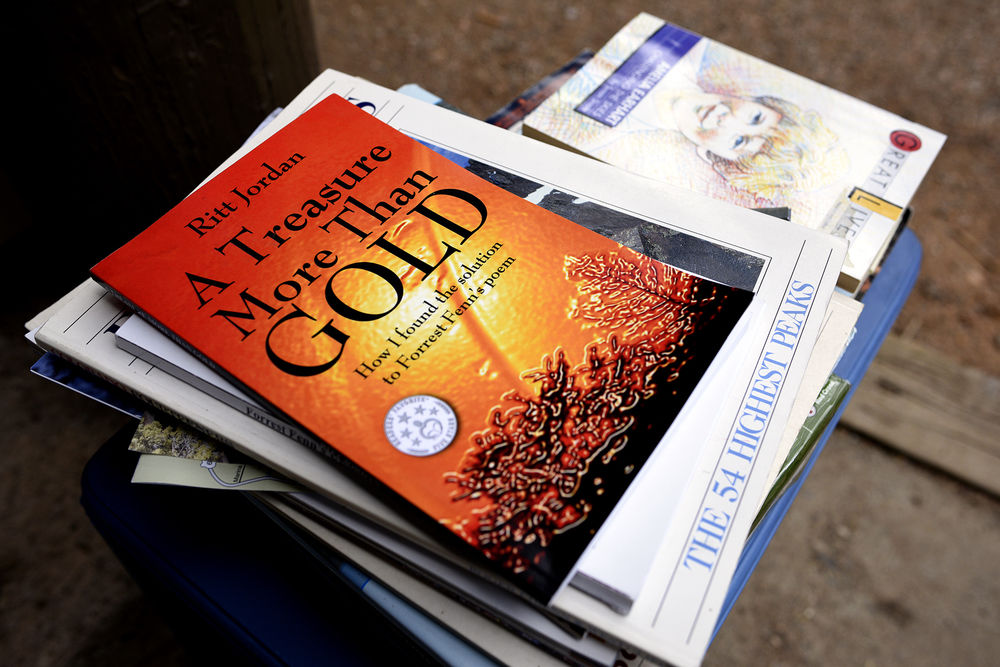 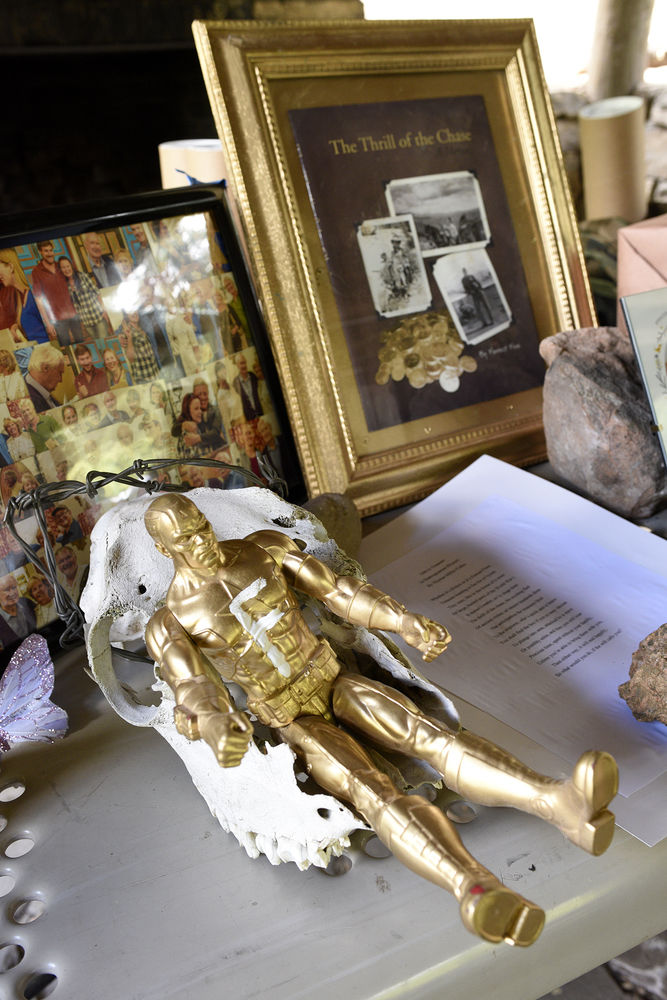 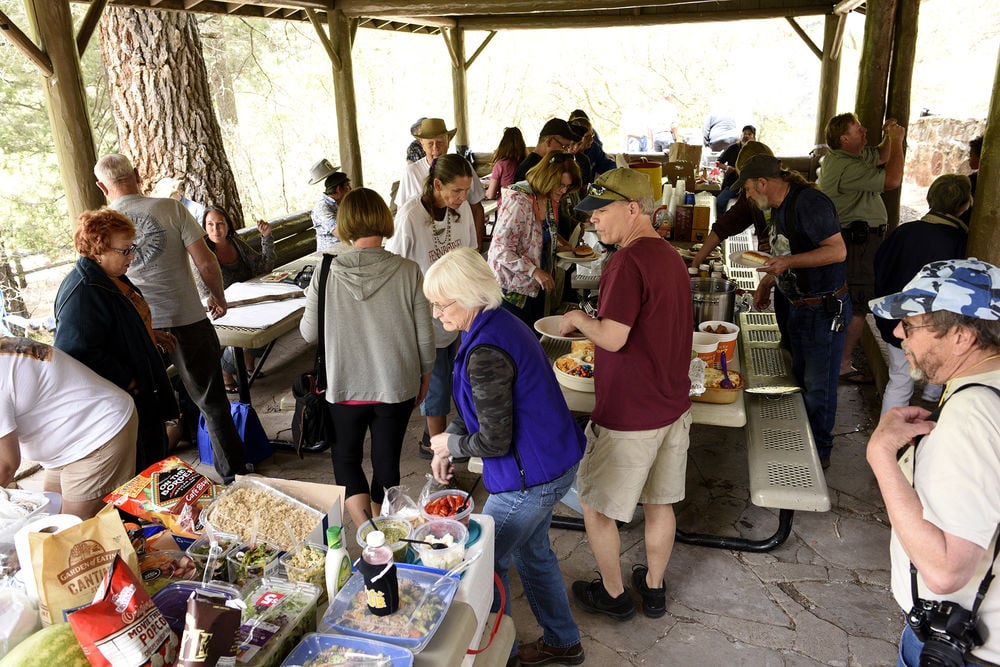 Treasure hunters from as far away as Pennsylvania and Virginia gathered Saturday in the woods at Hyde Memorial State Park to swap stories, hand-sketched maps and clues about the whereabouts of a bronze treasure chest brimming with gold and precious jewels that’s hidden somewhere, possibly in the American Southwest.

At least that’s the best guess of where Santa Fe author and adventurer Forrest Fenn has stashed the valuables.

It was the third annual Fennboree to mark the six-year search launched by Fenn, who told the treasure hunters he wanted to “get people off their couches and away from Dancing with the Stars.” It’s better, he suggested, to have families camped under real stars as they hunt for the treasure.

He figures that about 65,000 people across the world have joined the search to one extent or another.

Fenn posed for pictures, signed books and chatted with about 100 of his fans at a potluck lunch in a clearing at the park. It was the first Fennboree he had attended. He said it took him 15 years to fill the chest with gold coins, rubies, emeralds, sapphires, diamonds, two ancient Chinese jade carvings, several jeweled Colombian bracelets and gold nuggets, two of them as large as eggs.

Though he would not put a value on the trove, he pointed out the obvious: “It’s worth finding.” By itself, he said, the chest is at least worth the $25,000 he paid for it.

Asked if there is a time limit on discovering the treasure, he said 10,000 years sounded about right.

Besides the lunch and sharing their adventures, treasure hunters also paused for a moment to remember one of their own — Coloradan Randy Bilyeu. He disappeared — and has not been found — as he searched for the treasure in January near Frijoles Canyon south of Los Alamos.

Another episode of an endangered searcher had a happier ending. Keri Goldday of Henderson, Ky., recalled how Fenn organized a search party for her husband, Jerry, who disappeared while hunting for the treasure on snowshoes in Yellowstone National Park. “By the time the night was over, [Jerry] had a helicopter ride out of West Yellowstone. He had just gotten stuck,” she said.

The gathering included a dinner Friday night and the debut of Fenn’s Searchers, one of several Fenn-related documentaries, that follows some of the fortune hunters as they scour the Rockies. A film crew from Chattanooga, Tenn., was busy Saturday interviewing event participants for a movie called The Chase. It’s to be released next year.

Searchers also pore over whatever sources they can dig up for clues, including Fenn’s writings. A notable one is his memoir, The Thrill of the Chase.

Of the treasure, Craig Carter of Castle Rock, Colo., said that, based on his research, “it makes a lot of sense that it would be in New Mexico.”

Several hunters have concluded that the chest has not been buried. “I don’t think we will need shovels,” one said.

For his part, Fenn said no one has acknowledged finding the cache, though some have come much closer than they realized. In one case, he estimated that searchers came within 200 feet of the treasure chest. But he didn’t tell them that.

One woman at the gathering told Fenn she was convinced the treasure chest was hidden somewhere “north of Santa Fe in the Rockies.”

“Now I am worried,” Fenn joked.

Claims that Fenn’s treasure has been unearthed — or that the clues he has published lead searchers to a specific location but the trove is not there — are a daily rite.

Linda Bilyeu and her daughter, Michelle Stoker, still maintain a bit of hope that Randy Bilyeu, who disappeared while looking for Forrest Fenn's cache, is alive.