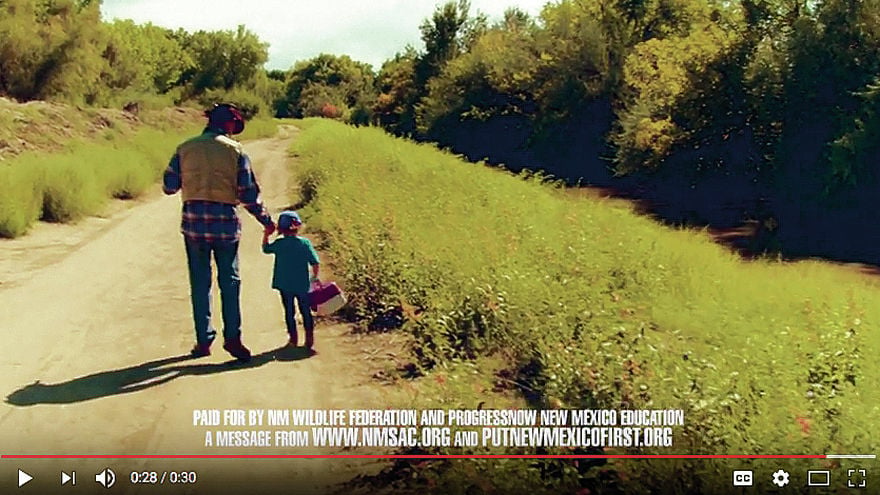 The nonprofit Put New Mexico First has launched a campaign ad over a law that prohibits the public from accessing waterways that bisect private plots. Image from political advertisement 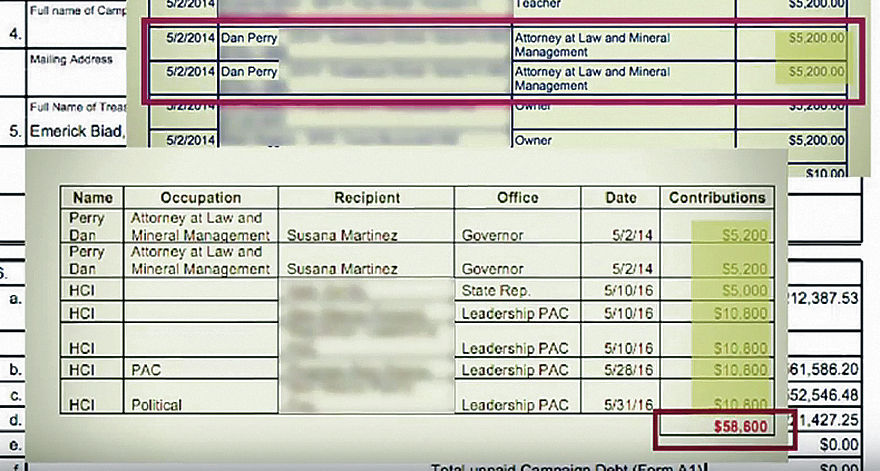 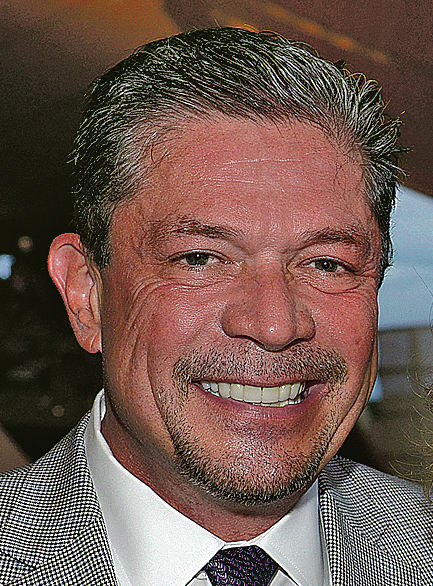 The nonprofit Put New Mexico First has launched a campaign ad over a law that prohibits the public from accessing waterways that bisect private plots. Image from political advertisement

New Mexico’s governor is under fire in a new television advertisement that accuses her of privatizing state streams to the benefit of a campaign donor, Dan Perry, a Santa Fe oil and gas attorney.

The left-leaning political nonprofit group ProgressNow New Mexico and the New Mexico Wildlife Federation, a sportsmen’s group that has supported keeping public resources in the hands of the federal government, launched the TV ad, titled “Traditions,” through their Put New Mexico First campaign. The ad is airing for two weeks on Comcast and Dish networks, local TV stations KOB and KRQE, as well as on radio stations and social media sites, for a total cost of $65,ooo, according to at Pat Davis, executive director of ProgressNow New Mexico’s Education Fund.

Though the narrator doesn’t mention Perry, his name is shown in campaign finance documents for Gov. Susana Martinez that appear in a few seconds of the ad, and the group names Perry in a news release Tuesday announcing the new ad spots.

Perry, a former Texas resident, owns the Trout Stalker Ranch in Chama and founded the New Mexico Habitat Conservation Initiative, which contributed $47,000 to Republican political action committees and $5,000 to Republican state Rep. Nate Gentry of Albuquerque in 2016, according to FollowTheMoney.org.

Perry personally contributed more than $13,000 to Republican campaigns over the last two years — with more than $10,000 going to Martinez’s campaign for governor in 2014.

The “Traditions” ad shows a sign at Perry’s ranch alerting anglers of a $2,000, 10-day pass required to access some streams there. The sign notes that meals and equipment are not included in the fly-fishing fee.

ProgressNow New Mexico and the New Mexico Wildlife Federation suggest Perry and the Habitat Conservation Initiative’s campaign donations were to thank Martinez for signing Senate Bill 226 during the 2015 legislative session. The measure created “liability protection for landowners from recreational users of public water” and prohibits the public from accessing waterways that bisect private plots. The legislation voided an order by former state Attorney General Gary King that made all New Mexico streams open to the public.

Michael Lonergan, a spokesman for the governor, called the ad “a cheap and breathtakingly dishonest smear,” and he countered that the left-leaning groups did not disclose their own campaign contributions.

He said that SB 226 passed with the support of more than a dozen Senate Democrats and “simply helps ensure that people aren’t trespassing on someone’s private property.”

A vote on the bill in the House, however, fell along party lines.

The TV ad spot opens on a grassy riverbank, where a man is casting a fishing line out into a stream with one hand and holding his small grandson’s hand in the other.

“I wanted to pass down our tradition of fishing to my grandkids,” a narrator says, explaining that private business owners encouraged legislation to privatize and monetize fishing access on public land. “She made it illegal for my family to fish the same streams my grandfather used to,” the narrator adds, referring to Martinez.

In an interview Wednesday, Perry confirmed that he has contributed to political campaigns in the state. “Fighting for political causes is something we do and are proud of,” he said.

But Perry said his donations have cut across party lines. In the past 10 days, he said, he has given four donations of $2,500 each to Democratic PACs and state Rep. Brian Egolf, a Santa Fe Democrat.

Perry said SB 226 protects landowners’ rights to the riverbanks surrounding waterways, as specified in their deeds. He worked with a number of groups, including the New Mexico Cattle Growers’ Association and the Realtors Association of New Mexico, to get the bill passed and signed into law, he said.

He disputed some points made by the “Traditions” ad, saying the north and south portions of the stream running through his Chama ranch have open access. A fee is only required to fish in the stream’s center portion because he and his family spent more than $150,000 renovating that segment, he said, and they believe they have the right to earn back part of that investment.

Perry said the river that runs through his property is so narrow you can wade through it barefoot and ankle deep.

Lawsuits on the privatization of waterways have emerged in Colorado, Utah and Montana, where the U.S. Supreme Court ruled that access must be granted for wide bodies of water. This “is an issue that has just lit up the entire West with controversy,” Perry said.

Garrett Vene Klasen, executive director of the New Mexico Wildlife Federation, said in a statement, “Access to national, public lands is an American birthright, and we aim to protect our lands against those who seek to privatize them. What do we become as a people and a nation without access to our mountains, lakes, rivers and streams?”

Davis said the TV commercial is meant to incite public activism. “We hope that more New Mexicans will see a need to become civically engaged if they understand what’s at stake.”