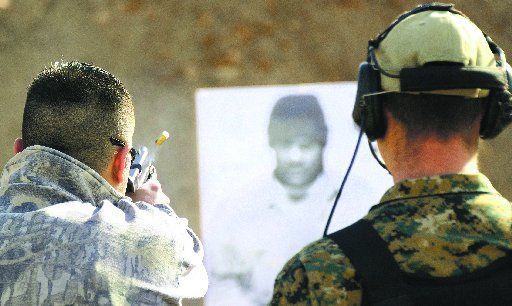 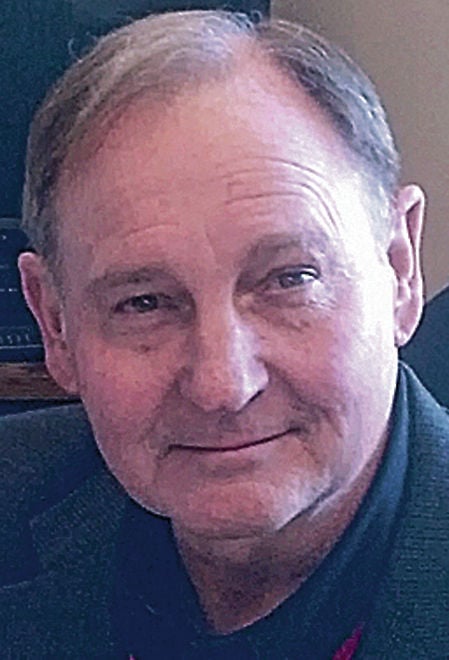 As some law enforcement academies across the country scale back on military-style training in the wake of deadly shootings and riots, here in New Mexico, the top cadet instructor stands behind his police-training material, which includes an officer survival lesson plan that teaches cadets to have a “warrior mindset.”

Jack Jones, the director for the state Law Enforcement Academy, said he will continue to implement the lesson plan as state Attorney General Hector Balderas plans to review the academy’s curriculum. The academy, which is in Santa Fe and sets the tone for statewide police training, came under scrutiny last year after Jones made changes to deadly force training.

“We welcome the attorney general,” said Jones, who has been the academy’s director since June 2013. “We’re excited for him to come look at our stuff.”

The demands to revise military-style police training come after the fatal police shooting of Michael Brown in Ferguson, Mo., last summer and more recently the death of Freddie Gray, who died in the custody of Baltimore police earlier this year. In New Mexico, activists have called for police-training reforms after a spate of deadly shootings by Albuquerque police.

The U.S. Department of Justice said in a scathing review last year that the Albuquerque Police Department repeatedly engaged in “unjustified, deadly force.” The federal department and the police force have entered into a settlement agreement to change policies, including reforms to police training.

Public scrutiny intensified when two Albuquerque police officers shot and killed James Boyd, a mentally ill homeless man in March 2014. The episode was caught on video from an officer’s helmet camera. The footage shows Boyd surrendering just before the officers shoot him a total of six times.

“We are at this moment where we have to re-engineer how we recruit, how we train and how we supervise,” said Chuck Wexler, president of the Washington, D.C.-based Police Executive Research Forum. “De-escalation, crisis intervention, better communication skills — all of these things are what the 21st century police officer needs to have in any situation, whether it’s talking to a citizen you may have stopped or trying to defuse a situation where a mentally ill person has picked up a rock or a weapon.”

For the past few years, the Washington State Criminal Justice Training Commission, which trains the state’s local police and sheriff’s deputies, has emphasized such skills.

The Washington state academy relies heavily on a curriculum called “Blue Courage,” developed by a former Aurora, Ill., police commander with support from the U.S. Justice Department. It was first used in 2013 at Arizona’s largest police academy, after local chiefs listened to a presentation.

Blue Courage has been introduced at the New York City and Baltimore County police departments, as well as academies in Nebraska and Arizona. The curriculum emphasizes that police officers should treat suspects with respect and use verbal communication first, before weapons, to de-escalate a dangerous situation.

President Barack Obama’s Task Force on 21st Century Policing endorsed the philosophy last week. The task force released a 116-page report in which it recommended police agencies “should embrace a guardian — rather than a warrior — mindset to build trust and legitimacy both within agencies and with the public.”

As attorney general, one of Balderas’ responsibilities includes serving as chairman of the academy’s eight-member board. He is expected to attend the academy’s next board meeting, his first since being elected, June 9 and 10 in Española.

“We are coming together at a critical time nationally and locally, as the divide between law enforcement and the communities we serve continues to grow, from Ferguson to Baltimore and even here in New Mexico,” Balderas said in a statement.

Balderas didn’t say if he will recommend any changes to the curriculum, but he laid out three priorities for the board in his statement: that it appropriately handles police disciplinary actions, that it follows state transparency laws, and that the academy curriculum “is up-to-date with the best training available for officers, focusing on safety, but also ensuring that it is designed to meet the needs of our culturally diverse state.”

A Santa Fe New Mexican review of the curriculum in March 2014 quoted various national police-training experts who said teaching cadets to have a warrior mindset could instill fear among officers, raising the potential danger for civilians in police interactions.

In September 2013, the governor-appointed members of the board voted unanimously to give Jones control over the curriculum. Jones shortened classes to 16 weeks from 22 and changed use of deadly force training, saying it would reduce police shootings in the state.

Chris Mechels and another Santa Fe resident filed an Open Meetings Act complaint against the academy’s board. The complaint, which is pending in First Judicial District Court, says that when the board adopted the rule in September 2013 that gave all control over curriculum to the academy’s director, the board essentially cut the public out from hearing or commenting on any proposed changes in how the state trains potential officers.

Mechels said he appreciates Balderas’ comments about reviewing the academy’s curriculum, but he doesn’t think the attorney general has the members’ support to make police-training reforms.

The Associated Press contributed to this article.

The "warrior mindset" led to the Cleveland killings. An unarmed black couple were shot at 122 times by many policemen, including 34 times by the officer just acquitted of all charges. Then, "fearing for his life," he jumped up on the hood of the car and fired 15 more rounds into the victims. He was let off because it could not be determined which police bullets were fatal to the couple.

This is a guy totally out of control who should not be on any police force, ever again. Cleveland has just agreed to the oversight that APD has. Some things that can also help rebalance the relationship between citizens and police:
--Neighborhood policing, out of the car and walk a beat so everyone knows the cop as a partner instead of an adversary. The cop will learn stuff not taught at the academy too.
--"Peace officer" needs to be revived as the appropriate term for a cop; we are far from that now.
--"Go slow" with a possibly dangerous suspect. Call in experts if mental health issues are suspected.
--Never shoot at a moving vehicle. It is disallowed under all circumstances by major PDs around the country.

I would volunteer to serve on an oversight board, but only if it included riding along with cops. Otherwise, one is not qualified to offer one's two cents. Hopefuly, the cops would let me carry a 1911 after requisite training.

Having myself criticized the warrior mindset, I have to step back and eat some crow after two cops were recently shot down in routine traffic stops, one in Albuquerque and one in Rio Rancho. One, from Rio Rancho, is dead. The other was grievously wounded. How the hell does one tell a cop on the street not to have a warrior mentality when any stop might result in meeting an armed scumbag from the Revolving Door Society will open fire on you when all you are doing is a traffic stop? Clearly, de-escalation is a two way street. Until we figure that out, we need to work together, both officer and civilian, to identify friend or foe. Before an accidental shooting.

No easy answers here. We need to work together and reduce the mistakes as well as the taut nerves, which are there for a reason. Ask Gregg Benner’s next of kin.

And the AG is qualified to make this decision ?

Crisis is often Opportunity; opportunity for change. Change from a misplaced
"warrior mentality" to one of 'PEACE OFFICER" and does include recruitment, training and accountability to the communities served. Remember their motto is TO PROTECT AND SERVE, not to suppress and oppress and occupy !

A lot negativism toward the police these days over Ferguson and Gray in Baltimore. No one mentions the fact that Brown in Ferguson robbed a store and charged the cop. First of all, don't rob stores. If you are dum enuf to do so, get lost. They will be looking for you. Don't show off walking down the middle of the street. In any encounter with a policeman, give up. Do battle and you'll lose. Gray was a known quantity to the cops. Jury still out but he was no angel. Look at the killings in Baltimore right now. Do not alienate cops. Even a speeding ticket leads to an unpleasant encounter but just don't speed.

APD has their own academy. Seems to me that this is primarily an APD problem.

Mr. Thomas, it is not just an APD problem. APD is one of 9 police academies in NM and their "core" curriculum is set by the LEA Board, and they detailed that duty to Mr. Jones. So, Mr. Jones gets to set the "core" curriculum for APD. APD can add to that core, but not subtract. The LEA also sets the content of the LEOCE, the test which officers must pass to become certified. In sum, the LEA has a huge impact of APD.

A change which Mr. Jones made in 2013 was to add "Officer Survival" training to the "core", as well as Live Fire Vehicle Stops. In a word, more violence and more paranoia. Jones did this without public input, and only cursory oversight by the Board. The APD can't avoid those requirements. The source of those requirements? Well, it seems that Mr. Jones, and Mr. Eden (his boss) simply walked those ideas across the street from the State Police, where Jones helped to develop Officer Survival back around 1980.

Reading the LEA minutes, we find that Officer Survival training is Jones "pet project", from his long ago service in the State Police.

So, APD now MUST teach "pet projects" defined by Mr. Jones, and some of those courses run directly counter to the DOJ settlement agreement. It affects APD directly.

Sounds, to me, like Mr. Jones is out of step with the times and needs to be replaced. Simple as that.

Chris can just copy and paste one of his previous posts......they're all the same.

Face-friendly masks for the hearing impaired

Chasing beetles with my granddaughter