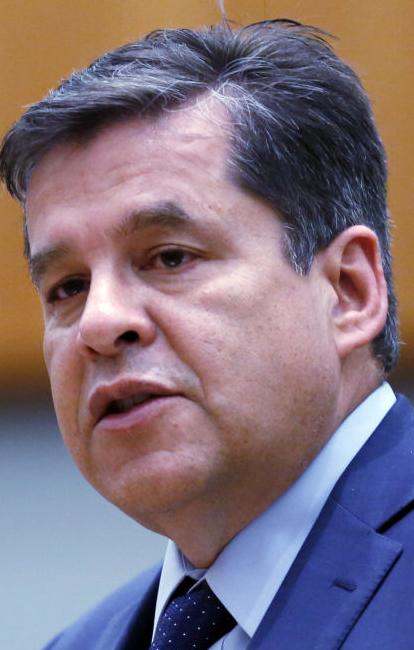 State Sen. Joe Cervantes, who’s served in the New Mexico Legislature for 21 years, has had an epiphany.

Term limits now seem like a fine idea to him.

“Our democracy is failing, and it all comes down to tribal partisanship,” says Cervantes, D-Las Cruces.

In his theory of what’s ruining government and the country, a politician who challenges the party line becomes an outcast. To protect his seat and his comfortable way of life, the politician conforms with his party’s edicts instead of voting his conscience. The few who refuse to go along with the pack become pariahs.

A certain body of evidence backs up Cervantes’ contention.

Anderson refused to give up his seat. He instead quit the Republican Party, switching to independent.

Anderson, of Roswell, turns 70 next month. If he runs for reelection in 2022, he is sure to draw opposition from Republicans who dominate his district.

As it stands, he says, the legislators who speak most freely are the ones who aren’t running for reelection.

This led Cervantes last winter to propose a constitutional amendment for term limits on state legislators. The measure would have limited them to 12 consecutive years in office. His proposal received almost no attention and died without a hearing.

Cervantes wasn’t the first state lawmaker of the century to advocate for term limits.

Kintigh lost his seat in a primary election soon after, but he kept running for public office. He is now in his second term as mayor of Roswell.

Cervantes has been an even more persistent candidate than Kintigh.

Cervantes was a Doña Ana County commissioner. Then he served in the state House of Representatives from 2001 through 2012, believing for a time he might ascend to speaker.

When ambition gave way to the reality that Cervantes wouldn’t move up in the House, he ran for the Senate in 2012. He continued in the Senate after a campaign for governor in 2018.

Term limits don’t stop ambitious politicians from trying to vault to higher office. That’s only one of the flaws with Cervantes’ idea.

A bigger drawback is term limits would remove experienced legislators and often replace them with beginners. This system would increase the power of lobbyists and government staff members, who often are several steps ahead of the part-time Legislature.

Cervantes knows all the arguments against term limits. He used to make them himself.

He’s concluded that an influx of fresh voices, no matter how inexperienced politically, would serve the public better than entrenched politicians trying to protect their own turf.

Cervantes was reelected last year to his third term in the Senate. If he wants to keep pressing for term limits, he has three more years in the Legislature before he has to decide whether to run again.

There’s another nuance to the debate about how long a politician should be in office.

Term limits already exist in a different form. They’re called elections. The mass ouster of Democrats who voted to retain the anti-abortion law is the most obvious example.

It’s also true that many do-nothing legislators sit in the state Capitol for 20 or 30 years. The deadwood exists in part because New Mexico lawmakers aren’t paid a base salary.

Most people can’t afford to run for the Legislature, so the pool of candidates remains small. The result is a Legislature filled with retirees, lawyers and people who make a living off the government in one way or another.

If Cervantes has his way and term limits are authorized, most people still won’t be able to afford to run.

That leaves the same crowd in charge, just on a different schedule.

"A bigger drawback is term limits would remove experienced legislators and often replace them with beginners."

According to U.S. News and World Report, New Mexico ranks:

#47 in Crime and Corrections

Yeah, let's just keep on with those experienced legislators. They've been doing so well for decades.

Here is an idea -

limit the amount of money each candidate and candidate supporter organization is allowed to spend while requiring newspapers, mail, radio, tv and internet ( all media) to give limited, free and equal advertising & coverage as their contribution to our democracy.

It's too bad that term limits have become necessary. We have a legacy of great legislators that improved with age. In our area, Lucky Varela & Max Coll come to mind. They were public servants in a different time. One that was far less partisan and far more open. It's a shame that our State govt exhibits too many characteristics of our Federal system. Gridlocked, stagnant and insular. We need more voices and more ideas. In short, more candidates.

Milan opines: "A bigger drawback is term limits would remove experienced legislators and often replace them with beginners." Indeed, in a state where we are last in most all categories of success, as well as having many people in office that have to die to be removed, who would want new ideas, approaches, and knowledge? Sure, keep doing the same things the same way over and over and expect different outcomes.......

It sounds like Cervantes is getting ready to run for the U.S. House in CD2. I wonder on which ticket?