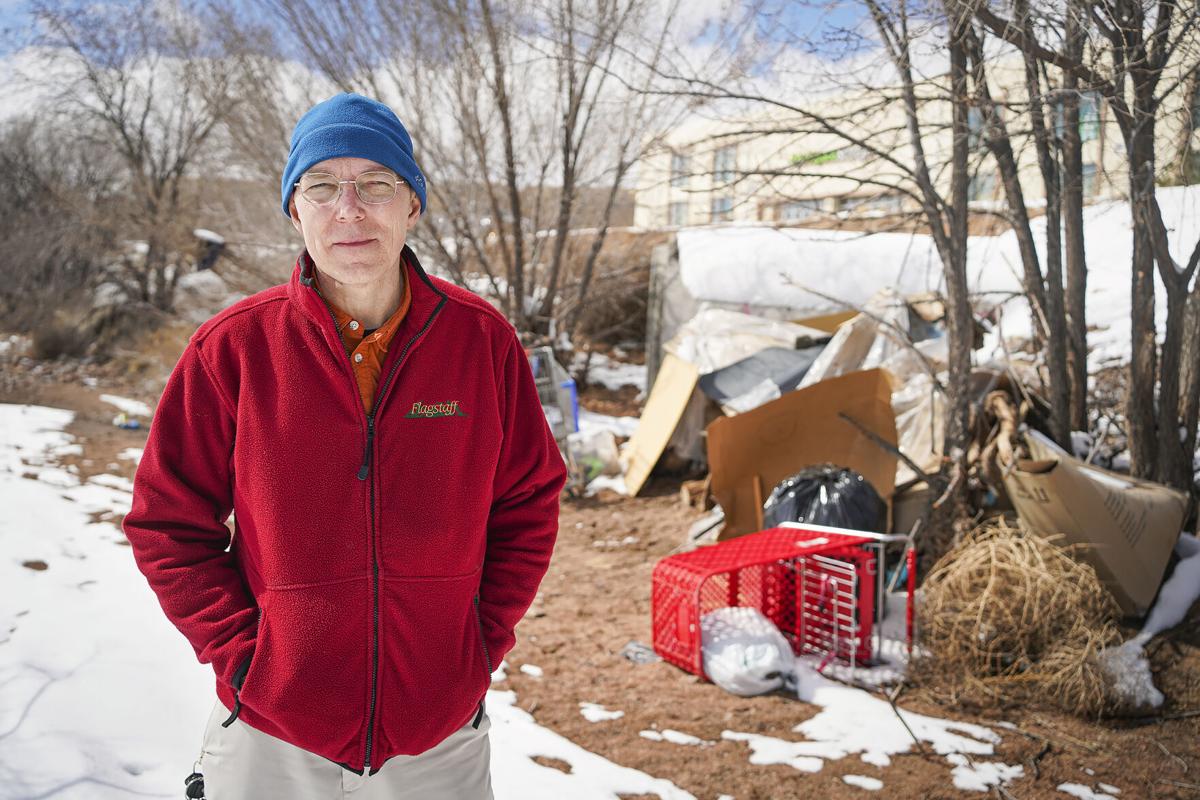 Dan Frazier walks through an arroyo near his home last week, where several homeless encampments have popped up. It is an issue he has tried to address with city officials. 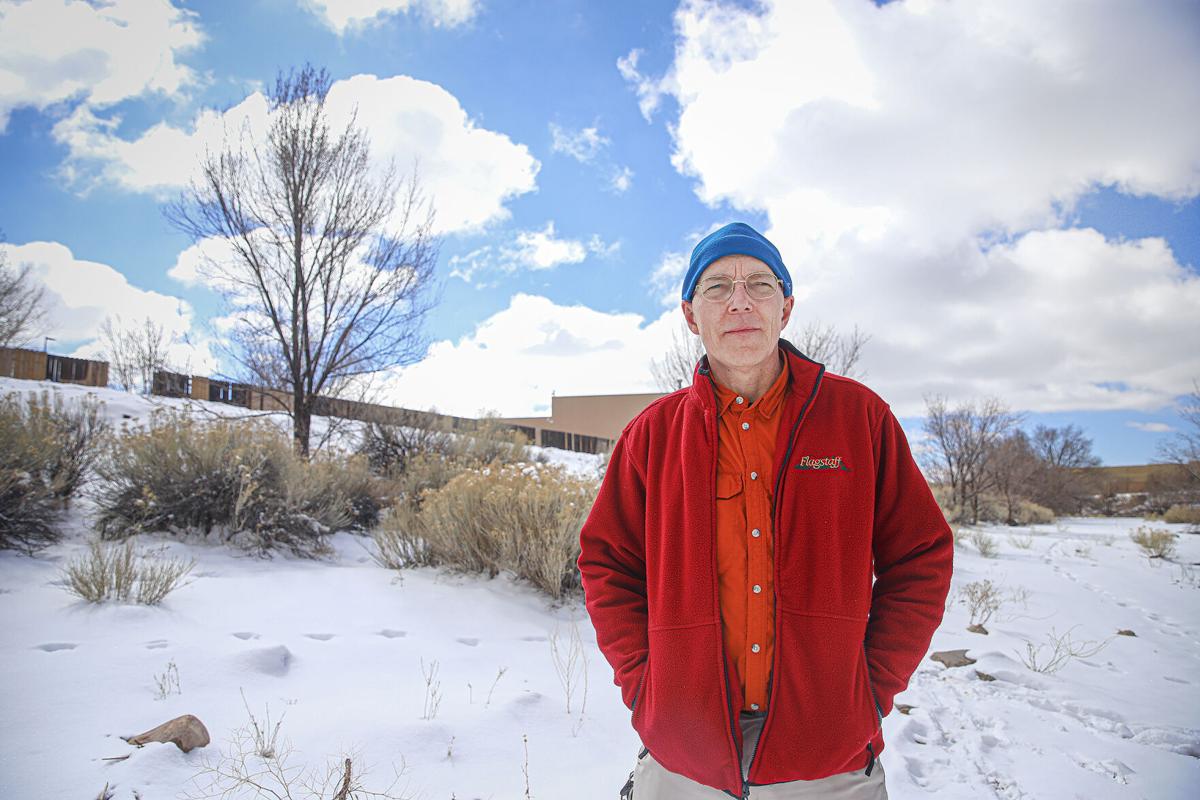 Dan Frazier stands in an arroyo near his home and several homeless encampments. 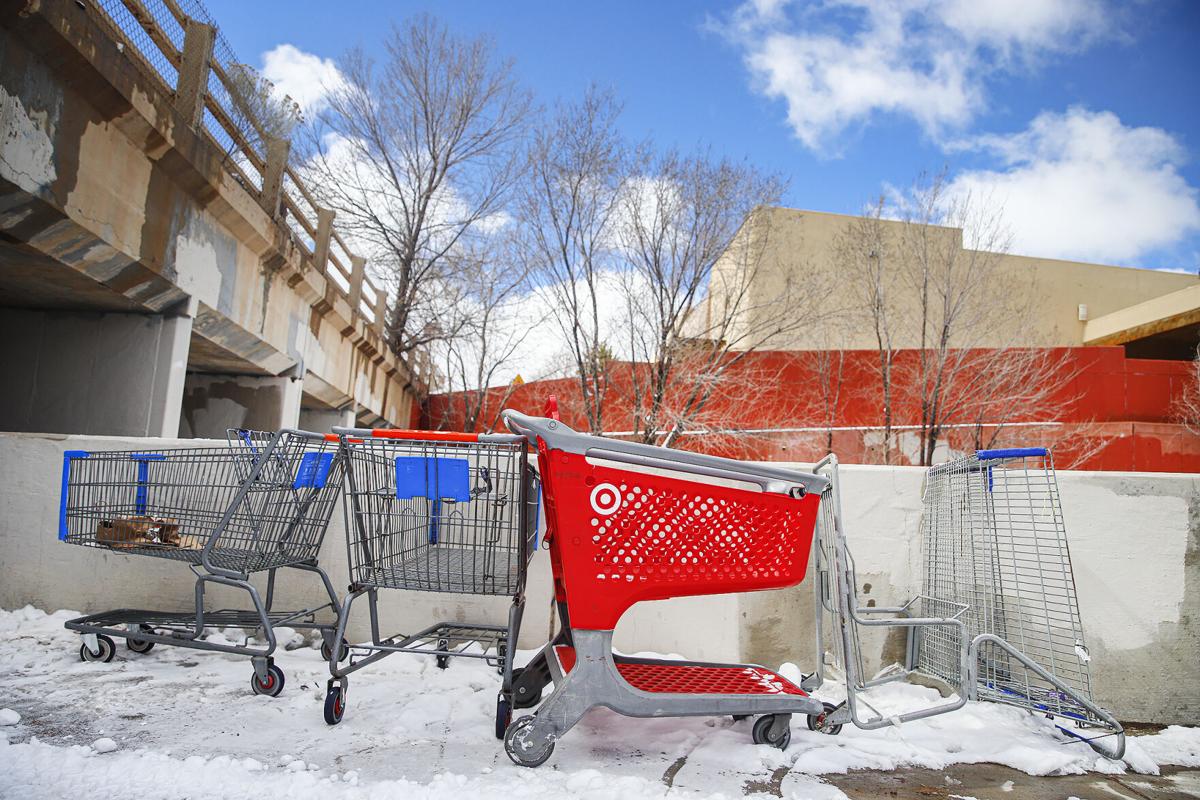 An assortment of shopping carts crowded together near a homeless encampment under the Rodeo Road bypass last week.

Dan Frazier walks through an arroyo near his home last week, where several homeless encampments have popped up. It is an issue he has tried to address with city officials.

Dan Frazier stands in an arroyo near his home and several homeless encampments.

An assortment of shopping carts crowded together near a homeless encampment under the Rodeo Road bypass last week.

Dan Frazier lived in a tent for six years in the woods outside Flagstaff, Ariz. He contended with subzero temperatures and snowfall averaging 109 inches a year.

“I had a small propane heater. I kept the flap of the tent open so it wouldn’t asphyxiate me,” he said.

Discomfort allowed Frazier to chase a goal. If he didn’t have to pay rent, he figured, he would work less at a regular job and devote more time to becoming a writer.

Frazier, 55, now lives in an apartment in Santa Fe, but he hasn’t gone soft. He is relentless in a different way for other objectives.

While running his own business and traveling Santa Fe’s south side by bicycle, he documents what fouls the outdoors. Then he files complaints with the city government in hopes the messes will be cleaned.

“I have multiple issues at the Arroyo Chamiso underpass at Rodeo Road,” Frazier said one recent day. “Whose bright idea was it to leave a big pile of snow in the underpass? This pile of snow is a real hazard because it is right in the middle of the trail at the bottom of a hill where some cyclists may be going too fast.”

Frazier has lived in Santa Fe since 2016. During the past three years, he has alerted city employees to encampments of homeless people in public spaces. He photographs the mounds of trash and stray shopping carts that mark the spots.

Another time, he made a video showing neglect of Villa Linda Park. Frazier sent it to the city recreation director.

He also photographed tall weeds marring the grounds of the Genoveva Chavez Community Center, as well as a city vehicle blocking a sidewalk.

“This may create difficulties for pedestrians and especially people with disabilities,” Frazier wrote to the recreation director. “Thank you for your attention to these matters.”

His messages are almost always fact-based and evenhanded. If Frazier doesn’t see results, he lets the politicians know about it.

Then he might receive a commitment from someone in authority that garbage and defacing of public property won’t be tolerated.

For instance, City Councilor JoAnne Vigil Coppler sent him an email last year saying she had alerted the council liaison, who would follow up with appropriate cleanup crews.

Vigil Coppler also responded two years ago when Frazier made a video of graffiti fouling the Chavez Center Skate Park.

Frazier sticks with his cause, even when the wheels of city bureaucracy seem stuck in quicksand.

“Civic activist might be a stretch,” he says of his efforts. “I don’t know if what I do makes a difference. I would hope.”

Frazier isn’t a cold sort when it comes to homeless people living on city trails or along arroyos. People and governments, he says, must help those without a safe place to stay.

“The city also has a responsibility to maintain its own property,” Frazier said.

A self-described liberal, he owns a business called Carry a Big Sticker. It produces bumper stickers and magnets that jab Republicans.

One of his bestselling bumper stickers displays a cereal box called Tweeties with a picture of former President Donald Trump. “The breakfast of idiots” is the caption below Trump’s image.

Frazier operates his business from a small office. He has two part-time employees, but he does much of the work himself. As boss and courier, Frazier boards his bicycle to transport orders to the post office.

Along the way, he might see an offensive patch of weeds or an ugly sprawl of trash on a trail. Political commentary is his vocation, but trying to keep the town tidy is a job he doesn’t ignore.

Both ventures bring disappointments. On his business website, Frazier offers bumper stickers that Amazon and eBay have banned.

One features Trump with an Adolf Hitler-style mustache in front of a swastika.

“It’s been a major hassle,” Frazier said of large websites prohibiting some of his items.

Some have advised Frazier to broaden his enterprise and fatten his income by creating bumper stickers that pierce the left as well as the right. He refuses.

“All my stuff is liberal. People say I should diversify. I just couldn’t do it. I don’t have the stomach for it,” he said.

That’s Frazier, a modern lone ranger who rides the south side with an eye out for trouble — domestic or national.

I wonder if a woman was engaged in these type of activities especially complaints to the city whether you would call her a scold or the b word. Just asking

Does this guy realize the issues he's always complaining about are brought to him by a government controlled by liberal democrats?

Dan, you should be on the BPAC.

No one is being censored. He has a private business and prints the stickers he wants. Censorship would be if he government stopped him from printing them.

I am talking about big tech censorship that enjoys 230 protection from the government, they are the new thought police and are getting bigger than the government.