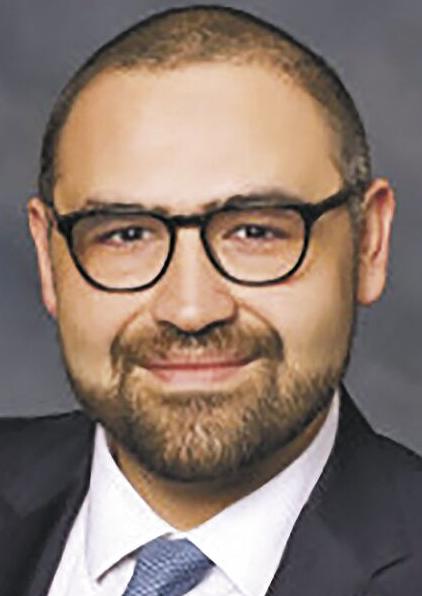 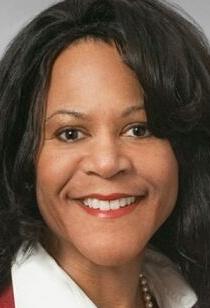 A state senator is planning to sue New Mexico Health Secretary Dr. Tracie Collins over an ethics complaint he claims she filed against him in retaliation for his request for records related to the state’s response to COVID-19 and the spending of federal funds.

Sen. Jacob Candelaria, D-Albuquerque, filed a tort claim notice Monday in which he asserts Collins’ complaint — accusing him of voting on legislation that would affect a client of his private law practice who has sued the Department of Health — was “without merit, defamatory in nature, and swiftly dismissed on jurisdictional grounds by the [New Mexico] Ethics Commission six days later.”

The tort claim notice was served to the state General Services Department via certified mail Monday, said Candelaria, an attorney.

A spokesman for the state Department of Health declined to respond to the allegations, saying the agency does not comment on pending litigation.

Candelaria said in a telephone interview the tort claim, which is a notice of intent to sue, will be the first in a series of actions he plans to take to expose the alleged retaliation and threats he faced after he filed public records requests with the Governor’s Office last year.

Nora Meyers Sackett, a spokeswoman for the governor, said, “No such ‘retaliation’ ever occurred, and it’s troubling that this legislator continues to be seemingly motivated solely by his own personal animus.”

Candelaria, an outspoken legislator who has been critical of Gov. Michelle Lujan Grisham in the past, said the matter is “part of a much bigger issue.”

It started late last year when he requested “a large trove of emails pertaining to how the governor and her senior staff have handled various aspects of the COVID-19 pandemic and also with respect to how federal funds are being spent or appropriated or moved between agencies,” Candelaria said.

He said he requested the information not just as a lawmaker but as a member of the public.

“I felt at the time, and still do to this day, that it’s difficult to get a straight answer out of the administration on a lot of these issues,” he said.

About a week after he received a response stating the request was “overly broad and burdensome” and that additional time would be needed to provide the documents, Candelaria said he received a text message from Senate Majority Leader Peter Wirth, D-Santa Fe, and former Senate President Pro Tem Mary Kay Papen requesting a meeting at his law office in Albuquerque.

“I didn’t know what they wanted to meet about,” Candelaria said. “They didn’t tell me in the text, but they said they need to meet with me about something important.”

According to Candelaria, Wirth started the meeting by saying they were there because the governor and the Governor’s Office were “furious” that he had submitted the public records requests.

“Peter stated to me that the message he was there to deliver from the executive was that unless these [public records requests] went away, there would be quote-unquote escalating consequences for me,” he said.

Wirth declined an interview request. In an email, a spokesman for Senate Democrats said Wirth confirmed he and Papen met with Candelaria last fall at his law office in Albuquerque “to discuss internal caucus matters.” Neither Wirth nor the spokesman responded to Candelaria’s allegation that he was warned of “escalating consequences.”

Papen said she preferred Wirth answer questions “because I’m not there anymore.”

“We did have a meeting with Sen. Candelaria,” she said. “I felt that it was pretty well solved, but I guess it wasn’t.”

Papen added she believes anyone has the right to file a public records request.

Candelaria said he was “terrified” and decided to withdraw his requests after his meeting with Wirth and Papen.

But he said there was still fallout, including being told that his requests for records were a “determining factor” in him not being appointed to certain legislative committees.

Documents show Collins filed a complaint with the State Ethics Commission against Candelaria on March 24. She accused him of violating the state’s Governmental Conduct Act by voting on a bill during this year’s 60-day legislative session while representing legal clients who “would be substantially affected by the outcome.”

She noted a lawsuit he had filed on behalf of the client, New Mexico Top Organics-Ultra Health, over reciprocity in the state’s Medical Cannabis Program, in which people from out of state who are authorized patients of other cannabis programs can enroll in New Mexico’s program. The legislation in question, Senate Bill 340, would have amended the state’s medical cannabis law to define a “reciprocal patient.”

The State Ethics Commission told Collins in a letter dated March 30 it didn’t have purview over the matter, which pertained to Senate rules, and recommended it be handled by the Legislative Interim Ethics Committee.

Candelaria said he has no plans to settle with Collins out of court or to settle the suit he plans to bring against the governor.

“I fully intend to take both of these cases to a judge or jury,” he said. “It is not OK for elected officials or any government employee to threaten, harass or retaliate against a person for requesting public documents.”

Your comments keep getting deleted for abuse. Do you really want to say 'dims' again?

Just asking Lee. How's the mirror doing for ya?

Welcome to the club of us who have asked for public records and are denied and delayed. Did the senator get a date by which the records would be available? I wonder how you prove a tort claim for retaliation etc. Do you think Wirth and Papen are going to self-incriminate?

Needed also, an investigation of the Department of Health purchases, esp the contract to Real Time Solutions for Covid management. It seems like an illegal sole source procurement. Collins has a lot to answer for, much of it before she was appointed. Also, a host of illegal Rules Hearings by DOH and the Dept of Education. MLG minions have been busy, breaking our laws.

Our Attorney General and Auditor seem uninterested, as expected with our Democratic criminals.

They are part of the same club.

This lawsuit is well taken.

Many of the NM Cabinet Departments, esp the Corrections Dept, treat IPRA requests with contempt. Because the Governor treats IPRA with contempt.

The Attorney General, who "investigates" IPRA complaints, is not interested.

Same with Open Meetings violations. We live under a scofflaw, extremely corrupt, government. My Senator, Peter Wirth, is no help in looking into IPRA violations, and seems to have no backbone.

These are not pillow fights. This is about the Governor, and her administration, violating the NM Rules Act, as a matter of course, thus denying the right of the public to input on these rules. The 2017 HB58 introduced much needed reforms in the Rules Act, and the Governor is ignoring those reforms. She must be called to task, as she is running amok.