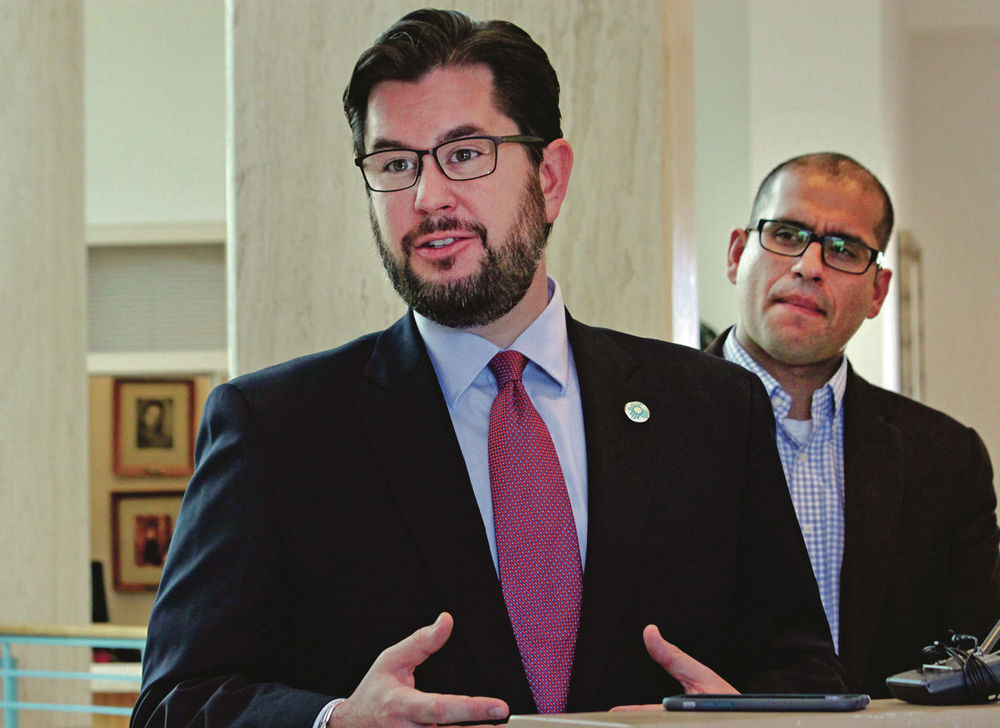 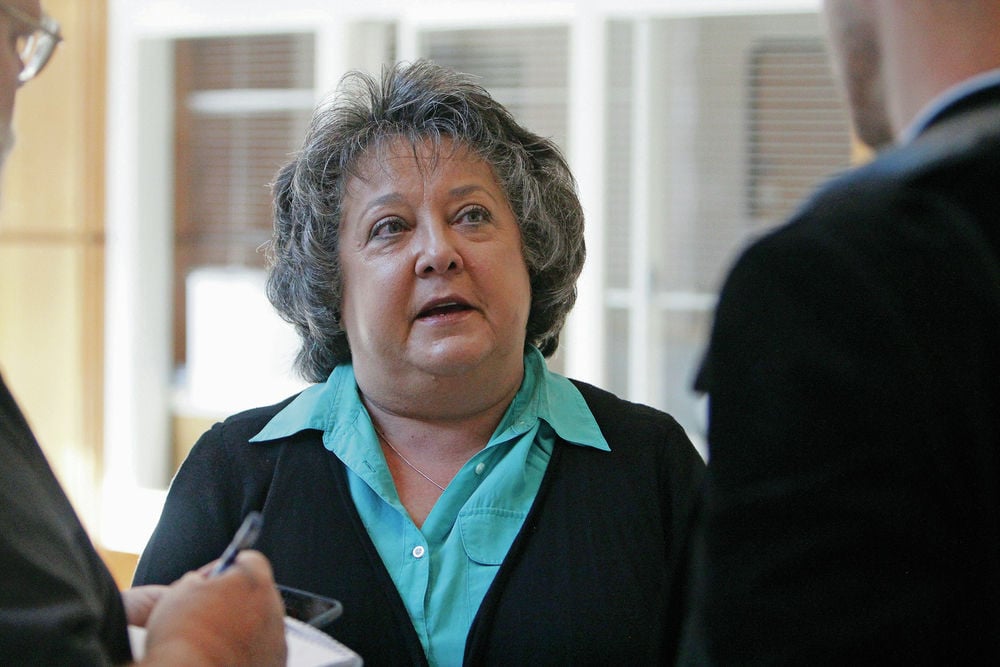 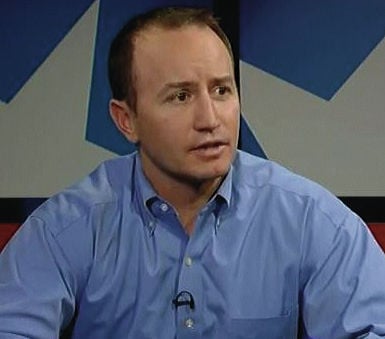 Democrats in the New Mexico House of Representatives are working on a package of bills aimed at overhauling the state’s campaign finance and lobbyist reporting system, toughening the forfeiture law for corrupt officials and giving some of the secretary of state’s election duties to an independent ethics commission.

At a news conference Tuesday in front of the Secretary of State’s Office — from which Republican Dianna Duran resigned last month after pleading guilty to embezzling from her campaign treasury — House Minority Leader Brian Egolf of Santa Fe, surrounded by fellow Democratic lawmakers, outlined proposed ethics and transparency legislation they hope will be heard in the next legislative session, which starts in January.

“Ethics appears to be like other issues in which you need to have a crisis before we get the momentum and the attention of the legislative body,” he said. “Clearly with what we’ve seen happening in the office behind us with Secretary Duran as well as questions swirling around the governor’s campaign finance regime, the time is now for a statewide ethics commission.”

In addition to the Duran case, Egolf was referring to an FBI investigation of Gov. Susana Martinez’s political consultant, Jay McCleskey, over political fundraising. No charges have been filed in that case.

It is possible that some or all of the bills will never see the light of day in the next session, which will be a 30-day, primarily financial session in which any bills that aren’t related to budget and revenues must receive a “message” from the governor in order to be considered.

“Gov. Martinez has always been open to discussing various proposals on these issues,” Martinez spokesman Michael Lonergan said in an email Tuesday. “In terms of what will be on the governor’s call for the session, however, we haven’t made any final determinations. That process is ongoing over the next couple of months.”

And even if Martinez OKs the bills for consideration by the Legislature, the Democrats would need support from some Republicans, who have a majority in the House, to pass them in that chamber.

But immediately after the news conference, Egolf didn’t sound like someone seeking help from his GOP colleagues. After saying that ethics shouldn’t be a partisan issue, Egolf blasted House Republicans by saying that in the politically heated session earlier this year, Republicans weren’t interested in solutions. He said they were only interested in blaming and punishing people.

Egolf said he will sponsor a bill to establish an ethics commission. He recalled that he has carried five such bills since 2010, none of which passed.

This bill, Egolf said, would give the commission the responsibility of investigating alleged campaign violations.

“Up until this point, the argument [has been] that the secretary of state’s enforcement of the campaign reporting act is sufficient,” he said. “That argument clearly no longer holds water.”

Egolf said the Duran case shows that having a secretary of state who is running for office while overseeing enforcement of campaign rules is no longer tenable. Some of the charges against Duran that were dropped in a plea bargain with prosecutors included falsifying her campaign finance reports.

“We need to have, just as we have in our judicial branch, an independent commission to receive complaints and concerns for the public, to investigate them in an expedited way and a transparent way and to make sure the results are made public at the appropriate time,” Egolf said.

He also said he will introduce a bill that would replace the campaign finance and lobbyist reporting system with a computerized system similar to that of the Federal Election Commission. He said such a system would immediately check reports for errors, which could be quickly corrected by campaigns before the reports are finalized. It also would cross-check contribution reports by lobbyists.

Egolf said he plans to ask Sen. Sander Rue, R-Albuquerque, to carry this bill in the Senate. He said Rue, who sponsored the bill that created the state’s online Sunshine Portal, has an excellent record on government transparency issues.

Contacted later Tuesday, Rue said Egolf hasn’t yet talked to him about this. But he said he would be interested in discussing such legislation with Egolf. Rue described the current campaign finance reporting system as “convoluted” and a “Swiss cheese system.”

Rue said, “We need a system that’s open and transparent and easy for the public and lay people to use and understand.”

At the news conference, state Rep. Matthew McQueen, D-Galisteo, said he will introduce a bill that would automatically deny public pensions to any state official convicted of felony corruption charges. This, McQueen said, is a response to the Duran case, in which the terms of her plea bargain with state Attorney General Hector Balderas would allow her to keep her public pension.

McQueen said his proposed bill would take all of a corrupt official’s state pension, not just the pension earned during the years in which the crimes were committed. In Duran’s case, this means she would have lost her pension for her years in the state Senate and her time as Otero County’s clerk — as well as the pension she earned as secretary of state.

Rep. Javier Martinez, D-Albuquerque, said he will introduce a bill that would require all committees in charge of inaugural ceremonies for governors to register with the Secretary of State’s Office and report all expenditures and contributions. Gov. Martinez’s inauguration committees voluntarily reported her contributors but not the expenditures. However, there is no requirement to do so under current law.

The FBI has asked at least one source in its investigation of McCleskey about payments from Martinez’s 2010 campaign and her 2011 inauguration committee.

Contact Steve Terrell at 986-3037 or sterrell@sfnewmexican.com. Read his political blog at tinyurl.com/roundhouse roundup.

I don't really like the Democrat OR Republican machines.
I AM totally in favor of ethics.
PROBLEM # ONE: I do not think anyone here has any legitimate concept of ETHICS. It is always ACTUALLY a POLICING COMMISSION.
I used to teach ethics. Let's have some education about "ethics" before we even approach the "politics of ethics."

A good idea of course, with about a 0% chance of happening.

The "Corruption Bill", SB 197, brought by Bill Payne in 2012, is incredibly weak, but took five years to pass. Other, stronger, bills, never made it out of the Legislature.

Those bringing the corruption bills were Republicans, and the Democratic controlled Legislature was blocking their passage. The stench finally became so great that the parties agreed to pass a bill, SB 197, to show they had "done" something. It was about as close to doing nothing as they could manage.

Even so, the bill does have some provisions that seem applicable to the Duran case, and AG Balderas won't even attempt enforcement of those provisions. Only enforcement action will yield clarity on this matter, and by his refusal to enforce, the bill will rot without effect.

Last point. I can't find any provision for stripping Duran of her pension in SB 197. Their was such a provision in a 2011 version of the bill, but the provision got stripped out in committee. Is their some other legislation which allowed for pension loss?

SB 197 shows the difficulty of passing ethics legislation. It took 5 years to pass this very weak bill, during a time when ethics reform was a big deal. Passing the weak bill, took the issue "off the table", as they had "done something". Worse than no bill.

HAHAHA! So Ego-lf thinks we are stupid enough not to see what he and his cronies are really proposing? They want an "ethics commission" alright, one stacked by their biased, partisan appointees who will give the left wing a pass on anything and take down any conservatives. Typical partisan politics in the legislature, move along, nothing new here.

I'm not going to hold my breath waiting for this to happen.

[thumbup]
The left wing Ds credibility on "fighting corruption" is less than zero given their corrupt track record.

At this rate both sides are corrupt and we just get to smile and take it.

Here's hoping the idea of creating an independent Ethics Commission will finally grow legs and become reality in 2016, although something tells me Susan Martinez will find an excuse to defer its authority until she's out of office and make it an "advisory-only" body.

The unsurprising irony of this story is the participation of state rep Jim Trujillo in this press conference (he was there, but unseen in the photo). Didn't Trujillo publicly say Diana Duran should be allowed to keep her pension? Now he shows up in support of legislation to strip pensions from corrupt officials. Come again?

If Jim Trujillo is part of the solution, expect gaping loopholes in the final product. (Don't say we didn't tell you--Ernie Mills)