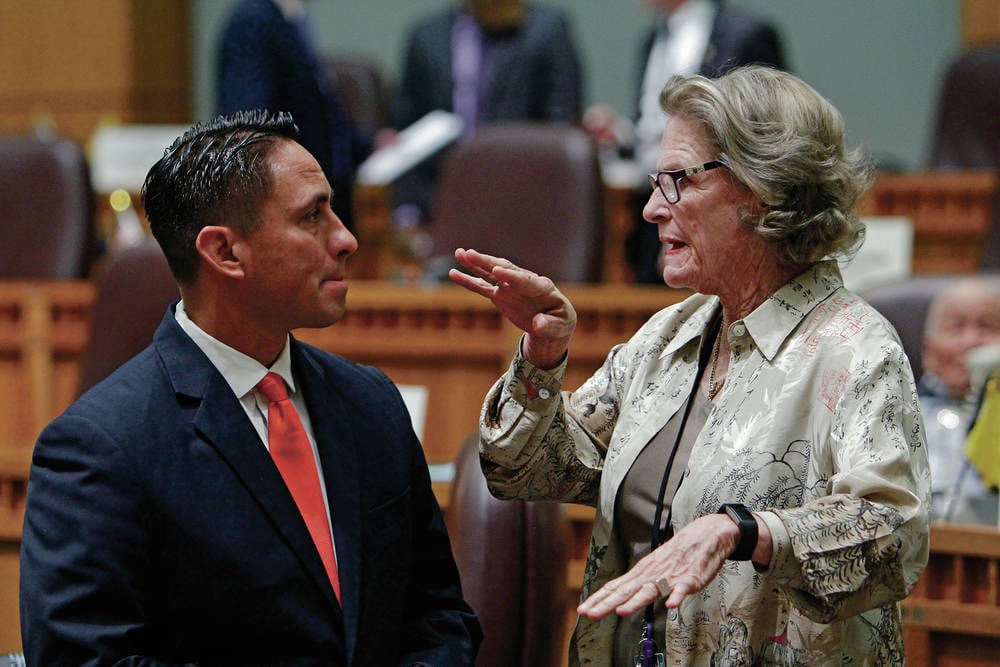 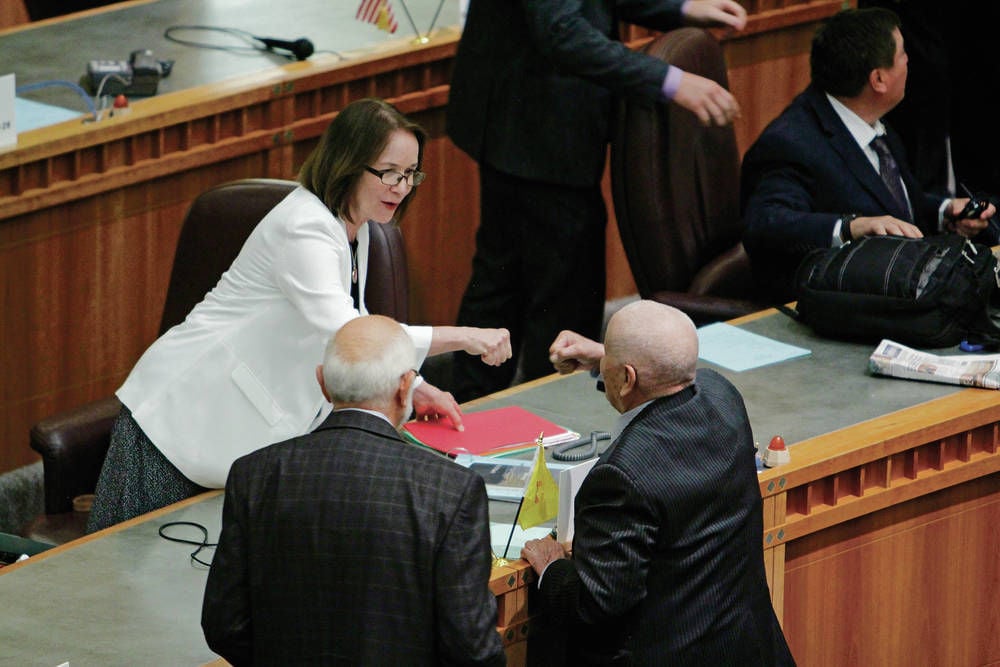 The New Mexico Legislature adjourned its special session Tuesday, leaving state government with a balanced budget but — thanks to vetoes by Gov. Susana Martinez — wafer-thin reserves. That caused one Senate leader to predict a 50-50 chance that New Mexico’s credit rating will be downgraded again, which would drive up borrowing costs.

Without the new taxes and other revenue measures passed by the Legislature, Senate Finance Committee Chairman John Arthur Smith said, the state will have only about four-tenths of 1 percent of cash in reserve. That’s a steep decline from more than 11 percent in 2015.

Democrats argued Tuesday that while the short session that convened last week restored funding for higher education, which Martinez had stripped from the budget they passed in March, New Mexico is still vulnerable to further financial upheaval.

Smith, D-Deming, criticized part of the budget package endorsed by Martinez that will use bond money to prop up the general fund. “That is not responsible financing,” he said.

Referring to the governor, Smith said, “We gave her what she requested, which I know deep in my heart is not responsible, and, God, I hope she knows it was not responsible. But she’ll be back next year with the same request.”

The session began May 24 and lawmakers recessed the following day after passing four pieces of legislation — two fixing the budget and two raising taxes as well as closing tax loopholes in a bid to shore up state finances. By recessing rather than adjourning Thursday, lawmakers gave the governor three days to act on the bills rather than 20 days.

Martinez acted Friday, keeping her vow to veto the tax measures, such as a proposed 5-cent increase in the tax on gasoline, arguing the proposals would have placed too great a burden on New Mexicans.

“The ability of the Legislature to in one breath decry the financial inequities in our state and in the next seek to take more from the pockets of New Mexicans is remarkable,” Martinez wrote in a message to lawmakers.

While Democrats argued the money was needed to rebuild reserves after a dip in revenue last year from, among other things, a decline oil and gas prices, they did not challenge the vetoes when they returned to the Capitol on Tuesday. Instead, Democrats in the Senate launched into a jeremiad before adjourning, accusing the governor of financial recklessness.

The special session was made necessary in April when Martinez vetoed all funds for colleges and universities and the entire budget for the Legislative branch.

“I think there’s a huge sigh of relief in the ability to move forward now that the budget for higher ed has been signed,” Small said. “But it’s unfortunate that the effect [of the vetoes] will be felt for a long while. … As the uncertain revenue picture unfolds, there’s relief right now, but who knows where we’ll be as we go through the rest of the year.”

The higher education vetoes were blasted by university presidents who said the move caused uncertainty for both students and faculty. And Democratic lawmakers unsuccessfully asked the state Supreme Court to overturn the vetoes.

That uncertainty followed a year of financial tumult in which the state saw a decline in tax revenue. That led lawmakers to tap reserves and cut funding for higher education and other programs, and a major credit rating agency downgraded New Mexico’s bond rating.

A recent uptick in revenue has left lawmakers hopeful the state can make it through the next fiscal year but, as Smith said, they will have to keep their fingers crossed.

“Right now, I think everybody was just tired,” said Rep. Jimmie Hall, R-Albuquerque. “We did get a constitutionally balanced budget. … I really think what we need to look for in the future is things that are not so ideological from the Republicans or Democrats as to how to approach our employment situation, because I don’t think oil is going to ever come back to the $100 [per barrel] level.”

Still unclear is exactly how much the special session will cost taxpayers.

Though the session technically lasted through the weekend, all legislators pledged to decline their $146 per diem payment for the four days they were in recess.

They can claim pay for about three days as well as mileage for traveling between Santa Fe and their districts.

Aides say the session will be paid for with the Legislature’s cash reserves, not with money from the state’s general fund.

Contact Steve Terrell at 505-986-3037 or sterrell@sfnewmexica­n.com. Read his political blog at www.santafenewmexican.com/news/blo­gs/politics.