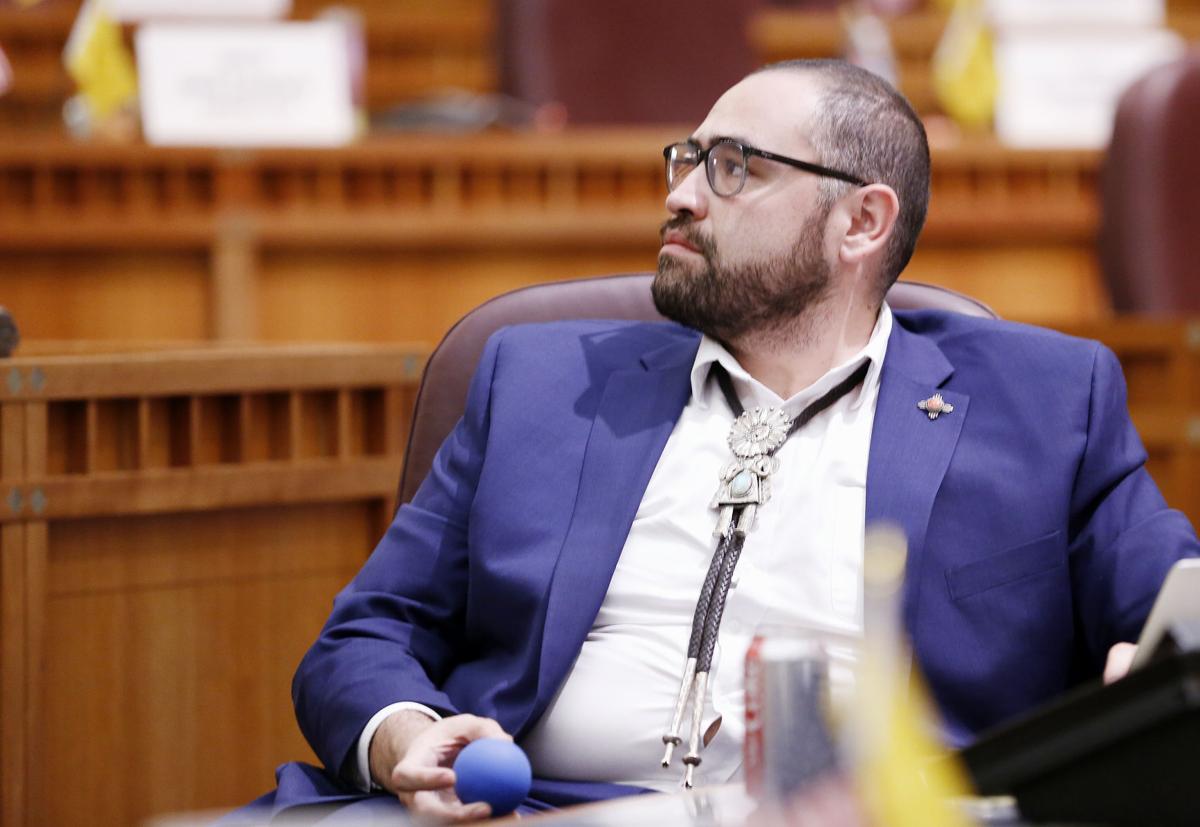 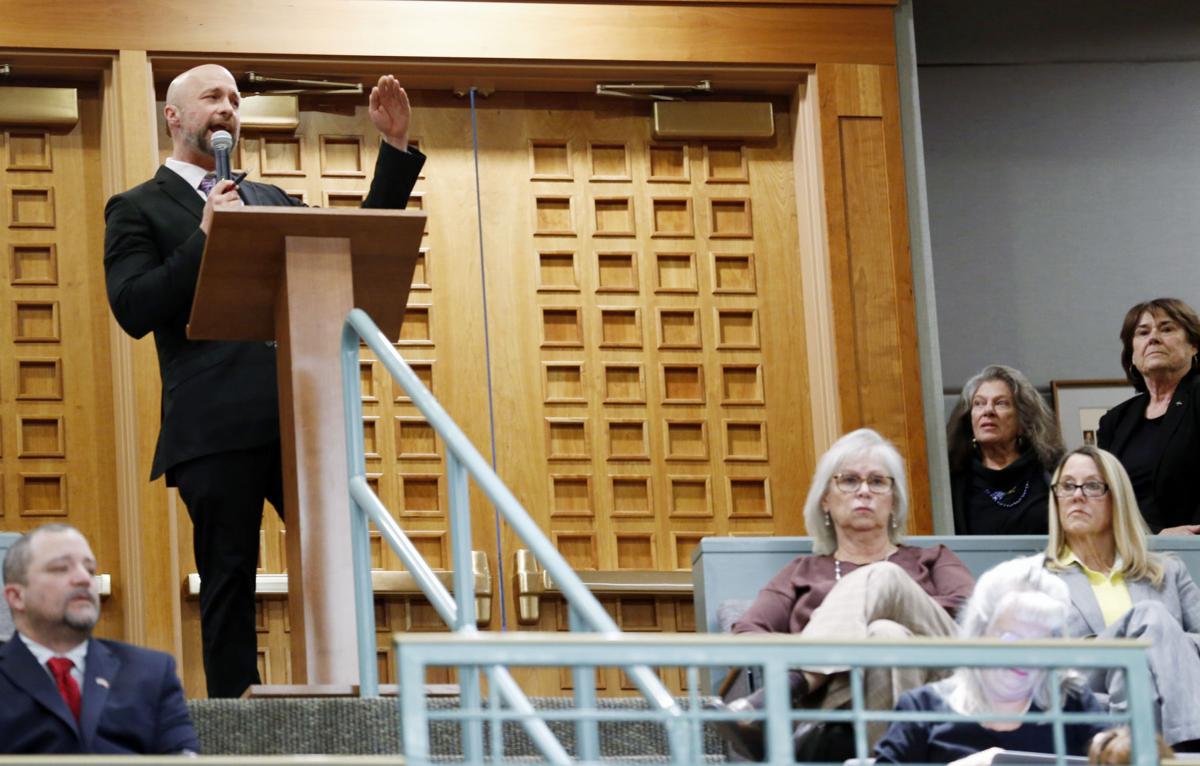 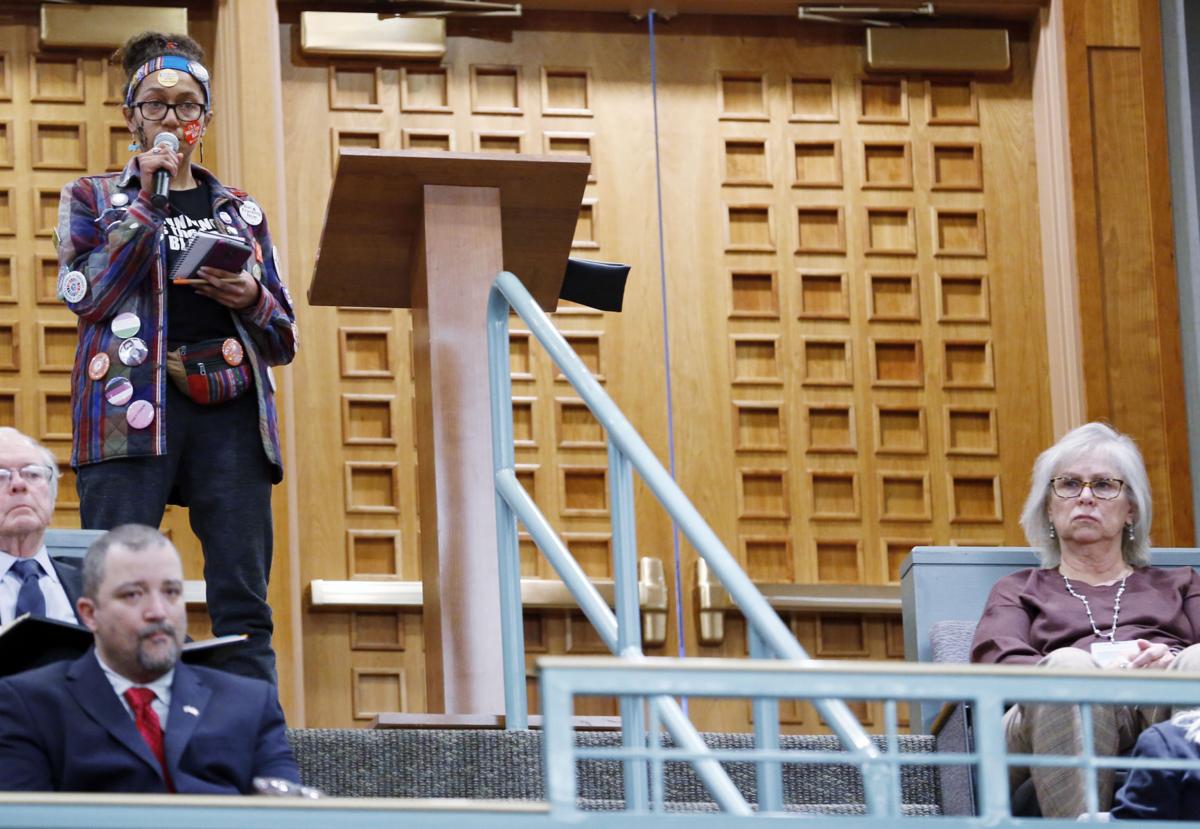 Twenty-year-old Felina Romero of Albuquerque speaks in opposition to cannabis legalization at a committee hearing Tuesday in the Senate chamber.

Twenty-year-old Felina Romero of Albuquerque speaks in opposition to cannabis legalization at a committee hearing Tuesday in the Senate chamber.

The Senate Public Affairs Committee voted 4-3 along party lines to advance a bill to legalize the use of recreational cannabis for residents 21 years and older.

Referring to the tens of thousands of New Mexicans who use medical marijuana, which has been legal in the state since 2007, Candelaria said, “Cannabis has been legal for so many people for a long time.”

The three Republicans on the committee voted against the measure, voicing concerns about the potential marketing of cannabis to teens and increased substance abuse rates, among other issues.

“We have to be very careful where we go here,” said Sen. Stuart Ingle, R-Portales, who said most of his constituents are not “terribly for this.” But he said the bill has the potential to help the state’s economy, especially if more farmers turn to growing cannabis.

Among other measures, the bill calls for imposing a 9 percent tax on cannabis sales and the creation of a regulatory advisory committee to help develop rules for implementing the program.

That implementation plan includes coming up with a way for police to conduct an oral fluid test on motorists to gauge whether they are driving under the influence of cannabis. The bill also requires law enforcement agencies to compile an annual report on the number of arrests, citations and other violations connected to those using the drug.

Other stipulations in the bill include running cannabis education programs for middle and high school students and funding additional substance abuse treatment programs throughout the state.

Advocates for the proposal say it would provide an additional revenue stream, create some 11,000 jobs and eradicate the black market for cannabis, among other benefits. Opponents counter that it could lead to more addiction in a state already plagued with drug and alcohol abuse and increased crime rates.

But Candelaria told the committee the state has had a chance to test such problems through its legal Medical Cannabis Program. According to the state’s Department of Health, about 80,000 New Mexicans have a license to use medical marijuana.

“That provides us the best case study of what recreational legalization would look like,” Candelaria told the committee. “I have not seen this sort of bedlam or dramatic increase in violent crimes or DWI cases [because of medical marijuana use]. The evidence is just not there.”

According to Business Insider, 11 states have legalized the use of recreational cannabis.

Gov. Michelle Lujan Grisham has said the legislation would boost the state’s tax coffers and create jobs. Several of her Cabinet secretaries and other department leaders testified in favor of the bill during the more than two-hour debate on the proposal.

SB 115 next goes to the Senate Judiciary Committee. If approved there, the next step would be the Senate Finance Committee.

People who are opposed to legalizing recreational use of Marihuana don't seem to have much knowledge of either this substance nor of the effect of alcohol use. The University of New Mexico (as well as other research institutions) has a for a long time, seen the detrimental impact of alcohol use, which makes Marihuana look innocent in comparison. I cannot understand why some people are so afraid of Marihuana, and comparing this stimulant to various hardcore drugs. If the people who are so opposed to Marihuana are so worried about the effect it may have on the population, then why do they then not worry about alcohol use as well?

I do wonder how many of these legislators voting "Yes" on such a stupid bill were high on smoking dope.

In my many years of nursing I have never taken care of anyone dying of marijuana use, alcohol was another story, So many people die of alcohol related diseases, maybe this would ease the alcohol addiction epidemic. Also would create jobs for folks providing direct care services to the elders and disabled who are currently denied jobs for testing positive for marijuana use, we are in desperate need of caregivers in this state. Time for the prohibition of cannibas to end!