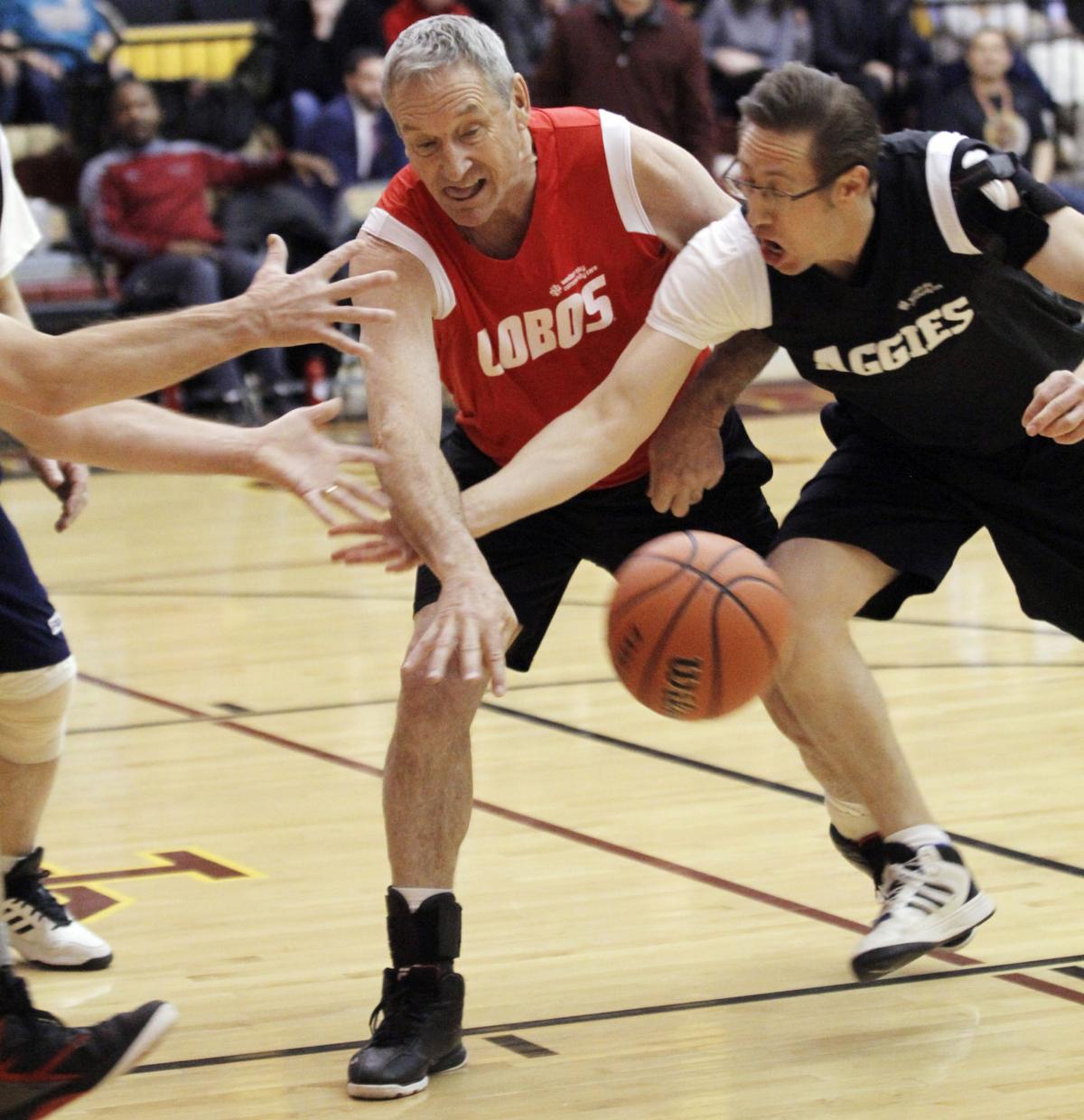 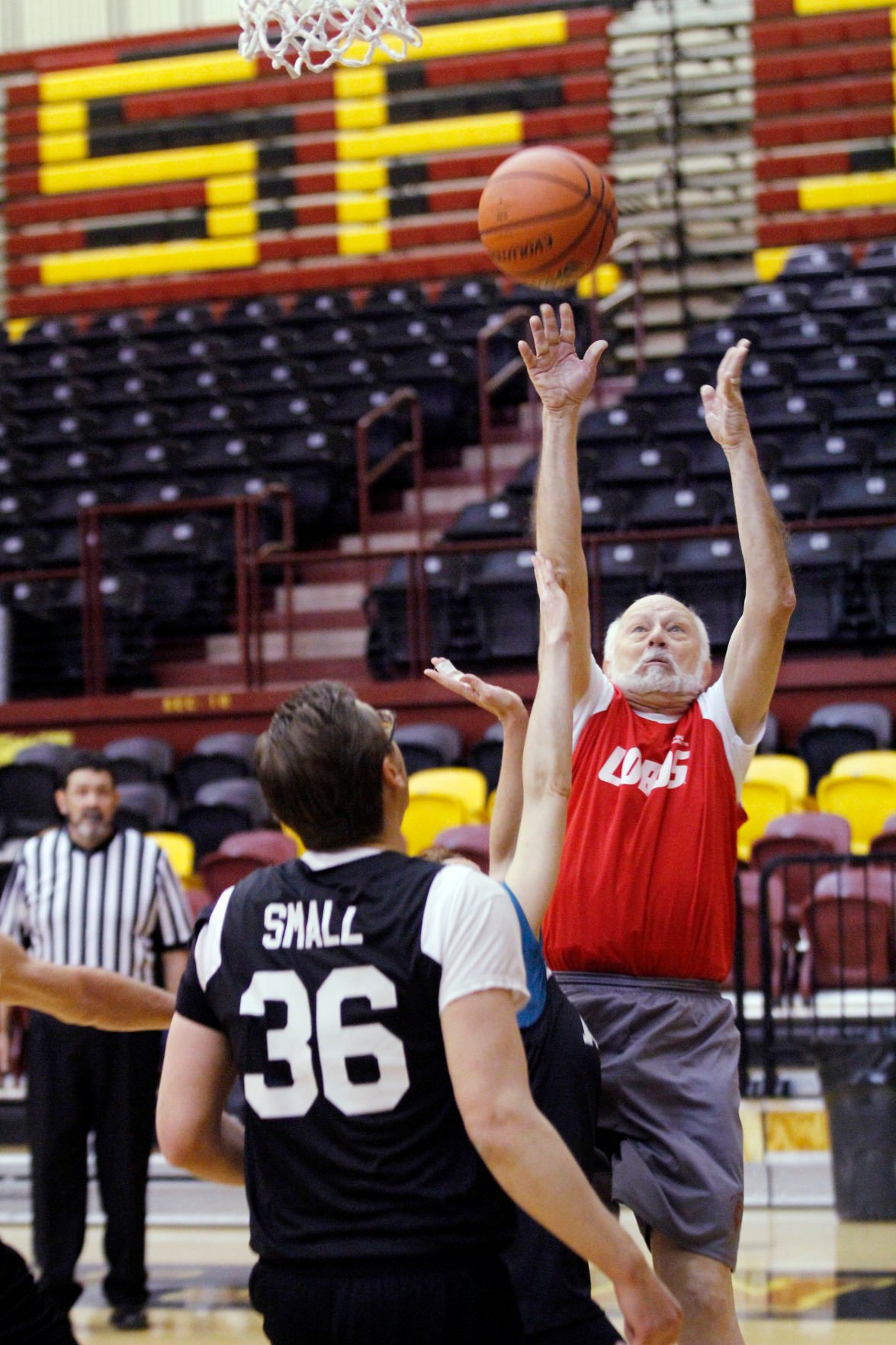 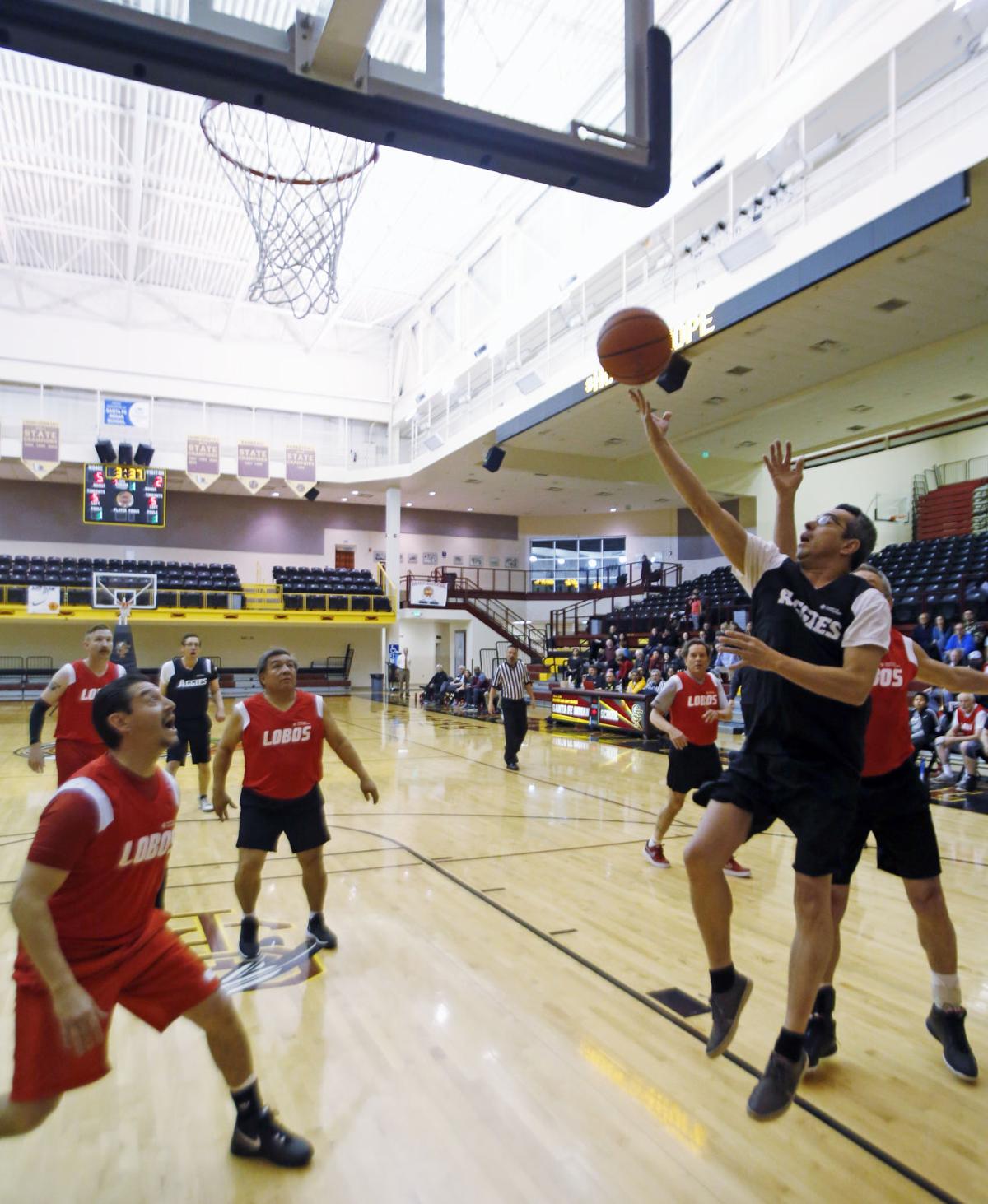 Rep. Antonio Maestas, D-Albuquerque, goes up for a layup during the first quarter of the Legislature's basketball game Tuesday at Santa Fe Indian School. 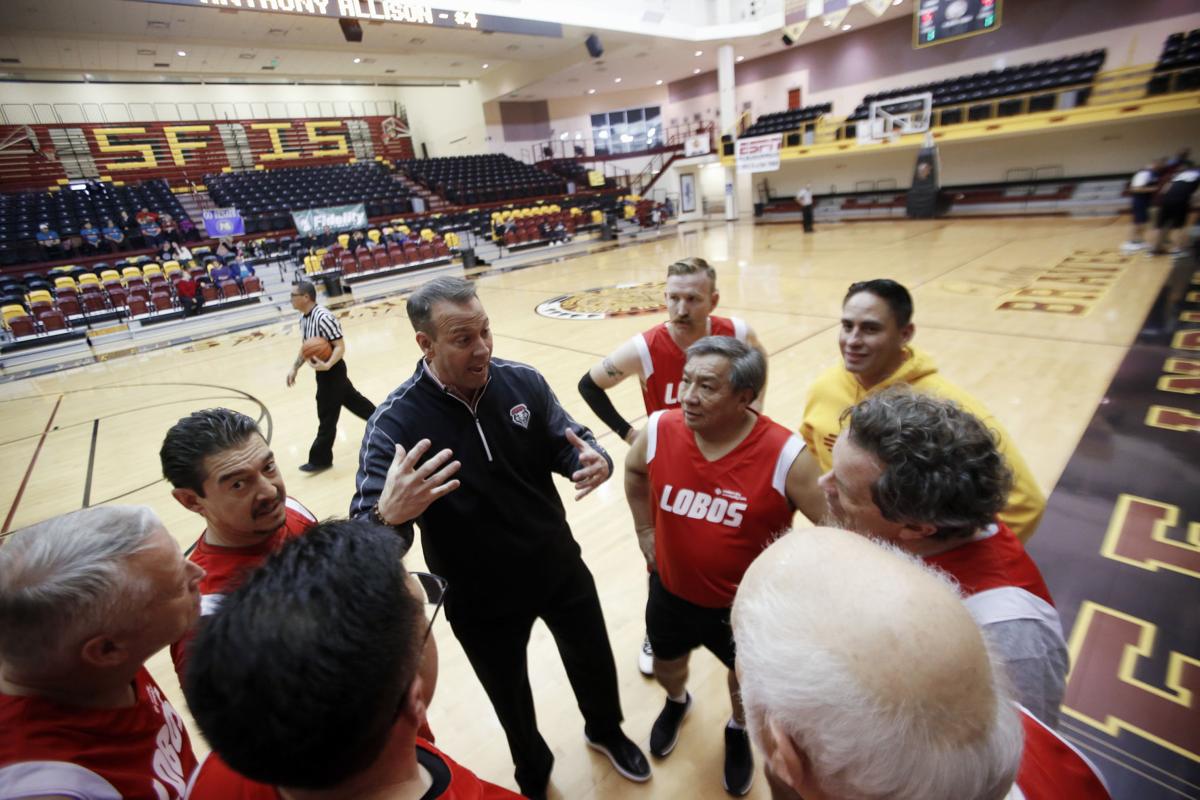 Eddie Nuñez, athletic director at UNM, coaches the Senate during the second quarter of the legislative basketball game Tuesday.

Rep. Antonio Maestas, D-Albuquerque, goes up for a layup during the first quarter of the Legislature's basketball game Tuesday at Santa Fe Indian School.

Eddie Nuñez, athletic director at UNM, coaches the Senate during the second quarter of the legislative basketball game Tuesday.

Senate flunks food fees: The state Senate rejected a bill Tuesday to increase fees paid by restaurants for food safety inspections by up to $700.

Senate Bill 209, sponsored by Sen. Clemente Sanchez, D-Grants, would have raised close to $1 million more annually for the state, according to Sanchez, who argued the legislation was necessary to deal with a shortage of food safety inspectors. Republicans and a handful of Democrats defeated the proposal, which failed 13-24.

Substitute retirement fees: The Senate approved legislation to undo a requirement that some part-time substitute teachers and other part-time public school staff pay into a teacher retirement fund that supporters of the legislation say they’re unlikely to ever receive payments from.

Senate Bill 111, which passed 32-7 Tuesday, removes a requirement that school staff working a quarter of full-time status or less have to pay into the public school teacher retirement fund.

Sen. Mimi Stewart, D-Albuquerque, who sponsored the bill, argued the legislation is meant to stop such payments and hopefully encourage more short-term substitute teachers to enter the field in a state where there is both a teacher and substitute teacher shortage.

Opponents, such as Sen. Jacob Candelaria, D-Albuquerque, countered that the bill would further hurt a teacher retirement fund that already has financial problems.

“The school districts, I believe, have the budget flexibility and quite honestly the cash to address this problem,” Candelaria said. “I hope we consider what is the real ultimate cost to the state in the long run.”

Teacher mentoring: The House of Representatives voted 64-0 to approve House Bill 62, designed to initiate teacher mentoring programs in all of the state’s 89 school districts.

The bill — sponsored by Rep. Sheryl Williams Stapleton, D-Albuquerque, and four other House Democrats — would appropriate $2,000 per beginning teacher to districts that implement such programs in an effort to retain new teachers and give them the confidence and skills they need to succeed.

The bill goes next to the Senate for consideration.

Looking ahead: On Wednesday, the Senate Judiciary Committee will hear testimony on a proposal to legalize marijuana for recreational use. Bill sponsor Sen. Jerry Ortiz y Pino, D-Albuquerque, said he thinks it has about a 50-50 chance of making it out of the committee alive.

And he said Senate Bill 115 has about a 1-in-3 chance of passing overall — something he previously told The New Mexican. But despite some naysayers, Ortiz y Pino said he does not believe it’s dead in the water.

“But it’s not an exercise in futility because we’re educating both the Legislature and the public about this new version from last year,” he said.

Quote of the day: “No, I get enough of these guys when I’m here [at the Roundhouse].” — Tripp Stelnicki, spokesman for Gov. Michelle Lujan Grisham, on whether he planned to attend the annual basketball game between House and Senate members. The House won the game 25-18, according to House and Senate sources.