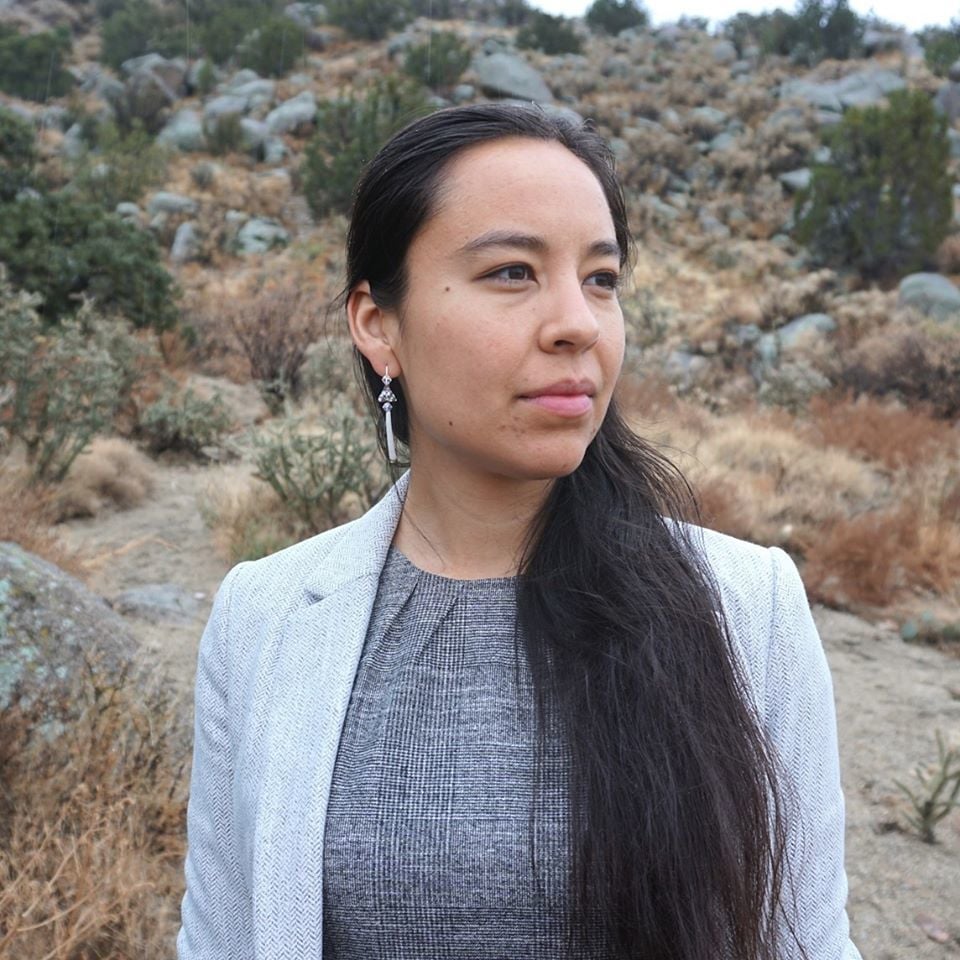 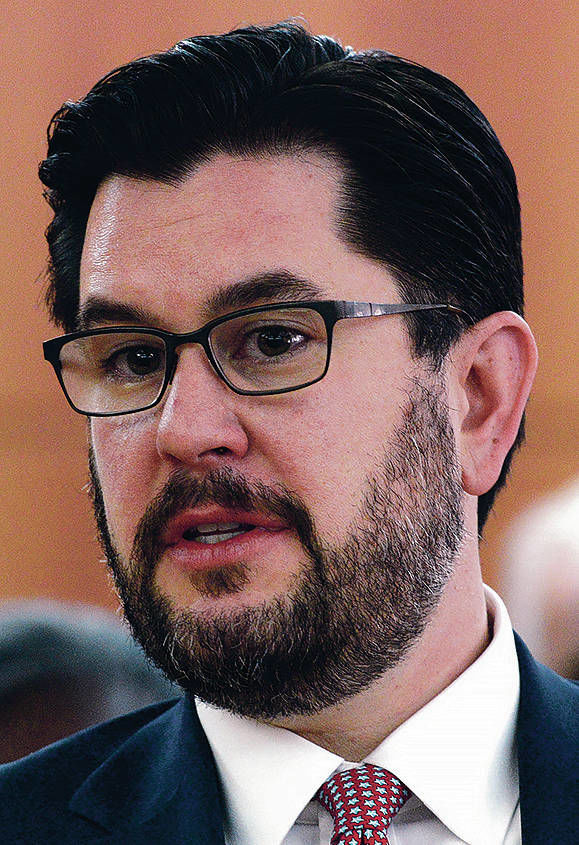 Lyla June Johnston, a Stanford-educated climate activist whose social media presence swelled during the Dakota Access Pipeline protests, plans to take on incumbent Egolf, one of the most powerful Democrats in New Mexico politics.

A Facebook page for Johnston — a community organizer, poet and musician — announced Monday she will run for office to “work with New Mexicans to face the climate crisis ... protect the scarce and sacred water,” support education initiatives and “fight for marginalized communities.”

Her campaign confirmed with The New Mexican on Tuesday that she plans to run for House District 47 — Egolf’s seat. She said during a telephone interview that she intends to focus her campaign on environmental issues and criticized Egolf and other Democratic leadership for not doing enough to decrease greenhouse gas emissions in the oil-rich Permian Basin.

Oil and gas extraction in the section of the basin stretching into New Mexico accounts for roughly 45 percent of the state’s income. Johnston, 30, said she would like to institute a plan to eventually wean the state from hydraulic fracturing.

“Of course they’re telling us that we need oil revenue to fund our children’s education, but fossil fuel extraction destroys the future of those very same children,” Johnston said. “We’re educating them for a future they’re not gonna see. And that’s how I know a lot of our leadership is insincere” about fighting climate change.

“It’s not worth having state revenue in a state with no future.”

Johnston, who grew up in Taos, describes herself as an environmental scientist. She also is a poet and musician. She co-authored a book called Lifting Hearts Off the Ground: Declaring Indigenous Rights in Poetry with fellow poet Joy De Vito in 2017, and she said she has traveled the world delivering spoken-word performances — all related to ecology — at more universities than she can remember.

She earned a degree in environmental anthropology from Stanford and is now pursuing her Ph.D. in sustainable food systems online from the University of Alaska Fairbanks. She works as a community organizer in Santa Fe.

“In Taos, New Mexico, it’s pretty rough. I became a drug addict and an alcoholic at age 11. And so I know what it’s like to fight and struggle through addiction. With the help of friends and family and prayer, I was liberated from my addiction and went on to graduate from Stanford University,” she said.

“This Thursday, I will be seven years completely sober without a single drop of alcohol or a single drug of any sort. Just like I have liberated myself from addiction, I know that New Mexico can liberate itself from its addiction to oil and the dealers who are telling us we need it,” she continued. “Even our most capable politicians are drunk off the money they inject into our political system.”

In less than 24 hours, Johnston has raised more than $5,000, according to ActBlue, the web portal for Democratic candidate donations.

She plans to publicly announce her candidacy at 1 p.m. Thursday at the Roundhouse Rotunda in Santa Fe. More than 51,000 people have followed her Facebook page.

Egolf said he and his staff are learning more about Johnston’s campaign and said during a phone call that he is “truly and deeply proud about what my constituents and I have been able to accomplish since I’ve been in the House.

“We are literally leading the nation and the world toward carbon-free electricity,” Egolf said.

He touted legislation he has supported meant to ensure clean water in New Mexico, expanding early childhood education, enacting measures meant to bring pay equity for women and supporting abortion access “no matter what the Supreme Court does.”

Egolf also mentioned his support for Gov. Michelle Lujan Grisham’s efforts to come up with a rule that cuts methane emissions in New Mexico and said his efforts to slash greenhouse gas emissions extend beyond his support for the Energy Transition Act — a proposal he voted for and the governor signed into law this year that requires zero-carbon electricity by 2045.

It also would allow Public Service Company of New Mexico to recover the costs of investments sunken into the coal-fired San Juan Generating Station near Farmington once the power plant shuts down.

Egolf said he recently met with the governor “and told her we need to be committed to a 10-year plan to wean ourselves off our dependence on oil and find new solutions” to feed state coffers. The House speaker said the ETA is “not the end of what we do in New Mexico to address climate change.”

If there is one thing the hard working people of New Mexico don't need it is a loon in congress. We need reliable and affordable energy.

WE are in the 'American' zone known as "El Norte" - there are 11 'zones' in the USA - proving that we are not united. That's OK - we are diverse; those in Yankeedom, or New France, or the South can all do what they choose. I believe El Norte will be best served by the indigineous members who respect the land here as a child respects her mother. The land belongs to those who work it. Point is: ancient cultures are more inclined to matriarchy; women are more inclined to value life and nature. We are El Norte and none of you sycophant transplants can do anything about that. I'll take my Tesla truck now and go get some wood...fishing later...kicking greedy maga oil folks out after a nap.

I live in Taos, & I have heard the thoughts & words of Lyla June Johnston since her own Radio program as a teen, her Global Youth Gatherings in New Mexico. Lyla is a very Intelligent lady, whose mission has always been to help every person, plant, animal, water & culture she has come in contact with. Lyla has traveled Nationally & Internationally, giving lectures at many Universities across our country, with a broad Diversity of Global Environmental topics, INDIGINOUS issues, Teen Suicide, & in between had time to get a Degree at Stanford University.

She will always have my support & vote. Because she has always continued to help people makes changes wether Localy, Nationally , or Internationally. She is well respected Globally 🌎

For anyone who wants a snippet.

That's pretty scary stuff right there. But she admits: "I became a drug addict and an alcoholic at age 11." Those things can do real long term damage to a young and developing brain....as we can see.

Egolf who speaks out of both sides of his mouth, passed his amendment just this past session to allow his Speakers PAC to accept 5 times more than anyone else in political donations. 50 thousand from single donors. Promise you he has already solicited and accepted these sums from the oil and gas industry, just the media is afraid to print it. Over the last few years, some of his biggest donors are oil & gas, payday loan, & PNM. He has to go, as Pelosi says, “he is an Imposter.”

Her eco-socialist ideas are ignorant and irrational, but Egolf, as ring leader of the Santa Fe Ring, has become so corrupt and powerful in running our lives and this state for his personal benefit, he needs to be taken down. This young lady may just be the one to do it! I'm in.

Elimination of oil production in New Mexico will simply cause a ramping up of production in Texas, Oaklahoma, North Dakota, etc. The Middle East, Russia, and other oil producing countries will also increase production. The demand will be met. Simple economics.

All she will succeed in doing is bankrupting New Mexico.

True, she is young, ignorant, and a socialist, her ideas will never fly, far too radical to be taken seriously. But, consider the alternative......#ResistEgolf.

Peter, you should stick to cop issues. Your arguments make no sense.

Oohh. Let's keep the mashed potatoes in the dish rather than flying across the room.

A bachelor in environmental anthropology does not make one an expert in climate dynamics. Maybe in human impact of climate change. But short answer to Mr. George is probably not. Long answer is look at the transcripts and any publications before drawing any conclusions. I don't call myself a climate scientist sensu stricto and I have a Ph.D. from SUNY with a dissertation on a geochemical topic, although it was the early evolution of the continental crust, not climate change. But in today's social media world, I could call myself Shiva, Destroyer of Worlds, and who would know?

Is having an undergraduate degree in anthropology the same thing as being an "environmental scientist"? Not at all. I think I'll stick with Egolf.

Is having a law license and suing the state of New Mexico in a clear conflict of interest the same as being a "lawyer"? Egolf deserves to be challenged. May the force be with this young woman.

Heather, my problem is that in the People's Republic of Santa Fe, Mr. Egolf only has to worry about his left flank. There is no balance down here.

Since this is the first I heard of Ms. Johnson's candidacy, I really have no feelings one way or the other yet as far as who I would support. I wish we had a viable two party system in New Mexico.

I share your dream for diversity and balance in NM politics Khal, but alas it is just a dream, and one that fades every day. The socialism cancer continues to grow on NM.

I would love a center-left possibility, but I simply consider the greatest harm that either of them can do. For that reason, and that reason alone, I am with her.

Well, a contested election is good. We know that the GOP would not put anyone credible up, so as with your district, Heather, its up to the Dems to stir the pot. I'm glad she is running. If there was room for a grouchy old centrist Dem with a specialty in sarcasm, I would seriously consider a run too.

I wish you would run, Khal.

Anyone who comes up with the "Rocket Docket" deserves to be replaced. Anyone who thinks he "deserves" an $18 million loan guarantee from the state, needs to be prosecuted. Egolf has done both of these things. The place for folks like him is NOT the Legislature, its prison.