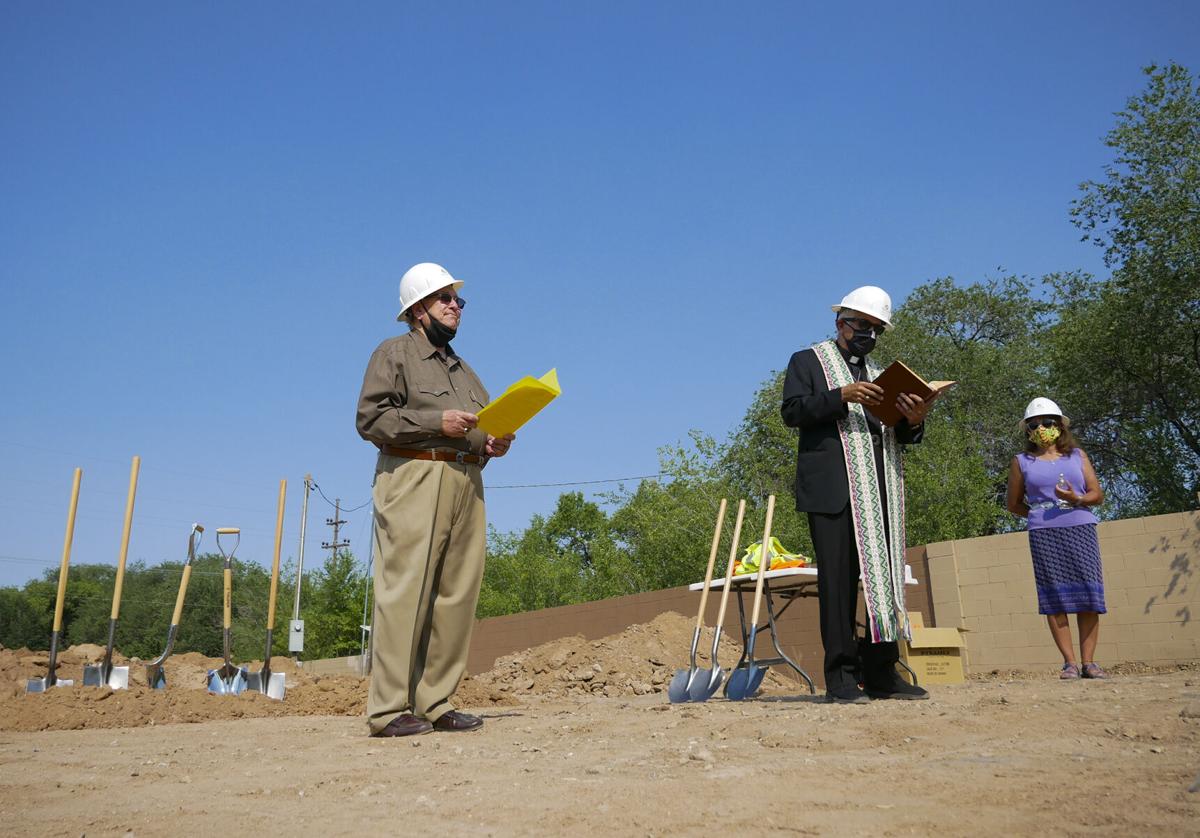 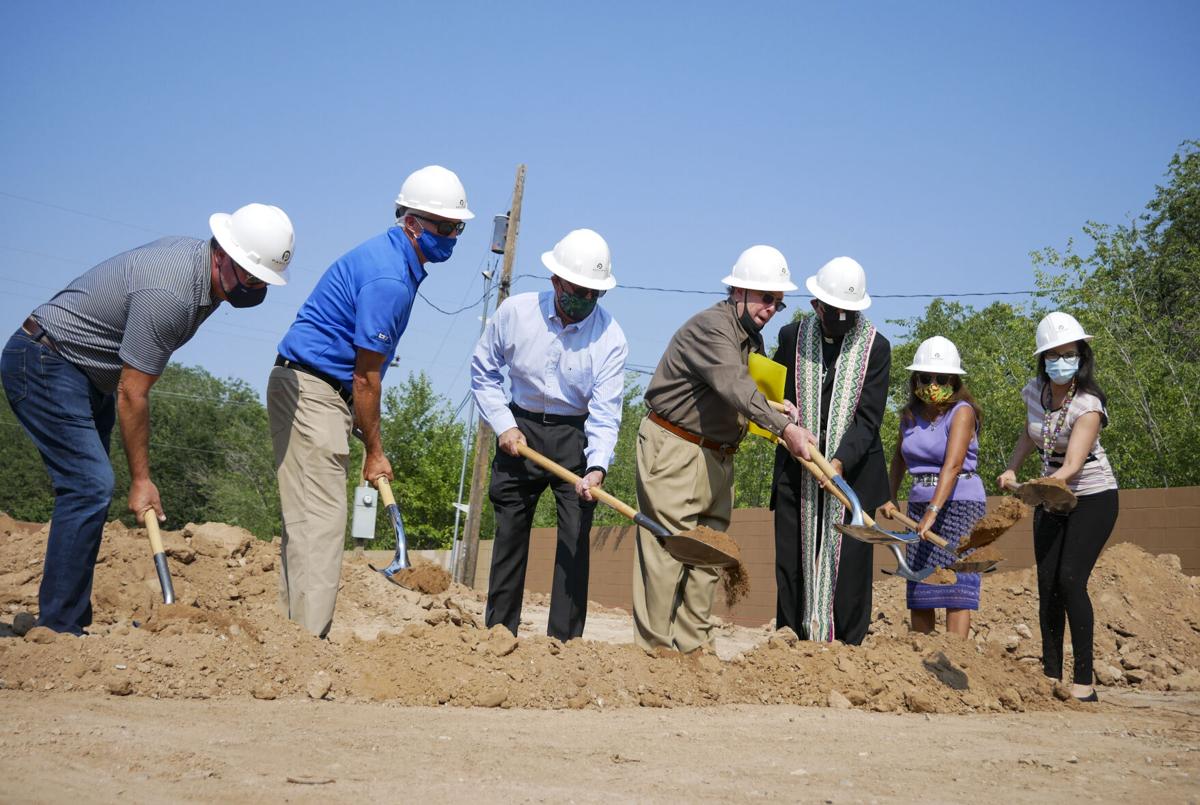 Villa Therese Catholic Clinic Board members and officials from Presbyterian Medical Services break ground Tuesday at the site of a new clinic on Hopewell Street. The clinic is expected to be completed in February. 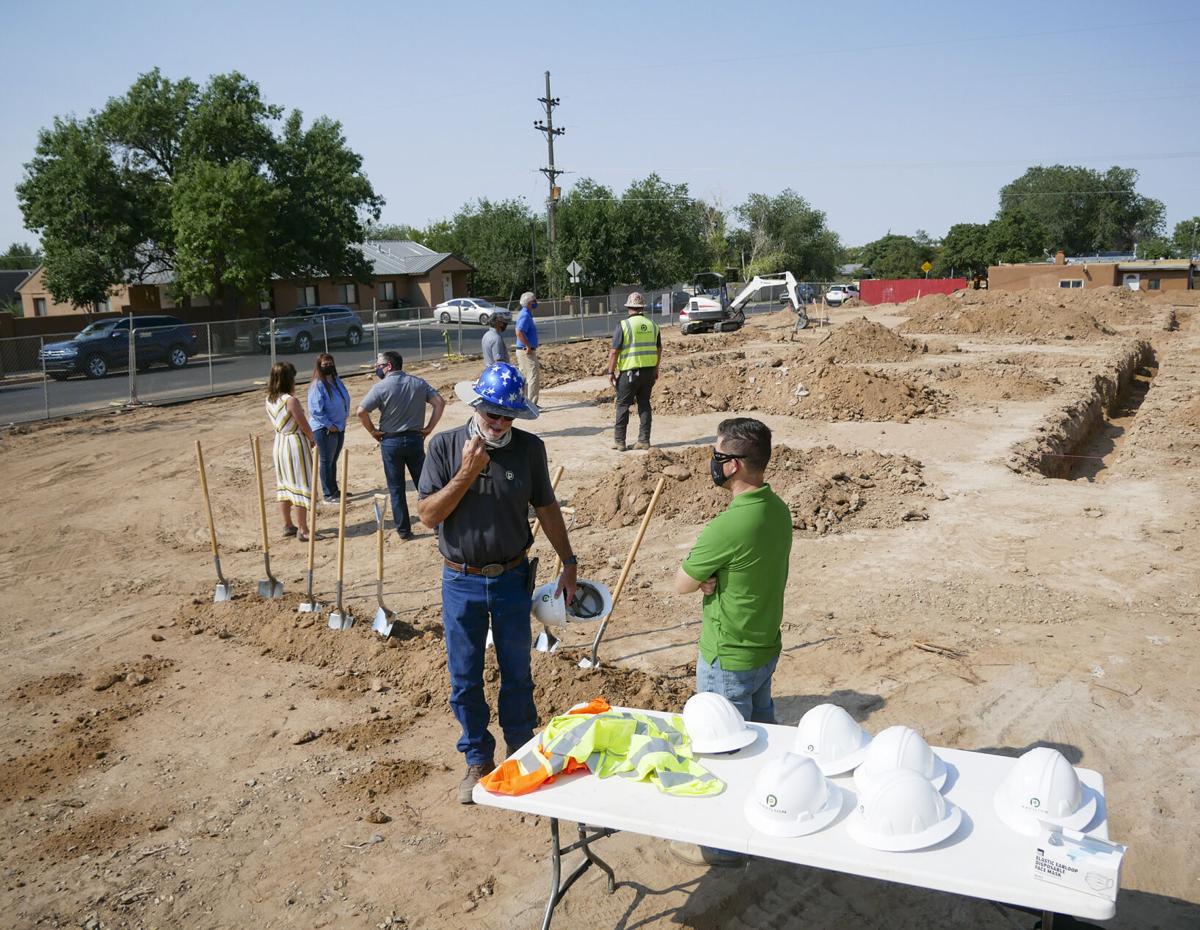 The new site for the Villa Therese Catholic Clinic on Hopewell Street. Construction is expected to be completed by February. 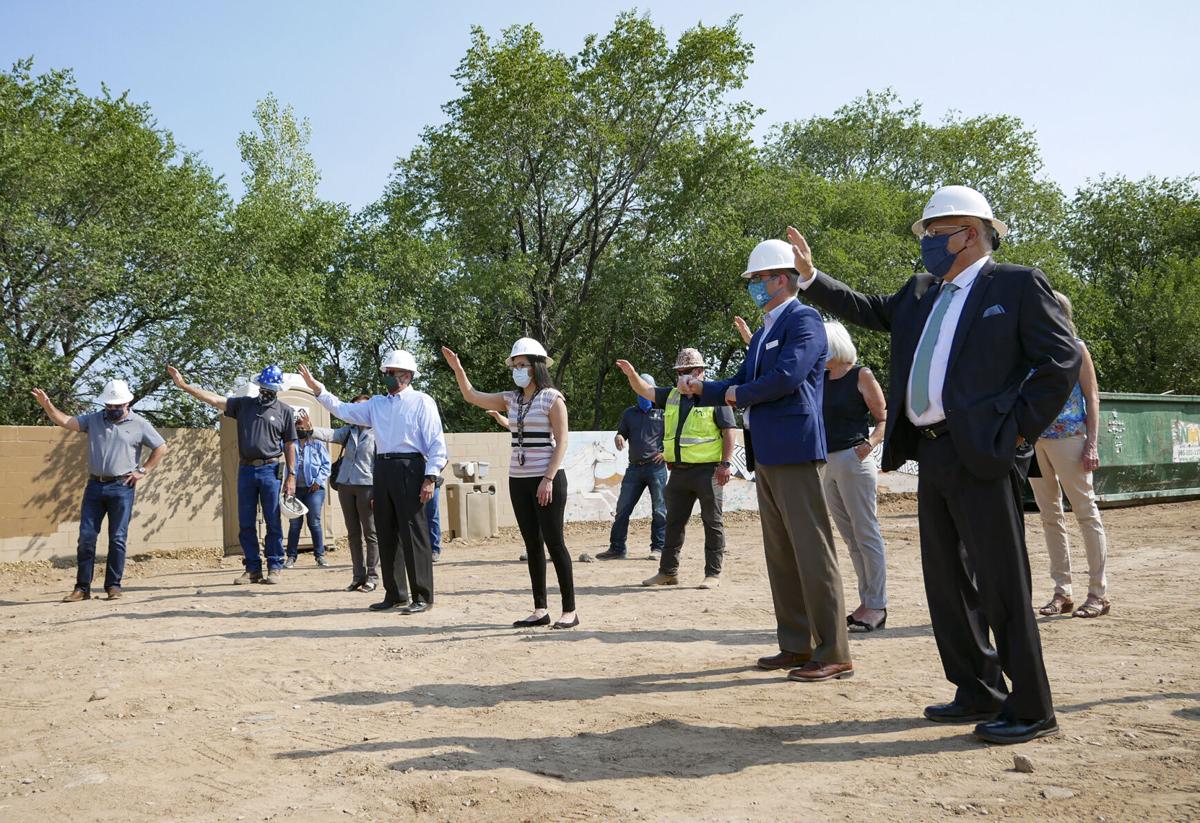 Attendees at Tuesday’s groundbreaking ceremony for a new Villa Therese Catholic Clinic raise their hands during a blessing over the construction site on Hopewell Street.

Villa Therese Catholic Clinic Board members and officials from Presbyterian Medical Services break ground Tuesday at the site of a new clinic on Hopewell Street. The clinic is expected to be completed in February.

The new site for the Villa Therese Catholic Clinic on Hopewell Street. Construction is expected to be completed by February.

Attendees at Tuesday’s groundbreaking ceremony for a new Villa Therese Catholic Clinic raise their hands during a blessing over the construction site on Hopewell Street.

Villa Therese Catholic Clinic, which has been providing free medical care to low-income patients for more than 80 years at its downtown facility, is expanding its services and moving closer to the people who need them most.

The nonprofit broke ground Tuesday on an $800,000 project on Hopewell Street in Santa Fe’s midtown area.

About 20 people gathered for the event at a site owned by the Santa Fe Civic Housing Authority. The organization offered Villa Therese a 50-year lease on the land.

Otero said the clinic is about halfway toward its $1 million total goal for construction, furnishings and medical supplies after raising $240,000 and having $200,000 available for the project from an endowment fund.

The clinic opened in 1937 with two examination rooms on the grounds of what is now the Cathedral Basilica of St. Francis of Assisi. In its future space, officials said, it will have seven exam rooms for offering medical, dental and vision care.

“Our present-day location was at one time where the poor lived, but that’s not where they live anymore, so we moved down here where there is the greatest need,” said Monsignor Jerome Martinez y Alire, a retired priest who served for years at Santa María de la Paz Catholic Community.

“We have all the old challenges of a long tradition of service in Santa Fe,” he said, “and of course, now we have the new ones with COVID.”

Villa Therese, which relies heavily on volunteer doctors, dentists and orthodontists, had been closed since March due to the pandemic but reopened Tuesday to offer back-to-school immunizations for children, Otero said.

Otero said she is the clinic’s only full-time employee. It also has six part-time staff members.

Jane Haher, who retired to Santa Fe after serving as chief of plastic surgery at hospitals in New York City, is one of the clinic’s many volunteer medical professionals.

She raises awareness of the importance of sunscreen, she said, and checks patients for signs of skin cancer.

“I found cancer because I knew what I was looking for,” Haher said. “Without this free clinic, plenty of patients wouldn’t have seen me.”

Many of the clinic’s patients don’t have health insurance, she said, “so they have a very big problem.”

Otero said some 98 percent of patients are uninsured immigrants.

In 2019, 24 volunteer doctors and dentists oversaw 782 patient appointments at the clinic, officials said. Volunteer orthodontists give braces to 10 children each year at no cost.

While the clinic has no immediate plans to expand its care beyond medical, dental and vision, Otero said the new space could allow the nonprofit to hire social workers or counselors.

“If we could get the funding, I think a Spanish-speaking social worker would be such an important addition,” said Mary Ray Cate, a family doctor who said she speaks Spanish nearly fluently and has volunteered with the clinic since 1992. “Most patients are under a lot of stress.”

The clinic is recruiting volunteers with medical backgrounds, especially in dental care.

“We probably have 30 people on a waitlist for dental care right now since at least March, and even before the pandemic people had to wait months. Nobody else offers free dental,” Otero said. “And the waitlist can be difficult because you call and make an appointment, and after a no-show, the dentist isn’t free for months.

“On top of that,” she added, “who knows how many people don’t have insurance right now during COVID?”

To donate to Villa Therese Catholic Clinic's capital campaign for a new facility on Hopewell Street, or to volunteer with the nonprofit, contact Executive Director Victoria Otero at ExecDirector@vtccsf.org.