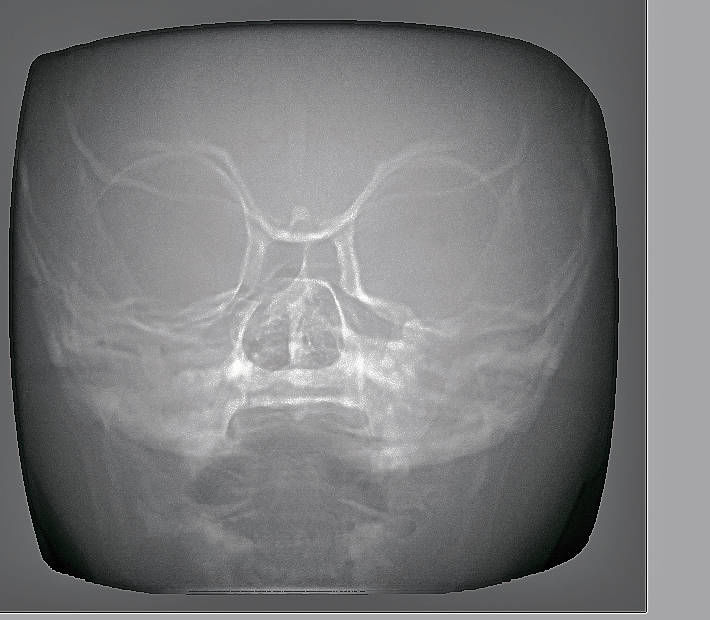 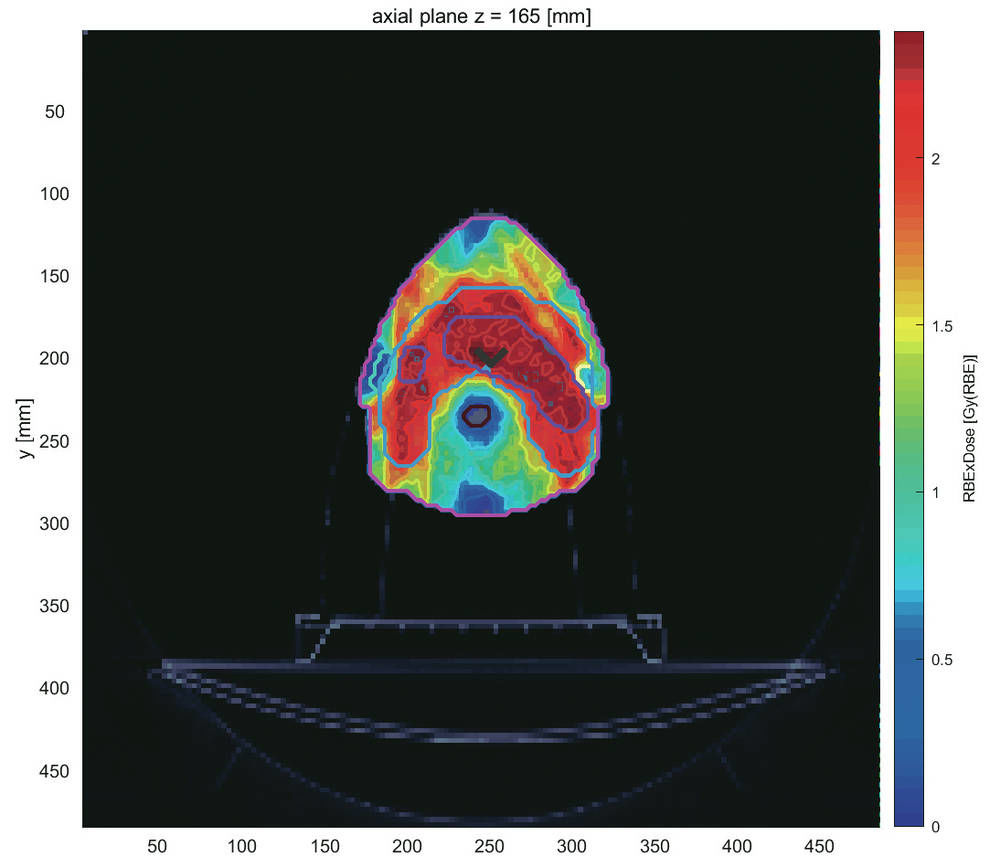 An image shows a dose map for proton therapy in action. This therapy targets a cancerous tumor but avoids harming surrounding tissue important to the spine and the body’s parotid glands. MATLAB Handle Graphics

An image shows a dose map for proton therapy in action. This therapy targets a cancerous tumor but avoids harming surrounding tissue important to the spine and the body’s parotid glands. MATLAB Handle Graphics

It’s a moment nobody wants to think about, that moment when someone discovers an odd lump on their body.

The cells in our bodies continuously grow, divide and replace each other. As new cells form, old cells die. Sometimes, too many cells grow in one area of the body or too many old cells live longer than expected. In such cases, a clump of cells — a tumor — can develop.

Although some tumors are benign and easily removed, others are malignant with cancer cells. According to the National Cancer Institute, more than one million new cases of cancer were diagnosed in 2018 in the United States alone.

One of the biggest challenges in battling cancerous tumors is destroying all the cancer cells while protecting the healthy tissue surrounding the tumor. Removing a tumor surgically or treating it with radiation is a risky business, particularly when the tumor grows close to vital organs.

Proton therapy is a precise and highly accurate nonsurgical cancer treatment method. But the technique is only as good as the ability to accurately kill cancer tissue and spare the healthy tissue around it.

Scientists at Los Alamos National Laboratory are advancing a technology known as proton radiography to increase the precision and accuracy of proton therapy.

A proton is a subatomic particle in the nucleus of an atom. When protons are accelerated to high energy, the proton beam is similar to an X-ray beam in that it will penetrate tissue and its energy can be harnessed to kill tumors.

Also similar to X-rays, a proton beam can create high-quality images known as radiographs. Proton radiography was developed at Los Alamos in 1995 to take snapshots of what happens inside exploding material or dense materials that experience an intense shock.

Proton radiography may also have an emerging role in cancer treatment. Today, more than two dozen medical centers use proton therapy in the United States, firing a precise beam of protons at a tumor to obliterate even tiny cancerous lumps, including those very close to vital organs. Although the technology has proven effective, a better imaging technique is required to reach the goal of very precise treatment.

First, with current X-ray and magnetic-resonance imaging technologies it is difficult to determine the exact edge of a tumor viewed from the same perspective as the proton treatment beam.

Second, to take advantage of the millimeter treatment accuracy ultimately possible with high-energy proton therapy, the treatment beam and the tumor-imaging beam must both be accurate to a millimeter.

Furthermore, because a patient’s anatomy may shift due to swelling or tumor growth, something as simple as a patient moving from a sitting to a reclining position can change a tumor’s shape or position within the body. Thus, an X-ray or MRI taken several days or even hours before surgery is not adequate.

To address these problems, Los Alamos is investigating proton radiography to image cancerous tumors in real time from the same perspective as the treatment beam: When doctors actively treat a tumor, they can take a quick proton snapshot at any time and adjust the proton beam accordingly.

This real-time accuracy makes it possible to home in on tiny tumors or tumors near sensitive tissues, while sparing those sensitive tissues from excess dose that can cause serious complications.

As a follow-on to a collaborative effort called Proton Therapy and Radiography with GSI laboratory in Germany, the Los Alamos team is currently addressing two principal challenges.

The first involves improving proton radiography so that physicians can better distinguish a cancerous tumor from the tissue surrounding it. Right now, proton radiography is ideal in diagnosing dense materials, such as metals and high explosives that display big density changes caused by large pressures and shocks.

But the human body is not very dense and there is not much difference is density between a tumor and its surrounding tissue. The Los Alamos team is working to improve proton radiography so that it can distinguish materials with similar densities.

The Los Alamos team is also investigating the use of contrast agents to enhance the density difference between a tumor and the surrounding tissue. Contrast agents are commonly used in medicine. One example is a chemical injected into the body so that veins and arteries stand out in an X-ray. The team is currently reviewing several contrast agents for proton radiography and will test the best candidates in surrogate tumors. Collaborators from the University of New Mexico Hospital are working with Los Alamos on this challenge.

The second challenge is determining the precise radiation dose for proton imaging in tissue. During treatment, the proton beam deposits energy precisely to kill the tumor. It is important to minimize the “extra” radiation used to take images during the procedure—the less imaging radiation a patient receives the better. The goal is to make the imaging dose a tiny fraction of the overall treatment.

This innovative technology holds out the hope of not only increasing the survival rate of those treated for cancer, but also in drastically improving post-treatment quality of life.

As a car fan,I usually look through car news on proton x50 price!