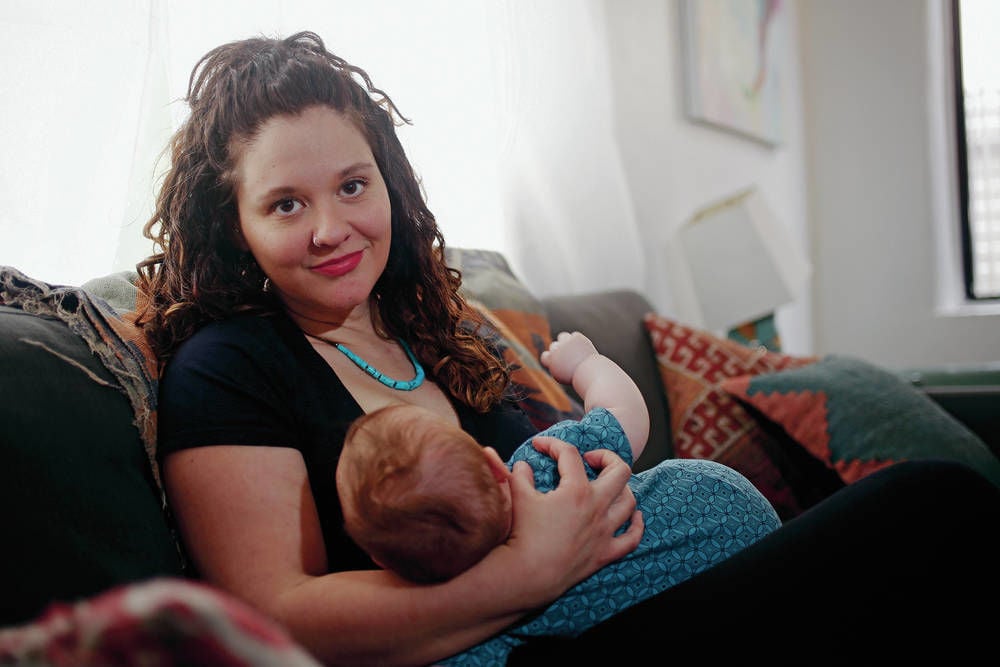 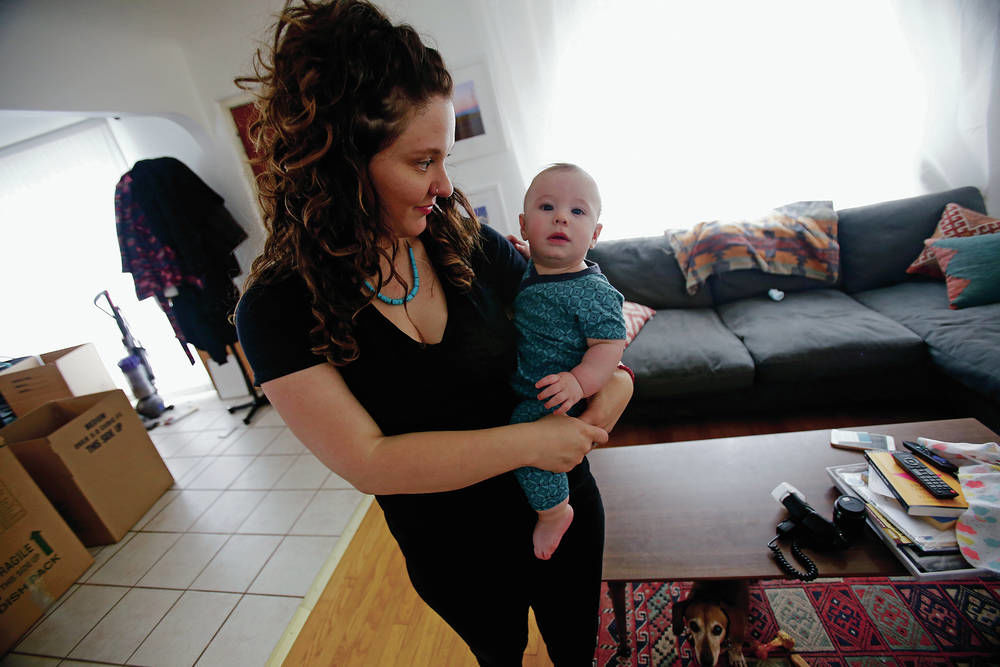 Carrie Murphy, with son Rex McElroy, is among the women’s health advocates across Northern New Mexico who launched the New Mexico Doula Association last month. She says the prenatal and postnatal care she and other doulas provide can increase a mother’s chance of successfully breastfeeding and helps ensure a healthy baby weight. Luis Sánchez Saturno/The New Mexican

Carrie Murphy, with son Rex McElroy, is among the women’s health advocates across Northern New Mexico who launched the New Mexico Doula Association last month. She says the prenatal and postnatal care she and other doulas provide can increase a mother’s chance of successfully breastfeeding and helps ensure a healthy baby weight. Luis Sánchez Saturno/The New Mexican

When Esperanza Dodge was ago pregnant 12 years ago with her son Julián, she was single. She hired a doula to offer emotional support before, during and after the birth, and to advocate for her medical preferences during labor.

Overwhelmed with exhaustion and relief after Julián’s birth, Dodge said, she fell asleep. Her doula — filling an ancient role of birthing attendant — was there to care for the infant while she rested.

Dodge’s doula also helped her address months of prenatal depression before the birth, she said, and taught her about breastfeeding and comfort techniques when the baby was born.

She wasn’t alone during the birth, said Dodge, who is the operations director of the Albuquerque-based Young Women United, an advocacy organization for minority women. Her mother and a childhood friend were in the birthing room while she was in labor.

Still, she said, “I wanted that extra support [of the doula].”

Doulas aren’t medical professionals, but medical groups such as the American College of Obstetricians and Gynecologists say there is evidence that the support provided by doulas, or birth companions, helps prevent health complications for both mother and child.

Additionally, said Carrie Murphy, who has been a practicing doula for more than six years, the aid during prenatal and postnatal care can increase a mother’s chance of successfully breastfeeding and helps ensure a healthy baby weight.

Murphy and Dodge, along with other women’s health advocates across Northern New Mexico, launched the New Mexico Doula Association last month. The goal, they said, is to raise awareness of the practitioners in the state, to encourage more women to become doulas and to help improve maternal health.

In a state with a high poverty rate and remote communities that lack access to reproductive care, members of the New Mexico Doula Association believe it’s particularly important to form a network of doulas to serve low-income families and diverse populations — such as Native American and Hispanic women.

Along with providing physical and emotional support, doulas can help ensure a birthing woman’s cultural traditions are acknowledged and respected. The goal of the new group is to “make doulas accessible to all of New Mexico,” Murphy said.

But, Dodge added, “We’ve got a long way to go. … Most people don’t even know what a doula is.”

While doulas are becoming increasingly popular in urban areas, where most training programs are located, the trend is slower to take hold in rural communities — and it’s nearly impossible for low-income and minority women in remote places to access the resources necessary to become a doula or to utilize one, Murphy and Dodge said.

Many hospitals in rural New Mexico have closed in recent years, and several providers lack midwives or obstetricians, she said, forcing most pregnant women who live outside larger cities such as Santa Fe and Albuquerque to drive more than an hour to give birth.

Even in towns with a medical facility, Dodge said, diversity among health professionals remains scarce.

She hopes the new organization will lead to a greater number of Hispanic and Native American doulas across the state.

“We have better [birth] outcomes when we have a health care provider who looks like us, who knows where we’re coming from,” she said.

One Northern New Mexico nonprofit already has been working toward that goal. More than a decade ago, Tewa Women United, a Native American women’s advocacy group based in Española, started the Tewa Birthing Project, which employs birth companions to help prioritize the spiritual aspects of motherhood in Native culture.

Steph McCreary, project coordinator for the organization’s Yiya Vi Kagingdi doula program and a member of the New Mexico Doula Association’s steering committee, said her goal is to rebuild knowledge of Native birthing traditions and skills that nearly have become lost.

Doulas have always existed in some form, she said, adding that every community has its own approach to maternity. “Culturally, there’s a lot of different ways birth is held in communities,” McCreary said.

Before working to increase the number of doulas, members of the New Mexico Doula Association say they first must confront misconceptions about what the work entails.

Patricia Marez, a mother of three from Albuquerque, said she used to think a doula was “some sort of hippie.”

“I thought they’d come in with weird music and be, like, wanting to blow up a bathtub in my living room,” she said with a laugh.

But through working alongside Dodge at Young Women United, she said she learned more. Now, she said, “I wish I would’ve known. It would have been nice to have somebody there just for me — not everybody leaving and coming and going — just to have somebody sitting next to me asking, ‘Are you OK? Are you doing fine?’ ”

The impact of the relationship between a birthing mother and a doula, Murphy said, lasts a lifetime.

“Birth will always be a hugely important day of your life,” she said, “so, having someone there to support you is important.”

• To learn more about the New Mexico Doula Association or to find a doula, visit nmdoula.org.