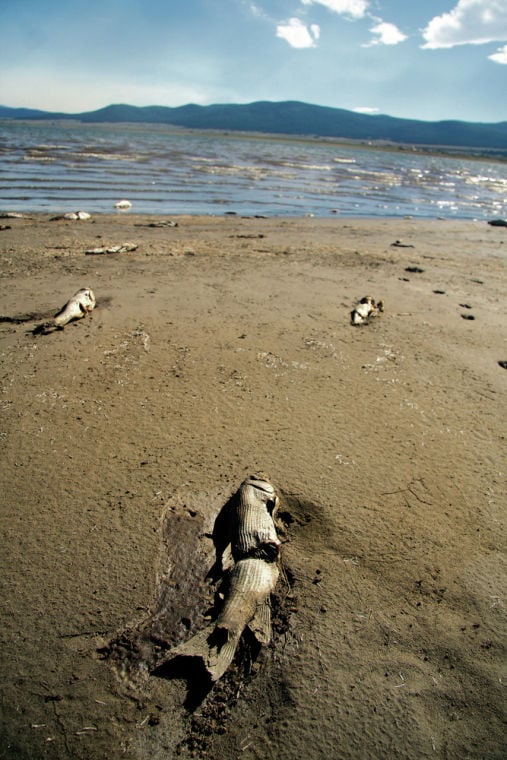 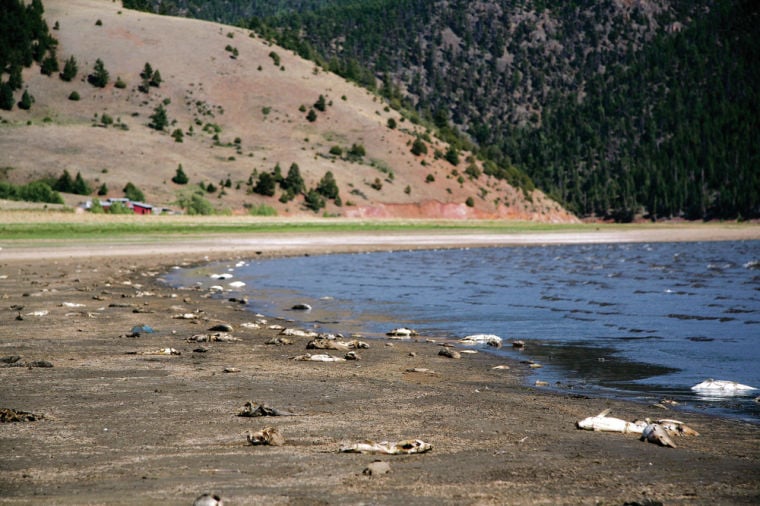 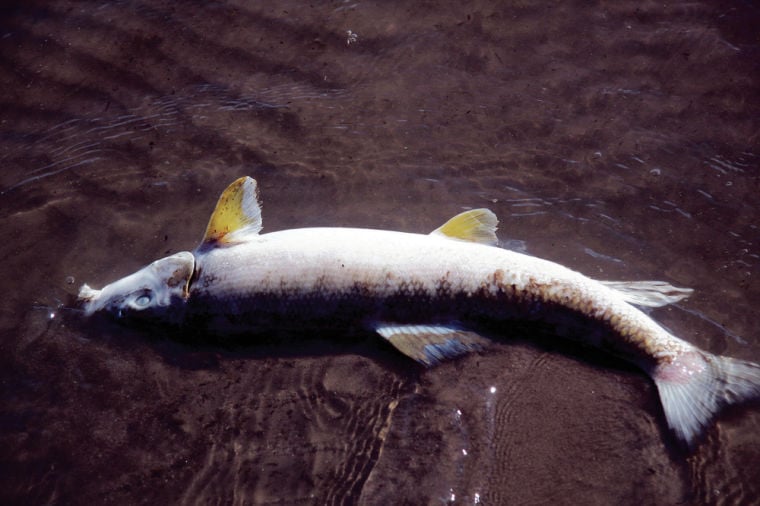 EAGLE NEST — A 10-year cycle of fish kill has resurfaced along the shores of Eagle Nest Lake, according to New Mexico Game and Fish officials.

Hundreds, if not thousands, of white sucker fish are piling up along the shoreline of the lake, dead from a lack of oxygen because of a dwindling lake level and exceptionally warm temperatures.

Officials said this year’s fish kill began the night of June 19 and was discovered the morning of June 20. Dead fish continued to wash up on shore through Tuesday. Most of the fish end up on the north to northeast end of the lake, as the wind normally blows them in that direction.

According to Eric Frey, Game and Fish sport fish program manager and former northeast fisheries manager, this happens about every eight to 10 years when drought conditions hit. Frey said he saw about the same number of fish wash up at the lake in 2002.

“The same thing is happening where [fish kill] was almost exclusively white suckers; about 99.9 percent is all white suckers,” Frey said.

What tends to happen is the white suckers wander between what is known as the shoreline and the weed line, where algae blooms most prolifically, Frey said. Through a photosynthetic process, the algae is starved of sunlight at night and dies off, lowering oxygen levels below what the suckers need to survive.

“Those fish get between the weed line and shoreline, and during the daytime, those plants produce oxygen,” Frey said. “When they get in that shallow warm water and the oxygen crashes, and that’s where those suckers are at when they die.”

Recently, Frey said, the lake experienced a large algae bloom near the shorelines that sucked up all the oxygen.

“What happens when the lake level is low, the water is shallower and you have more shallow areas for that algae to bloom, and especially on the west end you have those mud flaps you can walk across,” Frey said.

White suckers have been feeding since the end of their spawning period, which ended a few weeks ago. Frey said the fish feed off detritovores (small insects), rotted material and aquatic bugs in larval forms in the sediment. They also eat some rotting leaves and plant material at the bottom, “almost like a vacuum cleaner,” he said.

“In the shoreline, there’s a lot of that, and that’s why they’re in that shallow area,” Frey said. “If they stay in there, [the fish] are right in that threshold. At night, when those events happen, the oxygen crashes.”

Based on historical research and what Frey saw in 2002, he does not consider this to be a crisis.

“If we had our game fish dying [trout, kokanee salmon, perch and northern pike], we’d definitely be concerned,” he said. “[White suckers] are a native fish, but they are in such high numbers that it’s not really a concern. No one likes to see dead fish, but this won’t hurt the fishery.”

Frey said Game and Fish would stock fewer fish in the lake if the water level gets much lower, water quality diminishes and temperatures are not suitable for fish.

“Sometimes they don’t know [the temperature] until they get down there,” Frey said. “Last year, I had them bring some fish in mid-July and we stocked bigger fish. The water temperature was right at 68 degrees, and we had to temper them — equalizing the temperature — knowing that we had extra fish and we couldn’t put fish in certain lakes. Once we got some monsoon rain, we were able to stock more.”