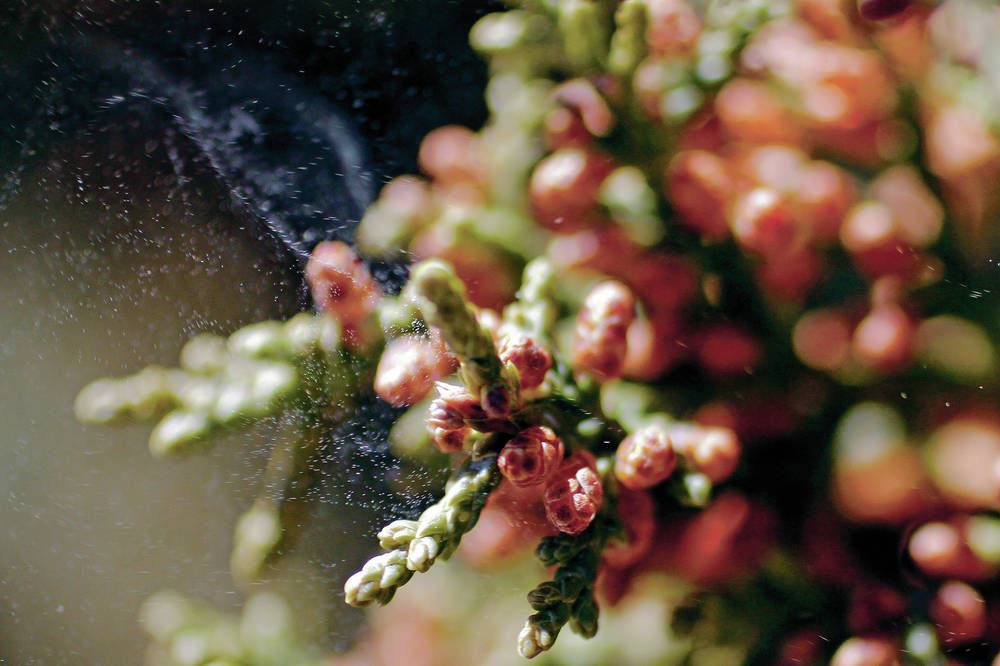 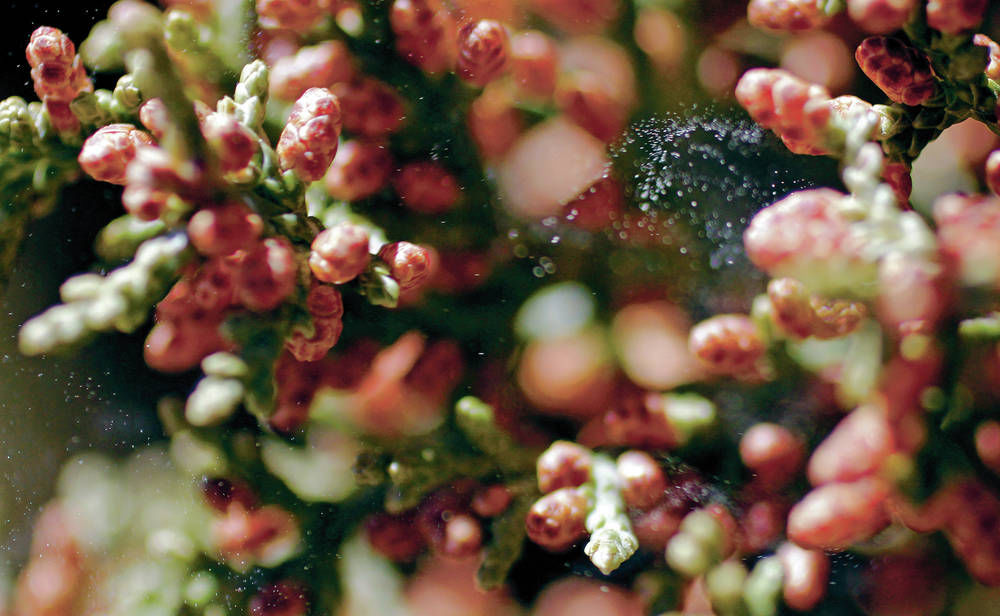 It was Tuesday morning when Heather Vaughan felt the first itch in her eyes.

“Is there an eyelash in there?” she thought to herself as she scratched away.

Then it dawned on her. She was suffering from an ailment she sees in patients every day for nine months of the year, one that friends and colleagues had told her to watch out for after living in Santa Fe two years. She realized with a pang that the deadline was upon her. It had come.

Over the past few weeks, Vaughan said, the store has bustled with patients with red, watering eyes who are sniffling and clearing their throat.

Southwestern Ear, Nose and Throat Associates in Santa Fe lists juniper and elm as the biggest allergen producers in March.

“Our number one pollen causing grief with patients is juniper,” said Dr. Gonzalo Alvarez del Real, a board-certified allergist and immunologist at Allergy Partners of New Mexico. “That [pollen] will end up being all around because of the wind.”

Andy Church, a meteorologist for the National Weather Service in Albuquerque, estimates that the “above average” winds in early March have helped circulate pollen quite a bit. And he expects it to be a windy spring.

For as many allergy sufferers as there are in Santa Fe, there are equally as many remedies — from eating local honey to getting injected with the very irritants you’re allergic to.

Alvarez works with patients to limit their exposure to the outdoors, though he notes that doesn’t always go over so well with the outdoorsy Santa Fe type.

He recommends closing windows and doors so pollens can’t infiltrate the home and washing pets, which can collect pollens in their fur after walks. Allergy sufferers also should avoid sleeping next to pets, if that’s a habit, Alvarez said. If that doesn’t do the trick, he recommends tablet or nasal-based antihistamines.

As a lasting solution, Alvarez points to allergen immunotherapy. The practice involves either oral or shot-based treatments that expose a patient to allergens gradually in order to decrease long-term sensitivity.

Though the full treatment takes a number of years to complete, Alvarez said most patients start feeling better in months.

Natural medicines offer another solution. When she started feeling symptoms, Vaughan turned to AllerDx, a supplement she recommends frequently to her clients. She said it worked for her first-time symptoms in a number of minutes.

Gadiel Ramírez, whose family owns the Santa Fe Honey Salon, said consuming their local bee pollen pellets and honey can help because they build up the immune system.

Stella Martinez, a longtime resident of Santa Fe, has allergies that begin plaguing her every spring. She’s not exactly sure what she’s allergic to, but “when the little green grass comes out, that’s when I start itching and sneezing,” Martinez said.

Nearly 25 years ago, she found a homeopathic specialist who helped relieve her symptoms. Today, Martinez turns to a number of natural products, like those containing the natural antihistamine quercetin, for help. Still, she’s no stranger to drugstore go-tos like pseudoephedrine.

“If I can, I prefer the natural way,” Martinez said. “Of course, when it’s getting acute, you sometimes have to turn to Western medicine.”