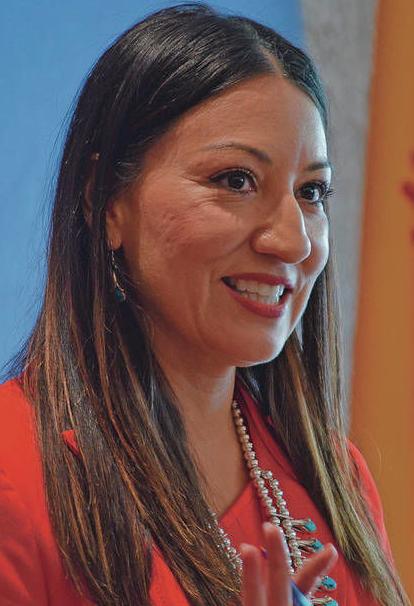 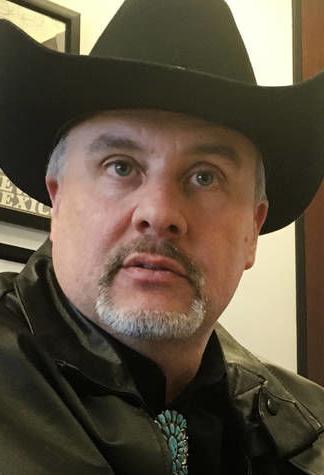 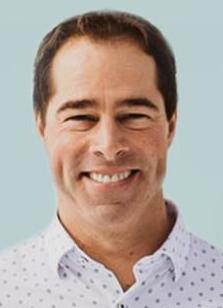 “How important is it for your candidate, as a registered Republican, to be pro-Trump?” Aragon posed to his audience recently on KIVA’s Rock of Talk program.

Caller after caller responded it was imperative — unacceptable, they added, if candidates expressed any doubts about the man in the White House.

“If there’s anybody who is not for our president, they need to go,” one caller said. “We don’t need those Never Trumpers.”

The calls reflected a trend that is becoming increasingly pronounced in two key Republican primary races in New Mexico: The litmus test for candidates appears to be whether they’ve been loyal to the president.

Those who haven’t could get a scarlet letter.

The issue has emerged in the Republican primary race for the open U.S. Senate seat, where candidates Gavin Clarkson and Elisa Martinez slammed Mark Ronchetti after a video of the former television meteorologist appearing to criticize President Donald Trump surfaced.

There are similar fireworks in the 2nd Congressional District primary, where candidates Claire Chase and Yvette Herrell face off in dueling ads, each accusing the other of failing to support Trump.

Showing your pro-Trump bona fides — and alleging an opponent’s lack thereof — has become a priority in both races.

“The president has a very high approval rating in our district, so I do think it matters,” Chase told The New Mexican. “The people in our district love President Trump, and they want a candidate who’s going to go to D.C. and fight side by side with the president for the things that he’s trying to do for us.”

To find ammunition, some candidates are going deep into an opponent’s archives, looking to the days before Trump actually held office.

The digging began last year, when news articles reporting Chase had denounced Trump in several Facebook posts in 2015 and 2016 surfaced, including quotes that he was “unworthy of the office” of the presidency.

Herrell, who won the Republican nomination in 2018 only to lose to Xochitl Torres Small in the general election, piled on at the time, proclaiming that she, by contrast, had never wavered in her support for Trump.

Last week, Herrell released an ad rehashing those old Chase posts, with a narrator reading them in a mocking tone.

“The difference between Yvette and I is that I am willing to own that,” Chase said. “Yes, I posted those posts in 2015. I was completely wrong about the president. He has been incredible for our district.”

Chase also recently released an ad of her own accusing Herrell of “standing against President Trump.”

Her campaign drew attention to an article published by the conservative website LifeZette accusing Herrell of spending “taxpayer money to fly out of state to a conference where the image of [Trump] was used in a piñata” while the candidate was a state legislator in 2015.

In response to the piñata accusation, Herrell’s campaign pointed to a cease-and-desist letter sent by her lawyers to KOB-TV in Albuquerque, charging the station was committing libel by broadcasting an ad mentioning the 2015 event. The ad, aired by the station in early April, bashes Herrell for attending the event, which it called an “anti-Trump soiree.”

The letter calls the ad “false and misleading” and says the event was instead an official conference for state legislators organized by the American Legislative Exchange Council.

“I’ve supported President Trump since the beginning, which is why the president’s top allies like Mark Meadows, Jim Jordan and Mike Huckabee have endorsed me,” Herrell said in a statement, declining an interview request.

“I am staying focused on the issues that matter to the people of New Mexico’s Second District such as the critically important energy and ag industries,” she added, “as well as safely reopening our economy so our small businesses and rural communities can survive.”

Why the need for loyalty?As candidates dig up the past, it’s clear loyalty to Trump, as much as the party as a whole, is becoming a big sticking point for Republicans — even those who aren’t running for office.

Even talk show host Aragon made it a point to hammer home his support for the president. In YouTube footage of a recent show, he displayed a Trump wine bottle, a Trump pin and even a figurine depicting the president as Jesus Christ.

It may also indicate the races are quite close, as candidates tend not to attack each other as much when there are wide leads, said University of New Mexico professor Lonna Atkeson.

“For conservatives, loyalty is a more important trait,” said Atkeson, director of UNM’s Center for the Study of Voting, Elections and Democracy.

Still, it’s unusual that primary candidates would focus so deliberately on their opponents’ support for a president, she said.

“Normally, you don’t have to pledge alliance to your leader. Normally, that’s just already written in there,” Atkeson said. “It’s very interesting that people have doubts about that.”

Pledging allegiance has been on display in the statewide primary race for U.S. Senate as well.

On Monday, Clarkson released Facebook Live footage of Ronchetti speaking at a 2019 University of New Mexico event. In the video, Ronchetti says he was a “conservative Christian who used to be a Republican until the orange one,” an apparent reference to Trump.

“I’m afraid that has taken a part of my soul, and that’s not coming back,” he says in the clip.

On Thursday, Clarkson called Ronchetti a “Never Trumper” and questioned whether the former TV weatherman had Republican values.

“Deep down inside, how could he be saying he supports the president’s agenda when it’s very clear that he doesn’t?” Clarkson asked in an interview.

Clarkson, unsuccessful in two races in 2018, contrasted himself with Ronchetti, noting he supported Trump long before he was president and wrote articles praising his economic agenda.

“You can look at my record, my published record, and see that my support for the president is genuine. It’s solid,” Clarkson said.

Martinez, also a Republican candidate for the Senate seat, called on Ronchetti to withdraw from the race last week, saying the video was “concerning and alarming.”

Ronchetti’s campaign did not respond to an interview request.

Looking ahead to the general election

If loyalty plays well in the June 2 Republican primaries, it remains to be seen how the strategy might fare in the general election.

The Republican nominee in the 2nd District race against Torres Small likely will see no need to back away from Trump because the Southern New Mexico district is largely supportive of the president, Sanderoff said.

Though Torres Small won there by a thin margin in 2018, Trump took the district in the 2016 presidential election.

“I don’t think the Republican nominee is going to distance herself from Trump in the general election,” Sanderoff said.

“Running with him is not a liability,” she said, referring to Trump.

But the general election for the Senate seat could be a different animal because it’s a statewide race. There are more registered Democrats than Republicans in New Mexico, and Trump lost the state to Hillary Clinton by 8 percentage points in 2016.

The eventual Republican nominee may need to tone down ties to Trump in a race against U.S. Rep. Ben Ray Luján, who is vacating the House seat he’s held since 2009 and running unopposed in the Democratic primary for the Senate seat.

“For a Republican candidate to have any chance, they have to move to the center for the general election because of the nature of the state,” Sanderoff said.

Clarkson said he won’t change his positions if he wins the primary.

“What we run the risk of is somebody will say whatever they think is necessary to win the Republican nomination and then they will abandon those positions once they got the nomination and run to the left in the general election,” he said. “We need a candidate like me that will stand firm on the conservative principles.”