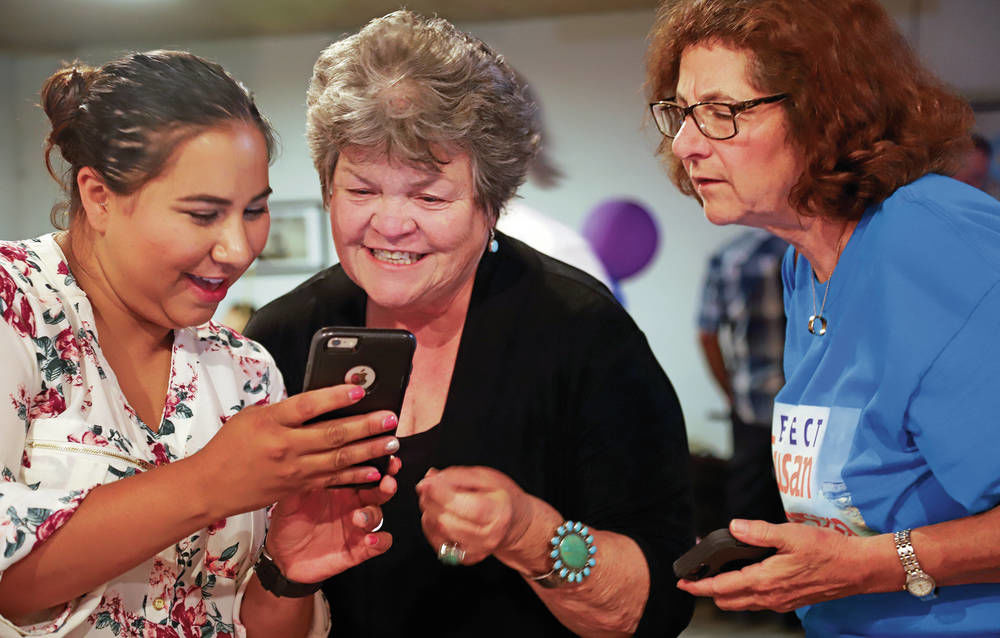 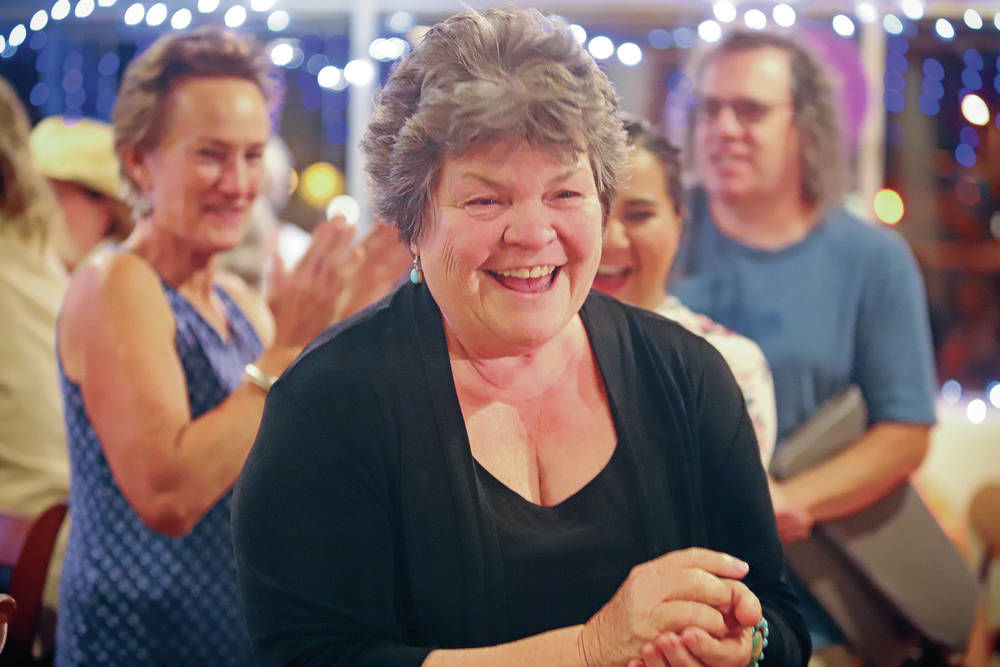 Susan Herrera announces to her watch party that they have won in Chama NM at the Blue Heron restaurant in Española Tuesday night. Gabriela Campos/The New Mexican 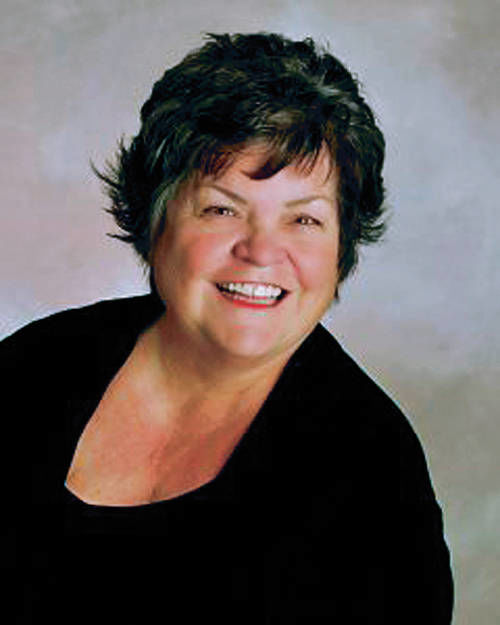 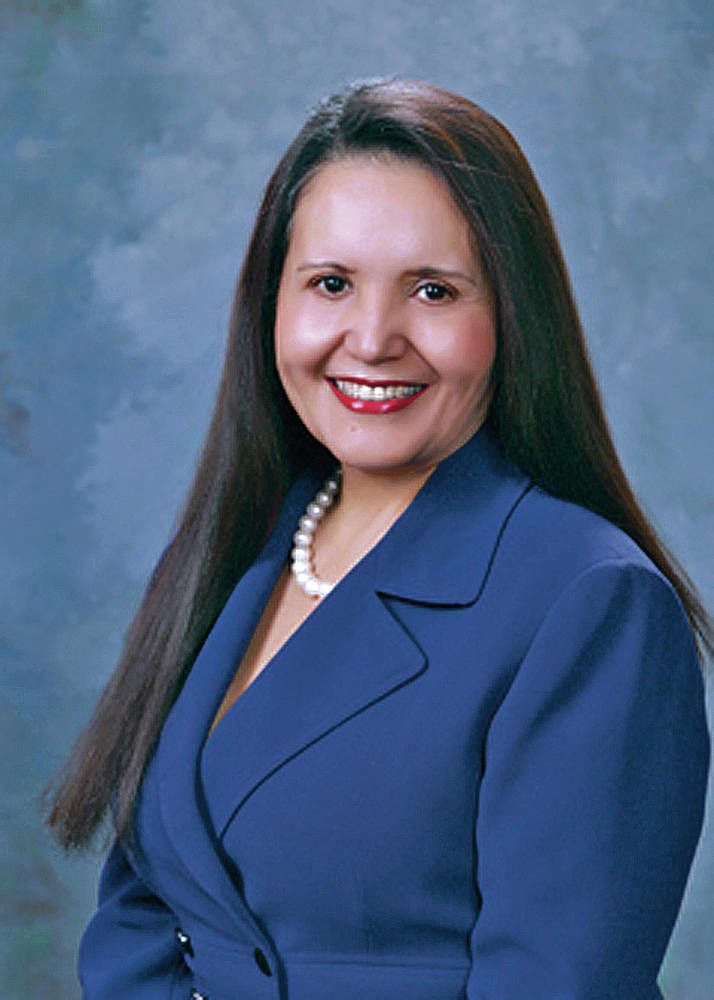 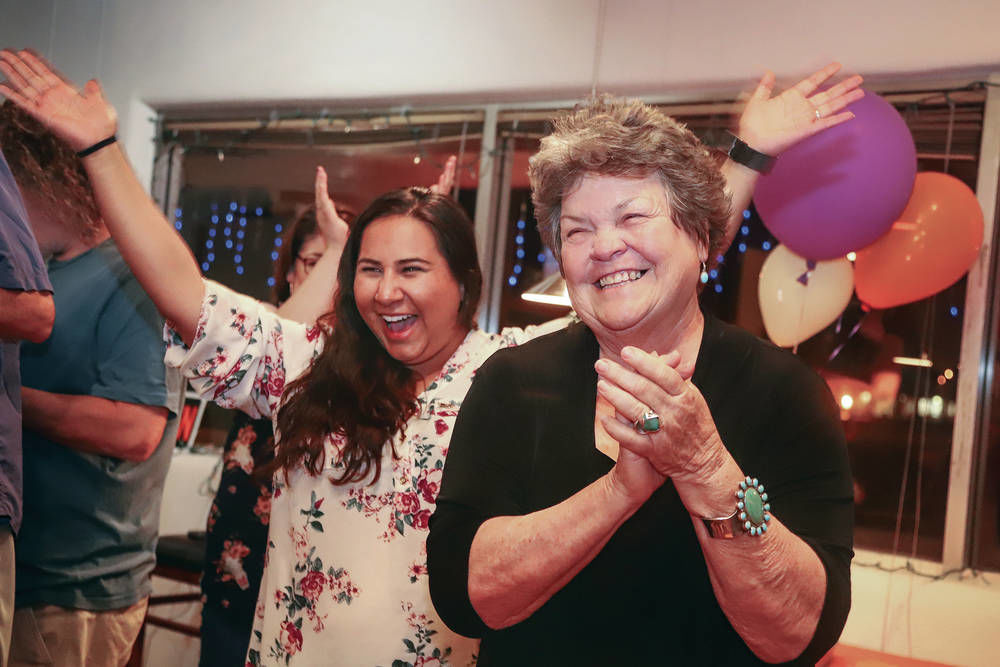 Susan Herrera announces to her watch party that they have won in Chama NM at the Blue Heron restaurant in Española Tuesday night. Gabriela Campos/The New Mexican

ESPAÑOLA — It’s the end of a political era in Northern New Mexico.

In a decisive victory — the scope of which surprised even some of her most ardent supporters — progressive newcomer Susan Herrera defeated 25-year incumbent Rep. Debbie Rodella in the District 41 Democratic Party primary.

Herrera’s double-digit win signals a shift to the left in a historically blue but socially conservative swath of Northern New Mexico that includes most of Española, the eastern half of Rio Arriba County and most of western Taos County.

Herrera, 70, a former CEO of the Los Alamos National Laboratory Foundation, whose grassroots campaign mounted a fiery last-minute rebuke to negative advertisements by her opponent, is all but assured victory in November. No Republican is opposing her.

If she had been re-elected, Rodella, of Española, would have been the longest-serving lawmaker in the House. She won her first bid in 1993.

The contentious race drew big numbers to the polls — more than 5,200 votes had been counted as of late Tuesday night. In Rodella’s most recent primary contest in 2006, 4,386 votes were cast.

At about 10:20 p.m., after receiving a congratulatory call from House Speaker Brian Egolf, Herrera addressed about 60 supporters at Blue Heron Brewery in Española. She lauded her grassroots success and looked forward to ushering in a new era in the Española Valley.

“I’m kind of amazed that we did it,” she said to cheers, her voice hoarse from weeks of campaigning. “I thank you all for believing in me and saying, ‘Yes, we can do this.’ ”

Earlier that night, as results trickled in and the pendulum seemed to swing solidly in her direction, Herrera said she’s looking forward to effecting change in a district that long has struggled with a stagnant economy and drug addiction.

“I think we’ve lived in a kind of shadow for a number of years,” Herrera said, adding: “We have a lot of good things ahead of us. I think we have some great energy.”

“We need a change,” said Erneda Espinoza, a 67-year-old Chimayó resident who first met Herrera while participating in a baccalaureate nursing program the candidate helped develop at Northern New Mexico Community College. “And I think that with (Herrera), it’ll be a really positive change. I think she really believes in the growth of this place.”

Throughout the campaign, Rodella shunned media exposure, repeatedly turning down requests for interviews and opportunities to debate Herrera in public-forum settings.

Rodella’s husband, former Rio Arriba County Sheriff Tommy Rodella, fell from grace in 2015 when he was arrested for — and later convicted of — roughing up a driver during a traffic stop.

He’s serving a 10-year sentence at a low-security federal facility in a suburb of Dallas.

Throughout the campaign, Herrera painted her opponent as an out-of-touch, entrenched pseudo-liberal whose campaign-contribution roster would lead to her downfall.

Rodella, 56, voted with Republicans on social issues, including gun control. The National Rifle Association threw a fundraiser for her in May.

She spent at least some of her funds on a series of campaign mailers and radio advertisements assailing Herrera’s financial oversight at the LANL Foundation — a move Herrera and her team hit back against in their own strongly worded ad.

Printed in the Rio Grade Sun, the half-page ad questioned Rodella’s ethics and painted the picture of a district stifled by political fear.

Herrera added that friends had warned her to install cameras at her home after she announced her candidacy.

“Running or voting against the Rodella machine and not taking these factors into consideration is a fool’s game,” the ad continued.

In an email to a constituent obtained by The New Mexican, Rodella derided Herrera’s response as “inflammatory and slanderous — not based on any facts at all.”

“My opponent chose to attack me and my family personally,” she said.

On Tuesday night, Herrera and her team stood by the move.

Herrera, California transplant who set down roots in Northern New Mexico in 1990, cut her political teeth as a campaign and legislative staffer for U.S. Rep. Jim Lloyd of California. She later served as director of the Congressional Hispanic Caucus in Washington, D.C.

In addition to her work with the LANL Foundation, in New Mexico Herrera helped found the University of New Mexico’s Taos campus and established the Northern New Mexico Community College Foundation.