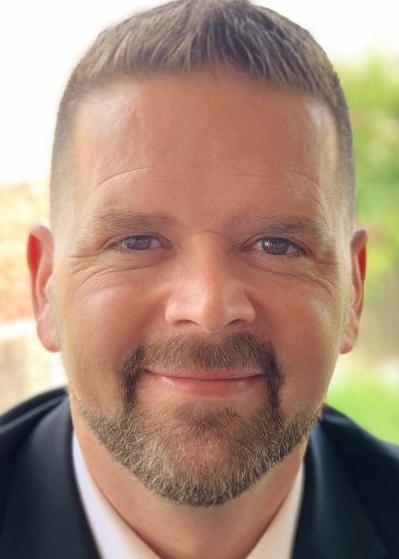 A Jewish member of the state House of Representatives said Tuesday he was greatly offended by a reference to Adolf Hitler made in a fundraising email by an Albuquerque Republican running for an open House seat.

Hendricks, an immigration attorney who grew up in central Mexico as the son of Baptist missionaries, said Ely misunderstood the point he was trying to make.

“What I learned in the law and what I learned through marriage is that not exactly what you intend to say is always what is taken from something that you say,” he said.

So, what exactly did Hendricks say? Or, in this case, write?

First, he wrote that a recent poll in the swing district showed him ahead of Democratic challenger Meredith Dixon. But a “real problem” loomed, he added.

“The far left liberals that want to implement a socialist style agenda are going to fight tooth and nail to keep this seat,” Hendricks wrote, adding his conservative philosophies, party affiliation, religious beliefs and “attachment” to the U.S. Constitution would come under attack.

Hendricks also wrote that his opponent, who had about $90,000 more cash on hand at that time, was about to kick her campaign into high gear and had enough money to “mail a persuasion piece to every likely voter in the district TEN times.” He also said her spending could be dwarfed by outside groups.

“What does this mean?” he wrote. “To paraphrase what Hitler famously said: If you tell a lie loud enough and long enough, people will believe it. I figured a quote from Hitler was fitting since this is exactly the technique used today by the Far Left Radical groups.”

In an email, Dixon, who is running against Hendricks for the state House seat, wrote any political candidate who compares the behavior of his opponents to Hitler not only demeans his own campaign but insults the memories of millions of people murdered by the Nazis.

“Demonizing your opponents like Hendricks did is also dangerous because these kinds of statements can incite dangerous acts by others,” she wrote. “I appreciate Representative Ely speaking out and I believe my opponent’s approach is dangerous — especially in our current political climate. He owes New Mexicans an apology.”

Ely said he became angry when he read Hendricks’ email.

“There are only two Jewish members in the House, and I’m one of them,” Ely said. “I was the only one for a while, and I’m sensitive to this. I do not like either party using Nazis. But if they’re going to open that door, I’m going to start talking about it.”

Ely sent Hendricks and Steve Pearce, chairman of the Republican Party of New Mexico, an open letter in which he wrote that “the behavior of Republican Party leaders” during this campaign reminded him, as a Jew, of the Nazis.

“But I have not said anything because I don’t think it is appropriate to compare either party to an ideology that killed 6 million of my people,” wrote Ely, who then listed several instances that likened President Donald Trump to Hitler, including his treatment of minorities and “the constant barrage of lies.”

“So, please don’t tempt me with your crazy rant about the Democrats being like Nazis,” he concluded. “It is the Democrats who are fighting to restore democracy, hope, sanity, unity and common respect and decency to the country. I only hope that the Republicans can one day, again, make the same claim.”

Hendricks said he never referred to the Democratic Party in his email.

“I was making a broad generalization about a couple things: the fact that our campaign was underfunded and the fact that my opponent and others have large super PACs that are behind them putting in a lot of money,” he said. “I’ve already had one specific attack from a far left PAC that was mischaracterizing a position that I took in order for them to be able to garner votes. And the point of [paraphrasing Hitler] was, even if it’s a lie or a mischaracterization of something that is said, if you say it loud enough and long enough, then people begin to believe it.”

Hendricks said the assertion he compared the Democratic Party to Nazi Germany is false.

“I have family members who are Democrats,” he said. “One of the strongest volunteers on my campaign is a Democrat, been a Democrat his whole life. My grandfather was a registered Democrat. … The statement was specifically a broad generalization of an idea of using information, even when it is mischaracterized, to sway people’s thoughts and emotions and minds and subsequently their vote. But I never, never, ever said Democrats because that is not true in any way, shape or form.”

Asked whether he regretted the Hitler reference, Hendricks said he regretted “that it touched Daymon Ely in that way.”

“That is a bell that I would never want to ring,” he said, adding he planned to reach out to Ely.

The good news is that I think many New Mexicans are now going to want to donate to Mr. Hendricks's opponent's campaign. Anyone wanting to speak out against Mr. Hendricks should consider proceeding directly to Meredith Dixon's campaign web site at https://www.meredithfornewmexico.com/ . At the bottom, click on, "Contribute."

The Democratic Party is being taken over by Anti-Semites !! Just listen to "the Squad" or Bernie Sanders .

Can you be a Jewish anti-semite?

What is this, Godwin's Law applied to political advertising?

Just to be clear, the reference was, presumably, to the idea of the Big Lie as a tool of the state, as in this quote from Reich Minister of Propaganda Joseph Goebbels and saved at the Jewish Virtual Library. I doubt the candidate meant to extol Naziism. That said, I think if you have to resort to comparing either of our parties to something as noxious as Hitler or Naziism one is scraping the bottom of the rhetorical barrel. Just reference the idea of the Big Lie. Anyway, here is the Goebbels quote and a link to the original.

“If you tell a lie big enough and keep repeating it, people will eventually come to believe it. The lie can be maintained only for such time as the State can shield the people from the political, economic and/or military consequences of the lie. It thus becomes vitally important for the State to use all of its powers to repress dissent, for the truth is the mortal enemy of the lie, and thus by extension, the truth is the greatest enemy of the State.” (Goebbels)

The original text can be found in Mein Kampf, again, preserved at the Jewish Virtual Library.

Of course, George Orwell did far better than Schicklgruber in the dystopian novel 1984. The state/Party simply re-wrote history to be self-consistent with the lies, and erased all information to the contrary. Modern cancel culture tries to do that by giving people a scarlet letter of sorts. Trump's problem is that he tells so many little lies that he couldn't possibly come up with a convincing whopper big enough to make a difference. Well, except to parts of his base.

I agree Khal , I am not sure Hendricks was calling anyone the N word just repeating a quote, he sound like a nice guy because he was concerned about how Ely took his quote. I am going with a misunderstanding on both sides.

Khalil, you're mostly right. Hitler never wrote the words in his 'Big Lie' paragraphs that Hendricks erroneously quotes in his Trumpian ignorance of history. The Goebbels quote you cite apparently cannot be traced to any primary source, even though it is widely cited in history books and, based on your assertion, at the Jewish Virtual Library. Thus, the 'quote' is itself an example of a thing repeated until we believe it to be so.

Good call, Jake. I found this source which suggests the Goebbels "quote", is as you say, an example of a thing being repeated until we believe it to be true.

The "big lie" statement attributed to Hitler at the JVL site is in Chapter X of Mein Kampf. It appears that Hendricks is admitting to paraphrasing Hitler. Sigh.

But on a more fundamental point, I don't even think the comparison applies unless one asserts that Progressive Democrats don't actually believe their own policy ideas but consider them big lies or downright fabrications. I don't think that is the case.

You are right. And hasn't our President used this quote many times himself?

Liberal fascism is real and rampant!

Then why do the neo-nażis back trump?

He now has his own brown shirts who call themselves proud boys.

The extreme fringes of outfits like the Proud Boys, as well as the most radical elements of BLM and the Antifa movement are equally dangerous.