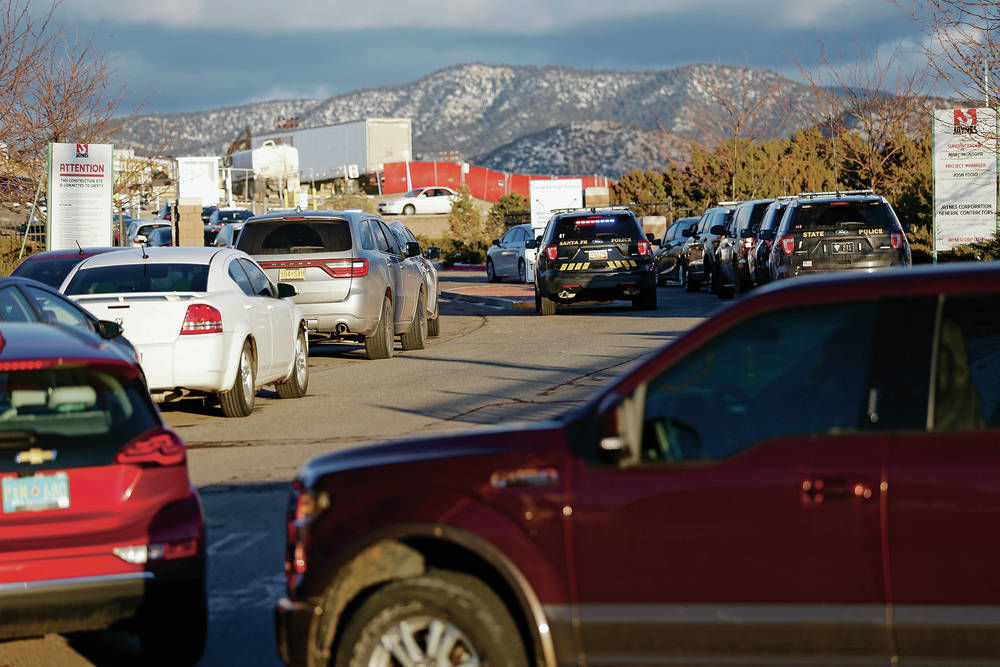 People wait in their cars to pick up students from Santa Fe High School during a lockdown Tuesday. Luis Sánchez Saturno/The New Mexican 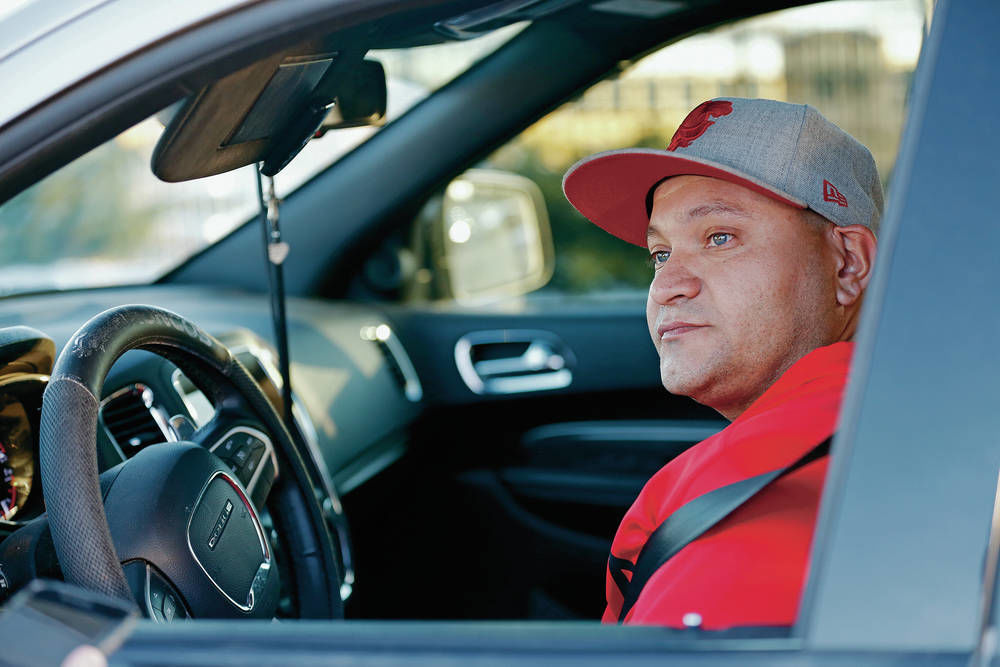 Eric Armijo of Santa Fe waits in his car to pick up his two children from Santa Fe High School during a lockdown Tuesday. Luis Sánchez Saturno/The New Mexican

People wait in their cars to pick up students from Santa Fe High School during a lockdown Tuesday. Luis Sánchez Saturno/The New Mexican

Eric Armijo of Santa Fe waits in his car to pick up his two children from Santa Fe High School during a lockdown Tuesday. Luis Sánchez Saturno/The New Mexican

Officers responded to a call of a man on campus with a gun, and upon arriving at Santa Fe High, police learned the man might be at Milagro Middle School, which is less than a mile away, Santa Fe police spokesman Greg Gurulé said.

All three schools were still on lockdown at 4 p.m. even though Santa Fe police had indicated the threat was a hoax. By 4:30 p.m., lockdowns at Santa Fe High and Early College Opportunities had been lifted. Around 5 p.m., police finished sweeping Milagro Middle School, Carl said. Tuesday was the last day of classes before Thanksgiving break.

Parent Eric Armijo said he went to Santa Fe High to pick up his son and daughter when he saw a swarm of police vehicles with flashing lights on campus. Images of mass shootings on school campuses nationwide immediately flashed through his head.

“You think of all the other things that you’ve seen at schools and pray for the best,” said Armijo, 41, who urgently texted his children to make sure they were safe.

Moments after he arrived at the school, Armijo said he received a robocall from the school district informing him the threat was believed to be a hoax, which eased his worries.

“The stress that these [students] have to go through just going to school is not right,” he said. “It sucks, but what can you do?”

Armijo, who graduated from Santa Fe High in 1996, said he never worried about school shootings when he was a student.

“I feel for these kids,” he said as he waited in his gray minivan outside the school for the lockdown to be lifted. “How are you supposed to focus and study when you have that in the back of your mind? It’s just a scary feeling to know your kids are in there, and you never know what could happen.”

Though the threat turned out to be a hoax, Armijo said he always tells his children to be vigilant and alert officials if they see or hear something out of the ordinary.

“You never know,” he said. “You might save someone’s life, including your own.”

The child who called in this threat can’t understand the anguish he/she caused yesterday. I hope his/her punishment serves to teach others the seriousness. We all suffer PTSD around the uncertainty of where the next shooting will be. What can we do? Support the efforts of New Mexicans for the Prevention of Gun Violence. Responsible gun owners also benefit from better regulation.

Hello? You want to regulate gun owners because some irresponsible jerk calls in a hoax? I've no problem with data-based, Constitutionally sound gun regulation but some of the recent threats by leading Democrats (Beto being the worst) has only widened the abyss on this issue.

Plus, maybe parents ought to better regulate their kids. If I had pulled a stunt like that, the assistant principle would have taken me to the woodshed and my parents would have given me a second dose of same.