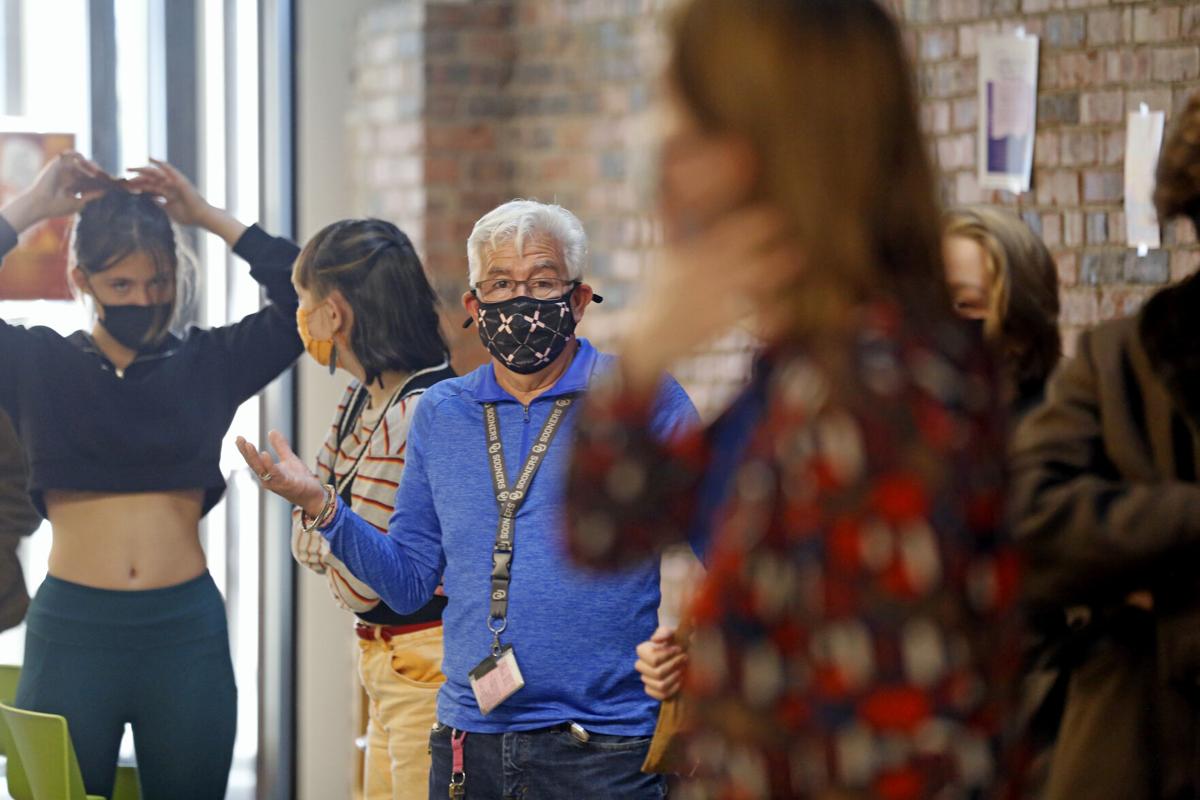 Joey Chavez poses for a portrait last week at NMSA. After retiring, he plans to write a play and a film manuscript — two projects that have bounced around in his head for years. 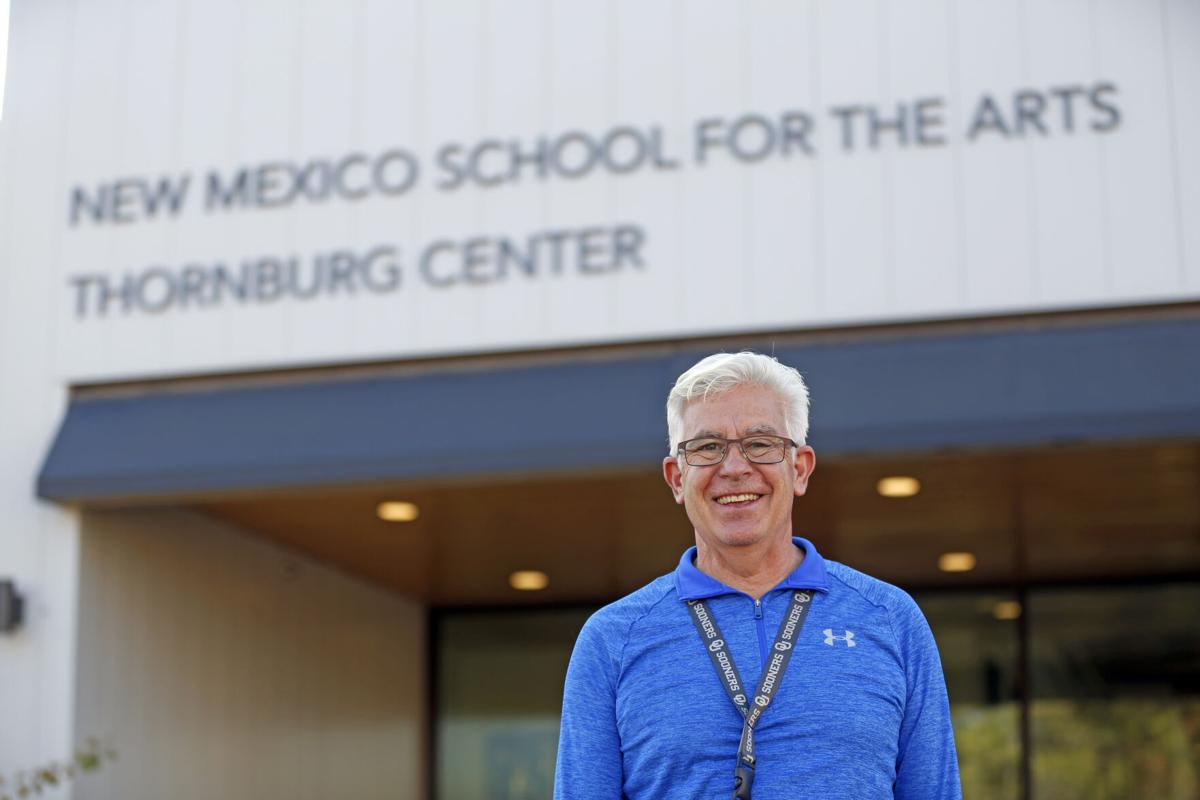 Joey Chavez poses for a portrait last week at New Mexico School for the Arts. After retiring, he plans to write a play and a film manuscript — two projects that have bounced around in Chavez’s head for years. 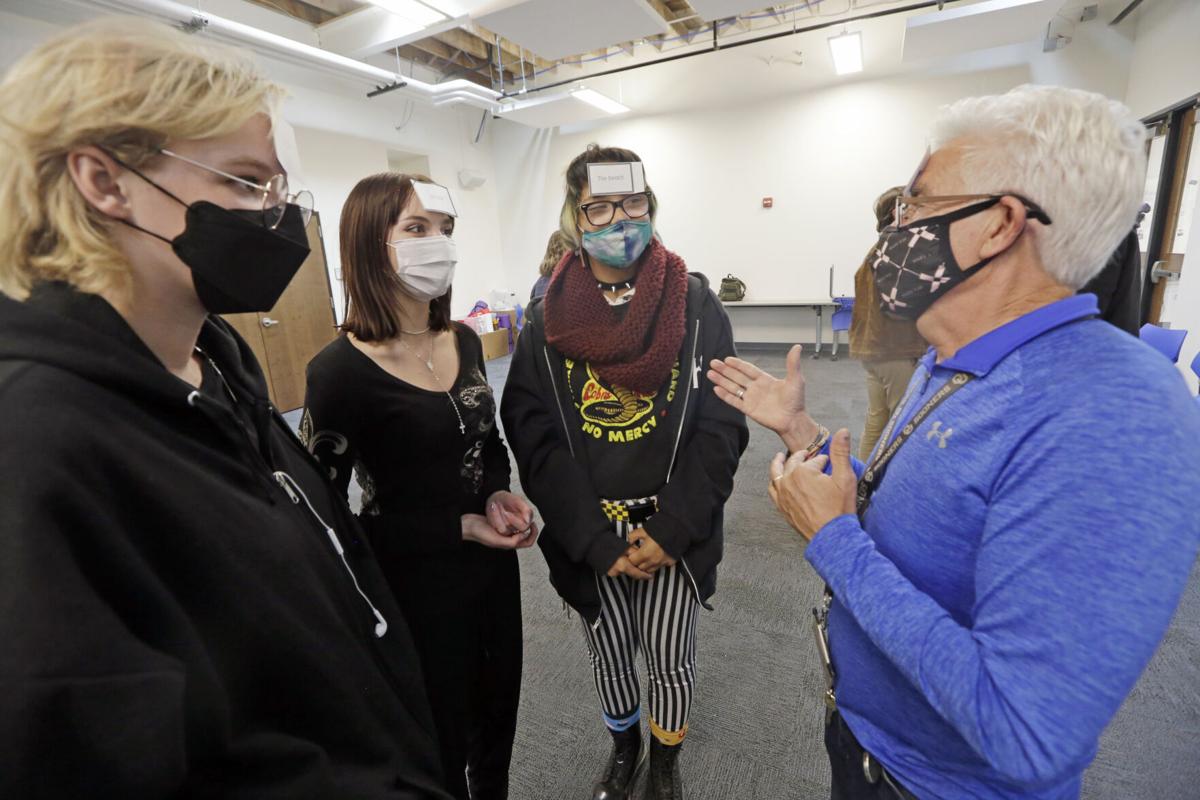 Joey Chavez poses for a portrait last week at NMSA. After retiring, he plans to write a play and a film manuscript — two projects that have bounced around in his head for years.

Joey Chavez poses for a portrait last week at New Mexico School for the Arts. After retiring, he plans to write a play and a film manuscript — two projects that have bounced around in Chavez’s head for years.

Theater department chairman Joey Chavez may have finished his final show at New Mexico School for the Arts, but it isn’t his last act.

Chavez is retiring after 29 years of teaching aspiring actors — first in Manhattan, then at his alma mater, Santa Fe High School, and finally at New Mexico School for the Arts, where he has been building the school’s theater program for 12 years.

It hurts Chavez, 64, to leave; he’s had two strokes and several seizures that affected his ability to speak, write, build sets and drive.

A diagnosis of a rare condition this spring revealed the blood vessels in his brain are particularly fragile. After a hospital stay in Colorado in May, he got back to the classroom as soon as he could.

In his final months on the job, students and colleagues helped him rediscover parts of his lost vocabulary, he said.

“Sometimes I struggle with words,” he said. “When I came back, I was very transparent with my students.”

Chavez acknowledged some days are filled with angst, and he tries not to let it show. At the same time, he’s optimistic about the future.

“I’m not done yet,” Chavez said during a recent interview on campus.

He plans to write a play and a film manuscript — two projects that have bounced around in Chavez’s head for years.

Gamble met Chavez 25 years ago when the pair played disciples in a Santa Fe Performing Arts production of Jesus Christ Superstar. The disciple role was fitting, said Gamble, who sees Chavez as wholly devoted to his craft.

“It takes extraordinary discipline to create the ecstatic experience that the best theatre can be,” Gamble said in a recent email. “It takes daily devotion to break through the humdrum. As a playwright and a director, Joey did it, and as a teacher of students, of adults, of fellow-artists, he is an inspiration.”

Chavez found acting in middle school when his best friend persuaded him to join the local drama club. The incentive: It consisted of 12 girls and no boys.

“I found that I liked it, and it wasn’t hard for me to be in front of people and perform,” he said.

Chavez worked for 15 years to redesign theater spaces and improve programming at Santa Fe High School, where he directed up to 10 shows each year, he said.

In 2010, New Mexico School for the Arts recruited him ahead of its opening, and he has spent years working to give theater-track students a taste of different acting methods.

“I decided to come to where there was nothing. I had a closet,” he said. “So I got to create new again, with imagination and creativity, a space for creating theater.”

When the first class began, he said, the atmosphere was electric: violins ringing out from the bathrooms, students painting in the hallways, others hashing out scripted arguments for theater rehearsal. A “creative collision,” he called it.

The theater department, Chavez said, isn’t just a place for future Broadway stars. Many who have gone through the theater track at New Mexico School for the Arts have gone on to pursue teaching, neurology and even yoga, taking their acting skills with them to engage others, he said.

New Mexico School for the Arts alumnus Gabriel Kessler can credit Chavez and the theater department he chaired for the solid start to his own acting career, which has culminated in two TV roles thus far.

He said Chavez brought in a guest speaker who motivated him as a teen to pursue acting in college, rather than try his luck in Los Angeles directly after high school.

When the young student was late to acting class on the first day of school and attempted to change seats in the auditorium to join the other students, Chavez sternly warned, “If you disrespect the theater one more time, you’re out of here.”

“He’s got this very beautiful progression that I think is intentional,” Kessler said of Chavez. “He’s just super real.”

Senior Kat Howe, who plans to pursue a career in costuming, said that when she arrived at the school, she had no idea the program would be so rigorous.

Chavez taught her to improvise through monologues in the face of her short-term memory issues.

“[It’s] really interesting how he took a different perspective on theater, and taught [the techniques of] his generation to the new generation, which is really inspiring,” she said.