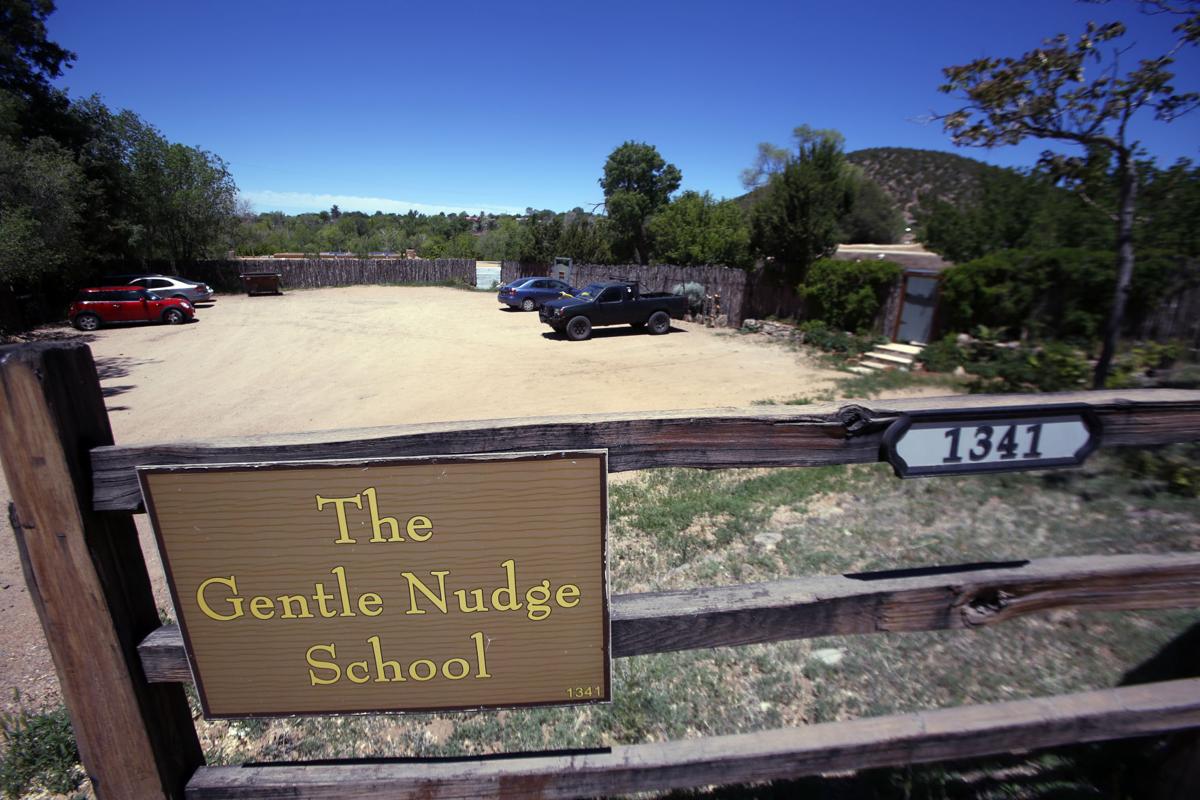 The Gentle Nudge School on Upper Canyon Road is closing. 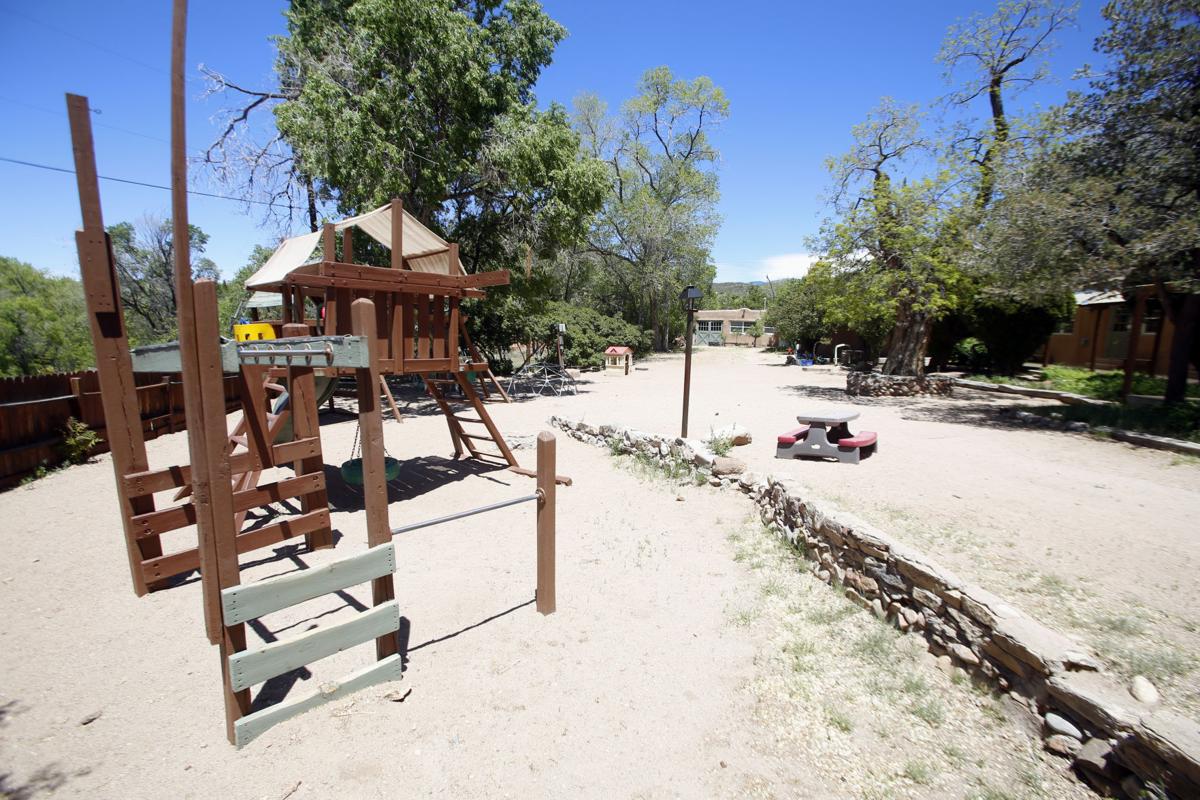 The Gentle Nudge School, a private preschool on Upper Canyon Road, is closing its doors.

The Gentle Nudge School on Upper Canyon Road is closing.

The Gentle Nudge School, a private preschool on Upper Canyon Road, is closing its doors.

Rosemary Rowell took a vacation from working the front desk of the Ahwahnee Hotel in Yosemite National Park and drove to Taos in the summer of 1970. There, over tea and wine and walks by the Rio Grande, four young women decided to start a preschool.

“We were in our 20s at the time and very idealistic,” Rowell said. “We wanted to change the world through our children.”

Rowell credits herself for coming up with the adjective “gentle” and isn’t sure who decided on “nudge.” Either way, The Gentle Nudge School started in May 1971 with a dozen students on a former dude ranch in Santa Fe.

After nearly 50 years on Upper Canyon Road serving generations of Santa Fe families, the school is closing this spring as director Naomi Brackett announced plans to relocate to Arizona.

“I always just remember being a kid there and always being outside. Such amazing vibes,” said Hannah Stowe McMurry, a doctor who now lives in Portland, Ore. She has had the same best friend, Jessie Talbert, since attending the school in the late 1990s.

“Whenever I’m home, I still go for runs down Canyon Road so I can pass the school,” she said.

After coming up with the idea for the school in Taos with friends Holly Kenney, Alice Herter and Julia Westfall, Rowell said the group found the location after only three days in Santa Fe. The spot included an apartment on site, for $400 per month.

While Herter and Westfall had backgrounds as preschool teachers, Rowell and Kenney had a philosophy but not much practice.

“I had absolutely no experience when we started out,” Rowell said. “But we were passionate about art and nature and raising kids to love and appreciate those things.”

After her co-founders moved on within five years of starting the school, Rowell made the decision to carry on with a philosophy that mixes different approaches to early childhood education. Most years, a class of 12 students had three teachers.

“We draw inspiration from certain parts of Montessori, Waldorf, Reggio Emilia and a lot of different philosophies and child development research,” said Brackett, a teacher who took over as director of the school when Rowell retired in 2007.

“We were usually the first school experience for our students, so we always wanted to be able to individualize our approaches.”

Located near the Randall Davey Audubon Center & Sanctuary, teachers say The Gentle Nudge School always took advantage of the Santa Fe River being within earshot of campus while students looked after rabbits, chickens and other farm animals.

Inside, the school smelled like a combination of lilacs and fresh bread, which teachers say most alumni immediately recall upon returning to campus.

“All children who have come back over the years say the same things. They say the classrooms look familiar. Then they go outside and recall all these fond memories of being outside,” said Diana Reiner, who taught for more than 25 years at the school in two different stints.

“I think that’s the way it should be,” she added. “Kids outside exploring the nature and earth.”

While its licensed capacity is 41 students, Brackett said the school had been offering half-day and partial-week services to include around 50 families with 2- through 6-year-olds in the school community.

While The Gentle Nudge School is closing, the space will still be used for early childhood education.

Rowell, who owns the land, will lease the school to Katie Feldpausch, who has been running Tierra Madre Holistic Preschool out of her home for the past seven years.

Feldpausch said she will continue to accept reimbursements from the Children, Youth and Families Department. The preschool’s tuition is around $1,000 per month, similar to what Gentle Nudge had been charging.

Two teachers are also staying on.

“My school is entirely play-based, nature-based and art-based to preserve the awe and wonder of those early formative years,” said Feldpausch, who has had 30 families on a wait-list for 12 spots in recent years. “While I know it’s been a business relationship with [Rowell and Brackett], I feel a responsibility to keep the heart and soul of early childhood education alive in that space.”

Typically around this time, Gentle Nudge celebrates graduation at Fort Marcy Park with recitals from each class and a potluck for families. Brackett said she hopes to organize a reunion whenever that might be allowed.

Rowell said she used to be unable to shop in Santa Fe without running into a current or former student or parent. While the proper, in-person send-off may be delayed, the founder said she doesn’t need one to trust its impact.

“It’s all in the name, and I still believe it’s the right approach after all these years,” Rowell said. “Firm but so, so loving.”