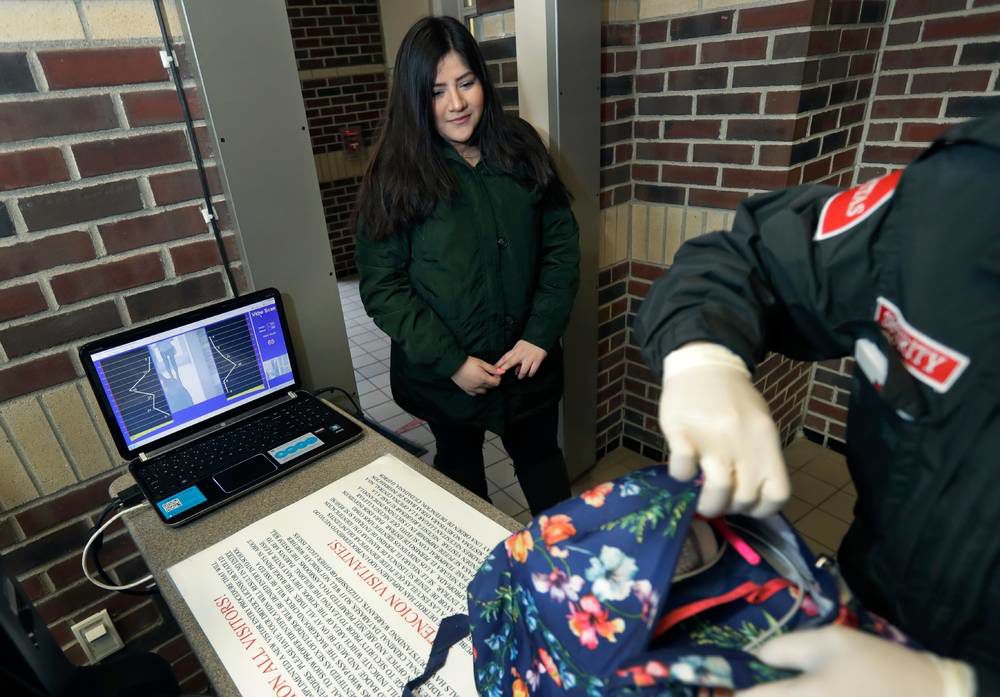 Alondra Alvarez, a student at Western International High School, goes through a metal detector and has her backpack checked in March as she enters the school in Detroit. Teachers at Santa Fe High and Capital High School have indicated they would support metal detectors at campus entrances. Carlos Osorio/Associated Press 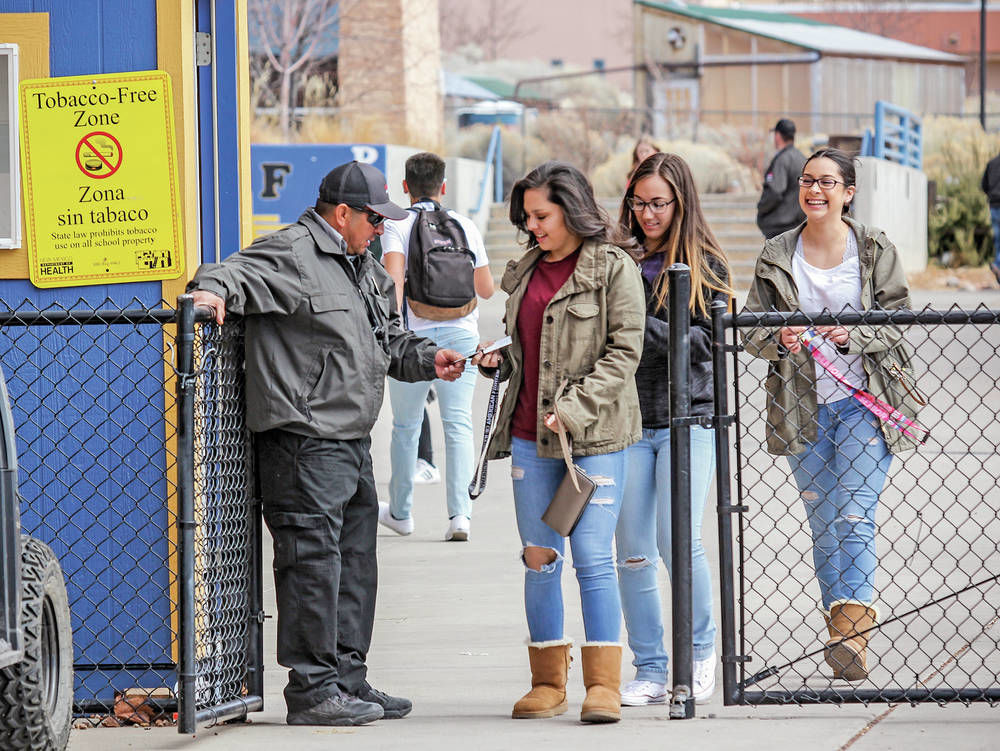 Alondra Alvarez, a student at Western International High School, goes through a metal detector and has her backpack checked in March as she enters the school in Detroit. Teachers at Santa Fe High and Capital High School have indicated they would support metal detectors at campus entrances. Carlos Osorio/Associated Press

Capital students don’t favor that plan, but teens at Santa Fe High are open to it.

Teachers and students at both high schools are asking for more mental health counselors to work with troubled teens and more communication during safety drills on campus. They also want predesignated “safe spots” where they know to hide during an active-shooter incident, and they’re concerned about side doors that should be locked but are sometimes propped open, and other entrances that are easy to access.

They also fear those big, wide classroom windows make them more vulnerable to an attack. Some teachers have been buying curtains to cover their windows.

“It’s like trying to hide 35 kids in an aquarium,” one teacher said.

Such campus security concerns, collected during on-campus forums and surveys, were included in a presentation that Capital High student Gabriella Rodriguez and Santa Fe High student William Wiebe made last week to the school board.

The heavy focus on school security comes after a series of school shootings around the country, including the much-publicized massacre in February at a Parkland, Fla,. high school that took the lives of 17 people. That tragedy in particular has galvanized youth and other activists to take to the streets, social media and the air waves, demanding stricter gun control laws and more stringent school security efforts.

About 20 students took part in a security forum Capital High, while 30 attended one at Santa Fe High. The anonymous surveys were completed by 24 teachers at Capital and 40 at Santa Fe High.

The presentation by Rodriguez and Wiebe, who have served as student advisers to the five-member school board for the past year, had an impact.

“These are some of the things that make me very concerned as a board member,” said Vice President Maureen Cashmon. Several other board members asked district leaders to follow up on the concerns.

One issue that seemed prevalent at both schools is the lack of communication that administrators and teachers give students when they take part in safety drills for lockdowns and orders to shelter in place.

“We want to know if there is a gun in the situation or five blocks away … a robbery down the street as opposed to an active shooter,” Wiebe told the board.

But Rodriguez said many students oppose the use of metal detectors. “We don’t want to feel we are going to prison when we go to school,” she said.

However, students at both campuses support the district’s plan to have armed school resource officers — active or retired police officers trained to handle emergency situations — patrol their schools, an initiative the school board continues to consider, even though it hasn’t identified funding for the initiative.

School board President Steven Carrillo said it’s unlikely the district will find money in its budget for the coming school year to hire three resource officers, as planned, but it may be possible to find grant money to cover the officers’ salaries.

The district also is looking to invest up to $500,000 to hire counselors who will focus on student well-being, he said.

Changing the rules of zoning