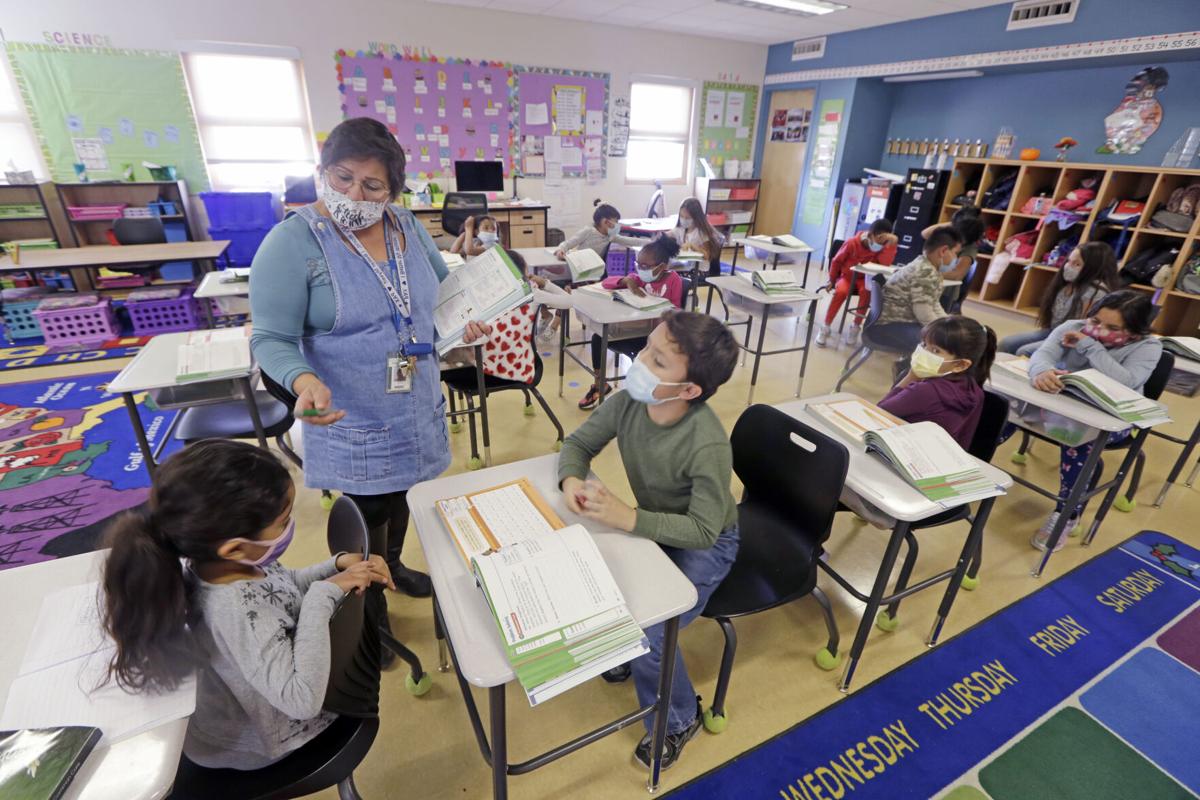 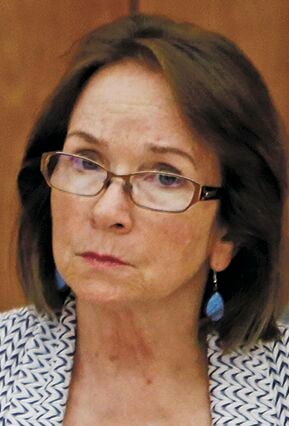 A daunting figure — 1,048 openings — reflects the challenge faced by school administrators and lawmakers as the Jan. 18 start of the legislative session nears.

It represents the number of unfilled teaching positions statewide that were identified by researchers at New Mexico State University in September, a month into the school year.

By comparison, researchers identified 571 open spots at the same time in 2020.

Remedying that shortfall will be among the top priorities at the Roundhouse.

The Public Education Department, alongside Gov. Michelle Lujan Grisham’s office, has requested $280.5 million to increase base teacher salaries and provide a wage increase of up to 7 percent for all school staff next school year.

The move has drawn support from the Legislative Finance Committee, Stewart said.

“I’m fairly certain we will be able to ensure … the budget that comes out will fully support this,” Stewart said in a recent interview. “I do think this is one of the first steps to ensure that we can get more teachers in the classroom.”

Other lawmakers are considering longer-term ways to lure graduates into teaching jobs and trying to find ways to keep them in New Mexico.

For Sen. Debra Sariñana, D-Albuquerque, that means allocating $20 million toward paying graduate students on the alternative licensure pathway to take on yearlong teacher residencies in schools.

She remembers high turnover within Albuquerque Public Schools toward the end of her career.

“We had one new hire that lasted a week and another who lasted a month,” she said. “We can’t have that anymore, so this is one way to change that.”

Residents would get paid $35,000 for the year — which Sariñana said would help graduate students avoid working second jobs and instead focus on learning in the classroom.

“The problem with the teacher shortage is it’s an immediate problem we have to deal with, but we have to fix the pipeline going in,” Soules said.

For Rep. Derrick Lente, D-Sandia Pueblo, it means putting elements of the Tribal Remedy Framework, a 2019 plan formulated in response to the landmark Yazzie/Martinez ruling, back on the table in January to get more Native American teachers into rural classrooms.

Last session, Lente — a member of the Legislative Education Study Committee — sponsored an unsuccessful bill that would have pumped more than $26 million into local colleges to increase Native American educational programming.

“In a district like mine that is rural, that is pretty much minority-based, largely Native American, teacher shortages are easy to come by,” he said in a recent interview. “In many cases, no one wants to come work in a remote part of the state.”

A 2018 report from New Mexico Kids Can showed during the 2016-17 school year, 3 percent of the state’s educators identified as American Indian or Alaskan Native, compared with 11 percent of the student population.

During the last legislative session, only $15.7 million of a $140 million request from several bills surrounding the Tribal Remedy Framework received funding, according to the Tribal Education Alliance.

Meanwhile, Legislative Education Study Committee vice chairman Rep. G. Andrés Romero, D-Albuquerque, is turning his attention to a request advocated by the state’s public school districts: a “hold harmless” provision that would fund them by pre-pandemic enrollment levels while they continue to provide services through staffing shortages.

“Schools and the staff at the schools, not just teachers, are still expected to provide the same services,” Romero said.

Romero estimates that funding districts based on pre-pandemic student numbers would likely cost the state $20 million.

“I’m not sure exactly how that will roll out,” Soules said. “I know there will be some discussion around that.”

This fiscal year, the state gave districts the option to receive advanced funding for projected enrollment gains, but Romero expressed concerns that few districts took part in the program, which required them to pay back funds if projections fell short.

Romero also emphasized the need for funding for teacher loan forgiveness programming. The Higher Education Department’s forgiveness program, which pays back up to $6,000 in federal loans for in-state teachers, had more than 600 teacher participants this year.

The department requested $5 million of state lawmakers heading into the session this year.

More bills will likely come to the table in coming weeks, including a “school choice” bill from gubernatorial candidate Rep. Rebecca Dow, R-Truth or Consequences.

At a Legislative Education Study Committee meeting Friday, staffers presented lawmakers with a blueprint of a possible budget recommendation that includes a slightly larger request than the Public Education Department’s and Legislative Finance Committee’s, Soules said.

Part of that is due to a request for a $15 minimum wage for all school staff members, Soules said.

A copy of the recommendations won’t be available until the committee approves the line items.

Soules noted the budgets of the Legislative Finance Committee and the Governor’s Office aligned closely with that of the education study committee.

The Legislative Education Study Committee is set to endorse a final draft Jan. 17, after a December meeting was postponed during the recent redistricting session.

“We’re a couple of weeks behind,” Soules said.

Augustin de la Sierra, Nothing is free someone (taxpayer) has to pay for it.

Alternate licensure for those switching careers--no make work classes in the substantive field--require one class on child psych for that age group including special needs; and a practicum course--that is, a semester or two of mentoring. Also let two people share one teaching job. My 2 cents.