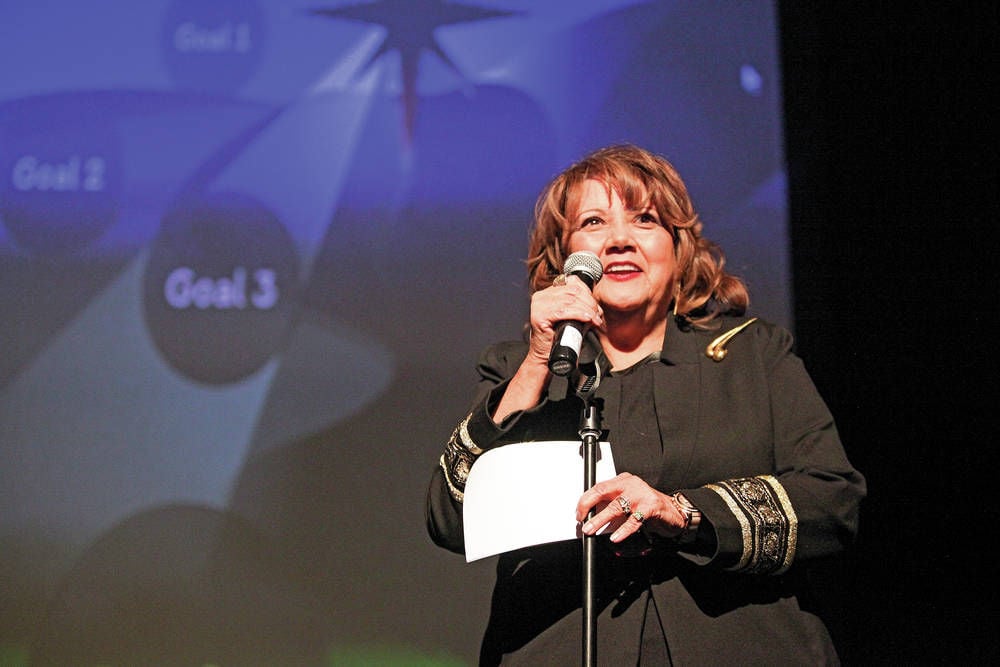 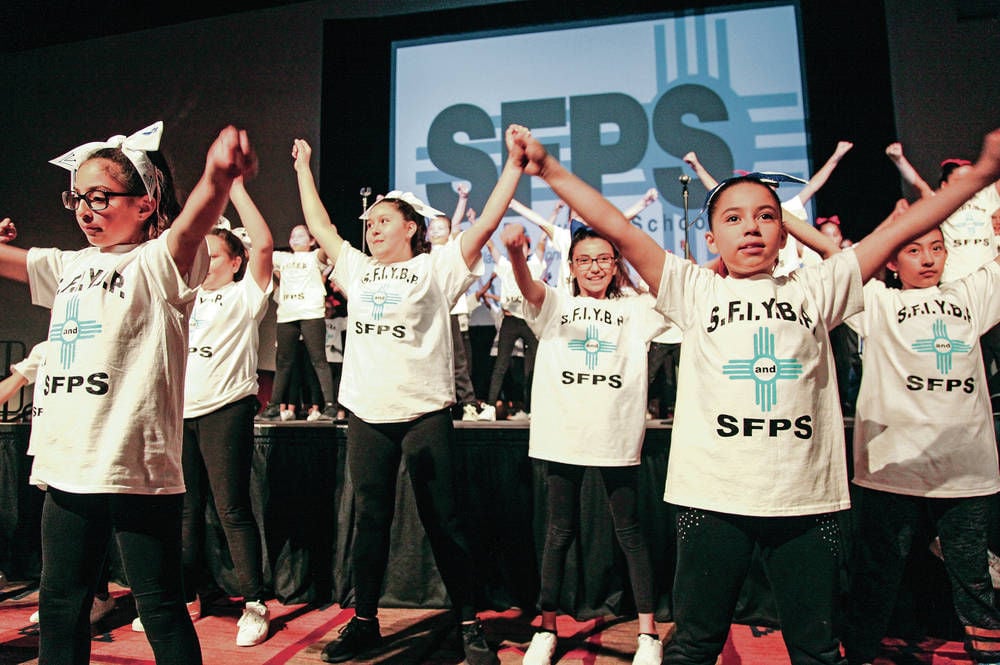 A collective of elementary school cheerleaders from across the city join together Thursday to perform “Ya’ll Ready to Rumble” to begin the festivities for the annual State of the Schools presentation at the Santa Fe Community Convention Center. Gabriela Campos/The New Mexican 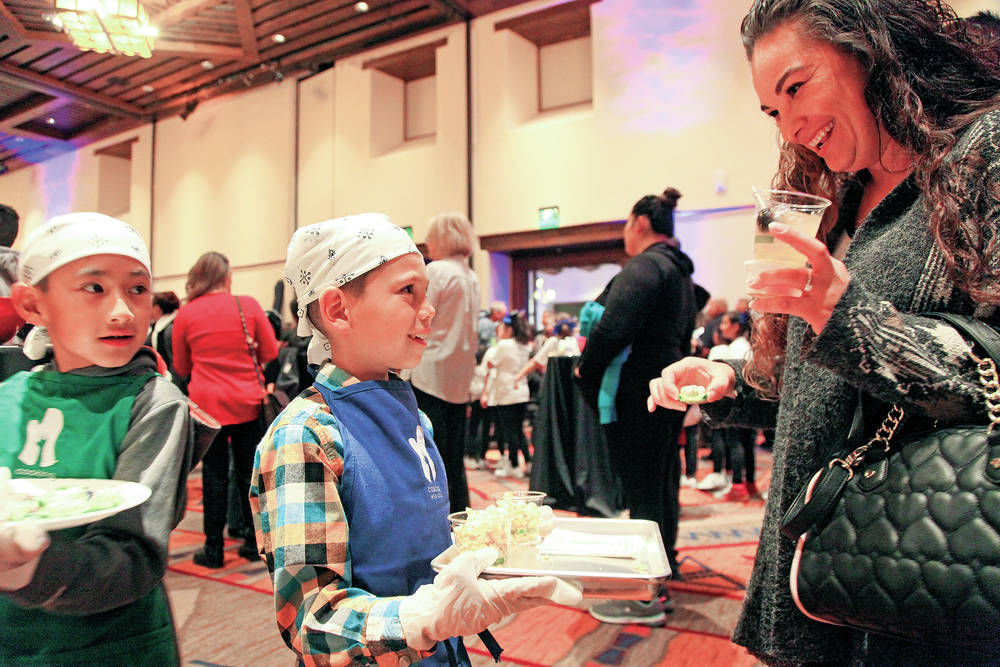 A collective of elementary school cheerleaders from across the city join together Thursday to perform “Ya’ll Ready to Rumble” to begin the festivities for the annual State of the Schools presentation at the Santa Fe Community Convention Center. Gabriela Campos/The New Mexican

Just over 28 percent of students in the Santa Fe Public Schools achieved proficient scores on statewide reading tests this spring, a slight increase from 25 percent in 2016. Math scores held steady at a dismal 16.5 percent.

Superintendent Veronica García highlighted those numbers Thursday night during her second annual State of the Schools address, but she told the crowd of more than 400 people that a student’s achievements aren’t always reflected in his or her performance on such exams.

“There is a tension between how we are evaluated and what we want to see in the attributes of a Santa Fe Public Schools graduate,” she told the audience at the Santa Fe Community Convention Center.

The event, more of a pep rally designed to showcase positive aspects of the public schools than a formal address on how the district is faring, included live music and dance performances by student groups and videotaped interviews in which students spoke of how the district’s push for technology upgrades was helping them prepare for careers in science and engineering.

The district is asking voters in February to approve a general obligation bond that would raise an estimated $72 million and would require a 2-mill property tax levy over six years. Part of the bond money would go toward the purchase of more classroom computers. The revenue also would be used to improve libraries, gyms and playgrounds.

While García touted the district’s improvement on its annual state report card — to a C in 2016-17 from a D the previous year — and reminded the crowd that Wood Gormley Elementary School had been named a Blue Ribbon School by the U.S. Department of Education, she also pointed out that the district must improve its achievement measures.

Officials will address poor proficiency scores as they draft a new five-year plan in the coming year, García said, adding that the district should graduate students who are “caring … with poise and skill and confidence that people recognize them as graduates of Santa Fe Public Schools.

“That has to happen by intention, not chance,” she said.

The main goal of the five-year plan, she said, will be to identify what graduates need to fully prepare them for college and careers.

School board members and administrators are scheduled to discuss the plan during a study session Dec. 9.

García also spoke about the district’s efforts to boost security and safety protocols at its 30 school sites, with an increased presence of security guards, the creation of emergency response teams at each school, the use of identification badges for anyone entering schools and time-lock doors that close to outsiders once classes begin.

The address came after arrests tied to two separate alleged threats of violence at one of the district’s largest schools, Santa Fe High.

Alejandro Valle, 18, a student at the neighboring Early College Opportunities School, was arrested Wednesday on suspicion of bringing a firearm onto school grounds and threatening to shoot Santa Fe High Principal Carl Marano after a lunchtime quarrel at Marano’s school.

And 14-year-old Aaron Encinias, who was a Santa Fe High freshman, is charged with writing a letter threatening a mass shooting on the campus.

In an interview after her address, García said, “It seems that these sorts of incidents have escalated.”

Still, she praised students and security staff for reporting the threats and preventing more serious harm.

“I think students are stepping up to the plate, and both students and staff are doing the right thing … to protect our schools,” she said.

Thursday’s affair kicked off with an energetic display of athletics by elementary school cheerleaders and concluded with a musical performance by the Capital High School band.

Other colorful acts included dances by the district’s Native American students and a spirited rendition of “Stand By Me,” performed by students from Ramirez Thomas Elementary School.

“We’re on a positive trajectory here,” García said in her closing remarks. “Our students deserve an opportunity. And that’s all we can do — provide them with an opportunity.”