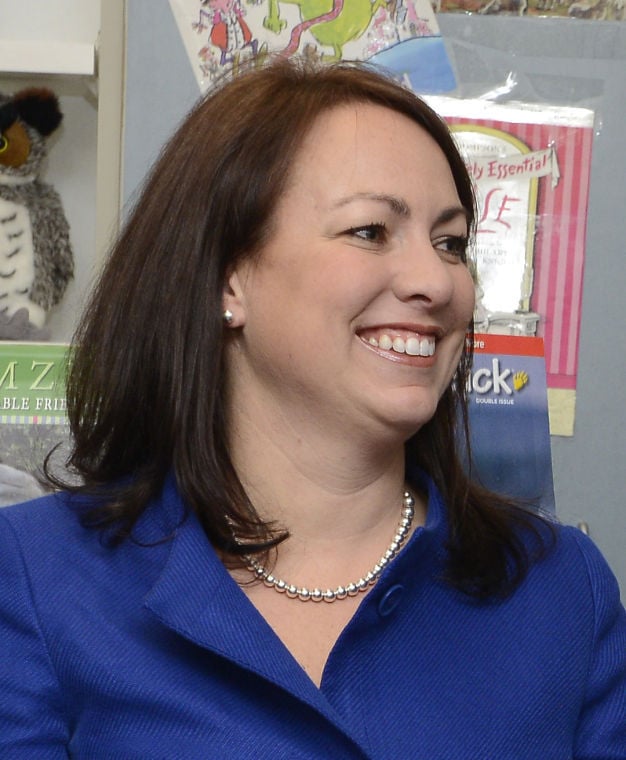 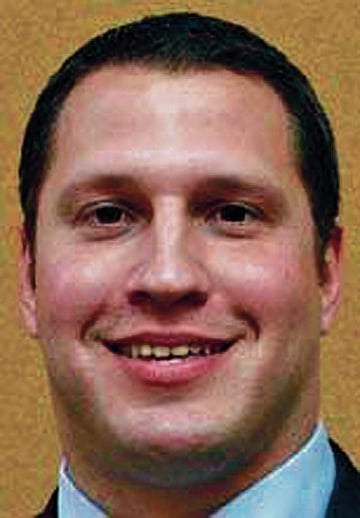 After weeks of debating with Santa Fe Public Schools about how its teachers would be scored under the new state evaluation system, Hanna Skandera visited Superintendent Joel Boyd on Friday to admit she was wrong.

Last week, just under 50 percent of Santa Fe’s teachers were rated “effective” or better. This week, it’s closer to 67 percent. Other categories went up as well, with over 15 percent ranking as “highly effective” and 1 percent “exemplary,” while 30 percent are “minimally effective” and just over 3 percent “ineffective.”

“In any new endeavor, you learn a lot,” said Skandera, head of the state Public Education Department. “We have to learn and improve.”

As for Boyd, he was right when he said the new teacher evaluation results for Santa Fe teachers were inaccurate. It was his first public confrontation with Skandera over the new reform — and one over which the Public Education Department pushed back hard.

The education secretary-designate reiterated her support of the new system. But she said the department has learned from complaints and concerns from other school districts about bad data that followed the release of preliminary scores in the spring. At that time, the state estimated about 76 percent of its teachers were effective. Following more data collection and analysis, the state revised the evaluations, and that number dropped to under 73 percent. The Santa Fe district turned in its data for the evaluations more than a month after other districts had.

Skandera said the education department will change the timeline for collecting and evaluating data next year to avoid such mistakes.

Why the big change? Chalk it to up bad data and some scores of zero in categories that shouldn’t have counted on Santa Fe teachers’ evaluations.

Gov. Susana Martinez used her executive powers to initiate the teacher evaluation system this past year. The evaluations are based on a number of prerequisites: student test results and other achievement-growth measures, classroom observations, and assessments of how teachers plan and connect with students. Most districts figure in teacher attendance, while others — including Santa Fe — do not.

As a result, Skandera said, in some areas “there were zeroes” that lowered the overall average for the district.

Boyd said there are about 3,000 data points to be analyzed in the teacher evaluations and that inconsistencies or omissions were found in more than a dozen of them.

He said the new rankings are “more accurate.”

The two said they get along well and have a collaborative relationship. Last week, when the state released Santa Fe teachers’ results, it seemed to be a different story. Behrens had said the ratings were correct and that Boyd should know it. But Skandera said Friday that Behrens was referring only to the portion of the evaluations related to Standards Based Assessment scores and that Boyd knew the most recent scores, released in July, did not fit into this year’s evaluations.

Boyd denounced the initial results last week, calling them inaccurate. He stands by his numbers. He said the new figures more accurately represent preliminary reports that the district put out in June, estimating 41 percent of the district’s 800 teachers were rated as highly effective, 54 percent as effective and 4 percent minimally effective. It estimated fewer than 1 percent were ineffective and fewer than 1 percent exemplary.

The district wants another week to review its math on the teacher ratings, and then it will present new data to the Public Education Department, which will do its own re-evaluation.

As a result, Santa Fe teachers may find themselves with a different evaluation than they were given by the district back in the spring. Boyd said “any hypothesis is possible,” though it is unlikely there would be a huge leap from, say, a “minimally effective” to “exemplary” rating for an instructor.

Boyd said Santa Fe’s teachers are more dedicated than any in the state.

On a similar note, Santa Fe Public Schools has appealed the state-ordained school grades of D given to three of its facilities, arguing that some of the data points are inconsistent. Boyd said Friday he would not have made the appeal if he did not believe there are possible inconsistencies — as the district discovered with the teacher evaluations.

The sad thing is that we have always been last in education regardless who was running the state or the PED.

Parents need to take the responsibility of the child's education.

Fewer than 1% of SFPS teachers are "exemplary" says Boyd. Where is the public outcry? We need to put him on the next train back to Philadelphia.

At least 80% of my three children's SFPS teachers were/are exemplary.

It's Skandera and Boyd and the whole clown show of rating teachers and schools based on test scores and voodoo math that is grossly ineffective.

Imagine using student surveys to learn of teacher effectiveness. Who would ever think that students would have any idea if they learned anything from a teacher. We must have very stupid students if they have no idea if they are learning more from one teacher than from another. Why haven't student surveys and evaluations been considered before? Why don't teachers have students give them evaluations at the end of each year. I have done this and found them to be very helpful. The majority of the students are honest, helpful and understand a teachers strong and weaker points.

Trying to erase the humiliation and disappointment some teachers may have felt as a result of inaccurate evaluations by shrugging her shoulders and an "oops, my bad" attitude is not how you instill trust and confidence in teachers. If she had been a teacher, she would know that. But then again, that may have been too much to ask of a Secretary of Education...an actual degree in education.

Unfortunately, the problem is bigger than Skandera or even Martinez. They will simply be replaced by Michelle Rhee's or Campbel Brown's or who ever the profiteers buy to represent them. We must fight the Wall Street/Corporate takeover movement that is nationwide. It's not easy. They have a lot of money and even more hubris.

Hanna Skandera needs to be fired! She done more harm than good for the school system!

If we could remove the incessant, over-bearing and expensive administrative meddling from he public schools and let teachers do their jobs...???

Want to know how effective a teacher is? Ask the students and their parents.

Can somebody please get something right the first time ? Anybody ?

Skandera is the cornerstone of Susana's administration! Enough already, send them both packing!

Skandera should be sent back to Florida with an F on her report card. Utterly incompetent.

The bottom line: All districts know the best part of this new system is the Observation Portion of it. Unfortunately, it's only worth 25% of a teacher's total score in many districts (except for Santa Fe, which got a waiver on this.) The portion assigning 50% of a teacher's total score to test data is where all these errors come from. And as Boyd says: test data is not the way to assess a teacher. It's observation. Of course, all this is a fiasco. Every district's eval is different, 3,000 data points and at the end of the day: You can't compare teachers OR schools OR districts because the method of evaluation is different for all. SHAM SYSTEM. Hanna Skandera has failed and many of us knew this would happen from the beginning. Thanks New Mexican, for scrutinizing this while other media ignores it in an effort to protect the governor/Skandera.

Ok, I made a judgment error on this one. "Boyd vs. Skandera" = 1 for Boyd 0 for Skandera. Now, is their going to be a next round in the ring or are both of these contender's going to work on improving the rating scores for the teacher's evaluations - by supporting them with additional resources they need to better educate our children throughout the school districts in NM? Since Boyd won this round, what else is he going to do for the Santa Fe Public Schools District in terms of reaching out to the teachers, parents, and especially our children needs? Rumor says he's gone for a better place in Albuquerque in the next three months and we will be looking for a new superintendent by the end of the year.[scared]

All it takes is a vote from the legislature, when is that going to happen?