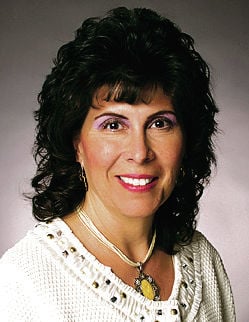 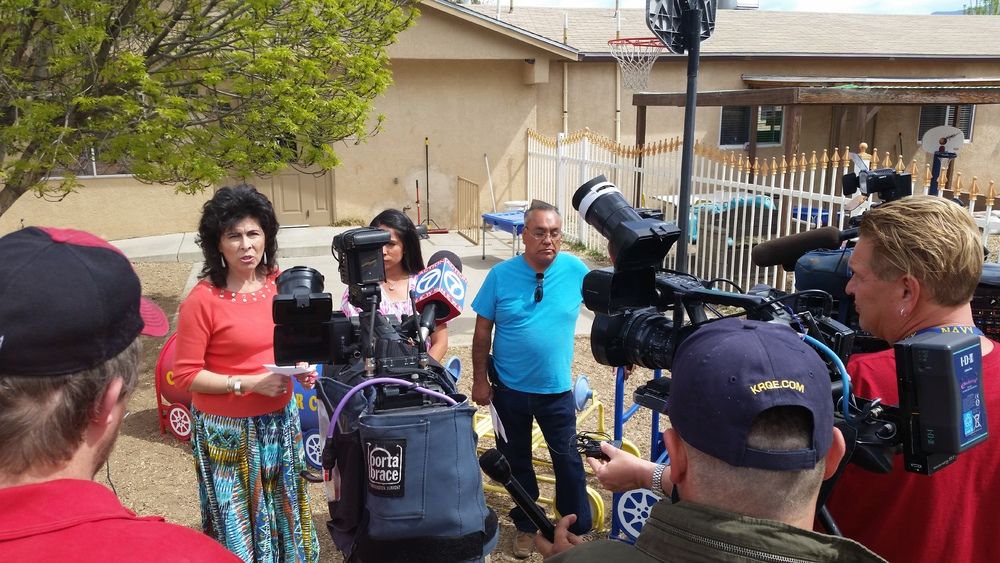 State Sen. Linda Lopez, D-Albuquerque, speaks Thursday at the Teddy Bear Preschool in Albuquerque about how child care costs in New Mexico are putting a strain on working families and her renewed push for more state investments in early childhood education. Courtesy photo

State Sen. Linda Lopez, D-Albuquerque, speaks Thursday at the Teddy Bear Preschool in Albuquerque about how child care costs in New Mexico are putting a strain on working families and her renewed push for more state investments in early childhood education. Courtesy photo

It’s more expensive in New Mexico to put an infant in day care for a year than to pay for a year of college at an in-state school, according to a new report on the rising costs of child care across the nation.

The sobering statistic is hardly unique to New Mexico, but the study by the Economic Policy Institute, a nonprofit advocacy group for low- and middle-income workers, is refueling a New Mexico lawmaker’s push to boost the state’s investments in early education programs, even as state revenues are declining.

State Sen. Linda Lopez, D-Albuquerque, one of the key speakers at an event Thursday in Albuquerque spotlighting the results of the study said that as a legal guardian of a 4-year-old, she understands the impact of child care expenses on New Mexico families.

And in a state struggling with some of the lowest graduation rates and student test scores, as well as some of highest rates of child poverty, investments in “quality early education can change the state’s future,” she said.

According to a December 2014 report issued by the White House, “expanding early learning initiatives would provide benefits to society of roughly $8.60 for every $1 spent, about half of which comes from increased earnings for children when they grow up.”

While the federal government recommends that families spend no more than 10 percent of their household income on child care, Lopez said, the Economic Policy Institute found that New Mexico parents are spending a far higher share of their earnings on child care. The institute found that child care spending in New Mexico — at an average of nearly $8,000 a year for the care of one infant and more than $7,000 for a preschooler’s care — is about 17 percent of the median income of just under $47,000 annually.

New Mexico is one of 33 states along with the District of Columbia where infant care is more expensive than college at in-state schools, the institute’s study says.

The report shows that child care in New Mexico costs less than in many other states — such as the average cost of $13,154 for a child in neighboring Colorado, $14,144 in New York, $14,366 in Minnesota and $17,062 in Massachusetts. In the District of Columbia, child care costs are the highest in the nation at $22,631 a year for one child. The report found that Mississippi has the lowest costs, averaging $4,822 a year per child.

But with one-third of New Mexico children living in poverty, according to a Kids Count report released by the Annie E. Casey Foundation earlier this year, child care is essentially cost-prohibitive for a large portion of the population.

The state offers child care aid to low-income families, but officials with the New Mexico Children, Youth and Families Department have said that only about a third of the children who qualify for the help are getting it.

Lopez is among several of New Mexico’s Democratic lawmakers who backed a measure during this year’s legislative session — and similar measures in past sessions — to let voters decide whether to tap into a multibillion-dollar endowment for funding to expand early childhood education programs in the state. But as in past years, the controversial constitutional amendment failed to pass. Now Lopez is recommending an alternative revenue stream: state income taxes.

She believes the state should invest $100 million in an early childhood education system so that all families can have access to quality care for their kids — and teachers can earn a higher wage.

“Many child care providers are paying their teachers close to minimum wage,” Lopez said. “They can’t pay them what they’re worth.”

Rebecca Glenn of OLÉ, an advocacy group for working families in New Mexico, said one preschool teacher who spoke Thursday, Sabryna Garcia of the Teddy Bear Preschool in Albuquerque, where the event was held, told the group that she spends half of her income on care for her own children.

“It would be nice to start to see some solutions,” Glenn said.

Money for early education could come from rolling back corporate tax cuts and increasing taxes on workers earning $150,000 or more, Lopez said: “You should be paying your fair share.”

As legislators begin holding discussions ahead of their 60-day session in 2017, she said, they need to prioritize early child programs.

“We’ve had the conversation before,” Lopez said. “Let’s continue it, and let’s come up with a plan.”