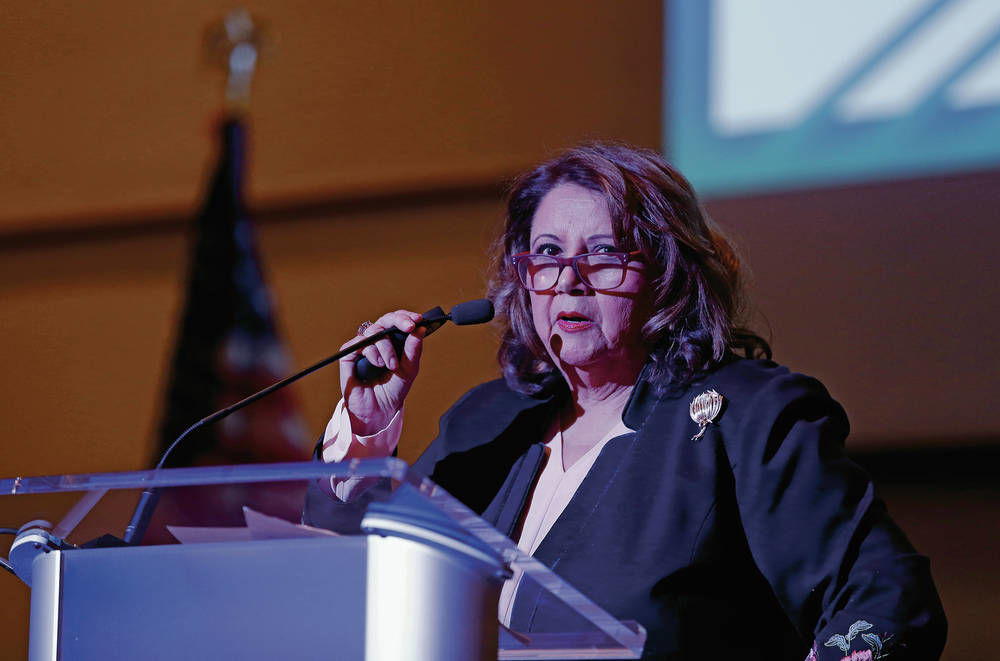 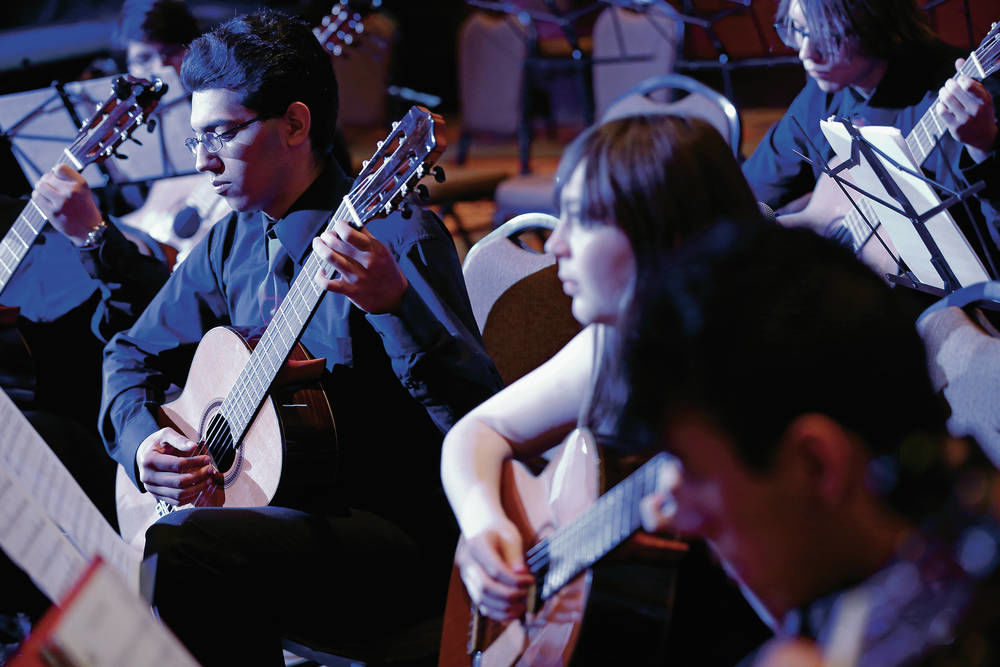 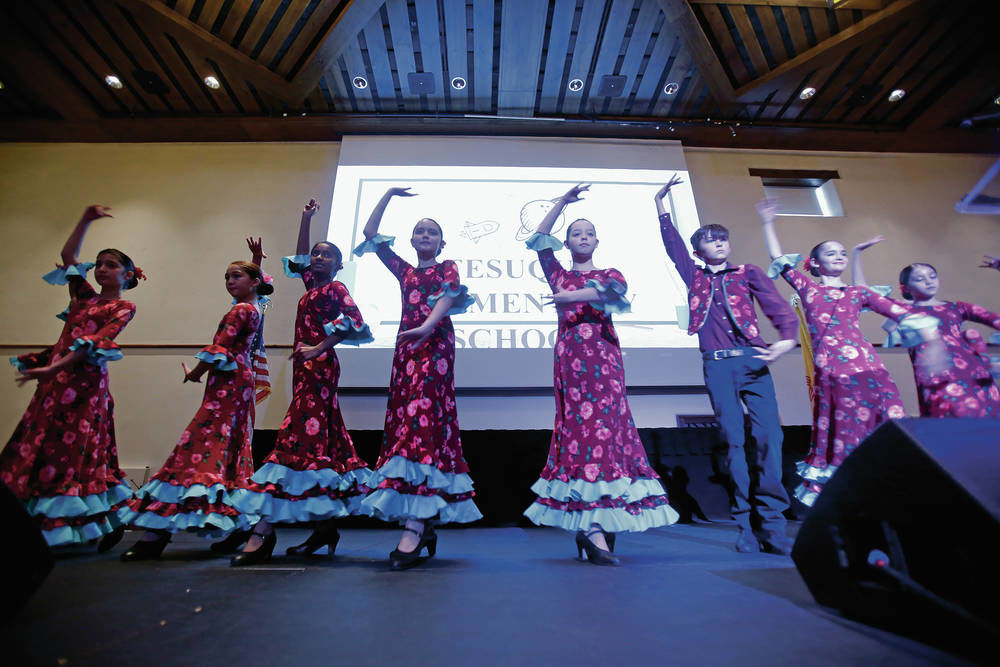 During her annual State of the Schools address Wednesday afternoon, García announced Project Put Students First as her response to a teacher shortage that plagues the local district and many others across the state. She said she has identified 15 classrooms in which she plans to replace long-term substitute teachers with current staff members who are licensed educators working in different roles.

“For me, it is unconscionable to leave a classroom with a substitute when we have certified teachers in the district who could cover those classes,” García said in a phone interview following her address, held before a crowd at the Santa Fe Community Convention Center.

“We can’t have kids going two years without a certified math teacher,” she said. “We can’t let that happen.”

At the beginning of the school year, the district had 32 openings for full-time teachers, and García said the number still hovers around that level. District leaders will meet with reading specialists, digital learning coaches and other staff Thursday to ask for volunteers willing to become classroom teachers for a period of between nine weeks and a semester.

Under the district’s collective bargaining agreement, however, García has the power to transfer a staff member to a different role at a new school after other attempts to fill the position have been exhausted.

She drew applause during her State of the Schools address when she called on the New Mexico Legislature to raise base teacher salaries by $5,000 a year — to $45,000, $55,000, and $65,000 under the state’s tiered system — to make the profession more attractive.

“I’m concerned we’re burning out staff while not paying them enough,” García said. “I think some of the resignations and retirements we’ve received are due to feeling stressed out from having to cover too many classes, and that’s not fair to the kids or the teachers.

“At the end of the day,” she added, “we’re going to have to be able to get more teachers to come to New Mexico because the in-state pipelines have really dried up.”

In her speech, García connected the state of Santa Fe Public Schools to the challenges its students face at home. District data shows schools with the highest math and reading proficiency scores have the lowest percentages of students qualifying for free and reduced-priced lunch, a federal marker of poverty, and learning English as a second language.

To accelerate growth for students who start school behind their peers, García pointed to prekindergarten and K-5 Plus, a state-funded summer program that extends the school year by 25 days, as proven solutions. Last school year, 17.6 percent of students in the district tested proficient in math, while 31 percent were proficient in reading. Both those numbers are about 2 percentage points below the state average, but García has much loftier goals than that.

“Our aspirational goal is for 60 percent of our students to meet or exceed the standards for reading and math,” García said. “We have a ways to go, and it’s going to take collaborative effort from all of us together.”

In order to improve student performance we need to address systemic socio-political issues. I noticed an undisciplined environment when I visited the local high school last year. A mandatory school uniform may improve the level of concentration at school. The school library at Santa Fe high school does not have a comprehensive collection of books, for example, the Loeb series from Harvard University Press. Without a serious library, or a serious environment, the students are in a vocational training mill instead of a serious traditional academic environment.

Do you have funding to pay for that "Mandatory School Uniform?" Otherwise students need to pay for a uniform for school and required clothing.

I wonder how parents of students receiving services from those specialized teachers are going to feel? They were told their child would receive one on one instruction to help them with their reading and writing. Isn't one of their main duties is to work with those students who need that extra help? If the superintendent is moving them out of their position and into a regular classroom students will be losing services. At least that's my thought because there is no possible way to be a regular classroom teacher AND continue to provide specialized services. Whatever the case, students are short-changed again.

We need to fire Garcia. She's had many years to get results, and all we ever get is alibis and blaming others for her failures. Fire that lady.

While I welcome a higher salary, which will indeed help retain and attract teachers, one of the root issues is the lack of emphasis on education in many homes. Primarily, literacy. I took an informal poll of my English Language Arts students and, at least 80% were not read to when they were young. As we know from the many studies already done, children not read to are at a huge disadvantage before even stepping into the classroom. The emphasis on teachers, while important, cannot take away from the role parents/caregivers play in children's early education or lack thereof.

So it can be deduced that increasing teacher pay has not attracted enough new teachers to resolve this crisis? Perhaps it will take a bit more time?