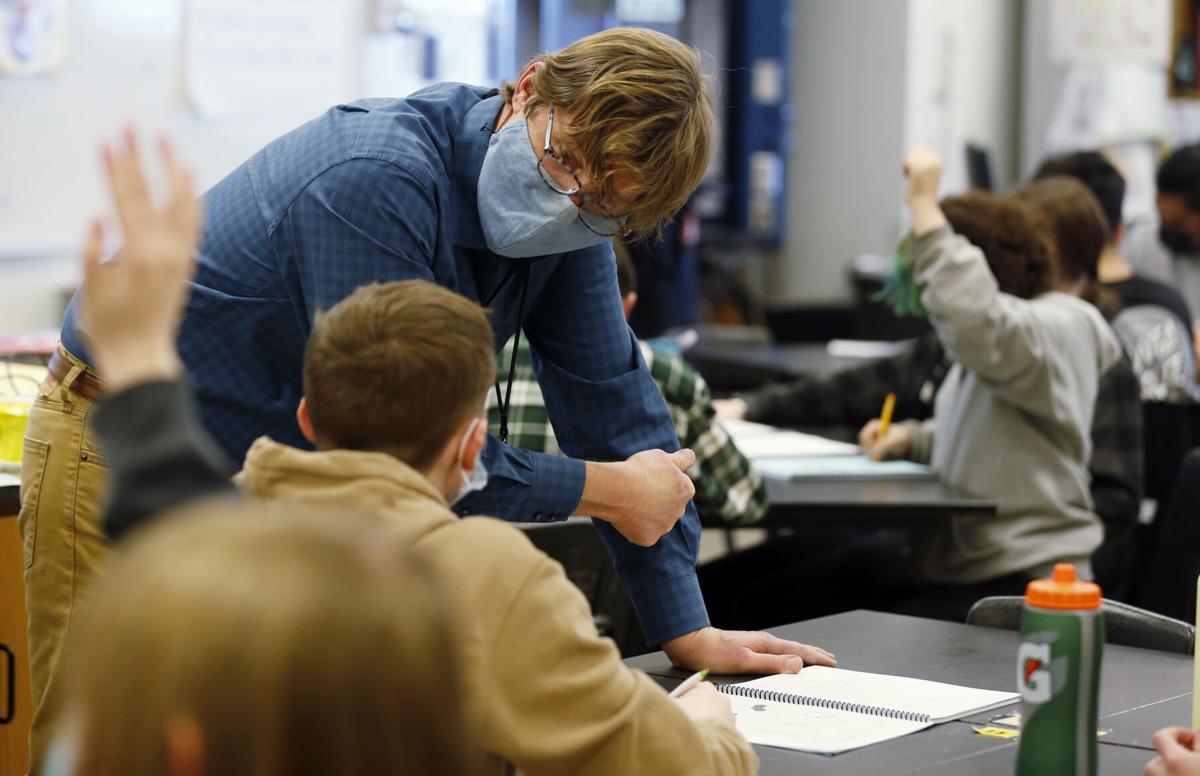 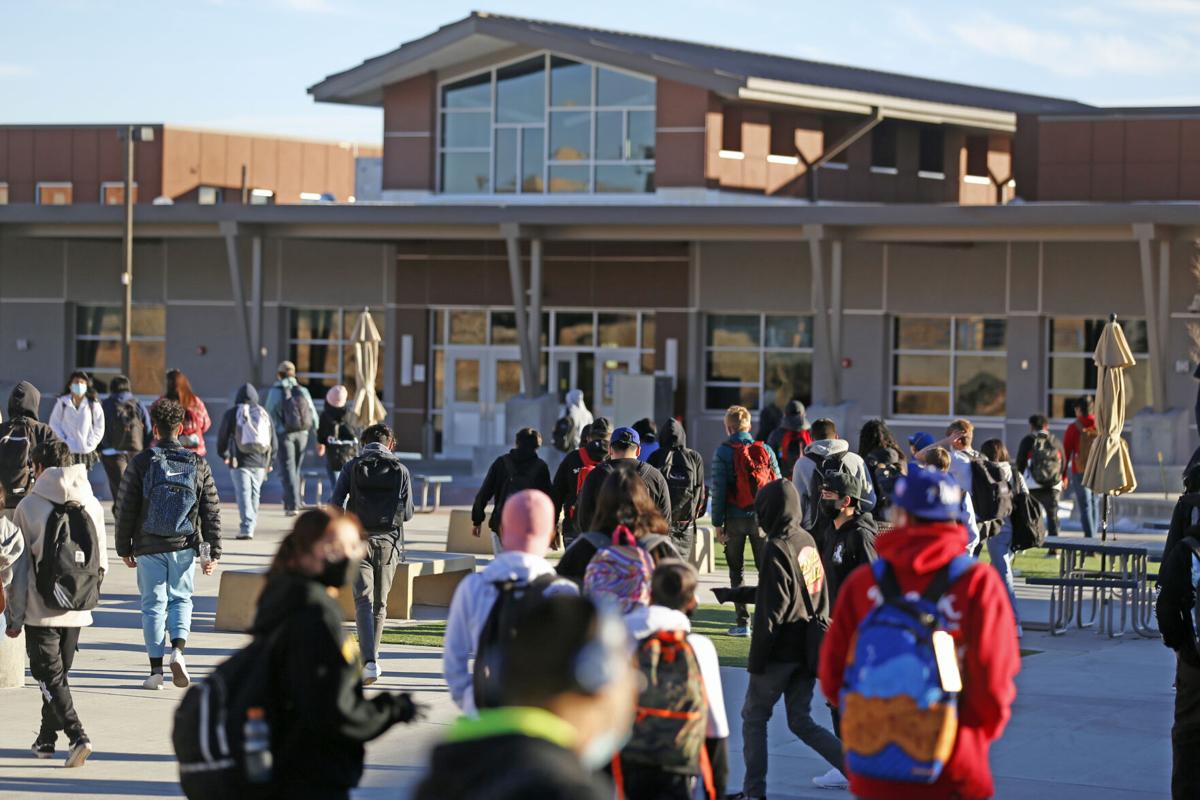 Students will continue learning in person through Friday and will begin logging in to classes online Tuesday, following the closure Monday in observance of Martin Luther King Jr. Day. They are scheduled to return to campuses Jan. 24 “if conditions improve,” Chavez said in a news release.

The announcement came after the district reported an all-time high of 361 total COVID-19 cases last week among students and staff, as Santa Fe County and New Mexico also saw numbers rise to levels unseen previously during the pandemic.

“Cases could rise to 600 this week and we have seen increased spread in classrooms,” Chavez said in the release.

Concerns about the district having too few teachers, bus drivers, custodial staff and nutrition workers to “ensure the safe operations of schools” drove the decision to go remote as many employees remain quarantined after being diagnosed with the virus, Chavez added.

The decision also came a day after the local teachers union urged district officials to shift to a four-day week on campus, with Fridays reserved for “asynchronous” online learning, without real-time instruction.

Grace Mayer, president of the National Education Association of Santa Fe, said the change to remote learning will help alleviate some of the conditions that prompted the union to make the request Monday, such as high teacher vacancies and low substitute teacher availability to fill gaps in teacher absences.

Chavez said in an interview Tuesday the district’s ability to return to campuses after a temporary period of remote learning will heavily depend on the availability of COVID-19 tests.

“I think that first and foremost, is providing that safety and that security of knowing that we have the testing supplies needed to provide a safe testing environment for staff and students,” he said.

The district’s Test to Stay program, which allows unvaccinated students and staff to remain on campus after coming in close contact with an infected person by getting tested regularly, relies on rapid PCR tests supplied by Premier Medical Group. Chavez did not provide the number of participants in the program but said the number fluctuates based on virus exposures.

The district’s testing levels likely will start increasing Monday, when staff members who have not yet received a COVID-19 booster shot will have to undergo regular testing as well.

In a memo the New Mexico Public Education Department sent Tuesday night to district superintendents and charter school directors, the agency acknowledged testing supplies are limited — including for the free Vault Health home tests, which are being rationed amid the rise in cases brought on by the more highly contagious omicron variant.

The state will provide rapid antigen tests to districts to keep testing programs operating, the Public Education Department said, adding the state has a “sufficient” supply of those.

But the antigen tests tend to be less reliable than the PCR, or polymerase chain reaction, tests.

“Despite the additional staff, absences due to COVID-19 infections are causing interruptions in testing schedules,” the memo said. “To address this, PMG is moving staff from other company operations to support current testing.”

Chavez said testing for Santa Fe Public Schools will remain available this week outside Aspen Community Magnet School on La Madera Street. More testing will be available next week for school staff, students and their families at the State Auditor’s Office, 2540 Camino Edward Ortiz, from 10 a.m. to 3 p.m. Monday, Wednesday and Friday.

District administrators also will be reaching out to families who might need Wi-Fi hot spots to participate in remote learning, Chavez said.

The district announced Tuesday it will soon begin publicly reporting total numbers of COVID-19 cases among students and staff, including those that were not infectious while on campus, though it did not provide a timeline for when it will start publishing the additional data.

Currently, the district’s online database for COVID-19 cases only reports infections that were contagious while a student or staff member was on school grounds. On Tuesday evening, it listed 96 cases since classes resumed after the winter break: 27 staff members, 67 students and two contractors.

Because most students and staff are familiar with the district’s online education platforms, the transition to remote learning should be easier next week than when the district first launched the model in 2020, Mayer said.

“Hopefully those new educators are confident they can manage it,” she said. “There’s a learning curve for everybody. … But I’m sure we’re up for it and can figure it out.”

Chavez said some schooling next week may be asynchronous, allowing more flexibility for students and staff. Mayer agreed, noting even in a remote setting some teachers won’t be able to work because they’re ill.

“There’s going to be schools that have a flexible schedule where there will be some asynchronous work going on, because it’s inevitable,” Mayer said. “We’ve talked about educators maybe taking on additional online students and maybe being compensated appropriately for that work.”

Pecos Independent Schools informed parents Monday about a shift to remote learning through Jan. 24, a district employee confirmed Tuesday. Superintendent Debra Sena-Holton did not respond to request for comment on the decision.

Yes the situation is so dire they can wait 3 days to go remote for 3 days.

Yes exactly, Robert. The situation is so dire that SFPS can only hold on for three more days before being completely unable to operate due to the number of staff members being out.

Maybe they should change the standard of what requires a staff member to be “out”….then they’d have more staff members “in.”🧐

Margaret, what exactly are you proposing? The best ideas are born from respectful discussion.

having a positive covid test isn't enough for you?

If it is so dire then they should be closing and going remote now. And it’s interesting that there are so many teachers “out” yet no reporting of it being covid related. Huh….

So Dr. Kowalski, when are you submitting your list of approved reasons for absence? I'm sure the dept of education is just collating the dr's notes for your review right now [smile]

Disappointing news. I understand if they do not have enough staff why they are going remote, but for those of us with a fully-vaccinated student and both parents who have to work, with no child care available, this is a big hardship.

It's understandable, however YOUR kids are YOUR responsibility, not the public schools.

Thank you for saying that Nancy. It is so true!