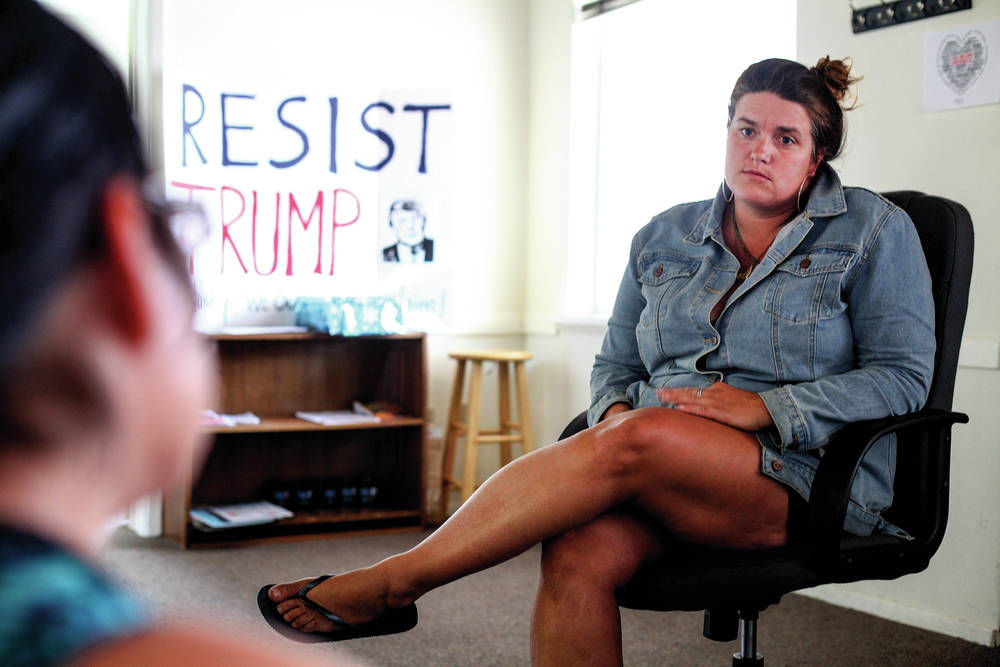 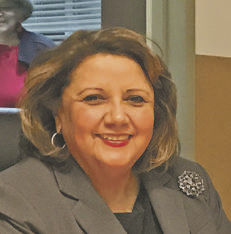 The Santa Fe school board voted last week to join a campaign by immigrant rights advocates to try to persuade a state retirement fund to divest from private prison operators.

“My clients are being tortured inside of these places,” immigration attorney Allegra Love told school board members Tuesday, speaking of privately operated prisons in the state where federal agencies hold immigrants — including many seeking asylum, who have not committed a crime.

“They drink from the same water that they flush toilets with,” Love said. “They’re sick. Two women I’ve known have died in the last two years in these prisons in New Mexico.

“The [New Mexico Educational] Retirement Board has an opportunity to be a leader here,” she continued in her plea to the school board. “This is a small chance to be on the right side of something and use the money that we would invest in these prisons to invest in things that are not suffering and torture and death.”

School board members voted unanimously to allow Superintendent Veronica García to send a letter to the Educational Retirement Board requesting divestment from private prison giants CoreCivic and Geo Group.

But is a pension fund for the state’s public school teachers, community college employees and university faculty the right place to take a stand against an industry’s practices?

Jan Goodwin, executive director of the Educational Retirement Board, argued the move could significantly alter how the board invests its assets and might put teachers’ retirement funds at risk.

Love, executive director of the Santa Fe Dreamers Project, and advocates with the Santa Fe Faith Network for Immigrant Justice counter that concern in their divestment campaign, noting the seven largest banks in the nation as well as educator pension funds in New York City, Chicago and the state of California already have divested from the private prison industry.

García, who supports the divestment campaign, made another point: “As educators, those are our resources that go into that retirement fund, and I believe that we have a right to say where we want our money invested,” she told the Santa Fe school board Tuesday.

“Private prisons really are an atrocity and structured to put more people in prison,” García said. “They impact our families in a very real way. It adds to the trauma and impacts learning.”

While Goodwin said Santa Fe Public Schools is the only district in the state that has made a request to divest from private prison operators, New Mexico’s chapters of the National Education Association and the American Federation of Teachers support the initiative.

The Educational Retirement Board invests $298 million of its $13 billion fund in the Standard & Poor’s 400 Index, which includes CoreCivic and Geo Group, Goodwin said.

If the board unloads its $1 million in investments with those two companies, she said, its remaining holdings would no longer accurately represent the index.

“If we were to exclude the stocks of these two companies and deviate from the Standard & Poor’s index weights, we would have to manually recalculate the modified index weightings for the other 398 companies every day,” Goodwin said. “This would certainly complicate trading for the index, using more staff resources and increasing the possibility for errors.”

Additionally, she said, divesting from private prisons could open up a larger conversation about the fund’s investments — and how New Mexico funds its public education system. Oil and gas, a controversial industry at a time when the world becomes increasingly concerned about climate change and other environmental issues, is a major player.

According to its 2018 financial report, the Educational Retirement Board holds 390,680 shares in ExxonMobil.

And in fiscal year 2018, the oil and gas industry pumped $2.2 billion into New Mexico’s coffers — nearly a third of the state’s revenues for the year.

“Divestment is a very difficult issue,” Goodwin said. “If you were to divest from these companies because they’re private prisons, then what would we be asked to divest from next? For us, that’s a very slippery slope.”

I think private prisons are an abomination to decency, but if this retirement fund is paid into and managed for the benefit of public school teachers, community college employees and university faculty, they should be the ones voting to divest, not external interested parties.

Jan Goodwin is nuts. The prisons are only 2 nasty companies out of 400. If she can't find 2 replacement companies in the universe of companies out there, she is a pretty poor investment advisor.

NONE OF OUR FUNDS SHOULD BE INVESTED IN PRIVATE PRISONS> THEY ARE AN ETHICAL ABOMINATION. There is NO "Slippery Slope" here. (Such a slope is when one thing AUTOMATICALLY leads to another. Obviously, this is not what is happening here!

Once again the socialists who run the schools are attempting to distract people from the poor quality of the schools under their direction. They have enough time to promote left wing/socialist agendas while the schools continue to decline and degrade under their lack of direction and incompetence. Their priorities show why the should all be removed, so the children can have a fair chance of success.

What a great idea!

When I read that sentence, I had the same thought. I just changed the filter on the inbound well water line today and open up a faucet and flushed a few toilets to relieve the pressure before changing the filter.