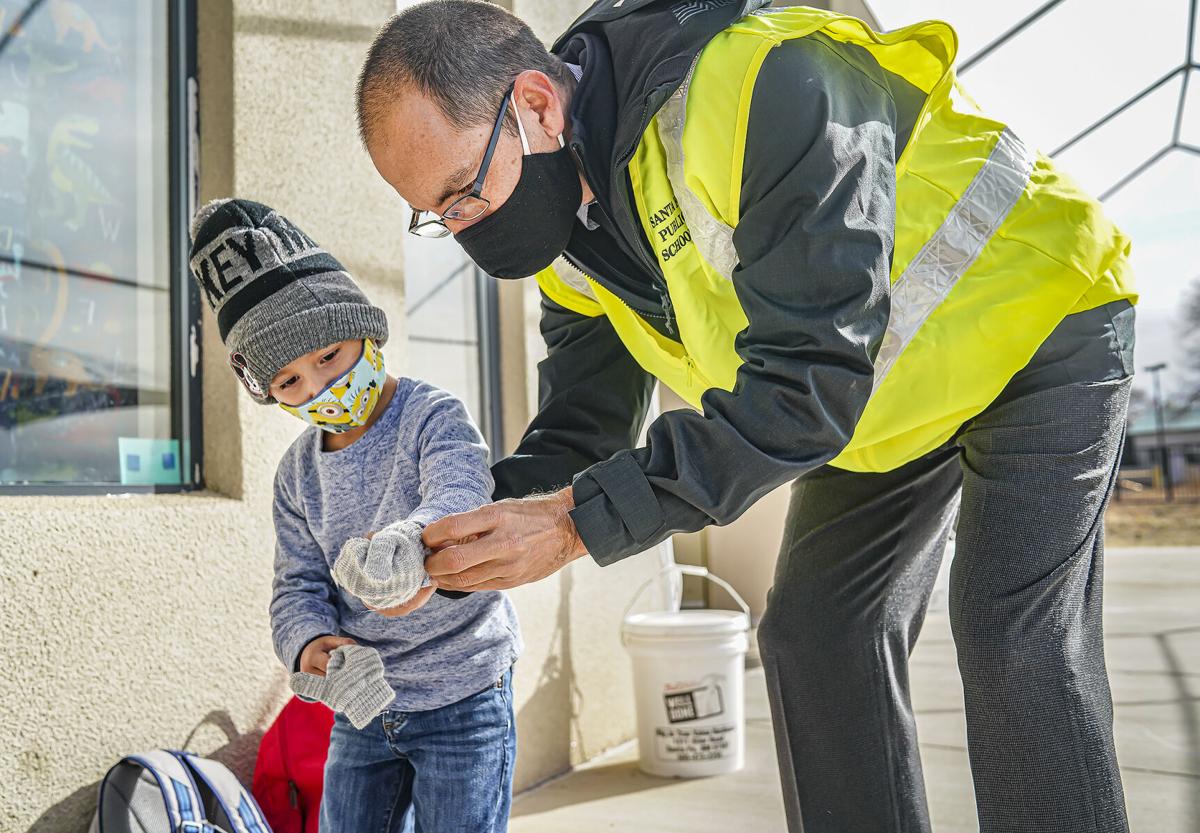 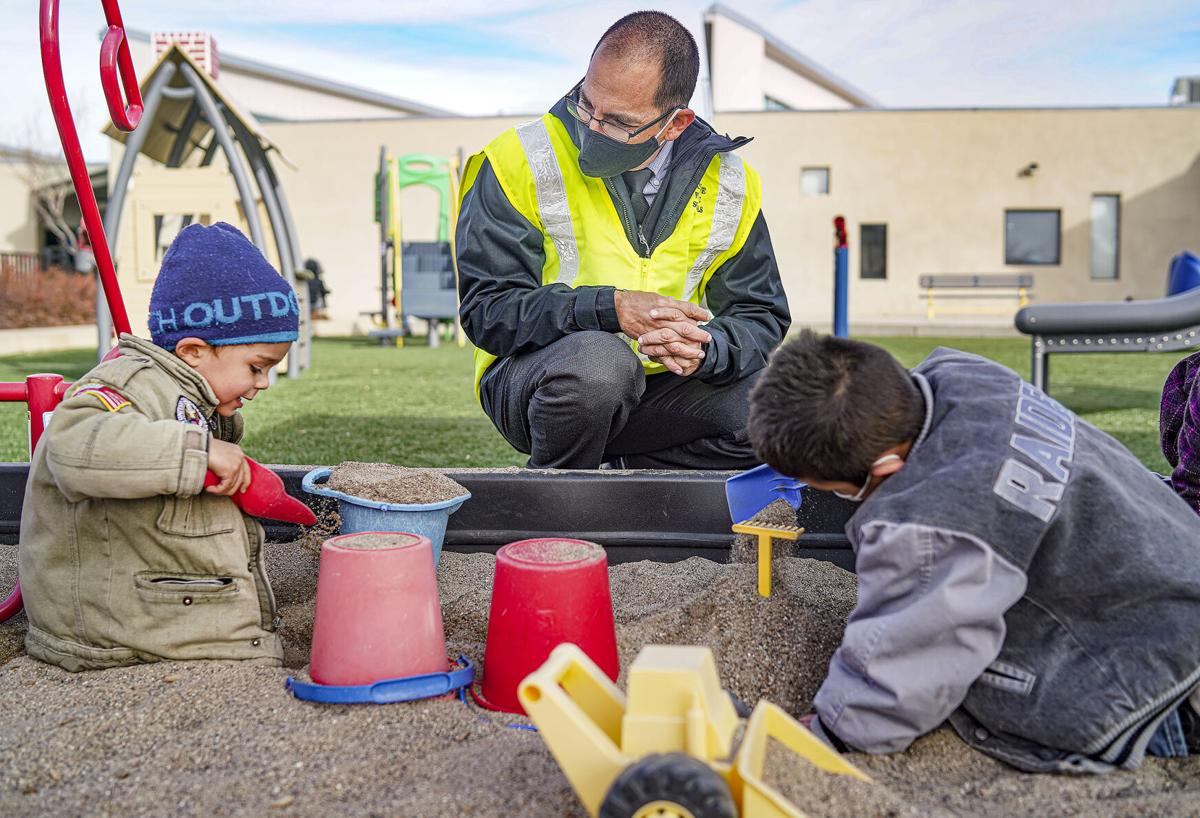 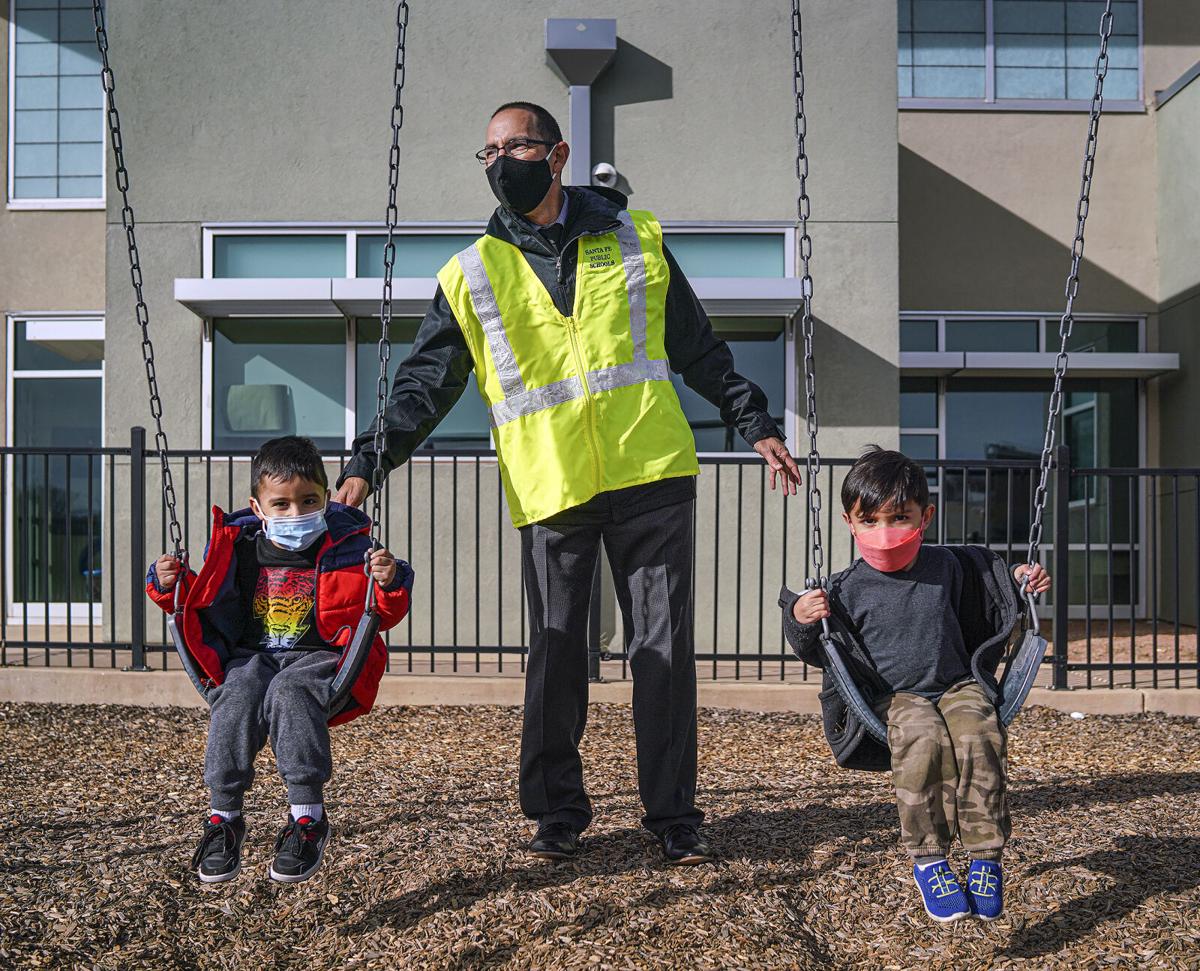 Superintendent Hilario “Larry” Chavez has held the top job at Santa Fe Public Schools for only five months, but he could be about halfway through his tenure if the school board doesn’t renew his one-year contract.

Santa Fe school board President Kate Noble declined to discuss Chavez’s performance and the outlook for a contract renewal ahead of an evaluation planned for early 2022, which will occur behind closed doors in executive session. In a recent interview, however, she described him as a “level-headed” leader who is receptive to the concerns of parents and school workers alike.

During his short time in the position, Chavez has led the district through tough challenges: a COVID-19 surge that has affected local classrooms, steeply declining enrollment, teacher and staff vacancies that have hit a crisis level and, he said, a rise in student behavior problems.

He maintains, as he did when he took office July 1, he sees the superintendent position as a landing spot and not a “steppingstone.”

“I want to be the leader of Santa Fe Public Schools for as long as I can,” he said.

Board members will choose their officers in January, when terms for newly elected members begin. Noble said whoever is named board president will determine when to start conversations about the superintendent’s contract — and she hopes that happens sooner rather than later.

“I’m happy to say that my hope is that we do it in January,” she said.

The outcome of Chavez’s first evaluation likely will indicate whether the board intends to keep him in the position.

But is six months on the job enough time for board members to determine whether he should stay?

There really isn’t another choice, said Noble, who has defended the board’s decision to hire Chavez on a one-year contract because of his lack of experience as superintendent and uncertainty caused by the pandemic.

“To be talking about an evaluation after five months — who among us would want that?” Noble said. “But this is the schedule we have with our schools. Again, as I think through all the possible scenarios, every single one of them benefits from us evaluating and discussing the superintendent contract sooner than later.”

Chavez — previously the district’s associate superintendent of athletics, activities and school support, and a former special-education administrator — was hired following the retirement of Veronica García, who served for five years in her second stint in the job. He said he hasn’t thought much about the board’s discussions on his contract. He has instead focused on running the district amid unprecedented challenges.

One of the district’s biggest predicaments is its 50 teacher vacancies — more than it had before the start of the school year — and over 100 other unfilled positions.

The district has advertised openings and offered signing bonuses, and it listed higher pay as one of its top legislative priorities for the 2022 regular session. But teachers are still leaving, and not enough educators are stepping in to take their places.

The problem persists across the state. A study from New Mexico State University showed more than 1,000 teacher vacancies in September.

With staff spread thin, some of Chavez’s initial goals have been delayed.

Administrators had planned to review the district’s 2018-23 strategic plan, which sets goals for academic proficiency rates and graduation rates, but no changes have been made.

“We felt that the strategic plan can come later,” Chavez said.

He still hopes to see Santa Fe Public Schools hold the highest graduation rate of all large districts in the state. In 2020, a record-high 86 percent of Santa Fe seniors got a diploma, a rate bested by Rio Rancho Public Schools’ 88 percent.

The superintendent and his staff also have delayed the deadline for schools to transition to standards-based grading, an initiative that eliminates traditional letter grades, which had been planned for the next school year. Schools prepared to make the change will do so in fall 2022, Chavez said.

“Because of the pandemic, because of teacher fatigue, we’ve decided to roll back a little bit,” he said. “Those schools that need a little more assistance, a little more technical support, we’ll wait another year.”

With a loss of more than 600 students in the first year of the pandemic, enrollment levels remain a concern for Chavez. Recently released student numbers from a count on the 40th day of this school year show the potential for even heavier enrollment losses — which would mean far fewer state funds to operate schools.

District spokesman Cody Dynarski said enrollment figures are difficult to compare directly from year to year because of differences in the programs district analysts include in each count and the way the numbers are calculated.

Still, it is clear a yearslong trend of declining enrollment at Santa Fe Public Schools has been accelerated by the pandemic.

Chavez noted an increase in enrollment at Desert Sage Academy, the district’s online option. It gained 271 students since the end of last year, according to the recently released 40-day numbers.

He and other administrators have tried raise awareness of the range of options for students at Santa Fe Public Schools in an effort to draw kids back.

Voters’ recent passage of a new $100 million bond is a “shot in the arm” when it comes to revamping facilities — and, therefore, attracting students to them, he said. Some of the biggest upcoming renovation projects are for two alternative high schools: Mandela International Magnet School and Early College Opportunities, where enrollment has stayed relatively steady since last year.

When asked to speak about his greatest accomplishments so far, Chavez said, “That’s hard for me to answer. I’m my own worst critic.”

He and his family still live in Rio Rancho, he said, but he’s also renting a place in Santa Fe to avoid the commute on early mornings and after particularly long school days. There have been many.

“There’s no such thing as a workweek,” Chavez said. “… The job doesn’t end. I knew when I walked into the position that it doesn’t end, and it doesn’t have specific time frames around it.”

It is perhaps no wonder Chavez hasn’t thought much about his looming evaluation by the board or the future of his contract.

“The first five months, almost six months, have gone by really quickly,” he said. “There’s no time to focus on what we can’t control.”

Time for new blood, after 5 years of Veronica's blunders and great PR. She "succeeded" while the schools failed. Needed also, a new School Board, that doesn't just drink the KoolAid.

Just because he has no experience as a Super doesn’t necessarily mean anything. So far he has kept the ship a float. It’s better than hiring a carpet bagger from NY who will last a couple of years and then take the money and run.

Offering a note of support for Superintendent Chavez. Every position in education is incredibly difficult under normal circumstances but this year may have no precedent. To step in with a steady hand and push his staff out into schools to support shows that his instincts are good. For the sake of the students in Santa Fe, I hope that the board renews him.