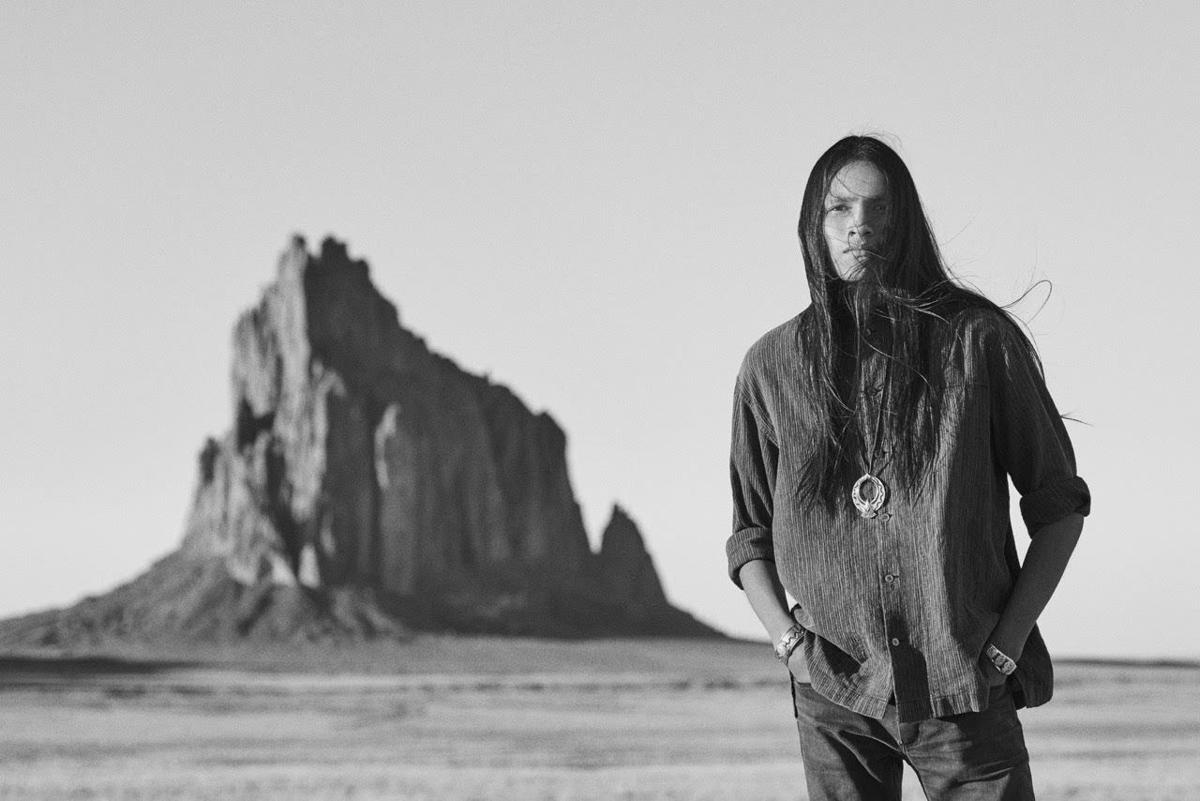 Henry Natonabah in front of Shiprock on the Navajo Nation. 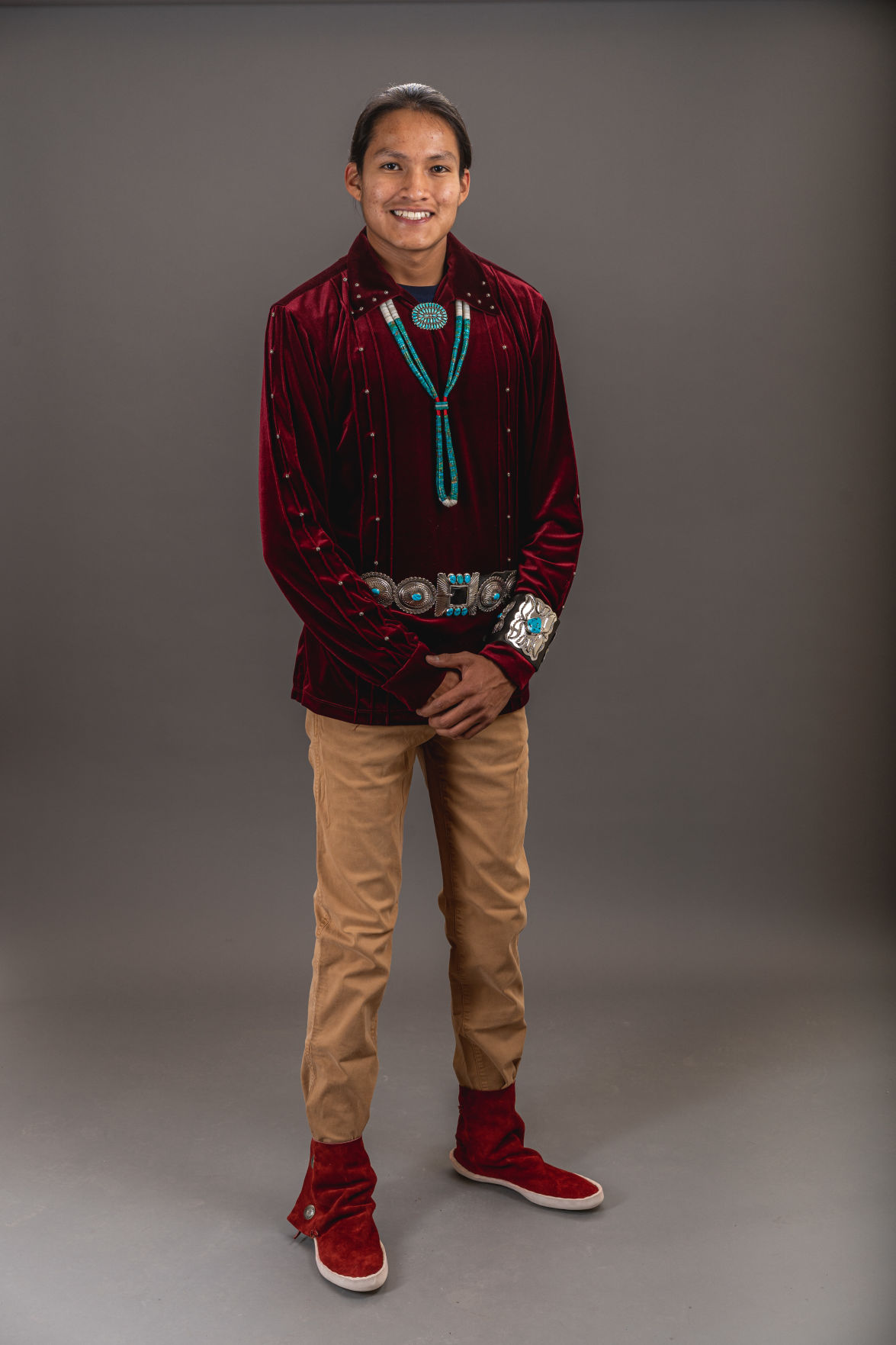 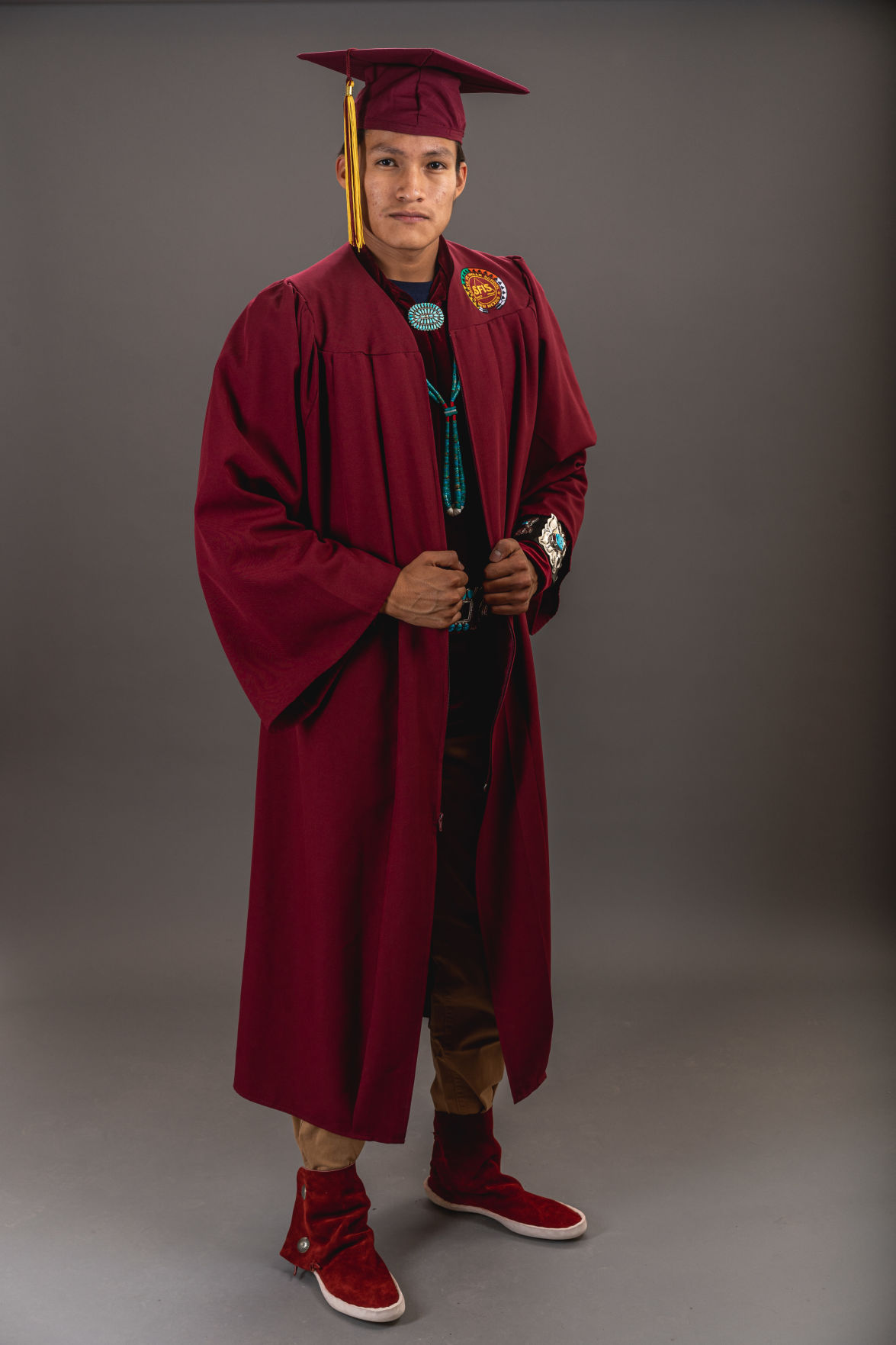 Henry Natonabah in front of Shiprock on the Navajo Nation.

As a 4-year-old boy playing outside his grandparents’ home, he would follow the sounds of kids playing at recess to nearby Naschitti Elementary School; he even gained entry to class a few times before the school sent a letter to his home.

“A babysitter thought he was just playing outside with other kids. He would always come back,” his mother, Isabelle Natonabah, said. “I didn’t find out until he got caught.”

By middle school, Henry Natonabah was persistent when it came to attendance, waking up at 5:30 a.m. to reach a bus stop that was 10 minutes away if he walked but just three if he ran.

His destination was St. Michael Indian School, nearly two hours away across the Arizona line.

“I was pretty good about waking up without an alarm clock. I did miss the bus sometimes, though,” Natonabah said. “Then I hitchhiked.”

Sometime this week, the Santa Fe Indian School graduate’s diploma will arrive in the mail. In the fall — or as soon as the public health risks from COVID-19 ease enough to allow it — he will head to Northeastern University in Boston, where he plans to begin working toward a medical career. He wants to be a doctor or a nurse.

Natonabah, who grew up without running water or electricity while helping relatives raise livestock in the foothills outside Naschitti, is hoping to be the first in his family to earn a college degree.

The change in scenery from the Navajo Nation to a major East Coast city will be stark, but his mother said he’s ready.

“He’s been very responsible ever since he first took it upon himself to get into elementary school,” said Isabelle Natonabah, a single mother. “He’s proven to be very independent wherever he goes.”

Henry Natonabah participated in Santa Fe Indian School’s three-year Medical Careers Academy, which helps Native students understand the health care needs in their own communities and envision a future in a medical profession.

He and other new graduates have logged about 125 clinical hours drawing blood to earn their phlebotomy certifications and working as nurse aides at Christus St. Vincent Regional Medical Center.

“Every year, I see kids make a pretty powerful realization that Native Americans face a lot of health disparities,” John said. “It really quickly becomes a great concern to them because the statistics, they’ve lived them. They see parents and grandparents and aunties and uncles suffer from these diseases or addiction issues.”

Natonabah said he’s interested in first studying nursing at Northeastern, which offered him a full scholarship through its Torch Scholars Program, an initiative focused on first-generation college students. Later, he’ll decide if he wants to pursue medical school.

He’s visited Northeastern once, he said, where fellow Santa Fe Indian School graduate Alec Lee, a close friend of his, is a rising junior.

Lee said the two met in high school when Natonabah chose the football locker next to his.

“It’s a special opportunity because not many Native students get to experience life away from the reservation,” Lee said. “I think something both me and Henry understand is a lot of the problems for Native youth, like substance abuse, are because they have no role models to look up to. That’s a big reason I think both of us want to leave for college and then come back.”

Lee said he is studying to become a clinical psychologist and hopes to work with youth on mental and behavioral health issues.

Natonabah said the pandemic, and its effect on the Navajo Nation, has assured him he’s leaning toward the correct career path.

“The effects of COVID on my reservation and on my people makes me more motivated to go to school and go into a medical field,” he said. “I’d rather be helping my people as soon as possible, and that’s what this route will provide.”

Last week, the Navajo Nation surpassed New York for having the highest infection rate per capita in the U.S.

“We have some relatives on both my mom and my dad’s side who we lost to the pandemic,” she said. “Last week, my younger brother’s children tested positive.”

Henry Natonabah said his grandparents speak only Diné. Before leaving for college, he plans to take the time to honor his tribe’s traditions, such as introducing himself by the names of family clans.

His mother said she left the Navajo Nation to live in Albuquerque when she was around her son’s age.

“My parents used to say, ‘When you come home back to the reservation, all that nail polish and all that makeup comes off, and you step back into your tradition life like you never left,’ ” Isabelle Natonabah said.

“He can learn as much as he wants in Boston,” she added, “but the traditional lifestyle will always still be here. Learn as much as you can and take only the good stuff, and bring that back.”

Henry Natonabah said he plans to bring back a degree that certifies his ability to help fight the health disparities in his community.

“My ultimate goal is to gain all I can from school and try to bring it back to my community.”

This story is part of a series showcasing Santa Fe-area high school graduates.

Most excellent Henry. Do not get sidetracked.

This is a truly inspirational story! Congratulations to Henry for his outstanding strength and perseverance! What a blessing he is to others as an example of persistence and belief in values of education and community service!!