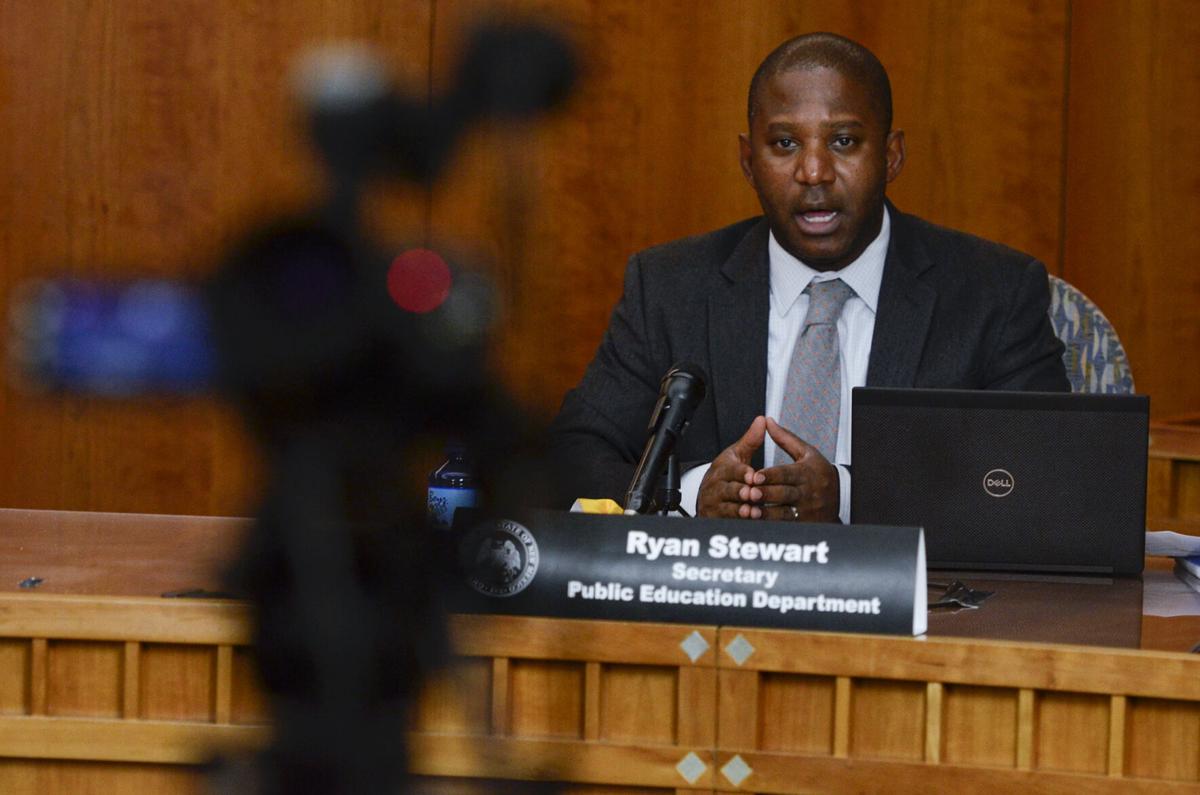 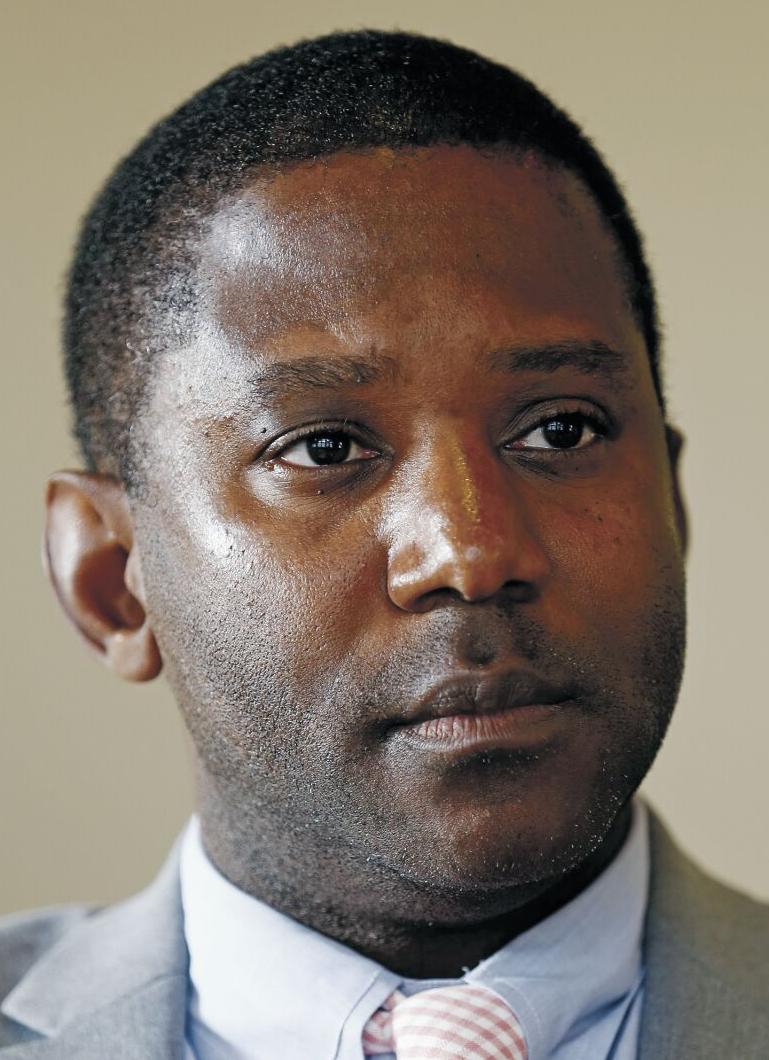 When Ryan Stewart talks about the family income index, the common phrase he hears from legislators and educators is “intriguing.”

That curiosity stems from the new funding concept Stewart, the state’s Public Education Department secretary, unveiled this month as a means of addressing some of the inequity faced by at-risk and low-income students in their educational endeavors.

It also comes from the uncertainty of what will become of it when next month’s legislative session begins.

Regardless, Stewart has their attention.

“A number of [legislators] are intrigued by the idea, that they like it,” Stewart said. “So, I think throughout the session, we will be doing a lot more to talk about it and why we think it is important and what it would mean.”

The family income index is the basis for Stewart’s plan to use $56 million from the department’s Public Education Reform Fund for a range of services for families over a two-year period. It is just a small part of the department’s $3.3 billion budget and will not take the place of other funding formulas like the State Equalization Guarantee, which funds the majority of school districts’ budgets.

The intent of the index, Stewart said, is to target funding for specific schools that have a disproportionate number of students from low-income families, and potentially become a more permanent part of the funding process. It’s why the index has captured the attention of educational and legislative leaders.

“Conceptually, it makes good sense,” said Veronica García, superintendent of Santa Fe Public Schools. “It is very similar to how federal funds [for other educational-based programs] are based on family income.’”

Rep. G. Andrés Romero, an Albuquerque Democrat who chairs the House Education Committee, said the index would give the Legislature a more direct path to assist schools and students who need the most help.

“I certainly agree with what it’s trying to address, in being targeted at students and communities that need these wraparound services,” Romero said. “It’s just making sure we get the policy right and that it’s distinct and serving the role it should.”

Stewart said the index also begins to address some of the issues highlighted in the landmark Yazzie/Martinez education funding lawsuit, in which a state district judge ruled New Mexico has denied Native Americans, low-income children, special education students and English-language learners their constitutional right to an education.

“We have a 100 percent moral obligation to meet our Yazzie/Martinez students,” Stewart said. “Of course, the legal obligation is still there and the court has maintained jurisdiction over it, and it could, if it does not feel that we are committed to it and we’re aren’t making progress, to assert additional conditions or authorities over it.”

The index proposed by Stewart identifies students based on their families’ income level, which is derived from data provided by the state Taxation and Revenue Department and the U.S. Census Bureau. It then breaks them down into various income categories, ranging from “above-average” to “very low” and “extremely low” levels established by the National School Lunch Program.

Stewart said students in the very low and extremely low categories come from families with incomes up to 130 percent of the lunch program’s poverty level distinction.

The education department then sets the index by connecting those breakdowns to individual schools to determine what percentage of students fall in the lowest income levels. The education department’s budget request to the Legislative Finance Committee earlier this month stated the index identified more than 87,000 students statewide who meet those categories, out of more than 300,000 enrolled in public schools.

Stewart said the index is a more nuanced approach because it would give individual schools the ability to determine their needs.

“I’m just making these numbers up off the top of my head, but if you’re a family of five making $15,000 per year or a family of two making $24,000 a year, those are very different circumstances,” Stewart said. “So, if you’re a school that serves primarily students of families that are in the [extremely-low income group], you might have very different needs than a school that serves the quote-unquote middle class of an economically disadvantaged scale.”

Questions remain, however, about implementation. Specifically, how would the money from the index get sent directly to affected schools and students, and would the index be used after 2023? Stewart said legislators will determine how the funding would flow, but he foresees those schools using it for before- and after-school funding, extending learning time and helping provide families with wraparound services including health care, clothing, food aid and social workers.

Romero said it would be important to see the index remain if the extra funding proved to be fruitful for schools and students.

“I think if they are moving in that direction, it is incumbent upon us that we make sure the finances are there and stable, and make this a regular part of education so it’s something schools and school districts can rely upon,” Romero said.

But while Stewart is championing the family income index as a step toward addressing some of the requirements in the Yazzie/Martinez lawsuit, some legislators feel it is merely window dressing designed to distract the public from the bigger picture. Rep. Derrick Lente, D-Sandia Pueblo, said he felt the education department’s overall strategic plan was weak and again failed to truly address the lawsuit.

Lente said he told education department officials “they are once again nickel-and-diming” an approach to make real progress.

“The court gave them the leeway to make some changes happen,” he said. “In my mind, they have yet to truly do those bold moves to make that type of headway.”

He added the coronavirus pandemic highlighted the technology gap in the state, especially in rural areas. Getting involved in pilot programs involving satellite internet might be a way to quickly resolve those issues and get students connected to their remote classrooms.

“There are a lot of possibilities out there,” Lente said. “It’s a matter of funding things that need to be funded. Let’s not do things for show.”

money is not the answer we need to up the requirements of the system and hold it accountable..

NMPED Sec. Stewart's proposal is barely dipping a toe in the water while Rep. D. Lente's critique is less than an alternative solution as it appears in this report. The real solution to this issue is creating a home environment that is stable so that children can come to school ready to learn instead of concerned about their next meal or whether or not they are sleeping in the truck or a friendly neighbor's house or wandering the streets until they can enter the friendly confines of a public school building. Fix that issue and yo can fix a lot of, if not most, education issues. Loved and secure children come to school to learn, insecure children come to school to be loved.

Public school funding is a bottomless pit. No matter how much it is never enough. Worse, it never makes a difference.

Investing in students and their future is the responsibility of the State of NM (it's in the state constitution) and the country. 90 % of all children attend Public Schools in the US . That is over 40 MILLION children. Everyone of them deserve the most qualified educators we can find to teach them. The best facility that we can provide to educate them in and the most money we can allocate and resources we can purchase to give them, including technology and free internet service. Public schools have been under funded for decades and yet despite this reality the high school graduation rate has steadily increased nationally to the highest levels ever, 85 %. Yes, the money is NOT enough and needs to be increased. You are wrong Mr. DiFiore EDUCATORS and all those who work in PUBLIC SCHOOLS make a HUGE difference in the lives of our students and are committed to improving their lives, providing them with a future . Public Education is the backbone of our democracy. Please stop commenting on issues and concerns in a NM newspaper when you do not reside in our state but rather in Florida. Don't they have newspapers in your state you can comment in?

You're incorrect about two things in your posting; the state of public education and my residence.

My numbers and data is accurate Mr. DiFiore. If you do not live in Florida what state do you live in?