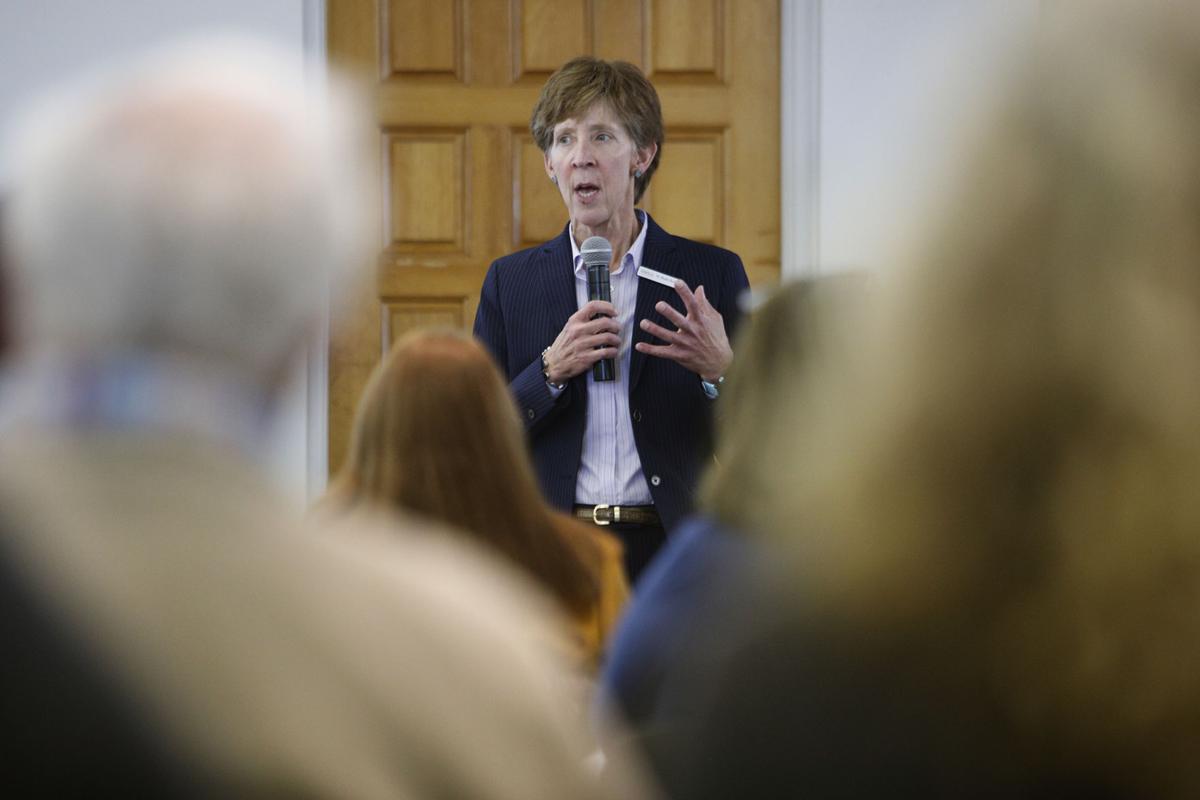 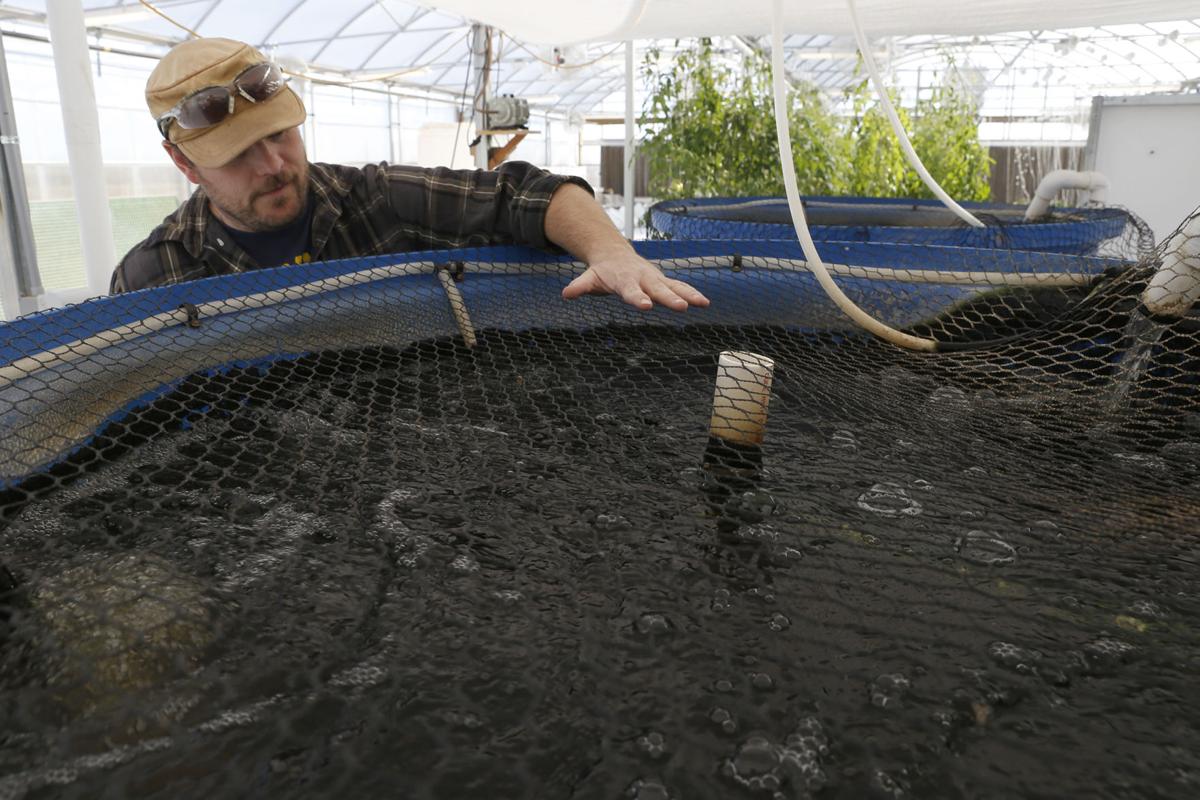 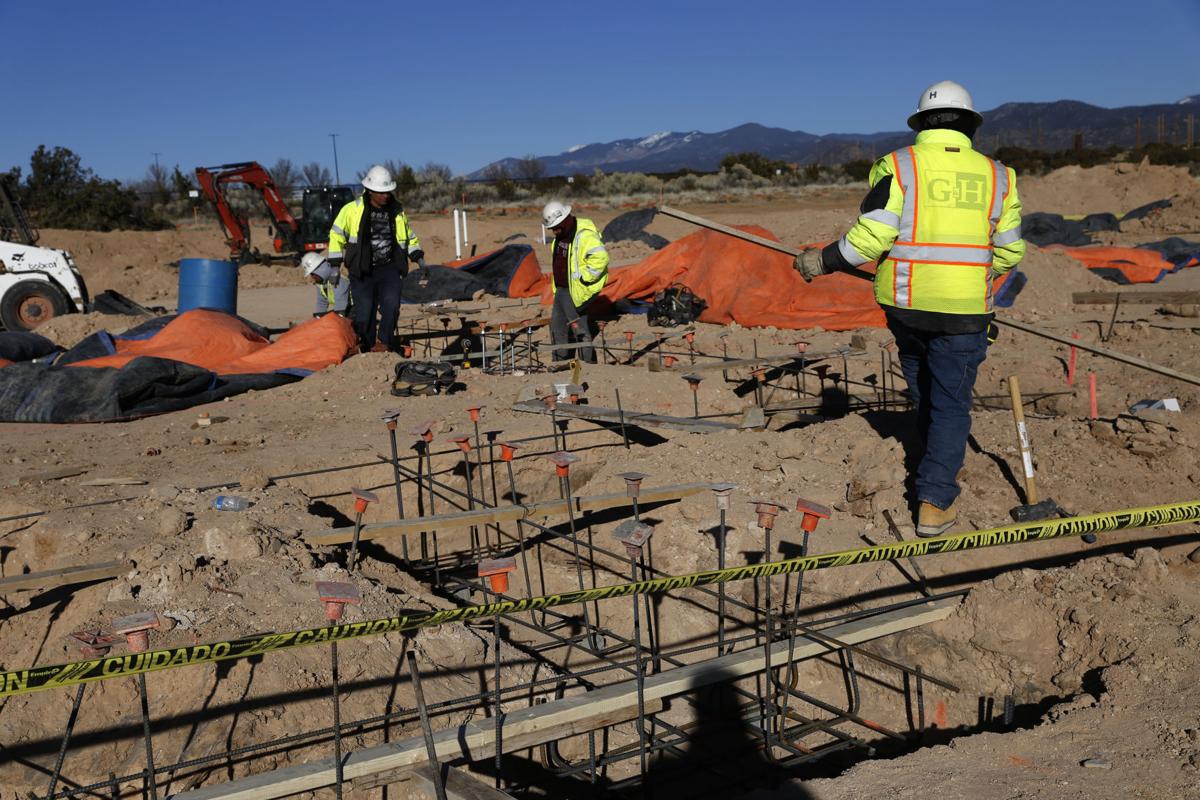 Workers prepare to lay the foundation Monday for the new Automotive Learning Center at the Santa Fe Community College.

Workers prepare to lay the foundation Monday for the new Automotive Learning Center at the Santa Fe Community College.

Some of Santa Fe Community College’s struggles in recent years — a $500,000 settlement over a wrongful termination complaint from former President Ana Guzmán in 2014, followed by a sustained period of budget shortfalls — were known across the state.

“I knew a little bit about the things that happened here over the years with finances and leadership. Everybody in the state knew,” community college President Becky Rowley quipped Monday afternoon, drawing laughter from the crowd of about 150 faculty and staff at her State of the College address. “It wasn’t a secret, let me tell you.”

Its most recent state audit, released in February 2019, found the college had a clean slate, increasing net worth and rising cash reserves.

With some darker days now behind the college, Rowley, who started at SFCC in July, outlined opportunities to focus on increasing enrollment and programs.

The school has increased its certification programs to help prepare students for jobs in demand in local industries like auto mechanics, computer science and health care. And it has developed notable programs in sustainable technologies, such as solar energy, biofuels and aquaponics. Last year, it celebrated the reopening of an improved fitness education center and broke ground on a new Automotive Technology Center.

She also pointed to Gov. Michelle Lujan Grisham’s proposed New Mexico Opportunity Scholarship as an initiative that could both boost enrollment and create academic challenges in coming years.

“What we think is if we get more students from this new scholarship, we’re likely to see a rise in students who might be less prepared for college,” Rowley said in an interview after her address. “So what we’re looking at is making sure we’re ready to provide a full array of services and enhance services for students who in the past were thinking about maybe not going to college but now have the chance.”

Earlier this month, the state Higher Education Department asked for $35 million to fund the Opportunity Scholarship.

Under the proposal for the program, which would cover tuition and fees at the state’s public higher education institutions after other state and federal aid are applied, recipients 23-years-old and younger who attend two-year community colleges would have to enroll in at least 12 credit hours per semester and maintain a 2.5 or greater grade-point average. Adults 24 and over attending community college would have to maintain a 2.0 GPA and enroll in a minimum of six credit hours.

According to Santa Fe Community College data, 82 percent of students were enrolled only part time in the fall 2019 semester.

Student body President Ian Martinez, who graduated from Santa Fe Public Schools’ Early College Opportunity High School in 2018, pointed to another challenge for the community college, which serves a diverse population: growing in a way that evenly increases services for all types of students.

“I love the idea of more online classes to help students who struggle to get to campus,” Martinez said. “We have so many nontraditional students. That’s obvious if you spend a full day here and see campus steadily crowded at all hours of the day.

“With the new scholarship,” Martinez added, “I see the student population growing without many potholes as long as we grow in a way that is accessible to all students, not just the students who came here out of high school or not just adult learners — but everyone.”

Rowley drew praise Monday from Stephen DeGiulio, a professor of teacher education who was elected president of the college’s faculty union in November. DeGuilio said Rowley, who spent 20 years rising from part-time English teacher to president of her hometown Clovis Community College before taking the job in Santa Fe, has brought much-needed stability.

“My reaction to her remarks today is that we have a steady hand on the tiller, and that has been needed for a long time,” DeGiulio said.

“She’s not a CEO of a company. She was a professor herself,” he added. “She understands the educational side. She has shown that so far.”

How does SFCC have “a sustained period of budget shortfalls” when it gets a whopping 3½ percent of property tax revenue?

As for its “improved fitness education center” the improvement consisted of replacing perfectly good flooring and exercise equipment with something newer and fancier.

The lavish campus sits on many acres of valuable real estate with spectacular views — much of it is empty land, including its never-used athletic fields that have been a weedy mess for decades. Why not subdivide it for affordable housing?