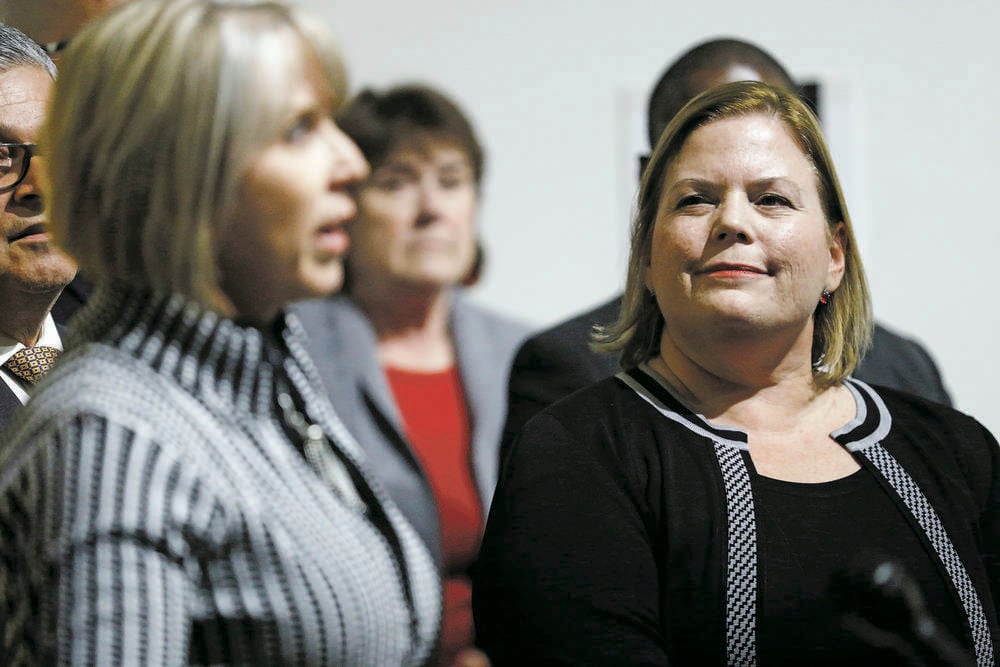 Early Childhood Education and Care Secretary Elizabeth Groginsky, at a news conference in November at the state Capitol, received unanimous confirmation Friday in the state Senate. 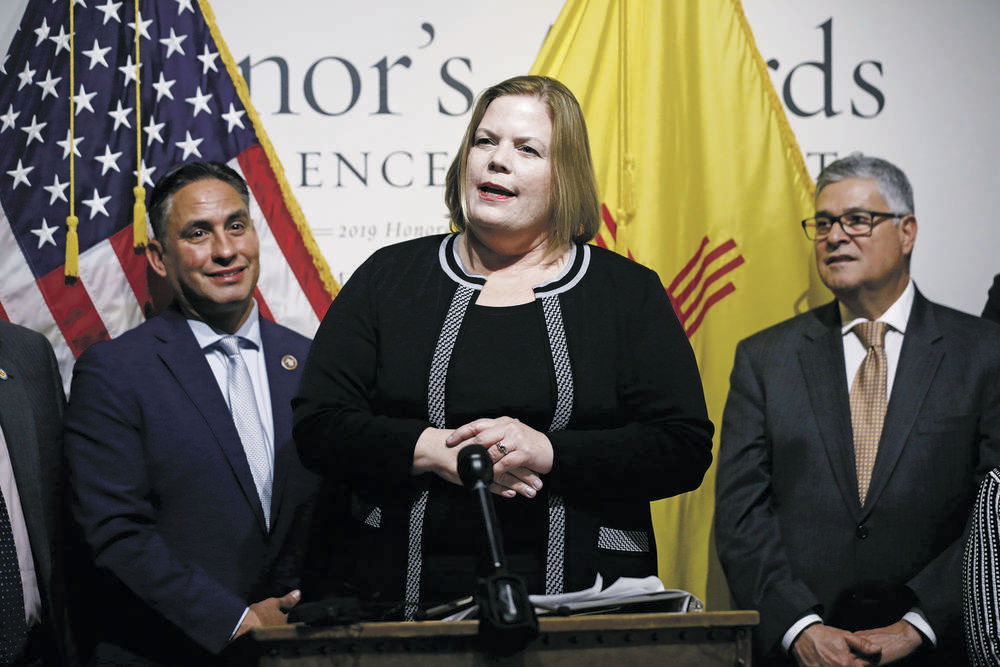 Early Childhood Education and Care Secretary Elizabeth Groginsky, shown during a news conference in November at the state Capitol, was confirmed Friday in a unanimous Senate vote.

Early Childhood Education and Care Secretary Elizabeth Groginsky, at a news conference in November at the state Capitol, received unanimous confirmation Friday in the state Senate.

Early Childhood Education and Care Secretary Elizabeth Groginsky, shown during a news conference in November at the state Capitol, was confirmed Friday in a unanimous Senate vote.

“Elizabeth Groginsky has already earned the respect of the early childhood community in New Mexico — as underscored by the deeply positive testimony we heard in support of her confirmation today,” Gov. Michelle Lujan Grisham announced in a statement after the Senate vote.

Groginsky, 53, is a Colorado native and former Washington, D.C., education official who has spent her career in early childhood services and policy development. She is leading an agency that will consolidate a range of services for children from birth to age 5, as well as prenatal programs.

Her confirmation comes as the governor and Legislature are working to close a gap in proposed spending on the Early Childhood Education and Care Department, which is set to take over services when the new fiscal year begins July 1. While the governor recommended a fiscal year 2021 budget of $440.5 million, the Legislative Finance Committee proposed about $390 million for the agency.

Lawmakers indicated Thursday, however, they were working on a compromise. The governor and lawmakers also are in agreement on a proposed new endowment that would create an annual revenue stream for early childhood services. Identical measures in the House and Senate that call for an initial appropriation of $320 million for the fund have received wide backing and appear set for passage in both chambers.

Groginsky, in her short time in New Mexico, also has drawn broad support.

During a hearing earlier Friday in which the Senate Rules Committee unanimously endorsed Groginsky’s confirmation, members of the public and numerous Cabinet colleagues — some of whom will relinquish oversight of programs to her department — lauded her as an expert, an innovator and a collaborator.

She is “absolutely the right person” to push the state forward when it comes to prekindergarten, home visiting for new parents and other key services, said Brian Blalock, secretary of the Children, Youth and Families Department.

Amber Wallin, deputy director of the nonprofit child welfare policy group New Mexico Voices for Children, said she was impressed with Groginsky not only for her knowledge, experience and data savvy but also for her deep understanding of the state’s issues, respect for the people and passion for children.

Surrounded by a crowd of family members from out of state — including husband Scott Groginsky, who works as a senior adviser on early childhood issues for Colorado Gov. Jared Polis — the new early education secretary told lawmakers she is working to “truly map out our state’s early childhood landscape” and build a stronger pre-K and child care workforce through a partnership with the Higher Education Department.

Elizabeth Groginsky began working full time in child care services in 2003 when she became a county Head Start administrator in Colorado. She went on to analyze the statewide Head Start program and saw how it could help parents transform their lives and secure a stable future for their children, she said Friday.

Groginsky said she has learned the entire nation, not just New Mexico, struggles with a fragmented system of services and limited funding for young children. “It’s a patchwork quilt, and it’s got some holes.”

A state study is underway to determine the true cost of child care in New Mexico, she said, adding she believes wages in the field and reimbursement rates are too low.

The agency also has undertaken a statewide outreach effort to gather input from providers and other stakeholders, including Native American tribes.

Sen. Michael Padilla, an Albuquerque Democrat who sponsored a bill in the 2019 legislative session to create the new department, told members of the Senate Rules Committee the agency will “pull together a continuum of early education.”

“It’s going to be refreshing for the state of New Mexico ... to have this service and delivery all in one department,” he said.

Much of this information sounds promising and positive, but I have concerns about how this new bureaucracy will interact with the new Children's Cabinet and other state agencies that have purview over children's needs and families' needs in New Mexico. Sounds like too many cooks...and more of the silo approach instead of the truly integrative and dynamic approach that promotes success.

Creating a new Department is very questionable, as the most CERTAIN result is the increase of government overhead and bureaucracy. Then you HOPE for more results. Like praying. And, like praying, you then read the "tea leaves" for results, as we really HATE the idea of measuring results. A quick look into her background is not reassuring. Washington DC, where she comes from, spent a HUGE amount of money per pupil, and the main result was; more moms went back to work. The results were uncertain, the money expended, enormous. Yet, she's the perfect one for New Mexico?? Not obvious... Back to prayer, and perhaps a sage smudge. Please send your favorite prayers to the Governor.