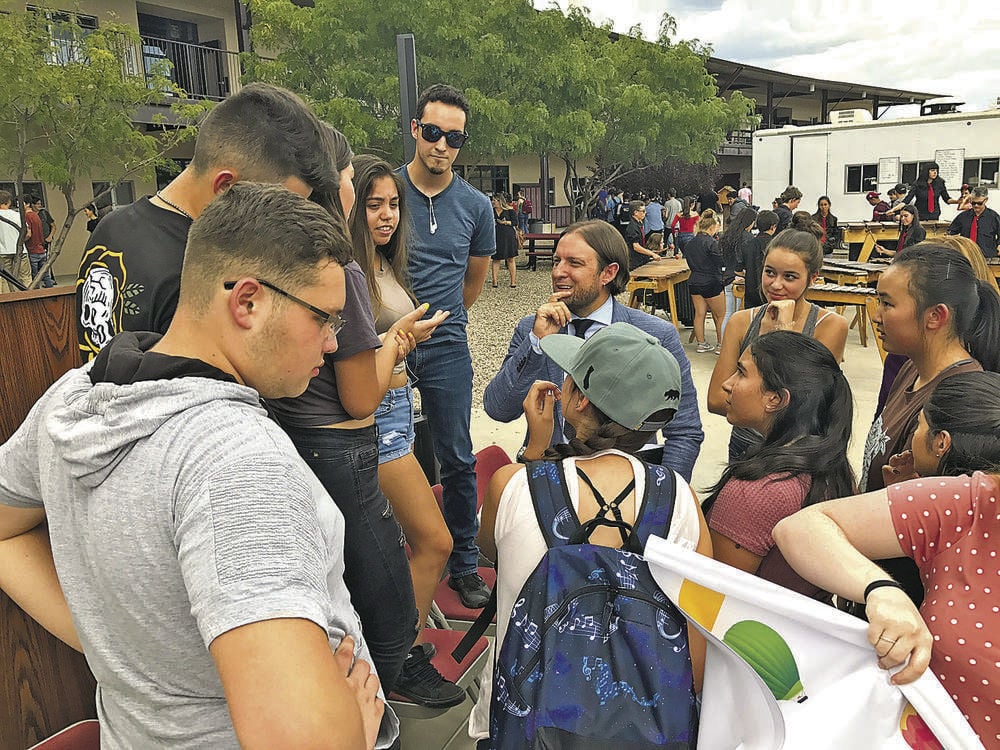 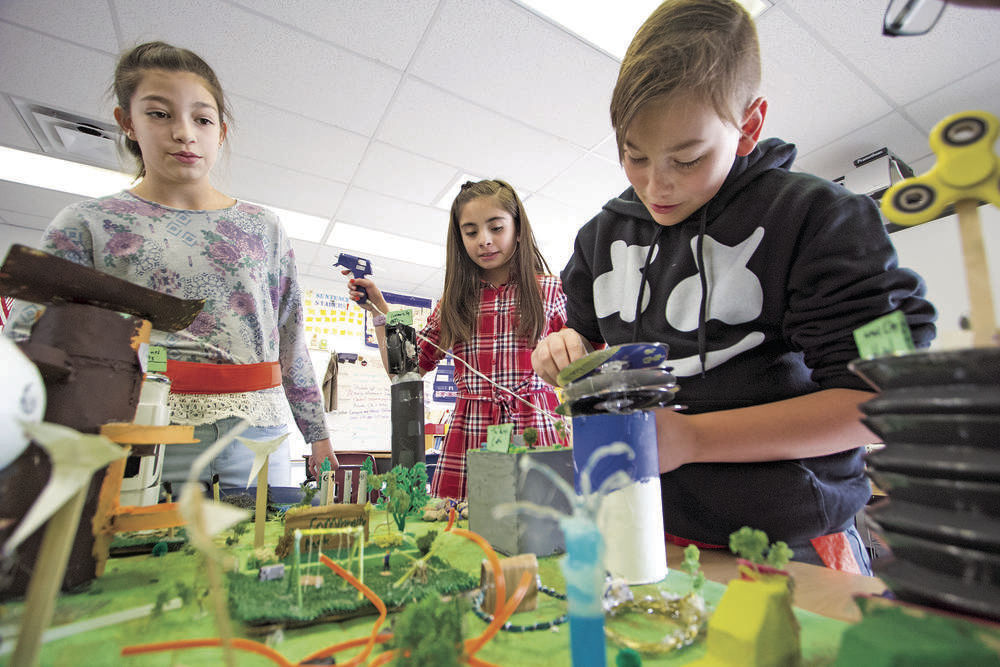 Students at Turquoise Trail Charter Elementary School work on a project for the Future City Competition in January 2017. The future of charter schools in New Mexico remains in question with state government under a new administration. Gabriela Campos/New Mexican file photo

Students at Turquoise Trail Charter Elementary School work on a project for the Future City Competition in January 2017. The future of charter schools in New Mexico remains in question with state government under a new administration. Gabriela Campos/New Mexican file photo

Charter school advocates claim they’ve been on the defensive for years — even under the friendly administration of former Gov. Susana Martinez.

Under Gov. Michelle Lujan Grisham, what’s next for charters is, well, uncharted territory.

While on the campaign trail last year, Lujan Grisham said she would impose a moratorium on opening new charter schools until state leaders had time to review how those in place were performing. What that means in a year when public education funding will be front and center at the Roundhouse remains uncertain.

About 26,000 students attend charter schools in New Mexico, somewhere between 7 percent and 8 percent of the state’s public school population of 330,000, Pahl said.

The notion of anything limiting the growth of charter schools is unsettling for their operators and supporters.

“I think the state would be greatly hurt by a moratorium,” said Matt Pahl, executive director of the nonprofit Public Charter Schools of New Mexico, formerly the New Mexico Coalition for Charter Schools, an advocacy and policymaking entity.

“We would suffer for innovation in public schools in this state if charter schools were not allowed to continue to start up and try new educational ideas and methods for our students,” he added. “This is not to say that school districts are not innovating; they are. But charter schools are more nimble and have room to try different ideas.”

“I’m an advocate for options for parents and students,” she said. “Charters offer that option. And we have educational deserts in this state where there are not a lot of options for families.”

Proponents of charters argue that they give parents and students a chance to thrive with programs that can be more experimental or creative than traditional public schools.

But critics cite national studies showing charter school students generally don’t outperform their counterparts in other public schools and complain they draw much-needed funding away from traditional schools. Some say that’s because the schools operate under their own governing boards, with reduced oversight by the state and school districts.

In 2017, the State Auditor’s Office released an audit of the Public Education Department that criticized the department’s oversight of state-chartered schools, citing procurement code violations, a lack of background and licensure checks for educators, overspending and ineffective financial controls.

Pahl countered that many of New Mexico’s charter schools are proving themselves academically by their school grades from the state, with 24 percent receiving A’s, 18 percent earning B’s and 30 percent getting C’s.

“I’m not sure why we need to look at performance when our schools are performing this well,” he said. Charters often attract students who have dropped out of traditional public schools, he added.

New Mexico has 97 charter schools, some overseen by the state and others authorized by individual school districts. In Santa Fe, the Academy for Technology and the Classics is overseen by Santa Fe Public Schools, while Monte del Sol Charter School and Turquoise Trail Charter Elementary School, among others, fall under state control.

Like traditional public schools, charters are funded by the state through a per-student formula, and they can also rely on the state’s Public School Capital Outlay Council to access funding for rent if they do not own a facility.

Charters also take advantage of the state’s small-school formula, which gives both traditional and charter schools extra money if they have a small student enrollment — 200 or fewer for elementary schools, 400 or fewer for high schools — to help them pay for operating costs.

Though no legislative bills had been filed by Friday to adjust this formula, Pahl said previous legislative efforts to alter it were aimed specifically at charter schools, and that any effort to do that again this year would be “a threat” to those schools’ existence.

Under Martinez, former Public Education Secretary Hanna Skandera remained a vocal and energetic proponent for charter schools, going so far as to use her power to overrule the Public Education Commission, which authorizes charters, when it came to approving at least two new schools the commission had rejected.

And though the number of charter schools did grow considerably during Martinez’s first term — nine in 2011 and 10 in 2012, for example — that figure plateaued in her second term, with four opening in 2015, three opening in 2016 and just one opening per year in 2017 and 2018. And during that time, at least one school closed each year.

Legislature 2019: ‘Education will be at the front and center’

Against the backdrop of a one-year rise in revenue and a court-ordered mandate to improve K-12 education, there’s pressure like never before.