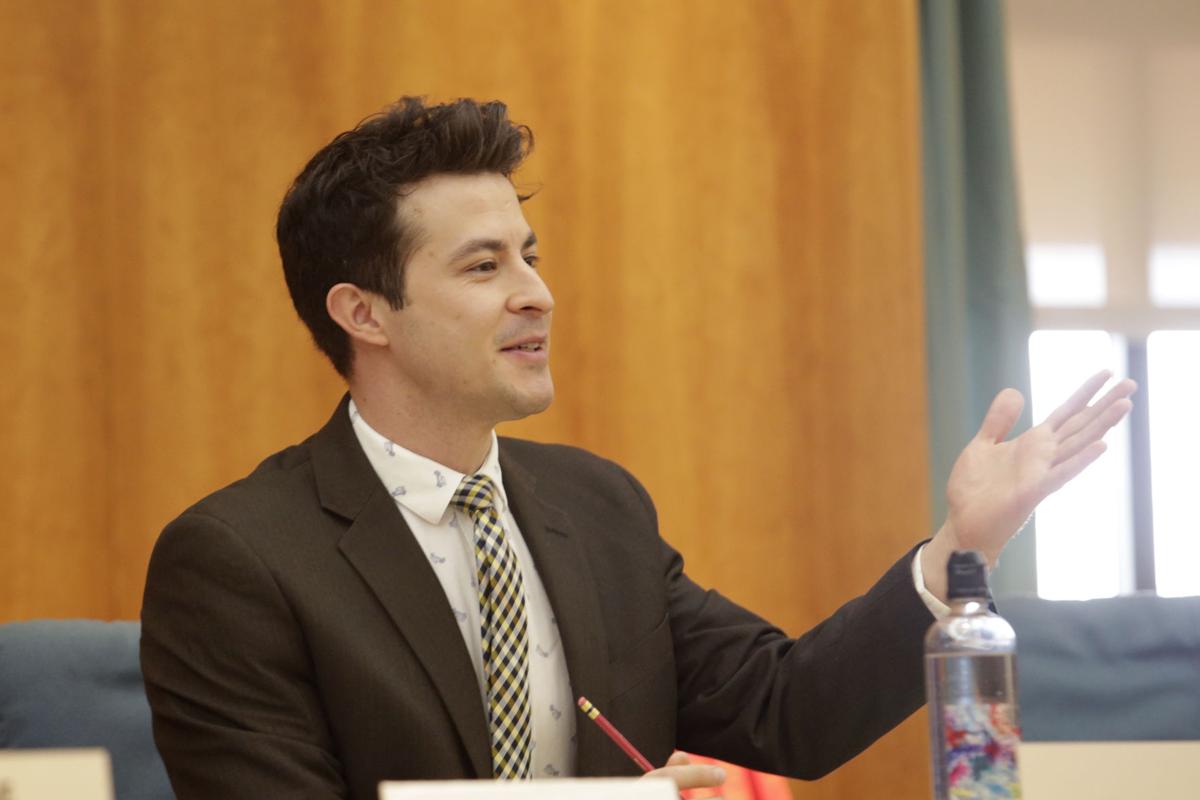 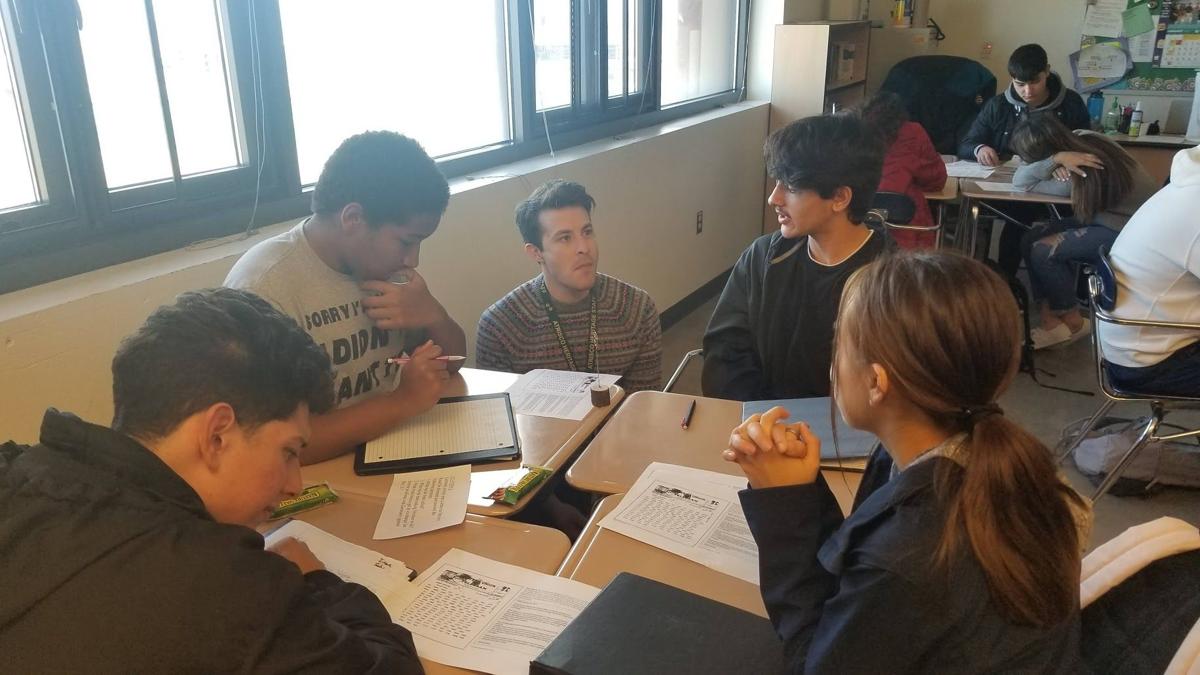 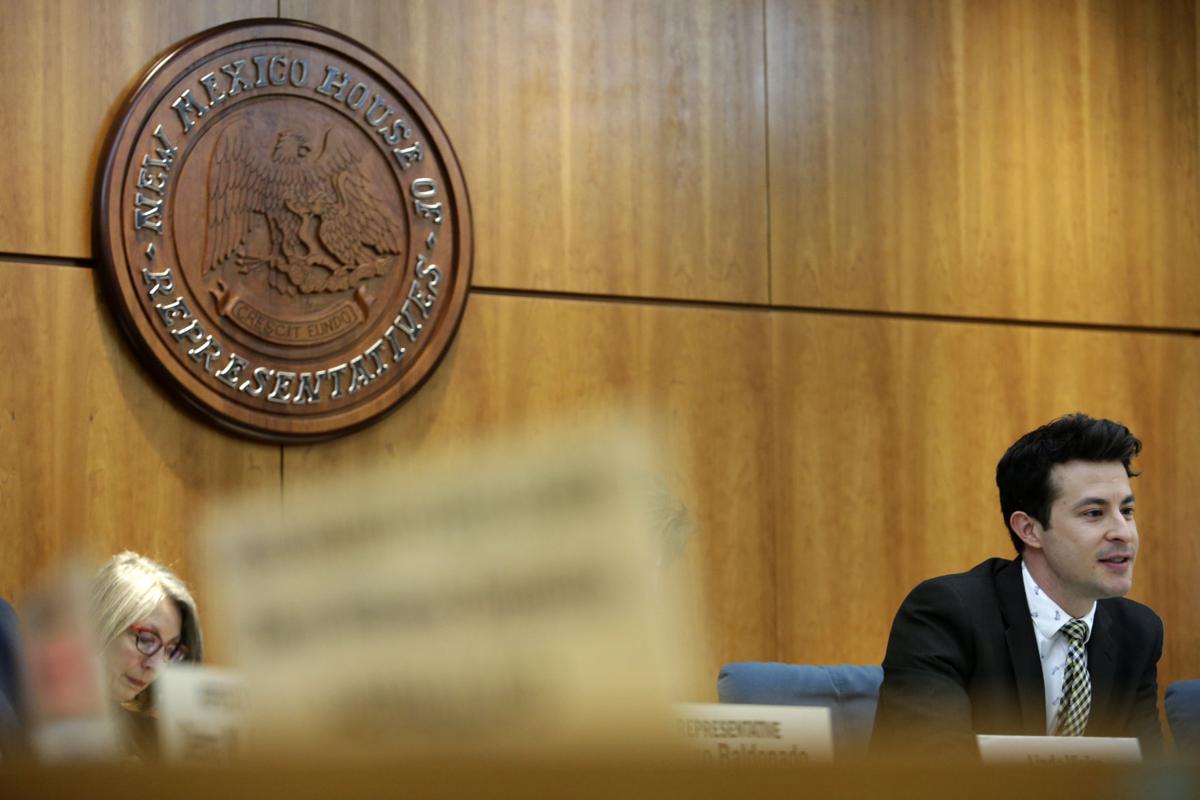 Rep, G. Andrés Romero, D-Albuquerque, is chairman of the House Education Committee and a history teacher in Albuquerque Public Schools.

Rep, G. Andrés Romero, D-Albuquerque, is chairman of the House Education Committee and a history teacher in Albuquerque Public Schools.

G. Andrés Romero offered granola bars he had bought while his students compared after-school jobs tossing pizza dough and waiting tables. After asking a transfer student about where his last history class left off, Romero divided the class into groups to examine U.S. involvement in World War I.

At Atrisco Heritage Academy, Albuquerque’s largest high school with nearly 2,500 students, Mr. Romero teaches American history in the face of hunger, jobs and other out-of-school realities for students in his native South Valley. At the Roundhouse, Rep. Romero chairs the House Education Committee amid a recent surge of teachers and educators in the Legislature who are advocating for the state’s public schools while representing New Mexico’s working class.

“Students are always talking about work, which in a lot of ways make it harder to engage in an extracurricular activity. It makes doing homework more difficult,” Romero said. “I hear them talking among themselves, and sometimes they bring some of these issues they deal with at home straight to me. I think that’s what any teacher adds to the Legislature — a voice that can represent what students face both inside and outside the classroom.”

An Albuquerque Public Schools alum, Romero defeated Randy Saavedra — the son of former legislator Kiki Saavedra — in his first Democratic primary in 2014. His mother, Mary Ann Romero, taught at Los Padillas Elementary in Albuquerque for 20 years before retiring in 2015 in part because of strict teacher evaluations, overtesting and other policies forced by former Gov. Susana Martinez.

While Romero, 33, is occupied by legislative duties, his mother serves as the substitute in his classroom.

“My mom is my permanent sub,” Romero said. “I’ll check emails from students during the session, but she’s got it under control.”

In the last statewide election of the Martinez administration in 2018, the number of current and retired public school employees in the Roundhouse surged to 16, according to legislative bios. Shannon Pinto, a former middle and high school math teacher in Tohatchi, was appointed to replace her late grandfather, John Pinto, in the Senate last summer, pushing the amount of current and former pubic school employees to over 15 percent of all state representatives and senators.

Still, educators lack a seat on the influential Legislative Finance Committee. “We need more teachers in with the discussion on the financing of public education. That’s the broad structural change that I think would be important,” Romero said. “We need to see the [Legislative Education Study Committee] proposal reflected in the budget-making process, period.”

The Legislative Education Study Committee, where six of 10 members are current or retired educators, submitted a budget request that included 6 percent raises for teachers, principals and other school personnel, although superintendents say larger increases are needed to combat a widespread teacher shortage.

The budget approved by the House last week keeps the entry level salary for a Level I teacher at $41,000 per year and contains 5 percent salary increases for teachers and a 4 percent increase for all other school personnel.

“Last year the LESC and the LFC worked together to come up with the moonshot,” Sen. Mimi Stewart, a retired special-education teacher in Albuquerque Public Schools and past chairwoman of the Legislative Education Study Committee, said in reference to a roughly 17 percent increase in education spending last session.

“We didn’t have the same level of collaboration this time around.”

“Those are territorial seats largely dominated by rural representatives where everyone thinks they’re a power broker,” Trujillo said. “An educator getting onto the LFC, I’m not hopeful of that. Not with the way the process works. We need a reality check there.”

Trujillo said she supports the reintroduction of HB 3 in which the Legislative Education Study Committee proposed its own education budget until Republicans took over the House in 2015. Since then the committee has released a budget recommendation instead of a bill.

Madrid, the education assistant in Gadsden, said he’s seen his salary increase from around $16,000 to $20,000 over the last seven school years.

“Sometimes I look across to see my colleagues have lost perspective about who they’re serving,” Madrid said. “I have to remind people we’re 50th in child well-being. We have to understand the problems we’re working to fix.”

Madrid spoke with students about growing up in foster care in Chaparral as well as the need to have more lawmakers who have experience living in poverty.

“A rich retired guy who went to private school and college with people who are all the same as him, they’re not going to know what it’s like in public schools for most people in this state,” said Jonah Lewis, a junior at Amy Biehl. “Teachers see things like homelessness and mental health problems every day. To me, teachers are more valid representation.”

While legislators earn daily pay during the session and are reimbursed for mileage to official meetings, Madrid said he’s losing money when he travels to meet with constituents. New Mexico is the only state without a salaried Legislature, which Madrid and others say discourages young and working-class candidates from running for office.

“In the Legislature, teachers are the closest we get to the blue-collar workers of New Mexico who show up to a job site every day, work for a boss and get a check at the end of the month,” said Sen. Bill Soules, a former elementary school principal who still teaches part time at Oñate High School in Las Cruces. “Teachers look more representative of New Mexico. They’re a more diverse group instead of old retired white males.”

Back at Atrisco Heritage in South Albuquerque, Romero’s students say he understands his district.

“In this area, kids face a lot of problems at home. But I feel like if kids just got put in the right position to be successful, they wouldn’t just become their environment,” junior Chris Rios said after the lesson on World War I.

“I think Mr. Romero gets that. I think it’s important a politician sees that.”