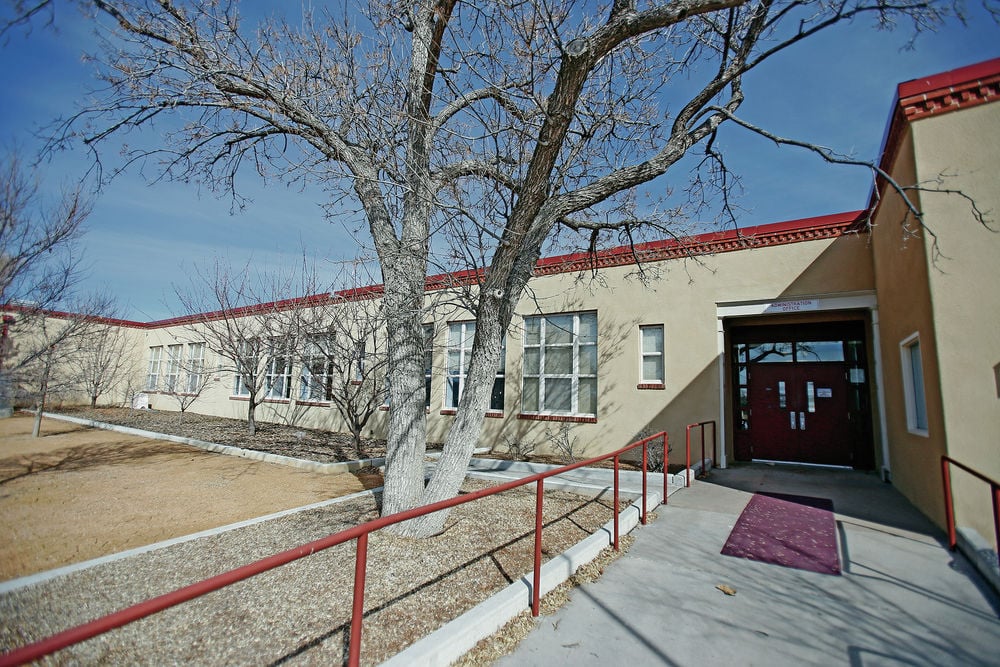 The school board approves selling the vacant Kaune Elementary School to United Way for $3.1 million to open an early childhood center that will serve up to 200 students age 6 weeks to 5 years old. Luis Sánchez Saturno/The New Mexican 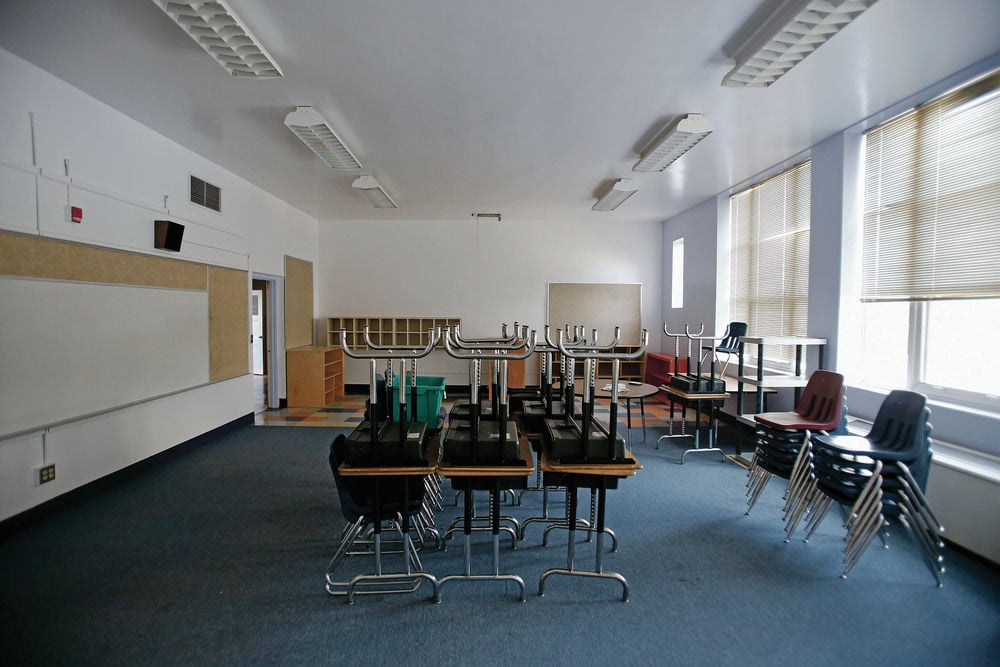 The school board approved a plan to sell the vacant Kaune Elementary School, which will have young children, instead of middle or high school students, at the site. Luis Sánchez Saturno/The New Mexican

The school board approves selling the vacant Kaune Elementary School to United Way for $3.1 million to open an early childhood center that will serve up to 200 students age 6 weeks to 5 years old. Luis Sánchez Saturno/The New Mexican

The school board approved a plan to sell the vacant Kaune Elementary School, which will have young children, instead of middle or high school students, at the site. Luis Sánchez Saturno/The New Mexican

The Santa Fe school board has approved a $3.1 million deal with the United Way of Santa Fe County for the sale of the long-vacant Kaune Elementary School building, a move that will expand early childhood education in the city and help the school district replenish its cash reserves or have money for future projects.

The agreement has been months in the making. In December, the board approved the building’s sale to the United Way at a higher price — $3.8 million.

The United Way plans to use the facility to open a year-round, full-day early childhood center to serve between 180 and 200 children, ranging in age from 6 weeks to 5 years old, said the group’s president and CEO, Katherine Freeman.

“It’s a win-win-win-win situation,” Carl Gruenler, Santa Fe Public Schools’ deputy superintendent for business operations, told the school board at a meeting last week, when the board unanimously approved the lower sale price. Gruenler said the deal is a plus for the district, for proponents of early childhood education, and for both the Kaune community and the city.

Advocates of early childhood programs in New Mexico — a state that consistently ranks near the bottom in the nation when it comes to education measures, poverty and child well-being — see increasing access to preschool, particularly for low-income children, as a key to turning around the lives of struggling New Mexicans. According to a recent state Legislative Finance Committee report, only about 70 percent of low-income students in New Mexico participate in preschool programs. Santa Fe Public Schools has about 600 students enrolled in its half-day and full-day pre-K programs.

The United Way of Santa Fe County currently operates pre-K programs at a site on Agua Fría Street, the old Agua Fría Elementary School building, and at Aspen Community Magnet School, not far from the Kaune building. Freeman said the organization intends to keep offering pre-K programs at the Agua Fría site, but she’s not yet sure whether it will fold the current programs at Aspen into the Kaune facility.

The deal with Santa Fe Public Schools calls for the United Way to pay the district three equal payments of just over $1 million a year for three years for the building, on Monterey Drive off Cerrillos Road.

The plan still has to be approved by the state Department of Finance and Administration. Freeman said she thinks that will happen in April, and then it will take at least a year to remodel the building. About 40 new employees will be hired to run the center.

Kaune Elementary School, named after onetime school board member Alfred W. Kaune, opened in 1949. The district closed it in 2010 as part of a consolidation plan to move students from that school and two others into the new Aspen Community Magnet School. That move drew considerable criticism from supporters of all three schools and Kaune neighborhood residents.

Those residents also protested the district’s plan to sell the Kaune building for about $4 million to the private Desert Academy, a middle and high school. The Academy for Technology and the Classics, a charter school on the city’s south side, considered moving into the space, but those plans also fell through in the face of neighborhood opposition. Kaune residents said the school was intended for elementary students, not older kids whose presence would increase traffic and perhaps cause other problems for neighbors.

Superintendent Joel Boyd alluded to those issues last week, saying, “The community wants little kids in there. We can’t get any littler than the kids who Katherine is going to be serving.”

Freeman said the United Way held one community meeting with neighbors to gauge their response.

“It was very positive, and a lot of people wanted to know if they can be involved with the school in some way,” she said. Freeman said the United Way ran a pre-K class in the old Kaune school for two years, so “we grew close to the people in that neighborhood when we were doing that work.”

Charles Rosacker, who lives next to the Kaune building, said Thursday he has mixed feelings about the sale.

But, he said, “It’s better than a high school. I think it’s something I might be able to embrace over time.”