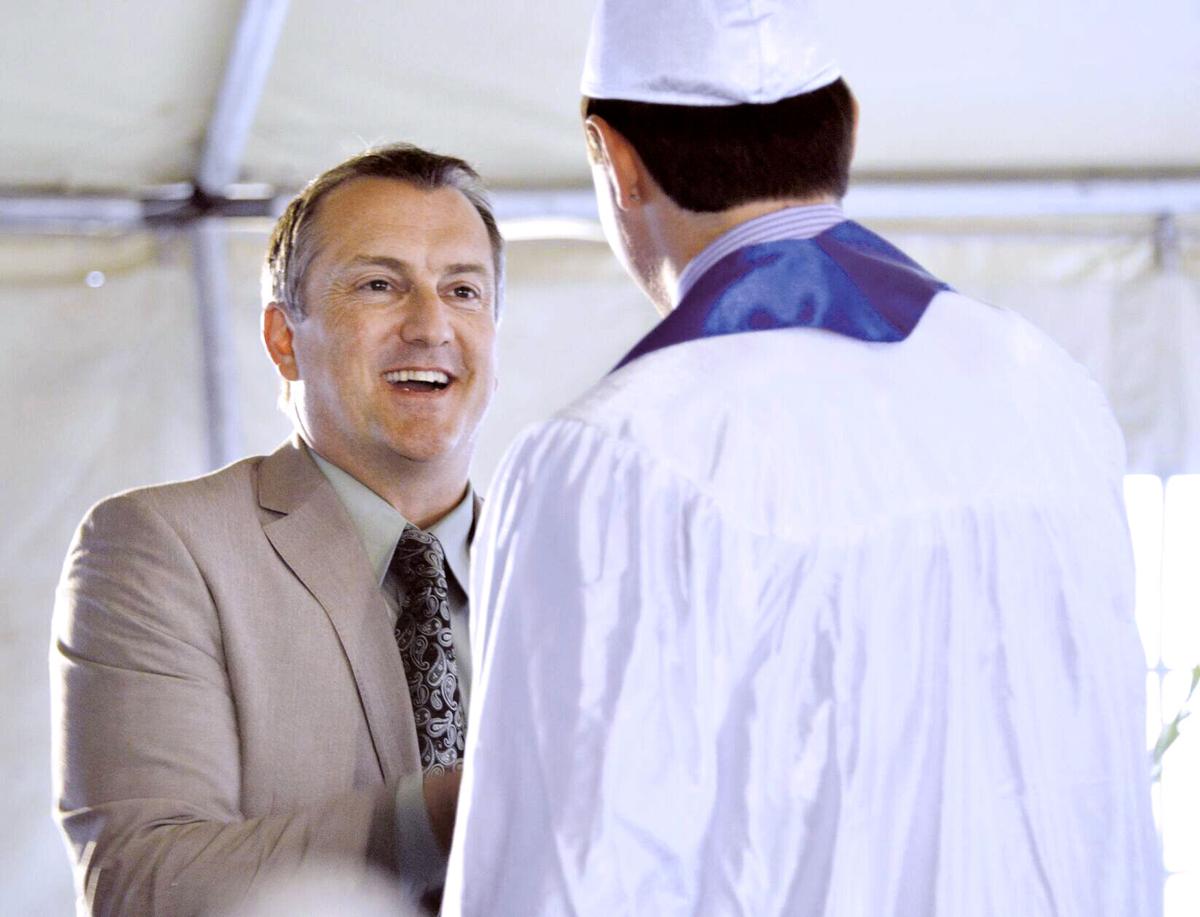 Then-Assistant Head of School Yann Lussiez congratulates a graduate during Desert Academy’s 2017 graduation ceremony. Lussiez in April announced he is stepping down as head of school from the small private school, which is facing financial troubles. 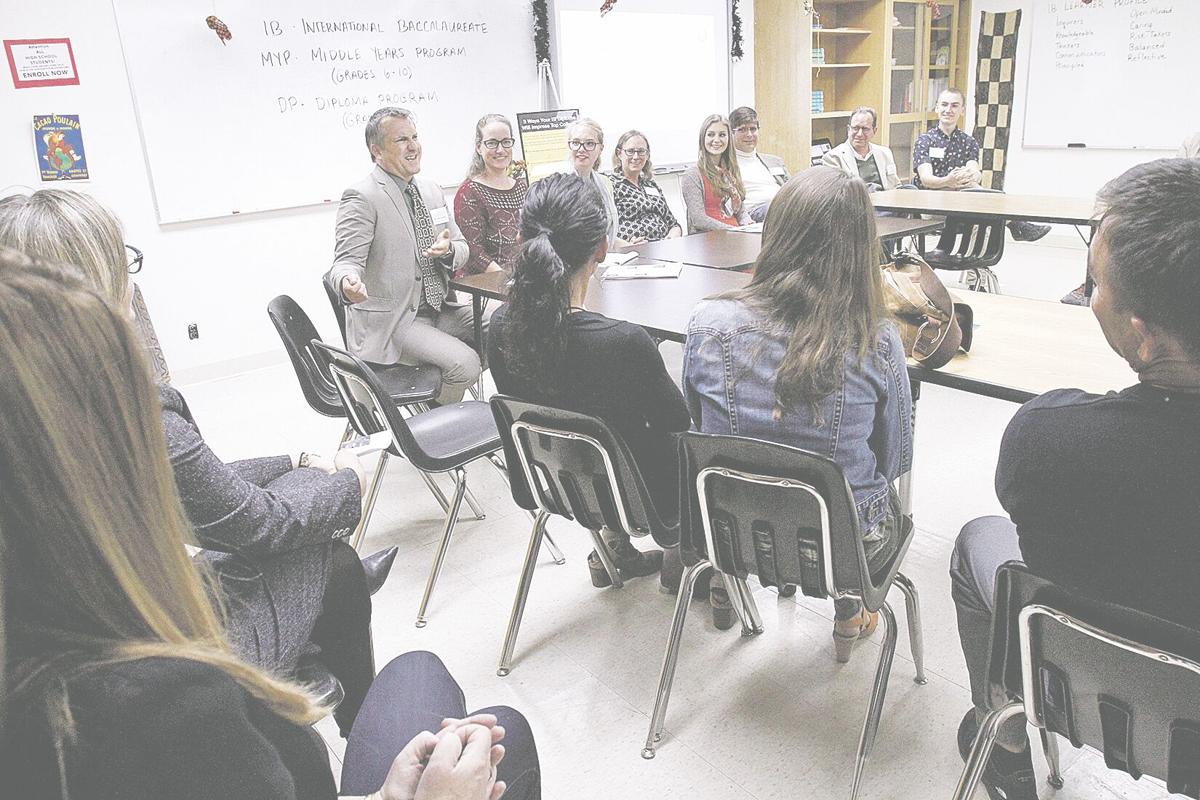 Head of School Yann Lussiez, center, speaks to parents during a Desert Academy open house in 2017. Lussiez in April announced he is stepping down as the small private school face financial troubles.

Then-Assistant Head of School Yann Lussiez congratulates a graduate during Desert Academy’s 2017 graduation ceremony. Lussiez in April announced he is stepping down as head of school from the small private school, which is facing financial troubles.

Head of School Yann Lussiez, center, speaks to parents during a Desert Academy open house in 2017. Lussiez in April announced he is stepping down as the small private school face financial troubles.

Amid pandemic-induced budget cuts and a lawsuit over missed mortgage payments, Desert Academy Head of School Yann Lussiez announced in April he is stepping down from the small private school off Old Santa Fe Trail.

Lussiez will be succeeded by Pat Preib, who has served as the head of middle school at the private Bosque School in Albuquerque for the past three years.

"During this pandemic, we are looking at 30 percent budget cuts across the board," Lussiez said Wednesday in a phone interview. "It was pretty clear that for me to continue, the rate I was getting paid was too high, so we needed the head of school to be dropped."

Lussiez declined to share his salary and said he wasn't forced out by the school's board of trustees. He joined the school in 2016 as an assistant principal, then served as head of school for the past three years. He said he has taken an administrative position with a private elementary school in Maui, Hawaii.

Desert Academy, which charges around $20,000 per year in tuition and fees, was founded in 1994 and moved to its current location in 2012 after sealing a $6.9 million deal to buy land and buildings previously occupied by the New Mexico Academy for Science and Mathematics.

When Desert Academy moved to its current site, school officials told The New Mexican they hoped to use the campus to help grow enrollment from 170 to 250 students. Lussiez said enrollment was 128 students in grades 6-12 this school year and is expected to drop to around 100 students in the next school year.

According to a lawsuit filed last month in First Judicial District Court by Molly Multedo, whose family sold the campus, when payments increased to $19,200 in August 2018, Desert Academy and Multedo's representatives eventually agreed to lower payments to $10,000 through July 2020 under the condition that Multedo could foreclose on the school if it failed to fulfill the agreement.

According to the lawsuit, Desert Academy informed Multedo in February that it would not be able to resume originally scheduled payments in July. It asked for the rate of $10,000 per month to continue through August 2021. After that request was denied, Desert Academy informed Multedo in March the school "was not in a position to continue current mortgage payments," according to the lawsuit.

In April, Desert Academy received a letter stating it was in default for failing to make payments, according to the lawsuit. Multedo and her representatives are now asking for around $7.2 million in payments, interest and late fees, more than the $6.9 million the school agreed to pay in 2012, as well as for the property to be foreclosed upon and sold, according to the lawsuit.

Well, without looking at the books, it's impossible to tell if there was financial mismanagement. (Although, there probably was to some degree to be this deep in the hole)... Under normal circumstances, it would take a Herculean effort to dig themselves out from this kind of crushing debt. In the current economic climate, I don't know if it's even be possible. Any way you look at it, the Desert Academy has a very hard road to hoe. And while I wish them well, it's very unlikely they will survive it.

Chili: A smart choice for fall