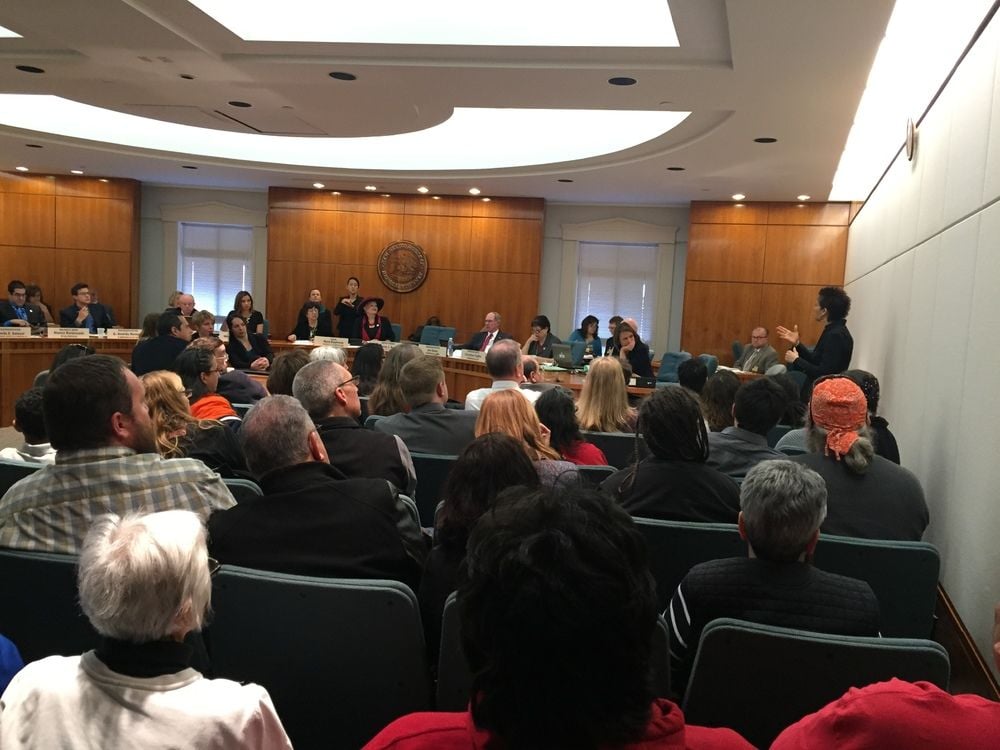 Corina Gutierrez, right, testifies before the House Education Committee on Tuesday at the Capitol over a House memorial to address the possibility of creating a four-year college on the campus of the New Mexico School for the Deaf in Santa Fe. In the face of almost total opposition to the measure, state Rep. Antonio “Moe” Maestas, D-Albuquerque, withdrew his memorial. Robert Nott/The New Mexican 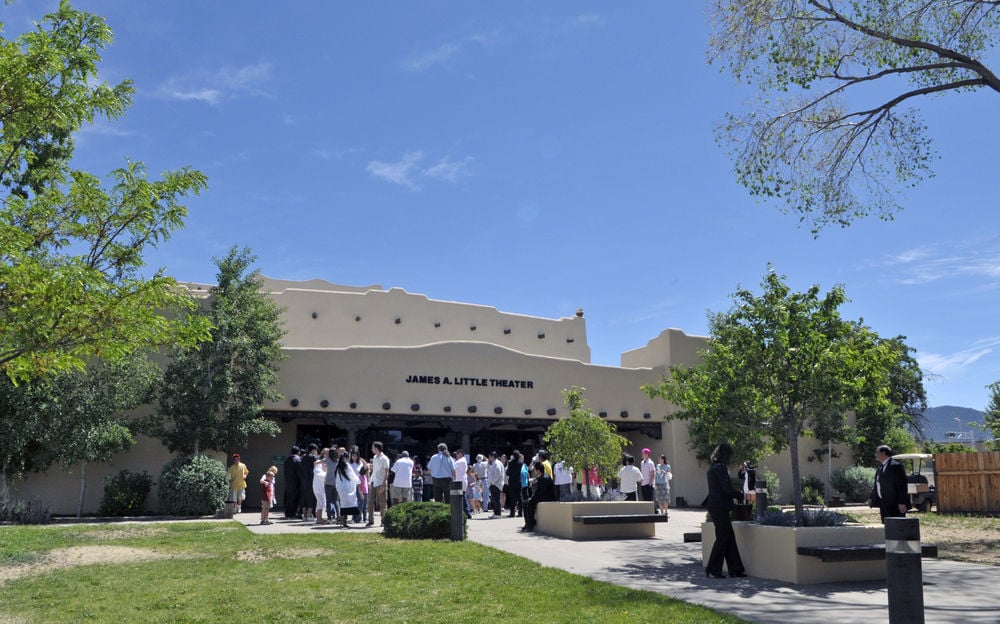 The New Mexico School for the Deaf in Santa Fe is shown after a graduation ceremony in 2010. New Mexican file photo 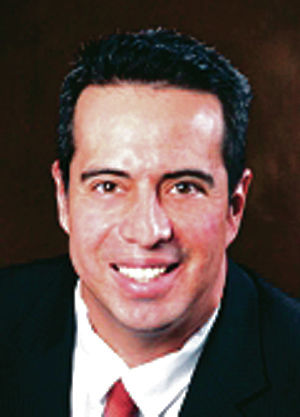 Corina Gutierrez, right, testifies before the House Education Committee on Tuesday at the Capitol over a House memorial to address the possibility of creating a four-year college on the campus of the New Mexico School for the Deaf in Santa Fe. In the face of almost total opposition to the measure, state Rep. Antonio “Moe” Maestas, D-Albuquerque, withdrew his memorial. Robert Nott/The New Mexican

The New Mexico School for the Deaf in Santa Fe is shown after a graduation ceremony in 2010. New Mexican file photo

State Rep. Antonio “Moe” Maestas says he didn’t set out to change the mission of the Santa Fe-based New Mexico School for the Deaf. He simply wanted to study the possibility of expanding opportunities at the school by adding a four-year college for deaf and hard-of-hearing students to the campus.

But supporters of the public school packed a House Education Committee hearing Tuesday to let lawmakers know they do not want to dilute the school’s purpose: to prepare deaf and hard-of-hearing K-12 students for college and careers. School for the Deaf staff, students and supporters said Maestas, D-Albuquerque, did not even reach out to them to discuss the plan or ask them to be part of it.

Sen. Nancy Rodriguez, D-Santa Fe, appeared at the hearing to speak against Maestas’ proposal, saying it was the first time in her 20 years at the Legislature to speak against House legislation during a committee debate. She said Maestas’ efforts would lead to a dismantling of the school as it stands now.

After listening to opposition to his measure for about an hour, Maestas withdrew House Memorial 21, which asked the Legislature to create a task force to study the possibility of setting up a college at the school and included language that said the task force would study “conversion to a post-secondary educational institution.”

“This is a huge victory” for the school, said New Mexico School for the Deaf Superintendent Rosemary Gallegos. “Any bill that strives to weaken the school is not to be tolerated.”

Maestas apologized to the group for any anxiety his proposal caused. He told the Education Committee he had been working off the recommendations of a 2014-15 deaf education task force, which suggested the state consider an expansion of the deaf school campus to create a four-year-college to meet the needs of a larger community.

The task force’s report is still being compiled, but the Legislative Education Study Committee’s analysis of HM 21 says, “The concept of a four-year post-secondary institution at NMSD was never considered in the final goals and action statements of the task force.”

Advocates for the school said after the hearing Maestas’ use of the term “hearing impaired” — rather than “deaf” or “hard of hearing” — was offensive to them and proves he knows nothing about their community.

Critics also said Maestas’ bill and his testimony were full errors, including his assertion that the only post-secondary educational institution in the U.S. to offer a degree program in both English and American Sign Language is Gallaudet University in Washington, D.C. Other colleges, including the Southwest Collegiate Institute for the Deaf in Texas, offer similar opportunities, they said.

Several graduates of the deaf school — almost all of whom spoke in sign language and had their statements translated with the help of an interpreter — spoke of the success they are enjoying in colleges around the state that do offer services for deaf and hard-of-hearing students.

The school for the deaf opened in 1885 and has about 130 students enrolled.

Still, Maestas said his memorial “served its intended effect — to continue the dialogue from the task force to policymakers in the Legislature on how we can best provide every educational opportunity possible for deaf and hard-of-hearing children.”

No one spoke in favor of Maestas’ bill.

Raphael Martinez, executive director of the Albuquerque Sign Language Academy, said he was “neutral on the proposal,” but that he favors any opportunity to improve education for deaf and hard-of-hearing students.

Lawmakers on the committee praised Maestas for his past efforts to improve education.