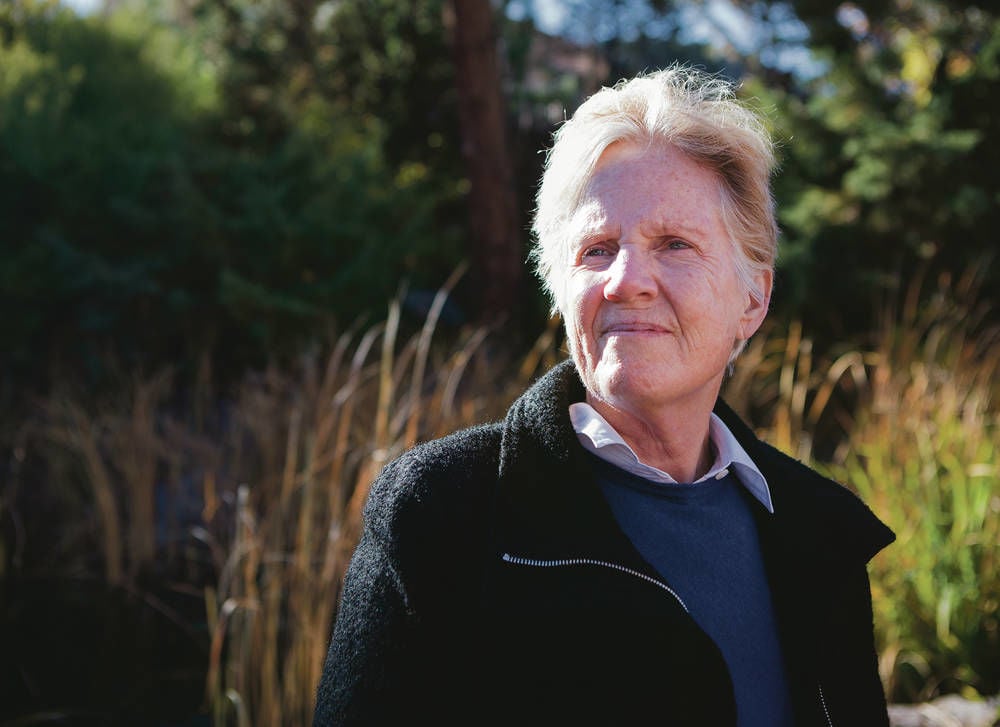 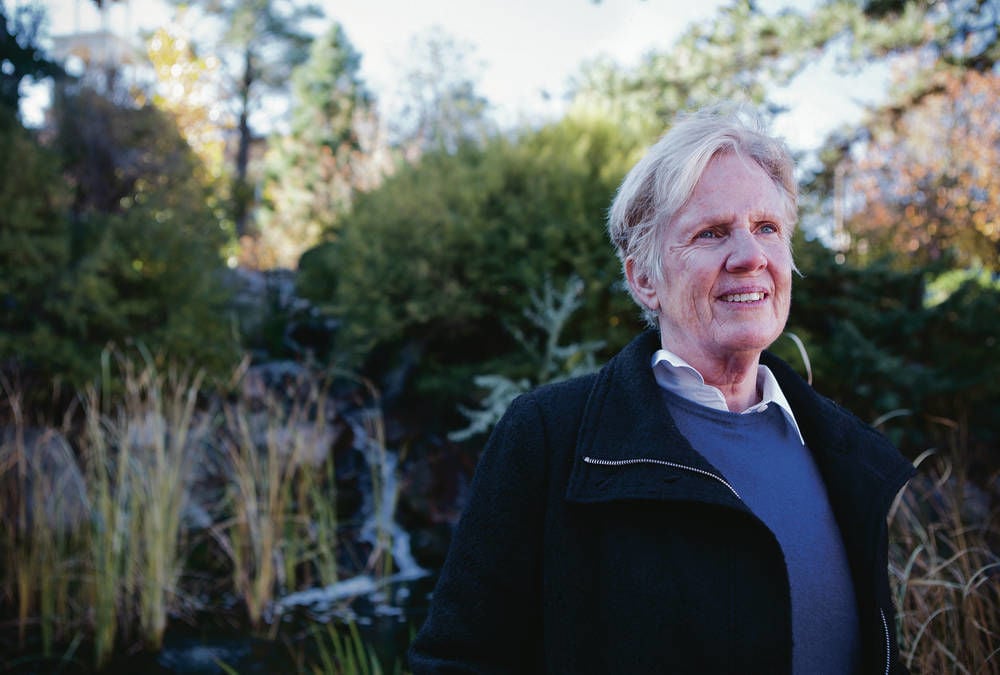 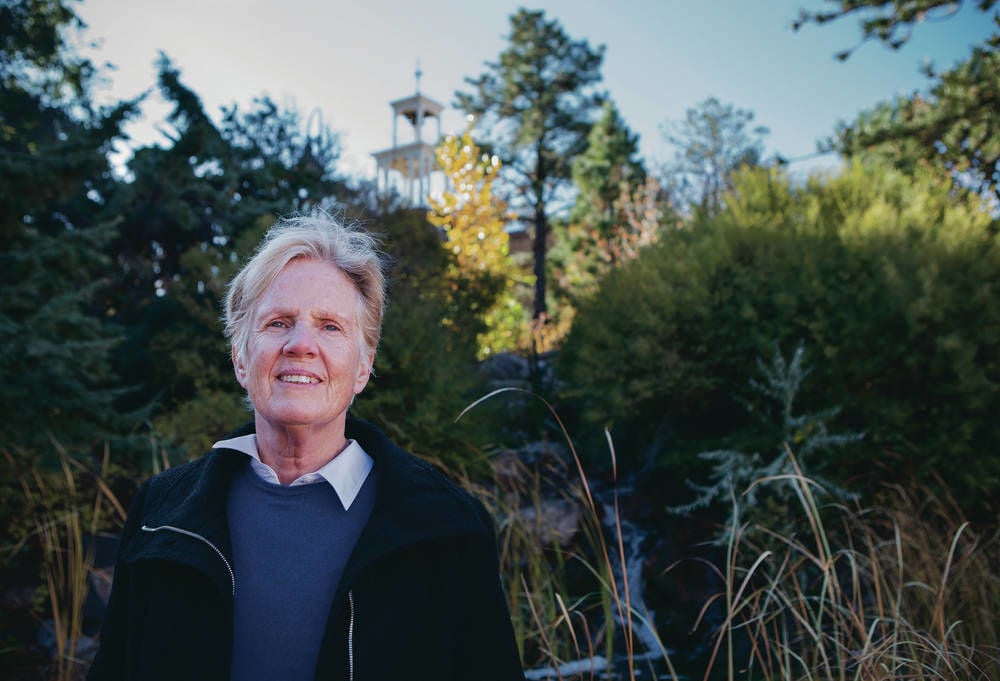 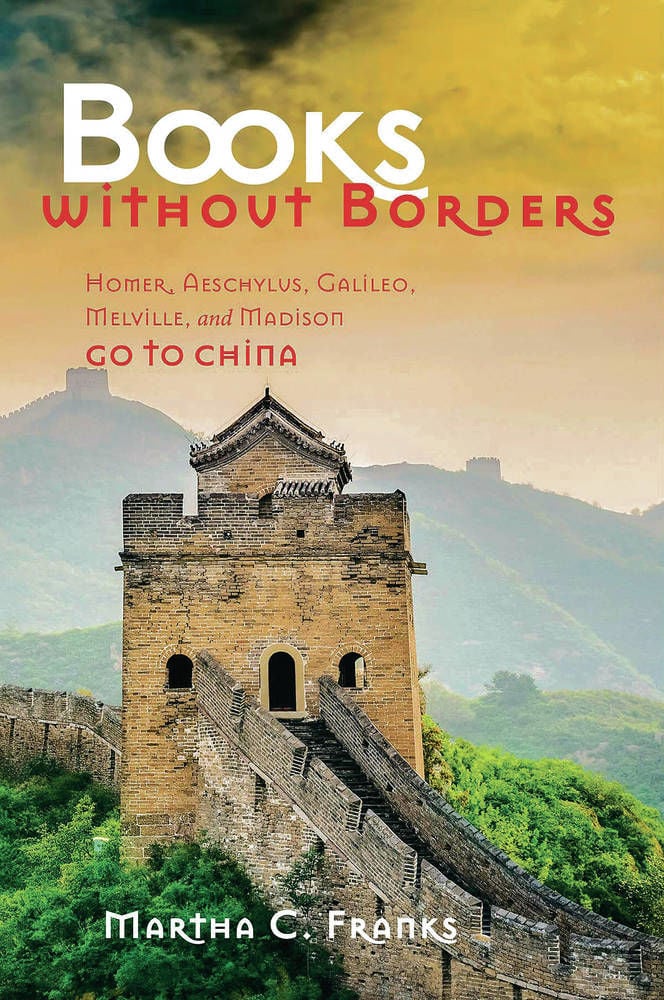 St. John’s College tutors Martha Franks and her husband, Grant, spent two years teaching at a secondary school in China. There, they introduced seminar-style discussion to students who had grown up regurgitating correct answers to multiple-choice tests.

Most Chinese students spend years preparing for the Gao kao, the Great Test — one they take in the last year of high school. Their test results determine whether they will continue on to a superior university, or have to attend an institution far less prestigious.

In other words, it’s a test that calculates whether they have succeeded or failed in life.

There is enormous pressure to do well on the test. Most students are an only child, and they feel an obligation to their families — two parents, four grandparents, eight great-grandparents. Grant Franks compares this to a large, upside-down pyramid resting on the student. The teenager is at the bottom, burdened by ever-expanding levels of ancestors who expect academic success.

Franks’ students in China had chosen a different track. They attended Dalton Academy, which was preparing them to attend university in the United States. Instead of working to ace the Gao kao, they were studying for the SAT and TOEFL (English as a Foreign Language).

Martha Franks learned that school in China meant getting the right answers on tests, and that was all students expected from their education. A first-time author, she wrote about her experiences in Books Without Borders: Homer, Aeschylus, Galileo, Melville and Madison Go to China.

“As far as they knew, doing well on tests was the only point of school,” Martha Franks said, adding she disliked tests and mystified her students by not giving them.

“It was like telling a soldier not to drill for battle, or an Olympic athlete not to train for a sporting event. … My argument, that a person might genuinely be interested in learning, seemed to them a quaint, if charming, frivolity. They could not afford to indulge in it.”

Nevertheless, she persisted, having her students arrange themselves in a circle and discuss books rather than sit in the traditional rows and listen to lectures.

She introduced them to Achilles and the Greek gods. She asked them questions like “What is the best life?” They tried to understand Captain Ahab’s obsession with the white whale in Moby Dick. They discussed revolution, steering away from China’s in 1949, and concentrated on the French Revolution in A Tale of Two Cities. The students compared the French Reign of Terror to China’s Cultural Revolution.

There were many cultural abysses to navigate. The students had grown up in an atheist country. They couldn’t understand how the Greek gods could be so silly and vindictive. They hadn’t lived in a society permeated by the Christian idea of original sin.

In classroom discussions, Martha Franks became aware of how important Roman ideals of government are to our understanding of society. For hundreds of years before Emperor Augustus, Romans lived in a republic. They believed strongly in “no kings,” a philosophy followed by America’s founding fathers and woven into our modern society.

The Chinese, of course, have had emperors and strongmen for millennia, including Chairman Mao and Xi Jinping.

The Franks were in China when President Barack Obama ran for his second term. The Chinese also were choosing a leader, but there were no messy yard signs, no debates, no ballots. In fact, censorship increased — Franks was told 3 million of Beijing’s 21 million inhabitants were employed as censors.

Our idea of elections was foreign to the students. One told Franks: “Governing requires skill. There is no voting on what doctors and scientists skillfully do. Why should there be voting for government officials?”

She and her husband learned as much about another culture — and about their own — as their students did.

Franks taught five classes per semester, some 160 different students during her two years in China. Her classes read piles of books, printed on the school’s own press — copyright ignored.

“Maybe I asked more of them than a person with experience teaching high school would have asked,” she said.

Five of her students came to St. John’s College in Santa Fe. Others attended other U.S. colleges and universities such as Bard, the University of Pennsylvania and the University of Rochester. They were part of an experiment by the Chinese government to have students learn about Western traditions.

China is ambivalent about liberal arts, she said. On the one hand, its leaders’ theory is that liberal arts are the key to creative thinking, which could help China compete with the West.

On the other hand, “The Central Committee finds creative thinking scary,” she said, adding it wants it to stay in books, not spill over to government.

Franks said the Chinese were wounded deeply when Westerners surpassed them technologically in the 19th century and subjected them to colonialism. They have no doubt, she said, that they will surpass the West again.

In her book, she compared China to a giant, but one that is struggling to find its balance in the modern world.

She will present “Joining the Great Conversation: An Experience in China,” at 7:30 p.m. Friday, Nov. 1, at the Great Hall, St. John’s College.

What: Martha Franks will talk about her 2012-14 experiences in Beijing and her recently published Books Without Borders: Homer, Aeschylus, Galileo, Melville, and Madison Go to China.